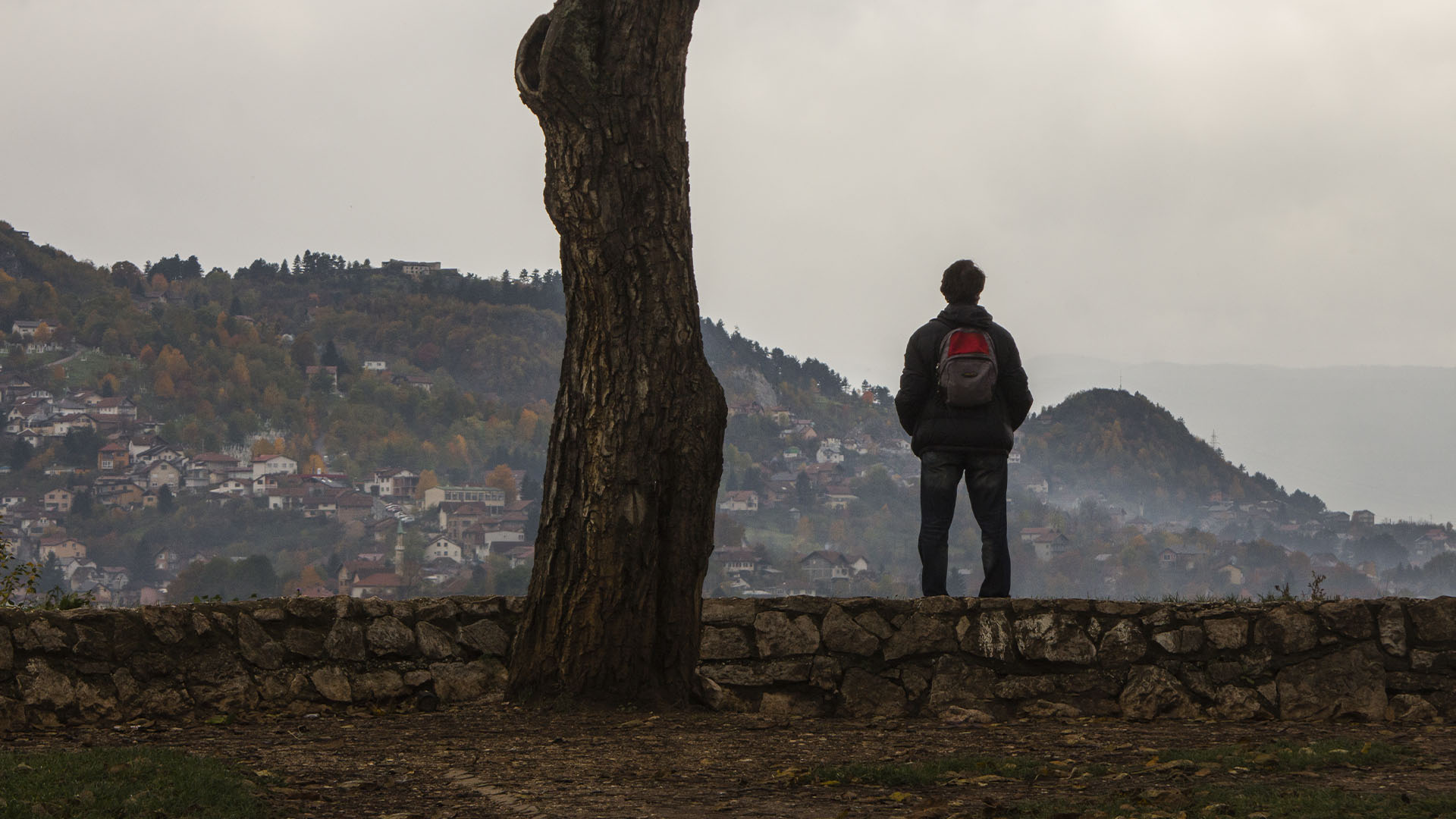 The Long Healing of Wounds in Bosnia

One man’s painful journey with God has given him a unique heart for the suffering of Bosnia’s people.

The Bosnian War is still not forgotten.

When you stroll through the city of Tuzla, you can still see buildings riddled with bullet holes. Political corruption, economic issues and unemployment have dogged Bosnia since the bloody conflict that erupted between Bosnian Serbs and Muslims.

Over two-thirds of Bosnians, especially the younger generation, are unemployed; many are also deeply disillusioned by the ethnic divisions that plague society.

Aleksandar Cipra, better known as Sasha to family and friends, also felt this emptiness growing up. In rebellion against the hollow restrictions of his Catholic upbringing, he filled his life with drugs, alcohol and wild parties. The further he fell into debauchery, the emptier he felt; and as he sank, he felt a creeping terror of his disobedience being watched from heaven.

The Weight of Heaven’s Eyes

Sasha fearfully started attending masses again, volunteered to sing in the choir and tried to fill his life with better things. Towards the end of the war, he heard someone tell the biblical story of the prodigal son, and he felt God touch his heart.

The idea that God was speaking to him, that God knew his situation, was shocking.

As he began to feel God’s presence more and more, Sasha could not shake the thought that God would kill him for his sins. He was so filthy and guilty. Desperate, he asked his father to forgive him for his wild youth. That didn’t ease his conscience, so he went to a priest for confession. Still the weight of God’s eyes on him would not lift. Nothing was helping.

Late in 1995, as the Dayton Peace Agreement was wrapping up the war, an evangelical group came to Tuzla. Sasha attended one of their outreaches out of curiosity, and when the offer for salvation was given, Sasha prayed to Christ directly. No priest was involved this time.

God moved and filled Sasha with the Holy Spirit. He decided to make his proclamation to serve the Lord public by getting baptized.

He met a lovely young woman who was also a new Christian. They had two children together and were making new plans about how they could serve God together. However, God called her home unexpectedly.

Sasha and his children all struggled with this sudden loss. His son, in particular, became very angry and began hanging out with other young adults who made his father uneasy. Whenever he tried to talk to his son about God or church, his son would shoot back, “What is God able to do? He took my mom.”

One night, while lying in bed, Sasha had a vision of Christ. His wife was with Jesus in the throne room, and he heard Jesus say, “Don’t worry. I will care for you and your family. I will not leave you or lose you.”

With this promise carried close to his heart, Sasha finally felt like he had strength to move forward. Shortly after this event, his mother also accepted Christ. She began praying for Sasha and his children, offering to look after them anytime that he needed to travel for ministry work.

Today, Sasha continues to use his gifts of evangelism to teach and help his community. He serves as the president of Udruzenje Edukacija Zdravlje Zajednica, the Association for Community Health and Education, World Challenge’s partners in Bosnia.

More than anything, he has a heart to serve the Roma communities in Bosnia and Herzegovina and beyond. He dreams of seeing development take place all over his homeland and the neighboring countries of Croatia and Slovenia.

He is also waiting for the day that his son will see how big and great God’s love is and his family is healed along with his country.