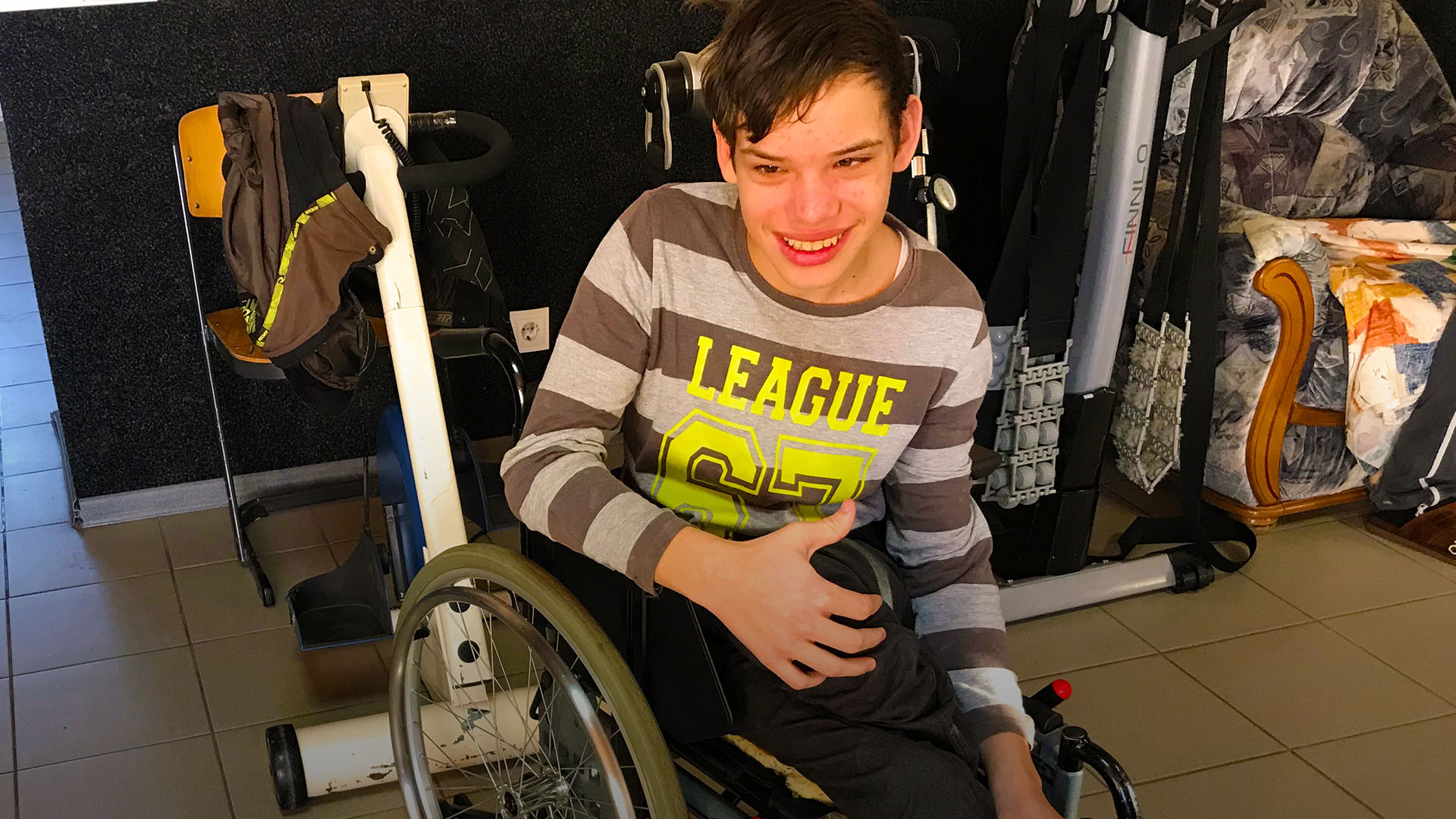 A New Home and Life in Moldova

In one of Europe’s poorest countries, one young man finally found a safe home and also humanity’s Savior.

The first thing you will notice about a Moldovan orphanage is its silence.

Children in these institutions are often not allowed outside, forced to lay in their cots and ignored by workers who only address their most basic needs.

In Moldova, thousands of children are in orphanages, but only about two percent are actually orphans. Thanks to deep-seeded issues of unemployment alongside stigmas against disabilities, many parents leave their children at state-run institutions, believing they are doing what is best.

Aging Out of the System

Zlotea was diagnosed with cerebral palsy at birth and dropped off at the state orphanage for handicapped children.

Records about where he’d been born or who his father was were all sparse. His mother was a prostitute who lived on the streets and was sometimes seen wandering with the Roma in the nearby city. Somewhere in the mix, there were three younger children who were Zlotea’s brothers and baby sister.

Unlike many children who are ejected from Moldova’s overburdened orphanage system when they are 15 years old, Zlotea wasn’t able to simply make do with odd jobs and thievery like most abandoned children.

His disability would’ve spelled disaster for the young teenager alone on the streets.

The orphanage workers were able to locate his grandmother and bundled him off to live with her. He arrived at a tiny shanty where she had been eking out a living for years. The shack had no bathroom, electricity or running water.

She had no idea how to provide for someone with a physically limiting handicap.

Conditions in the state orphanage had been rough, but here they were outright grim. If matters didn’t change quickly, Zlotea knew he would have no future.

He considered his options. While at the orphanage, he’d suddenly been informed that some people were taking children to a Christmas event. He was sent along with a group, and he’d been startled by how pretty and clean the center was where they celebrated the holiday.

If only he could go back there.

A Series of Obstacles

Zlotea found a phone he could use and called the local city hall. There, he knew social workers had their offices, so he calmly asked the secretary if he could speak with one. Once the social worker answered, he explained his situation then described the center.

“Please find their contacts,” he said, clutching the phone tighter. “Please find a way for me to go there!”

The social worker reached out to the team members at the home, but they gently explained that they didn’t have any rooms available at the moment.

However, the social worker had been appalled by Zlotea’s living conditions, and she continued calling the center to see if there was any possibility, any at all, that they could make room and take him. She was so insistent that one member of the team decided to go out and visit the young man.

As soon as Zlotea heard, he began packing, laboriously pulling all of his belongings together and folding them into a small bag.

He was determined to find a new home.

When his grandmother invited in their visitor, Zlotea was sitting on his cot, dressed and ready to leave with his bag beside him.

Slowly, painfully, the team member explained that this was just an assessment visit. Their center did not make a habit of swooping in and taking children from their current residences without careful consideration.

All very sensible, but Zlotea couldn’t keep from feeling like he was crumbling inward with disappointment.

The team member inspected the house, talked to the grandmother, spoke a little more with the young man, then marched outside to make a call.

When the center worker at the front desk picked up, he told her, “Find an extra bed. Put it somewhere, anywhere. I’m not returning without this boy.”

Then he went inside to tell Zlotea.

Heart soaring, Zlotea watched them pack his few things into the center’s car and then said goodbye to his grandmother as they carried him out. Trees and road signs whizzed by as he stared out the windows.

“I can’t describe his joy,” one of the team said, “when we brought him into the center and he saw the other young people, many of them just like him.”

The conditions in the center were much nicer than they’d been at the state orphanage, and the workers were happy to be there, kind and loving to the people who lived at the center. They spoke often about Jesus and the work he’d done to save them.

It took Zlotea about a month to really understand that Jesus had died for him too, and then he accepted Christ as his savior and God. Few months later, he was baptized.

Now physically and spiritually, he was looking forward to a new life.