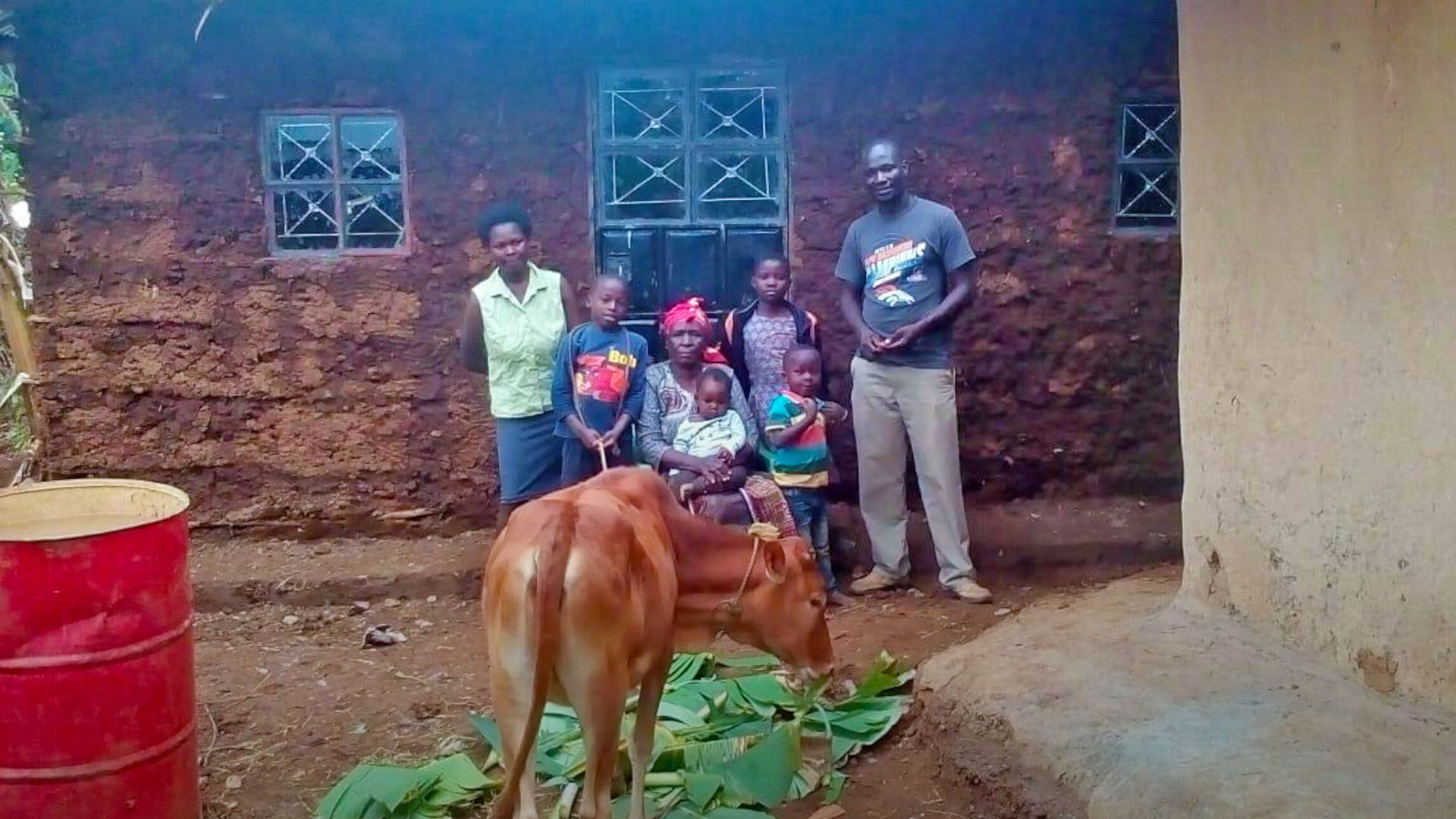 One woman refused to allow tradition to separate her and her grandchildren, and God made a way for them.

A woman in Kenya who has just lost her husband is immediately faced with a terrible choice: To be “cleansed” or not.

A widow in Kenya is generally considered to be at best cursed and at worst a witch. “Cleansing” supposedly frees them from evil magic, or at least from their neighbors’ suspicion and vitriol.

This process can range anywhere from being forced to sleep beside their husband’s dead body for three days all the way to being forced to have sex with a strange man and having their clothes burned.

The ordeal often involves the widow being “inherited” or married again whether she wants it or not. Most men will refuse to have anything to do with her children.

The pressure to abandon their little ones can be intense and often women will leave their children with their own mother or other relatives.

If a woman refuses to be cleansed or inherited, the punishment can be severe.

Flight to the Slums

When an accident took her husband’s life, Stella refused her family’s demands that she be inherited. She feared contracting HIV, a common issue for women who are cleansed, and she refused to abandon her youngest son who wasn’t old enough yet to live on his own.

She was forced to flee her home and ended up in one of Nairobi’s slums.

After the December 2007 elections in Kenya, protest over the results overflowed into violence. The worst of it hit poor areas as people’s frustration with being trapped in cycles of poverty boiled over.

Stella lost two of her older sons in the outbursts. Both their wives bowed to the social pressure to be inherited and abandoned their children with Stella in the slum.

She was left with her 7 grandchildren, and two of the little boys had mental disabilities.

A local church, our partners in the area, heard about her situation and offered her food vouchers. Members also began visiting her to offer her and the children company and emotional support.

One of the ministry leaders came to World Challenge with a proposition. If our mercy ministries would fund a project to relocate Stella out of the slums, the church members would help her reclaim her land.

First, though, the church had to see if Stella’s village would accept her back.

Rising Up and Returning Home

They returned with Stella to the village where she had been displaced 16 years before.

Luckily, they discovered that only a few distant relatives were still living there. They talked to these cousins along with other community members, and everyone agreed to accept Stella. They also investigated the area to make sure a school was nearby for her grandchildren to attend.

When they came to the property, however, they found that Stella’s old house had collapsed. Worse yet, it’s considered taboo for a widow to construct a house before she’s been cleansed.

The church leaders ignored tradition and offered to help her build a new home.

Stella decided to trust that God valued her, even if her culture did not; and if the church was giving her this house, she would accept it.

Church members gathered to pray over her, the land and the home.

Here she would be able to garden and raise chickens and other small livestock that would allow her to become self-sufficient. Her grandchildren would be able to receive an education and find new life outside of the slums.

The church hopes that, with Stella as a model, they will be able to help other widows escape Nairobi’s slums and build new lives.