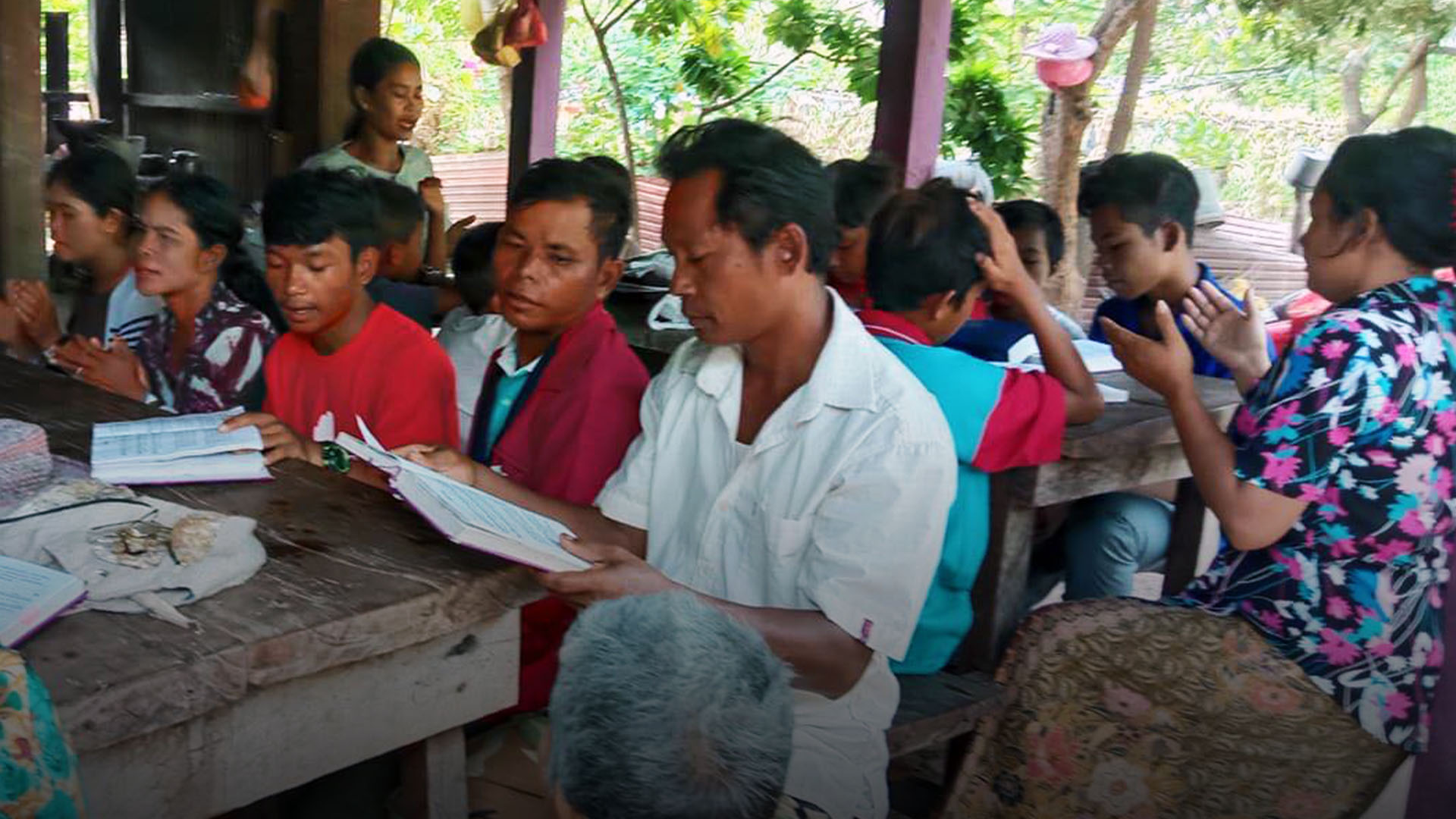 The Holy Ghost in Cambodia

One man found the key to escaping his culture’s long-held fear of evil spirits and sorcery in a simple search for new work.

Cambodia, like many of its Southeast Asian neighbors, is a hotbed of spiritual beliefs.

The country is at a central point of the peninsula and home to Cham, Chinese, Vietnamese and French philosophical counterpoints where sacred traditions and animism have blended into a chimera of religion.

“Neak ta spirits preside over certain places and today farmers ask their permission before changing any aspect of the landscape,” one cultural researcher found. This is no idle cultural tale, either. He also discovered “two recent studies which claim that neak ta spirits are present at events of mass faintings in factories – showing outrage that a building was erected in their space and demanding compensation for distressed workers.”

Any person’s burial site might become a spirit hot-spot, and you can only hope that they transform into a benevolent spirit. Given the number of premature deaths from political upheaval and poverty related causes, though, that’s a forlorn hope.

“Untimely or violent deaths were seen as the cause of unhappy spirits, including women who died in childbirth, for whom an especially long and complex ceremony should be performed, in which the spirit is encouraged to come home to the spirit house of the family.

“Without this ceremony the spirit would wander unhappily. Participants [in the study] held many different beliefs about where spirits lived. Some said in the toilet, some said under the house with the animals, another was clear that the spirit stayed outside where firewood was kept, and yet another said under the steps or anywhere that humans didn’t go.”

A Childhood of Ghostly Terrors

Like many in his rural village, Chan Thap had received very little education about cultivating the rich land around him or caring for any kind of livestock. Part of that was due to a simple lack of opportunity; no one he knew had this information. Another part of it, though, was the abundance of local superstitions.

No one was safe from ghosts and evil spirits. Go out into the countryside at night and you’ll almost certainly be haunted. Clear a tree, uproot a bush, and you might anger a ghost.

Chan Thap explained that all through childhood up into adulthood, “I was afraid of ghosts and believed in fortune tellers, sorcery, evil spirits and Satan.” With so much fear always hovering in the back of his mind, why not live it up anytime he had the opportunity? “I was selfish. I only wanted others to do what I wanted, and I didn't listen to others. I didn’t even know how to return a good deed to others when they helped me.”

He was not alone in this mentality. One high school ESL teacher said, “Every year in my high school classes in provincial Cambodia I ask my students to rank their greatest fears, and ghosts, despite nagging concerns for HIV, cancer and leeches, always creeps to the top of the list. At first I found this amusing. Now, I get it.

“Every single person in this country has been touched by the egalitarian-driven genocide that killed 2 million people between 1975 and 1979. Every single person you see here lost someone during the Khmer Rouge and the apparitions linger and linger. Ghosts.”

If it wasn’t ghosts, then something was wrong for Chan Thap. His life seemed unnaturally dogged by poverty, difficulties and fear.

Meeting the Spirit of God

Chan Thap and his wife were young but already facing a lot of difficulties. “I had no knowledge of how to grow a garden, raise animals or live in good health and hygiene.”

World Challenge’s partners came to his village and set up a few training sessions on gardening and animal husbandry. Chan Thap attended, hoping to learn some useful ways to make a little extra income for his small family.

Part of the lesson was about why people have the freedom, and not only freedom but responsibility, to cultivate the land and care for its creatures. God made us to have dominion over the earth and to care for it as good stewards. When humanity failed and sin began to grow like a canker at the heart of everything, God provided a way to right all the wrongs.

Chan Thap listened to this and then made his choice. “I decided to believe in Jesus. Since then I have hope and a clear goal in life. My life is not filled with fear like before.”

He and his wife have started growing sugarcane and raising chickens, using the lessons they learned from the trainers. “I have seen good results,” Chan Thap reported, “and I want to continue doing like this for my living.” With this spiritual freedom and newfound knowledge, he is forging a very different path for his family than the one he was set on as a child. The ghosts of his past no longer hold sway over his future.

Reflecting on all the changes that have happen in his life, he said, “Thank you, Jesus, who saved my family, and thank you for the CHE trainers that taught me and encouraged me to have a better life.”