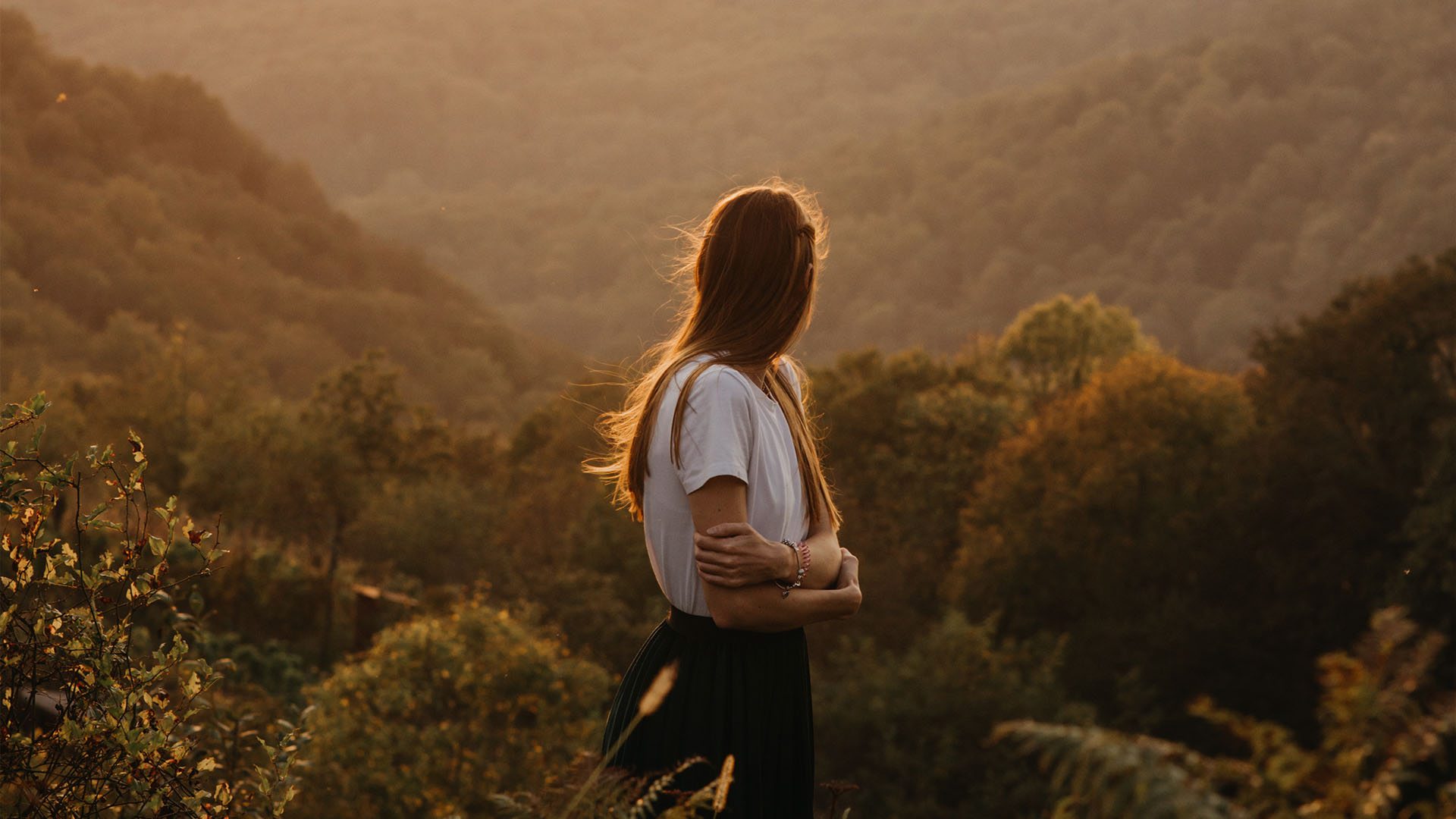 What Sparks a Passion for Christ?

If we truly believe in the promise and freedom of the New Covenant, we will find a fiery passion for God’s presence and work growing inside of us.

I grew up in a Pentecostal church, and the pastor of our church would preach fiery messages about sin probably 52 weeks out of the year. Every Sunday, it was a new sin that our pastor was fairly sure everybody in our church had committed. I think he must have had a book at home called “The 52 Sins Your Church Commits” or something, and each week, he just turned to a new chapter for inspiration.

Not only were there regular sermons about all the sins you were doubtlessly committing, but we also got messages about how, if you sinned, you lost your salvation and had to come to church to confess and get saved again.

Our pastor would preach a message on anger, and all I could think was “Uh oh. I have that. In fact, I’m angry right now at this pastor who yells at me every Sunday.” So I’d end up down at the altar again, kneeling and crying, “Jesus, I messed up and lost my salvation. I’m so sorry. Please, if you’re merciful, would you cover me with the blood again? Save me again.”

Here's the biggest take-away I had about Christianity as a kid: Don’t sin on Monday morning. If you sin on Monday, you’ve got a whole six days before you can get saved again. If Jesus comes back on Thursday, you’re out of luck. My strategy was to hold off on sinning as best I could until Saturday, ideally Saturday night. That lowered your odds of missing the rapture.

Can you imagine living under that kind of perpetual paranoia and fear as a 10, 11, 12, 13 year old week in and week out? The older I got, the worse it became because I was becoming more and more aware of how much I sinned.

One Sunday, our pastor preached on lust. Well, I went to school the next day and thought to myself, “I’m not going to look at any of the girls in my class. I’m just going to put my head down or cover my eyes and make it through this week. This is an ironclad plan.” I’m sitting at my desk, executing the plan to perfection, thinking, “Don’t look at any of the girls. Just don’t look at them. I’m not looking at — Boy, she has pretty legs.” I blew it! Worst of all, it was Monday morning.

Let me tell you from firsthand experience, living under the Law that way is exhausting. It’ll wear you down to the bone until you feel hopeless.

The law existed to put boundaries around sinful human behavior and show us how God wanted his people live, but more importantly, it showed us that we couldn’t obey him perfectly in our own strength. We can’t go from Sunday to Sunday without something happening in our lives where we fall to temptations.

There’s a search throughout the Old Testament for a righteous man; Jeremiah called it a righteous branch. “Behold, the days are coming, declares the Lord, when I will raise up for David a righteous Branch, and he shall reign as king and deal wisely, and shall execute justice and righteousness in the land. In his days Judah will be saved, and Israel will dwell securely. And this is the name by which he will be called: ‘The Lord is our righteousness.’” (Jeremiah 23:5-6). The Hebrew word Jeremiah uses for ‘branch’ is also the word for a peg. Think about a coat rack in your house with pegs for jackets. So Jeremiah was asking, “What — or rather who — do we hang our righteousness on? Who can make us righteous?”

This longing is echoed in the words of other prophets who said, “For the eyes of the Lord run to and fro throughout the whole earth, to give strong support to those whose heart is blameless toward him” (2 Chronicles 16:9). Where can you find that righteous peg that we can hang onto? Who is that righteous branch?

We run through the Bible and find Adam who was righteous for a season, but then he fell into sin with Even. Noah came along, and the Bible says that he was a righteous man, but after the flood, he failed as well. Abraham came along, and people might think, “Abraham was the father of faith, so surely, we can hang our life on his faith and the blessings that God gave him.” Abraham failed as well, lying about his wife multiple times. You rush on to Moses. Moses was certainly someone who was holy. God passed before him and spoke to him like a friend. He actually saw God’s back. His face literally glowed with the glory of communing with God. He failed, though, and wasn’t allowed to enter the Promised Land. King David had a heart after good, but he had an adulterous affair and murdered an innocent man and caused the deaths of thousands of Israelites because of his sin.

There are so many ‘good’ men and women in the bible, but none of them was good enough to be called the righteous branch.

All the people caught under the law must have felt the same despair that I knew as a child in church, wondering if I had lost my salvation every week. However, there was another covenant promised in the Old Testament. The prophet Jeremiah talked about it and said that God was going to make a new covenant with his people. Why was this? Because people were unable to keep the old covenant.

Jeremiah wrote, “For this is the covenant that I will make with the house of Israel after those days, declares the Lord: I will put my law within them, and I will write it on their hearts. And I will be their God, and they shall be my people. And no longer shall each one teach his neighbor and each his brother, saying, ‘Know the Lord,’ for they shall all know me, from the least of them to the greatest, declares the Lord. For I will forgive their iniquity, and I will remember their sin no more” (Jeremiah 31:33-34, ESV).

Jeremiah is talking about a new covenant where God puts his law into our hearts. It’s not an external thing you strive to live up to; it’s an internal desire to obey, a delight in God, a longing for his presence. At that point, obedience becomes a reality. We have to understand and live out the new covenant reality rather than falling back into a Law mentality that says, “You're a sinner. You're going to lose your salvation. You better try to get right with God in your own strength.” That view doesn’t produce faith, life or victory.

Instead, the way to life is when we embrace Jesus Christ as our righteous branch, and the Holy Spirit will write the law within our hearts. Jesus’ name is our righteousness. It’s not my works or even my faith that will make me right in God’s sight; it’s the imputed righteousness of Christ that solves my problems. He nailed our sins on the cross and let us hang our whole lives on his blamelessness. This is the kind of salvation that makes you want to share Jesus with other. people. When you’re living under the law, you don’t want to go to somebody who’s lost and say, “Hey, would you like to accept Christ and become as miserable and full of guilt and shame as me?” No wonder those people don't witness. They don't want to share what they have because all they have is the burden of fear.

Now I’m not suggesting for one moment that if we live in the new covenant we take it easy on sin and say, “Oh, since we’re part of the new covenant now, let’s just enjoy our sin.” No! Under the new covenant, we hate sin more than ever. We don’t hate it because of fear that says, “I’m incapable of dealing with this thing, and it’s overwhelming me.” Instead, we look at it with the hatred of a soldier who knows he’s a conquering victor but see the suffering and pain of the ongoing war.

The Bible says, “For sin will have no dominion over you, since you are not under law but under grace” (Romans 6:14). Our confidence, peace and strength comes from trusting in the righteousness of Christ.