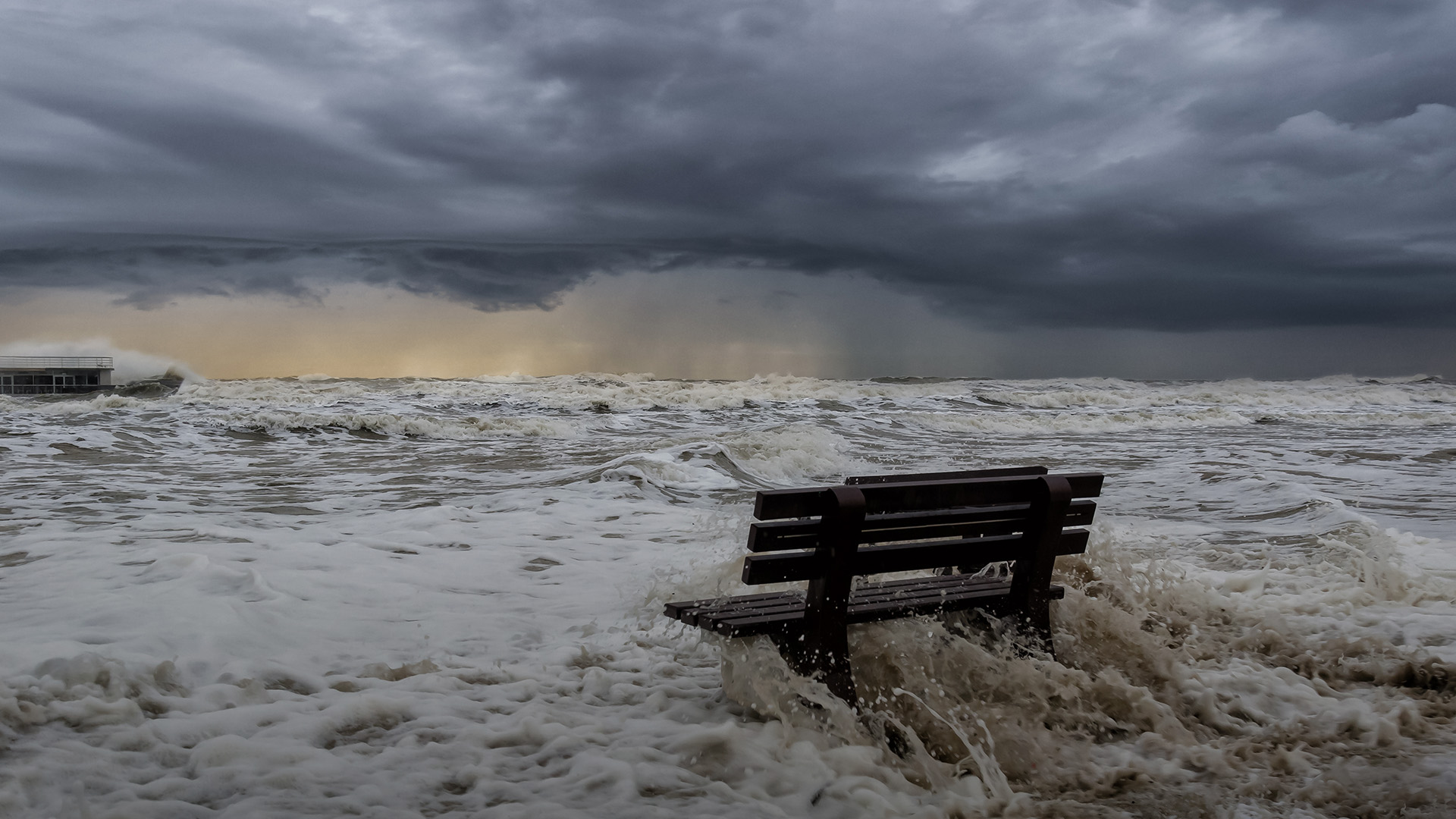 As We Face Each Calamity

Few will argue that 2020 was a difficult year.

After the initial waves of COVID-19, general buzz on the internet was that the pandemic was hitting people harder than we’d realized it might, even if they never caught the virus. Now studies are substantiating our sense of the impact.

“In addition to reporting a general negative impact on their mental health, about half (52%) of adults report that worry and stress related to the coronavirus outbreak has had adverse effects on their mental health and wellbeing in specific ways,” a KFF Health Tracking Poll reported. “About a third say coronavirus-related worry or stress has led to problems with their sleep (36%) or has led to a poor appetite or overeating (32%). About one in five say worry or stress related to the pandemic has caused them to experience frequent headaches or stomachaches (18%) or difficulty controlling their temper (18%), while 12% each say it has led to increased alcohol or drug use or worsening chronic health conditions.”

In 2005, David Wilkerson wrote a sermon in which he brought up the possibility of a worldwide pandemic in his musings on Revelations and people’s fascination with end times.

“International health organizations around the world are warning us of a deadly flu pandemic, a deadly bird flu strain; and if it mutates, it can kill two million…here in America and untold millions around the world. They say if we started now with the flu vaccine, it would take nine months after it strikes, and they fear it is mutating. The avian flu has now spread to Romania and to Turkey and to Russia.

“These are not preachers who are warning us. These are scientists who are warning us. I’ve listened to some of these scientists, and it’s really a fearful thing that they are prophesying: a pandemic that would sweep the world worse than the flu epidemic in 1918 that killed over a million people here in the United States and tens of millions around the world. They say that was nothing compared to what is coming.”

He continued, “Now as a believer, what do you think about all of this? As a believer what comes to your mind?”

Every generation of the church has lived through periods of peril, corrupt governments and the shadow of death. Many over the ages have claimed that the end times were near and that they had never seen such dark days. When these times come, though, how should we respond not only to the fears of our loved ones but also to our own anxious hearts?

As believers, we should not be surprised by trials and difficulties in the world or by God moving against societies that indulge in corrupt and demented behavior. As Peter wrote to the early church, “But false prophets also arose among the people, just as there will be false teachers among you, who will secretly bring in destructive heresies, even denying the Master who bought them, bringing upon themselves swift destruction. And many will follow their sensuality, and because of them the way of truth will be blasphemed. And in their greed they will exploit you with false words. Their condemnation from long ago is not idle, and their destruction is not asleep.

“For if God did not spare angels when they sinned, but cast them into hell and committed them to chains of gloomy darkness to be kept until the judgment; if he did not spare the ancient world, but preserved Noah, a herald of righteousness, with seven others, when he brought a flood upon the world of the ungodly; if by turning the cities of Sodom and Gomorrah to ashes he condemned them to extinction, making them an example of what is going to happen to the ungodly” (2 Peter 2:1-6, ESV).

David Wilkerson pointed to this verse as evidence that God does not turn a blind eye to the evils which mankind inflicts on one another and the world.

Sin brings very real consequences, and God has historically chosen to abate the influence or effects of sin by bringing in judgment to put a stop to it. We see this over and over in the Old Testament when Israel would fall into sin and then be overtaken by foreign invaders or famines. Ultimately, Christ’s sacrifice spares believers from judgment, but it does not mean that we do not have to live in a world riddled by the damage of sin or in nations experiencing God’s just hand against them.

The question remains, though. How should believers respond?

On the point, David directed his listeners to the gospel of Luke and Christ’s words as our Savior addressed his disciples’ questions about when the prophesied destruction of Jerusalem would occur.

“There will be signs in sun and moon and stars, and on the earth distress of nations in perplexity because of the roaring of the sea and the waves, people fainting with fear and with foreboding of what is coming on the world. For the powers of the heavens will be shaken. And then they will see the Son of Man coming in a cloud with power and great glory. Now when these things begin to take place, straighten up and raise your heads, because your redemption is drawing near” (Luke 21:25-28, ESV).

Musing over end-times prophecies, David reflected, “I never once have talked about being a prophet but simply a watchman. I’m now convinced more than ever that these prophetic warnings have not had an impact on the secular world….

“Surely the Lord God…reveals his secrets to his servants, the prophets. God warns us. That is the justice of God. That is the mercy of God.” Prophesies of judgment are primarily for God’s people because they demonstrate his goodness by not allowing sin to run rampant, and these prophesies come side-by-side with promises of future restoration and hope.

A Beacon for the Unbelieving

As we calm our own hearts with the promise of Jesus’ coming, however, we must be careful in our response to the people around us.

David pointed out, “What is the message of the church of Jesus Christ in times of calamities such as this? If all we can say to the world is that the end has come, judgment is here, this is God judging the world for sin — If that’s the only message we have, we take away the hope of the sinner. He’s going to come back to us and say, ‘All right. If this is the end of the world, if time is over, if God’s judging, then let’s go out stoned. Let’s all get drunk; let’s all get high because there’s no hope. We’re all going to die; we’re all going to hell.’ And so we take away the hope.”

The Christians who celebrate coming calamities as God purging the earth have taken up, perhaps unknowingly, a hopeless or even vindictive spirit toward those who are lost. The compassion that God showed over and over to Israel, that Christ demonstrated as he wept over Jerusalem and reached out to the pariahs of his day, is alien to the Christian who thinks to themselves, “Ha! All of these perverts and secular intellectuals are in for a rude wake-up call.”

A man deeply driven by God’s heart for the lost, David Wilkerson admonished the church not only to find hope in Christ’s coming but also to let it give us an urgency for those who do not know God yet.

“The world has heard many sermons on faith from television and radio. Non-believers have heard the doctrines of faith, have even read the books on faith that we preachers publish. They’ve heard Christian after Christian boast of having faith, but everywhere they look now, they see examples of shipwrecked faith. Christians who once espoused faith are now giving up their trust in God in the midst of their hard times.”

David asked, “So, where do people turn for hope? Where do they find examples of unshakable faith? The Spirit has spoken a clear word to me: ‘You have to anchor your faith, David. Set your heart to trust God in everything at all times. Make sure your faith does not waver.’ To ‘set’ our faith means to ‘stabilize, make unshakable, set down roots, put pillars underneath, lay a foundation.’ Scripture says it is within our power to do this.”

He added, “I’m convinced the world doesn’t need more sermons on faith. They need to see an illustrated sermon: the life of a man or a woman who’s living out their faith before the world. They need to see servants of God go through the same calamities they’re facing and not be shaken by them. Only then will sinners come face-to-face with the powerful testimony of unwavering faith.”

In times of either personal trial or judgment on the nations, we are called to not lose sight of Christ’s constant presence, coming redemption and ultimate compassion on the lost.