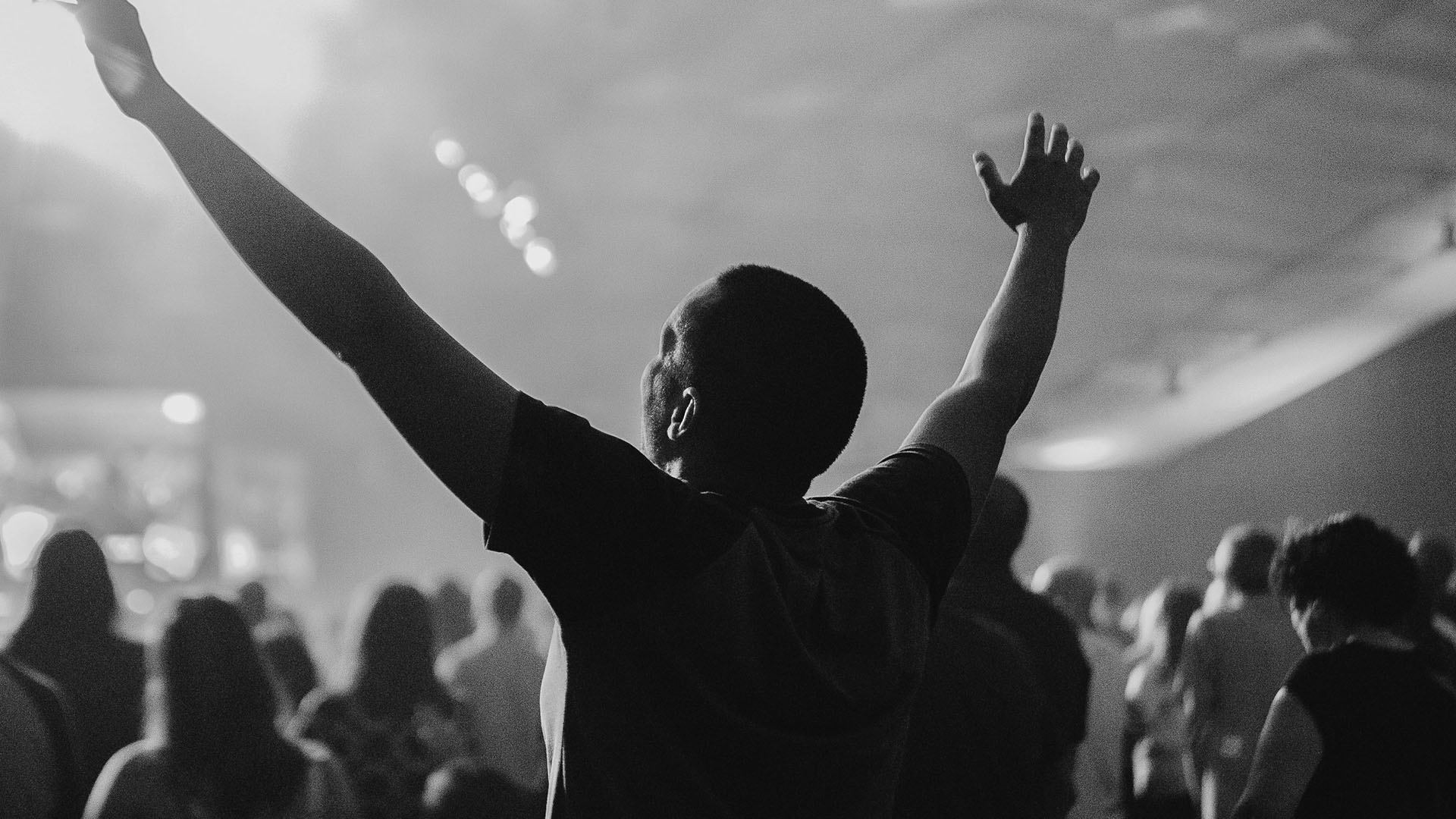 Risking It All for God’s Call

How do we become people of God who boldly live for the gospel and have real impact on the world around us?

I would say I’m a pretty adventurous guy. The second time I went skiing was in Colorado, and I was with a friend who’s a black diamond skier. He turned to me and said, “Hey, let’s tree ski.” I shrugged. “Sure!”

Now I may be adventurous, but there are people who take it to a whole different level. Mountain biking is already not for the faint of heart, but megavalanche racing takes it to a whole new level. If you don’t believe me, look it up online. Hundreds of mountain bikers gather at the Alpe D’Huez ski resort each year to do this. They go flying down this snowy trail at top speed; half the time they can’t even stop because of the ice unless they fall and are flung from their bikes. Helicopters are swooping around overhead to pick up anyone too badly injured to continue.

These are probably the same folks who go swimming with sharks and take selfies with great whites. I saw a picture of a girl taking a selfie near an erupting volcano. No doubt you’ve all seen pictures of the running of the bulls in Pamplona. Some of those bulls have massive horns, but that doesn’t seem to deter people from running around in the streets with them. There was a guy who climbed that famous Jesus statue in Rio de Janeiro and took a selfie on top of it. That statue is over 100 feet high on top of a mountain.

Now I love Jesus, but I don't know that risking my neck to get a selfie with his statue will really have much effect on the world.

Some people don’t have an effect on the world because they never take any risks, but other adventurous people risk it all and still have very little impact on the world or lives around them. So what’s the answer to how we make a difference in the world? It clearly isn’t tied to being a daredevil or not.

There’s a third type of person who steps out and lays everything on the line in a way that does make a difference in the world, and these people are spiritual leaders.

Let’s start with a familiar story. It’s the beginning of Paul’s journey with Christ. “Now as he went on his way, he approached Damascus, and suddenly a light from heaven shone around him. And falling to the ground, he heard a voice saying to him, ‘Saul, Saul, why are you persecuting me?’ And he said, ‘Who are you, Lord?’ And he said, ‘I am Jesus, whom you are persecuting. But rise and enter the city, and you will be told what you are to do.’” (Acts 9:3-6, ESV).

Some people have an experience with Jesus, and others have an encounter with Christ. What’s the difference? People who experience Jesus are the ones who take a selfie with the Savior. People who encounter Jesus fall to their knees, and their lives are never the same afterward. Paul’s response to Christ is the essence of an encounter. He didn’t ask Jesus, “What’s my calling? How do I achieve this dream I have? What’s my next step?”

Paul, and every spiritual leader throughout history, asks, “Who are you, Lord?”

Brothers and sisters, we have to grasp the significance of this. We must capture this in our hearts. How often do we go to the Lord and pray, “Show me what it is that you want me to do. Help me be obedient to my calling.” Nothing wrong with those prayers. Jesus promised Paul that he would tell him what he was meant to do. We jump to that step too quickly, though. We need to start with “Who are you, Lord?” God’s presence will change us and give us the strength to do things that we could never do on our own.

It’s no light thing, though, to ask God to reveal himself and open ourselves to whatever he reveals about himself. We see this too in Paul’s story. “The men who were traveling with him stood speechless, hearing the voice but seeing no one. Saul rose from the ground, and although his eyes were opened, he saw nothing. So they led him by the hand and brought him into Damascus. And for three days he was without sight, and neither ate nor drank” (Acts 9:7-9, ESV). He’s blind and fasting in this intensely humbling position.

Effective spiritual leadership is sparked by an encounter with Jesus, but that encounter will also reveal that you are in a place of brokenness. Paul was a very strong individual, intelligent, well-educated, from privileged background. In the wake of his encounter with Jesus, his testimony becomes “…a thorn was given me in the flesh, a messenger of Satan to harass me, to keep me from becoming conceited. Three times I pleaded with the Lord about this, that it should leave me. But he said to me, ‘My grace is sufficient for you, for my power is made perfect in weakness.’ Therefore I will boast all the more gladly of my weaknesses, so that the power of Christ may rest upon me. For the sake of Christ, then, I am content with weaknesses, insults, hardships, persecutions, and calamities. For when I am weak, then I am strong” (2 Corinthians 12:7-10). Jesus wants to perfect and strengthen you, but it only comes when you recognize your weakness and brokenness in his presence.

Even if you have encountered Jesus, can I tell you that God still wants to have an encounter with you?

Some of you may be living off an encounter that you had 20 years ago, but God still wants you to come into his throne room and listen to his voice. He wants to speak to you. Ignoring that or assuming that one encounter has given you everything you need for faith is dangerous. Why? As a reformer once said, the greatest enemy to the church is mental assent.

In his book Be Complete, Warren Wiersbe wrote, “Faith is not mental assent to a body of doctrines, no matter how true those doctrines may be. Faith is not emotional concern. Faith is commitment to Jesus Christ.” If anyone says to themselves, “I believe Jesus died and rose on the third day; therefore, I have faith”, they don’t properly understand faith. Faith is loving, adoring, cleaving to and building your life upon God. Faith is crying out, “Who are you, Lord?” with a earnest desire to know him better.

That kind of faith that is forged in the presence of God is critical for becoming a spiritual leader. It’s the only way that you’re going to be able to risk it all in a way that impacts the world. It’s how people in the Bible stood their ground for God in impossible circumstances. Hezekiah was facing the likely destruction of his entire country as 185,000 Assyrian soldiers camped outside his city’s walls. The Assyrian king’s messenger told Hezekiah, “No god of any nation or kingdom has been able to deliver his people from my hand or from the hand of my fathers. How much less will your God deliver you out of my hand!” (2 Chronicles 32:15).

What did Hezekiah do in response? He went into God’s presence, utterly broken. “Hezekiah the king and Isaiah the prophet, the son of Amoz, prayed because of this and cried to heaven. And the Lord sent an angel, who cut off all the mighty warriors and commanders and officers in the camp of the king of Assyria” (2 Chronicles 32:20).

The Bible is full of examples of spiritual leaders facing impossible circumstances and overcoming not with their own power and charisma but with faith in God. We see this with Esther, Nehemiah, Rahab, Paul and so many more.

Maybe it’s easy to look at people like Esther and Paul and say, “Well, I’m not a queen or a writer of scripture. I’ll never be a spiritual leader like them.” I want to encourage you with a person you’ve probably never heard of in scripture. Near the beginning of Jesus’ ministry, Luke notes, “Soon afterward he went on through cities and villages, proclaiming and bringing the good news of the kingdom of God. And the twelve were with him, and also some women who had been healed of evil spirits and infirmities: Mary, called Magdalene, from whom seven demons had gone out, and Joanna, the wife of Chuza, Herod's household manager, and Susanna, and many others, who provided for them out of their means” (Luke 8:1-3, emphasis mine).

This woman named Joanna worked for Herod, the same Herod who beheaded John the Baptist and ridiculed Jesus before his crucifixion. She lived in that household, and she still followed Jesus. Supporting his ministry while working for Herod almost certainly risked her life.

The greatest adventure we will ever have will be following Christ. Obey God’s call, and you will risk it all, maybe not in ways you expected. When we encounter God, he will change us and bring us into our true callings.

We're all called to different places and ministries, and God has chosen to give us different personalities and abilities, but every one of you are a chosen vessel of God.