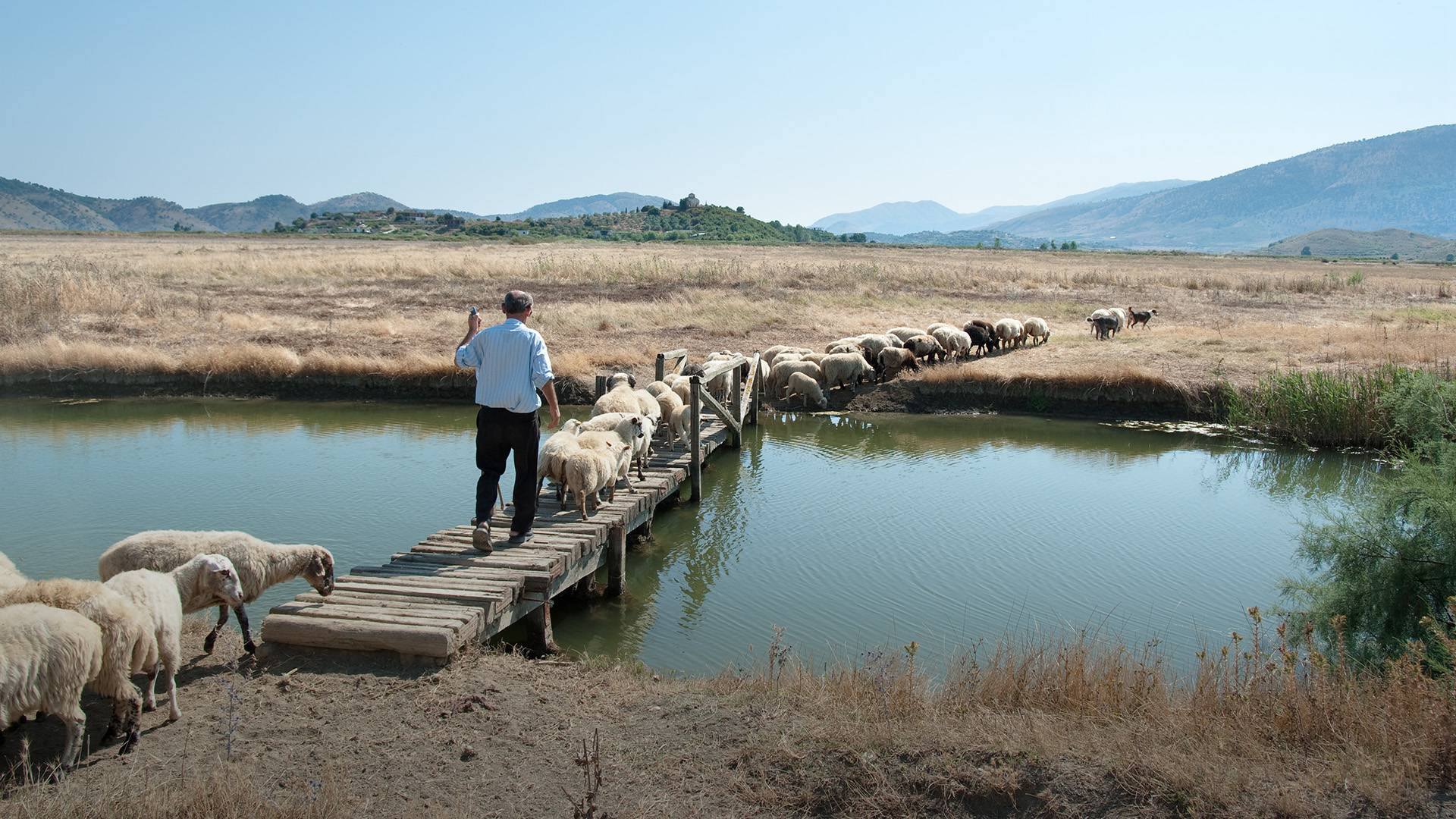 Hope in the Darkness of Europe

One man brought the gospel to a forgotten group of people, and God is transforming their lives and homes with newfound faith.

Aferdita and Izet are a Roma couple who live in Mbrostar. Most of the Roma people there live in slums, neglected by society and forgotten by the government.

After living in Greece 14 years, Afërdita and Izet decided to return to their village. Starting life from scratch is not easy for anyone, especially for a Roma family. They had nowhere to go and had no house. For a while, they had to live with Izet's mother. They began to rebuild their lives with difficulty. Izet often went to collect cans from trash bins or scrap metal dumps. Even though he worked every day, the income was insufficient to provide for their family. Finding different jobs was difficult; they had no education, and the only work they could find was collecting and recycling metal or farming.

One day, they attended a family wedding where all the relatives had gathered to celebrate. There, they met their cousin Latif. They started explaining some of the difficulties they were facing every day, trying to rebuild their lives back in Albania after so many years of living in Greece. They shared that no one had come to their village and listened to their problems. Many of their neighbors also felt like they had no future, so Aferdita and Izet were hardly the only ones who felt hopeless.

The Gospel in Dark Places

Latif listened to their worries and anxiety as they shared their hearts. In spirit, he understood the true need that they were expressing. He started sharing his own experience and how God had transformed his life, family and community. He asked them if they wanted him to come and visit their community. “What God has done for my life, he can do in yours too", Latif said.

Because of previous problems, Aferdita was very skeptical. She was not open to spiritual things and told Latif, "I don’t want to know what you are talking about!"

Latif did not give up. He knew in the Spirit that there was a great darkness in the Mbrostar area. He prayed and believed that God wanted those people to know him. Strongholds of the enemy are sturdy, but God has the victory.

As they traveled home, Aferdita and Izet talked to each other about how surprised they were by the conversation with their cousin. They’d been immersed in their poverty and worrying about how they would provide their daily food. They had never heard of God before. No one had ever listened then offered to come to their village and tell them about God.

After a couple of months, they invited Latif to visit them. After hearing more about God and Latif’s testimony, they offered their backyard for community awareness meetings. The doors of their hearts opened for the gospel in the same way that the door of their house was opened to the whole community. People were hopeless, and anyone could see it in their faces when they gathered in Aferdita’s yard. They were seeking hope and something as simple as a smile. Latif stood up and shared about how much God loved each one of them.

The situation in the whole community was very dark. Many relationships were broken; violence was present in many of the families; living conditions were poor, and there were a multitude of other problems that the people in this community were facing.

Teens would sit on the streets and drink alcohol and gamble. They would gather every evening at the train tracks to fight and smoke weed. Younger children did not go to school; some older ladies practiced witchcraft, and parents were hopeless in their daily life, fighting poverty and trying to make a living. Most of them would make their children collect trash to see if they found anything useful or valuable that could be sold; this was one of the biggest reason why most of the kids were uneducated.

Latif visited the community twice per week. The gospel message, his lessons on different educational topics and his presence brought many changes in people’s lives and families. In 2018, Izet became part of a microbusiness program and took a loan offered by the ministry. In the beginning, he bought three sheep and a pump to draw water. Today, he has 33 sheep and 20 lambs. Every day, he wakes up early in the morning and leads them to the pastures. He takes great joy in tending to the sheep. When the team visited their family a few weeks ago, the delight in Izet’s eyes was clear as he said, "I’m so grateful that the micro-business project gave me this opportunity. I could get rid of trash collecting. That kind of work was degrading. Today, I have my own job, and most importantly, I have dignity.”

Transforming the Heart and Home

These days, Aferdita helps with children's clubs, and her faith is growing. She teaches the kids about hygiene and encourages them to go to school; she organizes ladies' meetings and teaches them how to have a good relationship with one another and with God. She encourages the ladies to cultivate their home gardens and be good stewards for their families. She loves helping in the children’s summer camps.

Her life is a far cry from what it once was. “What God has done for me,” she said, “I want to do for all the ladies in my community.” For Easter this year, Aferdita and some ladies gathered some money. With that money, they prepared sandwiches and made an Easter lunch.

Aferdita and Izet’s lives are not the same as when they met Latif five years ago. They are a model in their community. They have opened their heart and family to the Word of God.

This is Latif’s heart. What God has done in his life, he wants to spread to other families. He explained, “Christ saved me. He came and transformed my life, and I want to share this with others, especially with my community because they are the most discriminated against, poor and neglected.” God sees each one of them and values every life.