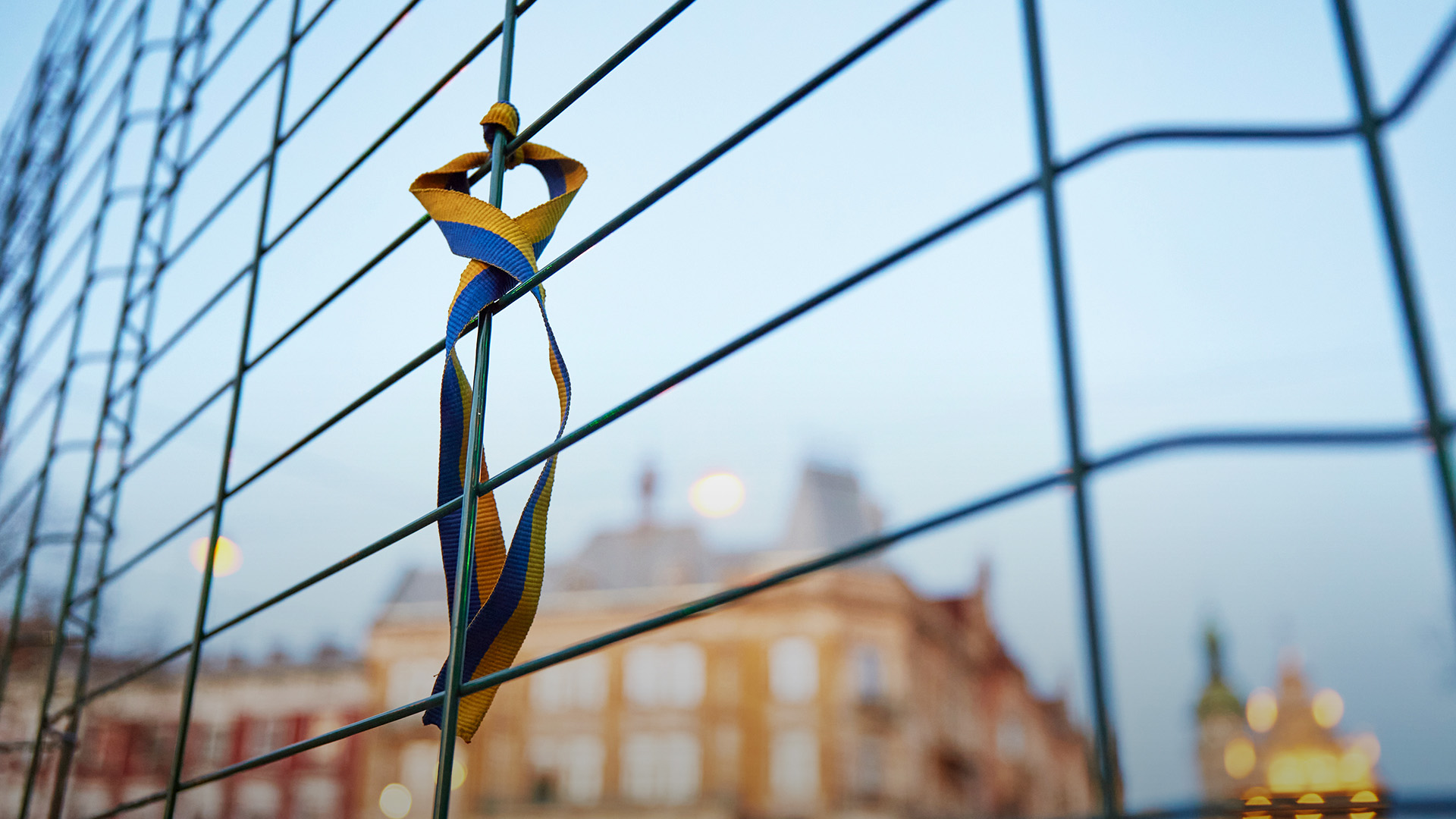 Christ’s Power in the Soviet Union

A pastor who escaped the Soviet Union shares his testimony and reflects on the current war in Ukraine as well as what this means for the Slavic church.

The recent war in Ukraine has put great strain on the Slavic community around the world. It has also forced the West to examine their unique history and culture more closely. Here, Pavel Stefogolo, who grew up in the Soviet Union and now pastors a Slavic church in the United States, sheds some light on the history of the persecuted church in this part of the world and how the church today can respond to the crisis.

What was it like growing up as a believer in the Soviet Union?

I grew up in Latvia, then my family moved to Estonia because there was a great church revival there. The underground church was on fire in the former Soviet Union, and my dad used to help smuggle Bibles to churches. Any kind of Christian literature was forbidden to have, so a lot of it was hand-written. My sister, for example, had 522 Christian songs in this thick book, all written by hand.

The way church was structured was every Sunday they would announce where the service would be next Sunday. It was different times and different places, so the KGB would not catch us. So I remember it was our turn to have church. We would expect 35 to 50 people in our home, which is very noticeable, and anybody could report it. So we prepared the house, and after the church I had to prepare tea and cookies for those who stay longer to wait for the bus.

As soon as everybody was gone, police showed up. Somebody had reported, “There were a lot of people in this house, probably something against the country and illegal.”

In Soviet Union, they said, “This underground evangelical church, it does not belong to Russia. They need to go back to the West. It’s people who think differently, and it’s untrustworthy citizens.” So the police came in, and they took away all the Bibles and the songbook that was written by my sister. She told me, “I cried because I loved that songbook. It took years to fill it up.”

Since Christian books were illegal in the Soviet Union, how did you hear about David Wilkerson and Nicky Cruz?

A lady from our church showed up at our home. She pulled out a hidden typewriter. It was illegal for a regular citizen to have a typewriter, especially for Christians. So I was asking, “What are you typing?”

She wasn't sure if she could share it with me because I could accidentally share it at school, and she said, “Well, it's very secret, but it's a powerful book called The Cross and Switchblade about this gangster that turned to Christ.” I was like “Can I read it?”

She said, “Only at home. We cannot take it anywhere.”

When I read that book, I cried. It touched my heart so much. It was a treasure, you know? In the church, we would secretly pass it on, and it would inspire us. People would share what they'd read in the church verbally.

Later, when I saw real copy, it was a big treasure to me. “Wow, a real Christian book!” Then I saw a movie when I moved to America. When Nicky Cruz came to our conference where a lot of people were from Soviet Union, everyone knew his story from back then, but now he was live person right there! That was incredible.

How did you and your family end up eventually leaving the Soviet Union?

I immigrated to United States when I was 18 years old, but it was a miracle. The Iron Curtain wouldn't let a mosquito leave Russia without the passport. They would check every name. I mean it was so precise.

Now the government would issue invitations to Jewish people to immigrate, but some didn’t want to immigrate. So people told us, “Find a Jewish person. Ask if he has this invitation. You can white out his name and put your name above it. Bring it to Immigration Services, then in the eyes of the government, you are exiting as a Jew to Israel.”

So here we are with exit visa with white-out and my name above it. It was like God covered the eyes of the Soviet immigration system so they looked at us as Jewish. My whole family of 14 people exited the country. It was like Exodus continuing from the Bible.

How has the war in Ukraine affected the Slavic community and church you pastor?

The war started on the 24th of February and the 26th of February was Sunday. That was the hardest Sunday for all Slavic pastors because when we came to church, you could feel the tension on the air.

We have two bishops who immigrated from western Ukraine. When you look at Ukraine, the west is more Ukrainian because they're closer to Poland and the farther east you go, it's Russianized. So those guys came up on the stage, but one of them knelt down, and he said, “Let's kneel and pray for Putin and for Russia.”

It was so humble, so touching, that people were crying. Russians in our church came up several times and said, “Thank you so much for praying for us because we're struggling. We feel miserable and guilty. We feel like outcasts, but in church we feel protected. We feel encouraged.”

That's the way it should be in every nation, for everyone.

When Jesus was arrested, Peter wanted to cut off a soldier’s head; he missed and caught the ear. Then Jesus said, “Put your sword back.” It reads differently in the light of what's happening today because everybody wants to have sword. Right now, everybody wants to kill Putin and Russians, you know.

Jesus brings completely different gospel that brings so much life, so much healing. My prayer is that people will experience what a blessing it is to forgive.

What are your personal thoughts and prayers right now as you consider the war?

In the Bible, it says that the beast will be wounded and dead for a while, and there will be freedom. For 30 years after the Soviet Union dissolved, there was opportunity, and Americans and Russians went back to evangelize, and the harvest was big. There were a lot of churches and a lot of salvations. Now the Iron Curtain has fallen again in Russia. It's like the beast is alive again. I feel the same Soviet spirit has fallen on Russia, and I feel very sorry for them.

My prayer is that the church today will be a light in the dark. I was born in Moldova. My mom is Belarussian. I grew up in Latvia. I speak English, and I'm American citizen. All this is dust. We are all citizens of heaven. If the church understands that, then it would be so much easier.

I just talked to a pastor yesterday from Moscow. He says the Holy Spirit is touching the hearts of people in that pain. They are searching for God more seriously than ever before. In Ukraine and Poland, they said the soil is so soft right now. You just ask people, “Do you want to receive Christ?”

“Yes.” They're crying already. “Yes, I want to receive peace.”

It is so easy to share the gospel these days because people are very open. God turns every pain into a blessing, if we trust him.

*This interview has been edited and condensed