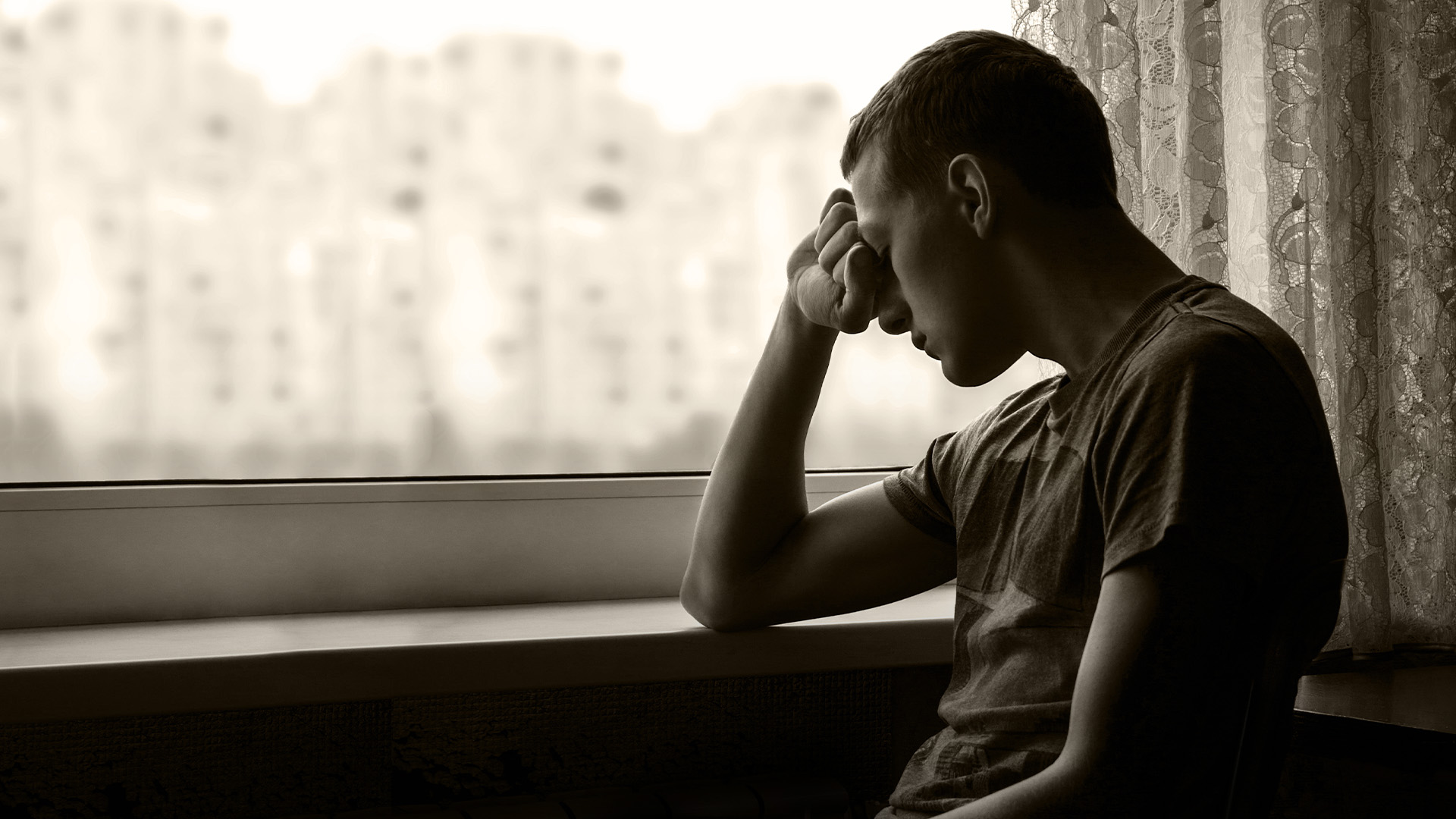 A Balm for Guilt and Grief

Scripture is filled with people who fail, sin against God and lose what they love, but it also offers the opportunity of redemption to those who are burdened by their past.

Most film adaptations of books are praised for their faithfulness to the source material, especially with an author as famous and revered as Shakespeare.

The 2015 adaptation of Macbeth, however, took a chance and added several notable scenes that were not in the book. One was the opening scene of a dead child being put on a funeral pyre as Lord and Lady Macbeth grimly look on in their black mourning clothes.

Of course, the murder of King Duncan happens, and both Lord and Lady Macbeth’s descent into guilt and madness all echoes the book almost word for word. Near the end, though, another scene is added. Lady Macbeth returns to their old home, to the little chapel where she urged her husband to commit regicide. She sits on the church’s floor and gives her famous speech, “Here’s the smell of the blood still. All the perfumes of Arabia will not sweeten this little hand.”

Her lines go on as normal, but rather than presumably speaking to herself as she does in the book, her brow wrinkles, and she suddenly is staring at something behind the camera, unseen to the viewer. “Wash your hands, put on your nightgown; look not so pale. To bed, to bed: there’s knocking at the gate. Come, come, come, come, give me your hand. What’s done cannot be undone. To bed, to bed, to bed.”

The camera turns to reveal her child sitting across from her, his small cheeks and neck marked by the disease that presumably killed him. She is in some way both metaphysically and literally haunted by grief and guilt. In an act reminiscent of Judas, she takes her own life shortly after, seeing no forgiveness for the past or hope for the future.

Unlike the bloody tragedy Macbeth, the Bible acknowledges all the weight of guilt then offers a counter to Judas in the path of Peter.

Guilt and grief are two of the most powerful and psychologically disturbing emotions that we can experience. The Bible never shies away from a genuine look at how people spiral and what some of them choose to recover.

While scripture does not enlighten us to what Judas’s motivations were when he betrayed Christ, it does tell us Judas’s response to the guilt over his betrayal of God. “Then when Judas, his betrayer, saw that Jesus was condemned, he changed his mind and brought back the thirty pieces of silver to the chief priests and the elders, saying, ‘I have sinned by betraying innocent blood.’ They said, ‘What is that to us? See to it yourself.’ And throwing down the pieces of silver into the temple, he departed, and he went and hanged himself” (Matthew 27:3-5, ESV).

Judas’s action belies an utter despair but also a peculiar type of pride. Jesus had spoken about being resurrected three days after his death; Jesus had also made it clear that he was the Son of the God who would presumably be waiting on the other side of death to judge Judas’s soul. Neither consideration seemed to factor into Judas decision to take his own life, so it would indicate that Judas thought he knew better than Jesus who Jesus was: an ‘innocent’ but ordinary man. From that vantage point, Christ and the community of disciples had nothing to offer Judas that would alleviate his guilt.

Rather than praying to God about his sin, Judas went to the religious leaders for exoneration. Instead of helping him or directing him to God, they mocked him for his sin, so he fell into the ultimate nihilistic mentality.

It’s worth pausing to note that scripture explicitly states that Satan actually entered Judas at some point before his betrayal of Christ (see Luke 22:3 and John 13:27). If Judas truly had a real relationship with God, it seems extraordinarily unlikely that Jesus would have permitted this to happen, and the evidence for this is also linked to Peter. Jesus tells Peter, “Simon, Simon, behold, Satan demanded to have you, that he might sift you like wheat” (Luke 22:31, ESV). Satan doesn’t ask to enter Peter — perhaps he couldn’t — and instead demands to test Peter, similar to the testing of Job. No such permission is asked for Judas, indicating none was needed. Judas probably saw himself as a good and faithful child of Abraham like the pharisees, but whoever or whatever he worshiped as God, it wasn’t Christ or his Father.

Guilt or grief (or both) combined with a fatally flawed view of God often result in self-destructive choices. We fail to submit ourselves to God and acknowledge what we’ve done. We run away from true godly community. We turn to the wrong people to help us. We try to punish ourselves for our sins. None of this can absolve us of guilt. None of it eases grief.

The alternative to Judas’s path is the way Peter took, both in his view of God and also his response to his own grotesque betrayal of Jesus.

David Wilkerson mused on Peter’s denial, saying, “Jesus had said his good friend Peter was a rock. The bold disciple had even walked on water with the Lord, and he had boldly sworn he would die for his Master. Yet later, when Peter was accused of being Christ’s disciple, he answered, ‘I do not know the man!’ (Matthew 26:72). As the crowd persisted, ‘Then he began to curse and swear, saying, “I do not know the man!”’ (Matthew 26:74). Can you imagine such an awful scene? Had we known Peter, we would have thought, ‘That’s it. Peter is finished. He denied Jesus... There’s no hope for this man. God has given up on him.’”

After his denial, we’re told that Peter went out and wept bitterly. He withdrew from Christ; John is the only disciple mentioned as being present for Jesus’ crucifixion. After he failed so epically then, how did Peter not completely implode into nihilism like Judas?

First, Peter had a correct view of God. When Jesus asked the disciples, “’But who do you say that I am?’ Simon Peter replied, ‘You are the Christ, the Son of the living God.’” (Matthew 16:15-16). Part of Peter’s incredible grief was that he knew he’d denied God, not just a friend and a good ‘innocent’ guy. Second, Peter returned to the community of disciples and owned up to what he’d done. Either some of them witnessed it and he confirmed the reports, or he straight out confessed to the group what had happened because his betrayal is documented at length in all four gospels.

Peter’s life had collapsed into guilt for his flagrant betrayal of Christ and grief over the death of his Lord, but he chose to remain in his community and perhaps hope, however feebly, in Jesus’ promises. He went back to fishing, where Jesus had found him originally; and therein lies the faintest flicker of hope.

When the disciples were told about the empty tomb, Peter and John immediately headed out to confirm the report. No expressly stated reason is given for either why John outran Peter or why we’re even told this fact. One can’t help but wonder, though, if Peter’s guilt almost physically weighted on him, if his footsteps were slowed by the thought of facing his Lord when the last time their eyes had met was in a dim courtyard as Peter’s own curses were still echoing off the stones.

Even so, Peter was still running in the right direction this time, not away from Christ but toward him, slowly, guiltily and yet with a desperate longing to be reunited.

Christ finds Peter along with the other disciples. He doesn’t specifically speak to Peter, but he includes Peter in his blessings on them all. “’Peace be with you. As the Father has sent me, even so I am sending you.’ And when he had said this, he breathed on them and said to them, ‘Receive the Holy Spirit.’” (John 20:21-22). Imagine the relief of simply being embraced with the others.

Later, when Jesus appears to them again on the shore of Tiberias, Peter throws himself overboard so he can swim to shore and meet Christ. Here is where Jesus speaks to Peter specifically, asking him three times, “Do you love me?” to stand in stark contrast to Peter’s three denials. He then gives Peter the pastoral commission to care for God’s people in the simple words “Feed my sheep” (see John 21:15-19). If there were ever a church leader prepared to walk alongside those burdened by grief and guilt, it was this apostle.

In his sermon on Peter, David Wilkerson noted, “Here is a prime example of how the Lord preserves and prepares his possessions. Peter was being prepared even in his denial of Jesus. What the devil intended as gross evil, God turned into his own glory.”

In the world, we’re far more familiar with stories like Judas and Macbeth’s where guilt is covered up with failed attempts at absolution as it twists inside us like cancer. The Bible offers an alternative that doesn’t deny the anguish of guilt but offers redemption for those heavy-laden. It demonstrate how God in his absolute power can make our worst failures still give him glory and bring us into a right relationship with him, which will inevitably give us peace.