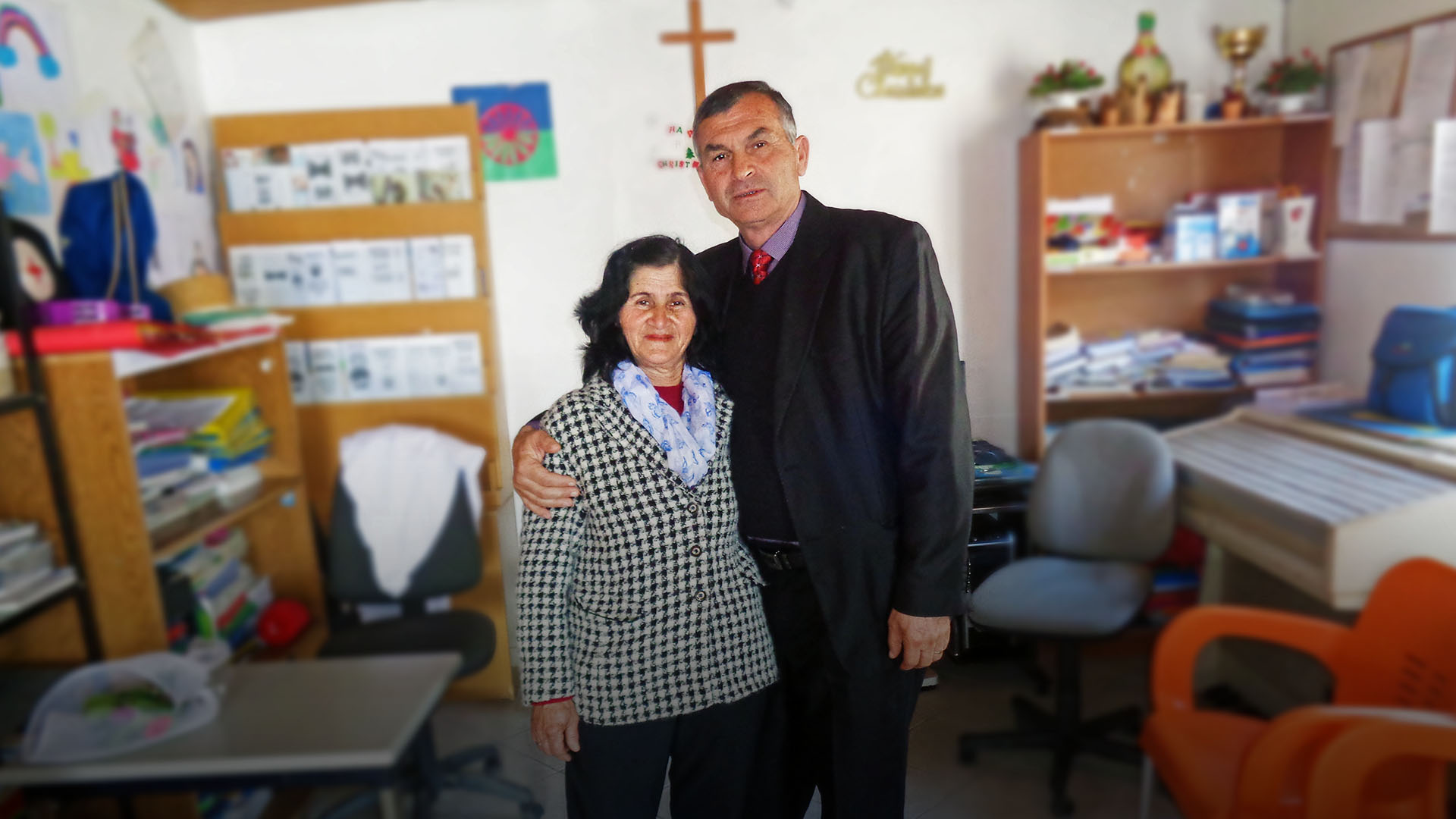 When the Light Shines Through

In one of Albania’s Roma villages, gospel living is changing the face of the town and people’s outlook on their future.

Latif is a leader in the Roma, or gypsy, community. He has served God for more than 15 years in his village, and his home has become a community center and church where people from the village gather. Everyone knows his door is open anytime, and God has done incredible work to heal many of his hometown’s troubles.

Even with everything happening his own village, Latif’s heart was pulled to other villages in the area. What God had done for his family and community should spread to other Roma communities.

Then an opportunity came. While visiting his relatives, Latif heard them talking about the challenges they faced every day. Many felt that no one cared about their hardships and that there was no escape from the mess.

Depression and hopelessness were common themes among their neighbors.

Filled with compassion, Latif shared how Lord Jesus Christ had transformed his life and family and how people in his village had overcome their difficult times.

Caught in the Downward Spiral

One of the major problems that the village identified to Latif was the hopeless situation for the younger generation.

Children didn’t go to school, and parents were too busy to address the issue. Most were trying to figure out how to feed their kids day by day and struggling to keep their heads above the waves of poverty. A lot of them had their children collect trash and comb through garbage bins to help support the family.

Older youth would sit on the street corners, drink alcohol and smoke. Gangs were starting to form, and opposing groups would gather every evening on the train tracks and fight one another.

As Latif and his team started up discussions with people in the village, they wanted to get to the root of this problem.

Providing for the Next Generation

Finally, parents explained that school transportation did not reach the village. The local government or the school officials had decided that it wasn’t worthwhile to drive out to a Roma village. On top of this, the road children would’ve had to take to walk all the way to school was far from their community.

The team rallied parents to set up meeting with the local government about providing school transportation.

As a result, some civil servants and workers from a social center came together to provide a van that could take children to school. The entire effort raised awareness about education in the village, and when the new van arrived, a small host of children were waiting to board.

The number of children regularly going to school jumped from three to 23 in short order.

Simply increasing education wasn’t enough, though. One of Latif’s relatives in the village began holding a children’s club twice a week. There children read Bible stories and learned about the God in addition to receiving homework help. The change among the youth was dynamic; a spirit of joy seemed to settle over many of the children.

The First Sprouts of New Life

As work began to help give the village’s children hope for a better future, however, Latif and the team knew that their parents also needed change and an opportunity to know God who made them for better lives.

First, Latif’s relatives had told him that trash was everywhere in the town, and this was leading to some serious health problems.

They rallied 28 people from the village to help clean up the streets and set up a place where everyone could gather and deposit the garbage.

The cleaning group went through the town once, twice, three times.

As children began to go to school regularly and the town became cleaner, people began to really want to improve their lives more. Some sought out better jobs, still low income and nothing glorious, but still a daily income. Families began using their land to start small farms and even raise sheep.

People took interest in the team’s lessons on better hygiene, healthier food and the hazards of alcohol and smoking. Relationships started recovering between families as people began helping one other.

Because of the work done and compassion shown in their town, many people’s hearts have become open to hearing the gospel and gathering for church services in their village.