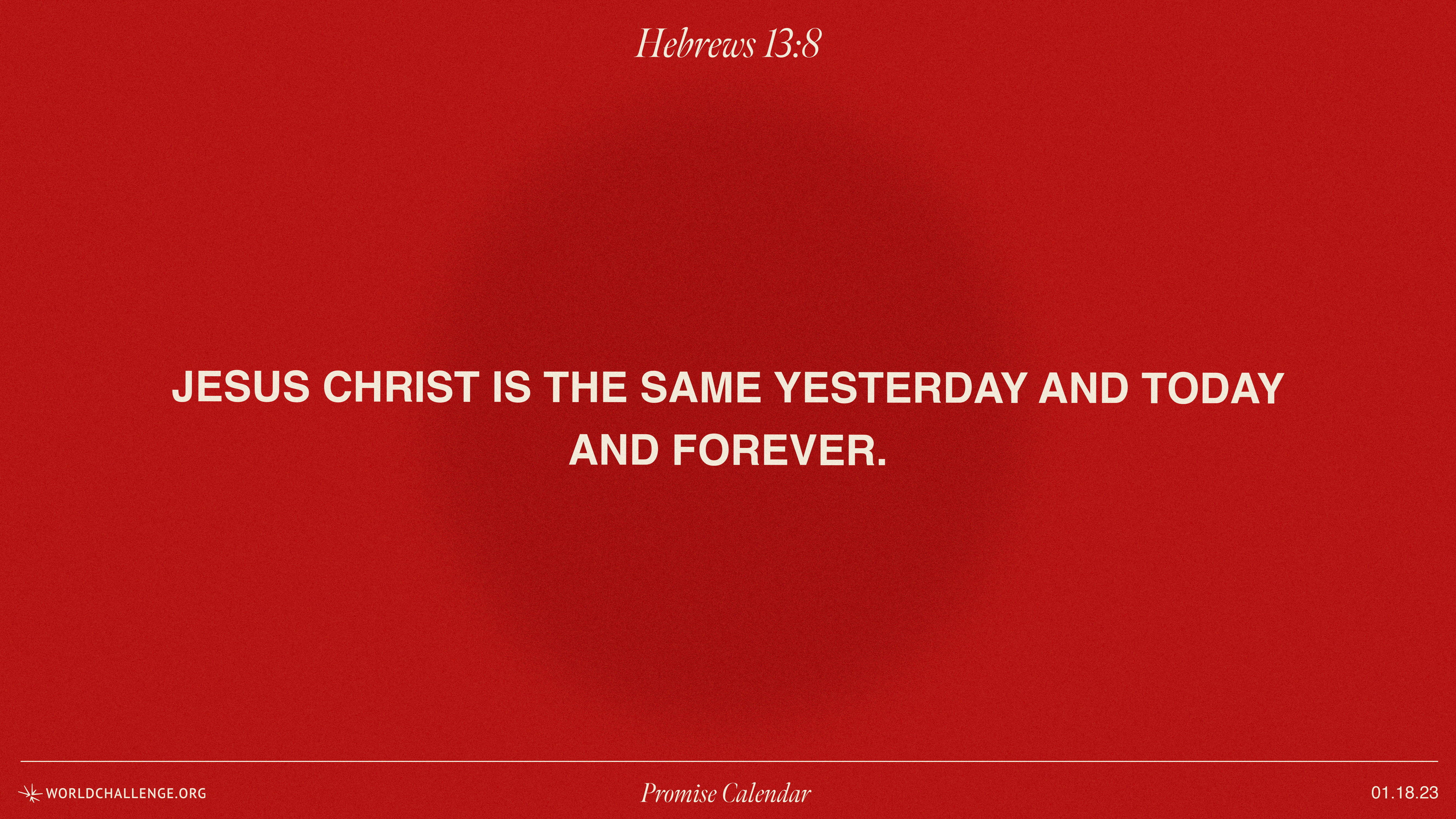 Jesus Christ is the same yesterday and today and forever.

The Lord rules over all of creation with majesty and power. His laws govern the whole universe — all of nature, every nation, and all the affairs of men. He rules over the seas, the planets, the heavenly bodies and all their movements.

“He rules by His power forever; His eyes observe the nations” (Psalm 66:7). “The Lord reigns, He is clothed with majesty; the Lord is clothed, He has girded Himself with strength … Your throne is established from of old; You are from everlasting … Your testimonies are very sure” (Psalm 93:1-2, 5).

These psalms were written by David, who is testifies, in essence, “Lord, your testimonies — your laws, decrees and words — are irrevocable. They are utterly reliable.” The author of Hebrews echoes this, declaring that God’s Living Word is eternal and unchangeable (see Hebrews 13:8).

Think about it. There are laws operating in the universe that govern how things work, without exception. Consider the laws that rule the movements of the sun, moon, stars and earth. These heavenly bodies were all put into place when God spoke a word, and since that time they have been ruled by laws that God also spoke into being.

The New Testament tells us that this great God is our Father and he takes pity on his children. “For we have not an high priest which cannot be touched with the feelings of our infirmities; but was in all points tempted like as we are, yet without sin” (Hebrews 4:15, KJV). God hears our every cry: “The righteous cry out, and the Lord hears, and delivers them out of all their troubles” (Psalm 34:17).

We are also told that God is the righteous King who judges by his law. His Word is his constitution, containing all of his legal decrees, by which he rules justly. Everything in existence is judged by his immutable Word — including his children!

Simply put, we can hold the Bible in our hands and know, “This book tells me who God is. It describes his attributes, nature, promises and judgments. It is his rule of law, from his own mouth, by which he rules and reigns.” What a mighty God we serve!