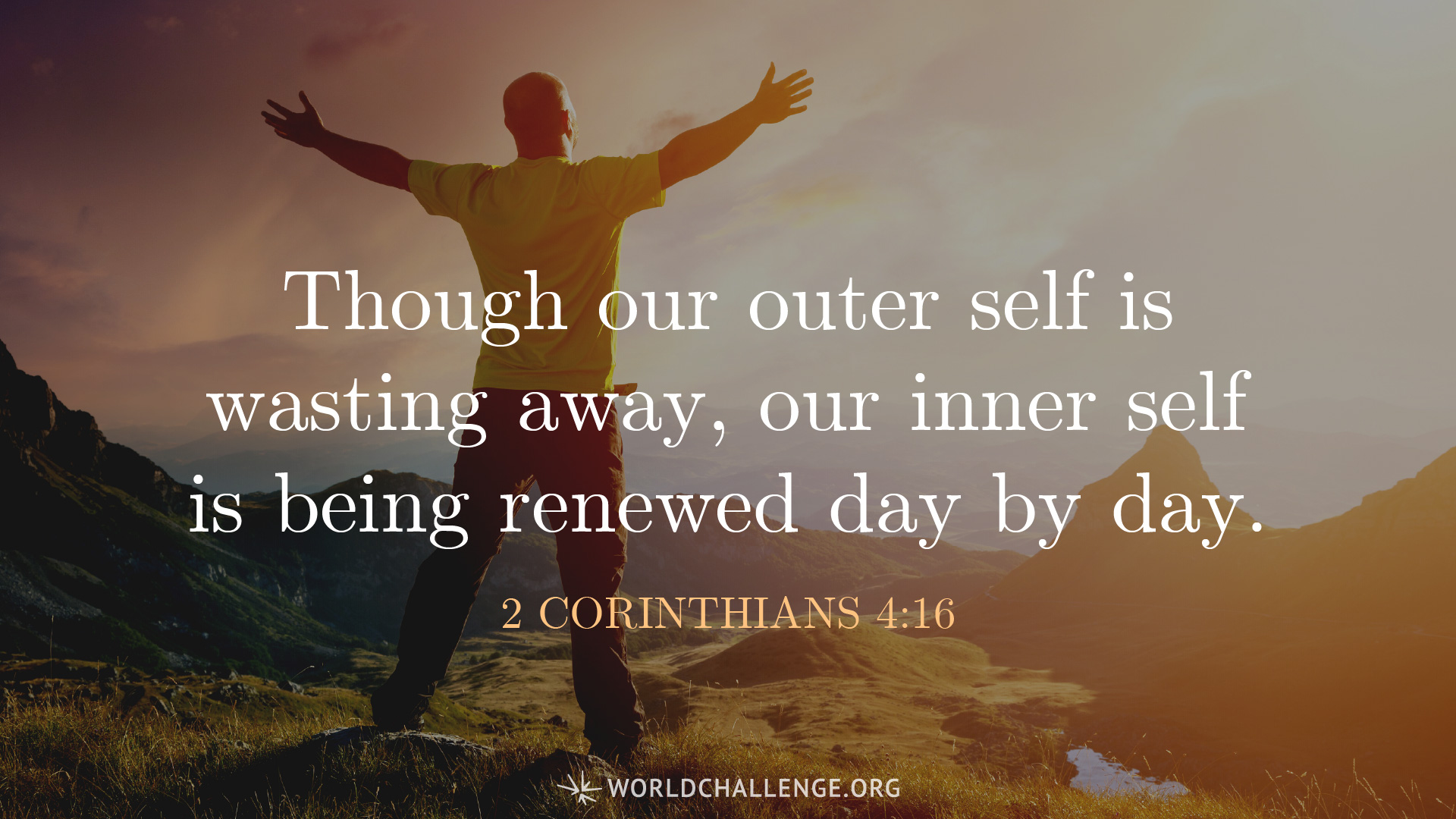 So we do not lose heart. Though our outer self is wasting away, our inner self is being renewed day by day.

Paul speaks of our having an inward man (see Romans 7:22). To the Corinthian church Paul said, "Though our outward man perish, yet the inward man is renewed day by day" (2 Corinthians 4:16). Indeed, there are two such selves in all of us. There is both an outward man and an inner, hidden man. The outward man is always on display before others but the hidden man is known only by God. This inner man doesn't display himself conspicuously. He resides where nobody else can see the work being done in him. And the Holy Ghost is constantly at work in him, strengthening and preparing him to receive true spiritual authority.

Peter illustrates this duality in us by giving us the example of a certain woman. This woman is decked out in finery, wearing the latest hairstyle and all manner of jewelry, rings, bracelets, chains. She's a living, breathing example of flesh appealing to flesh.

“Whose adorning let it not be that outward adorning of plaiting the hair, and of wearing of gold, or of putting on of apparel; but let it be the hidden man of the heart, in that which is not corruptible, even the ornament of a meek and quiet spirit, which is in the sight of God of great price” (1 Peter 3:3-4).

It's clear that Peter is speaking here of the backslidden church. This church operates in the flesh, basing everything on outward appearances. It has no inner holiness and therefore no real authority. Tragically, many Christians are attracted to this kind of church. They're impressed by flashy services that possess nothing of God's true glory.

Please don't misunderstand: Peter isn't asking any Christian woman to throw away her makeup kit. Rather, he's saying, "If you want to move in spiritual authority, then stop trying to impress others by how you look or act. Instead, focus on the hidden person. That's the only way to obtain Christ's authority."