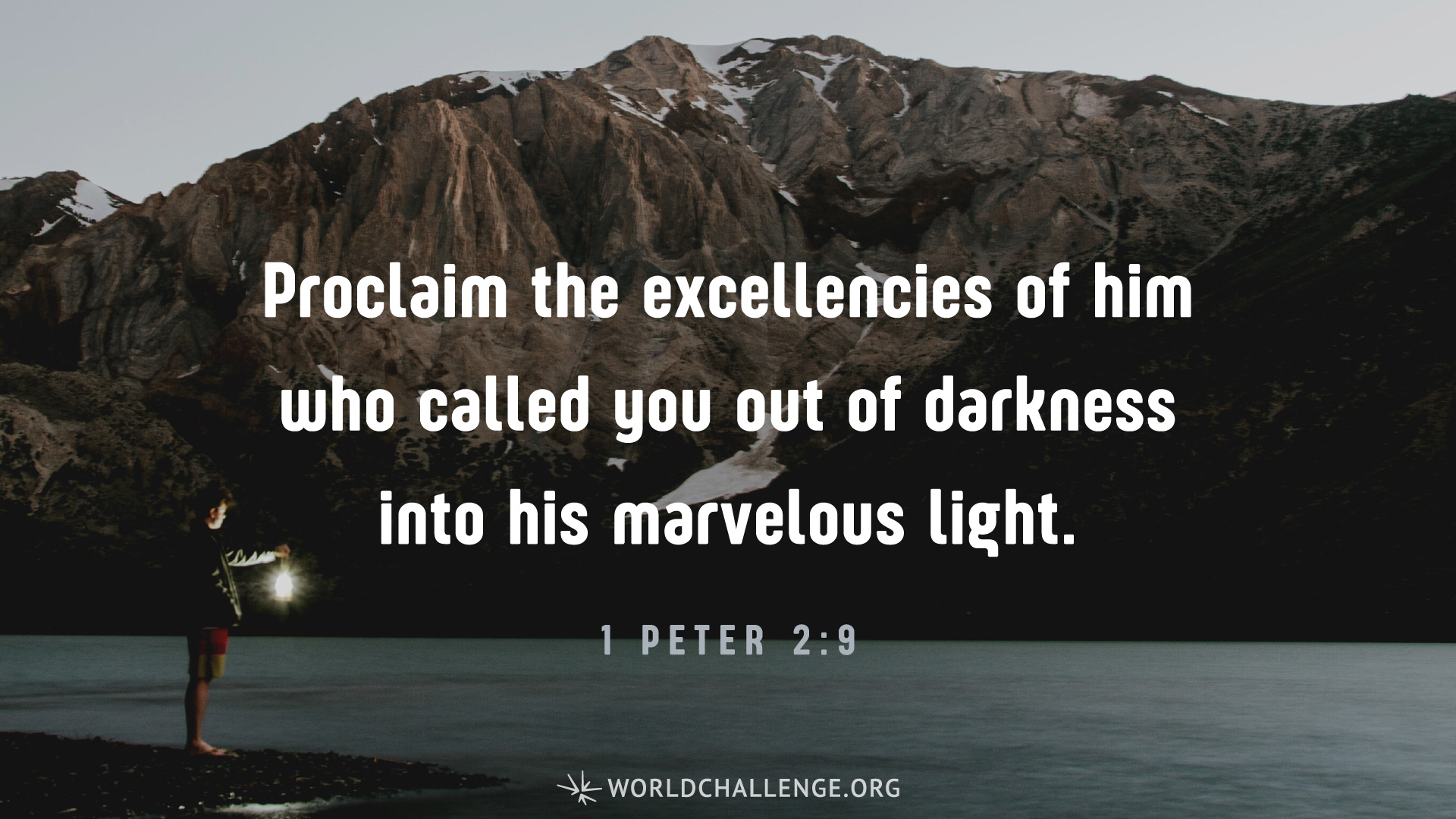 But you are a chosen race, a royal priesthood, a holy nation, a people for his own possession, that you may proclaim the excellencies of him who called you out of darkness into his marvelous light.

Beloved, the Lord didn't save us simply so we could bask endlessly in His goodness, mercy and glory. He had an eternal purpose in choosing each one of us and that purpose goes beyond blessings, fellowship and revelation. The fact is, God still reaches out to lost humankind. And He's searching for a believing, trusting people He can shape into His greatest evangelistic tool.

Our Lord doesn't use angels to witness of His glory, He uses His people. He desires to train us as a special, "peculiar" breed (see 1 Peter 2:9). He is looking to prove His Word in our lives so that the world will believe it when we proclaim it. He wants to present to the unbelieving nations a faithful people who have been rocked by hard times, broken by deep trials, yet who continue to trust Him.

We see God searching for such a people in Gideon's day. When Gideon issued a call for volunteers to fight the Midianites, thousands of Israelites responded. But the Lord told Gideon, "The people that are with thee are too many for me to give the Midianites into their hands. . . . Proclaim in the ears of the people, saying, Whosoever is fearful and afraid, let him return and depart" (Judges 7:2-3).

God was telling Gideon, "If anybody here is afraid, tell him to go home now. I won't allow My army to be infected by fear." God was actually turning away volunteers for His army; in fact, at one point, some 22,000 doubters were sent home. Gideon eventually reduced the number of volunteers to 10,000 but God told him there were still too many. The Lord finally settled on 300 battle-tested soldiers.

This ought to tell us something. As the Lord seeks gospel messengers He can send out to the world, He is not going to recruit churches whose pews are filled with fearful, doubting, untested people. He won't look for powerful, efficient religious organizations or highly educated seminarians. God uses organizations and the educated, of course, but in themselves not one of these has the resources needed to be God's tried and tested messenger.