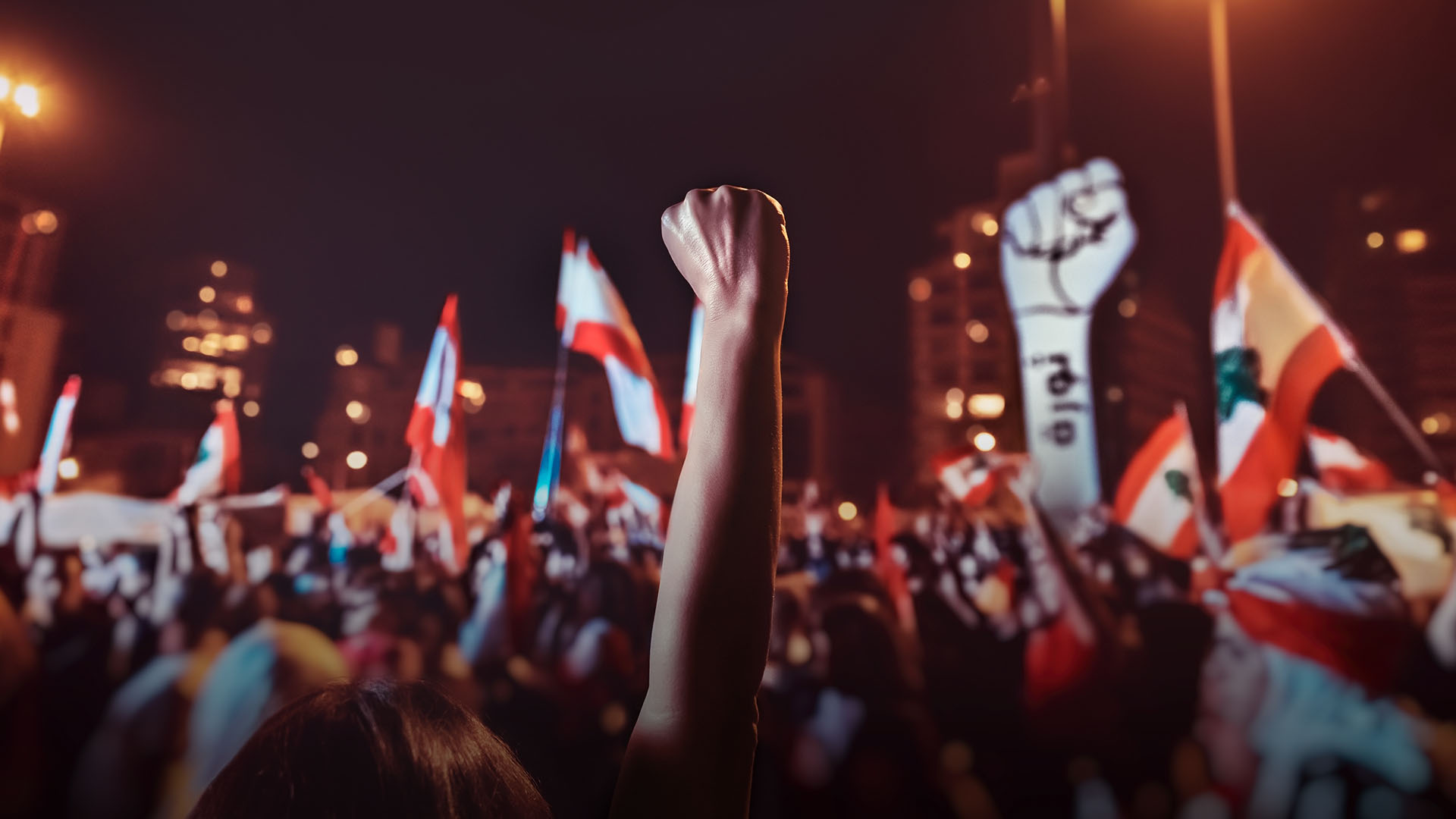 An Uprising in Lebanon

World Challenge’s partners are caught in the middle of the Middle East’s most current uprising, but they are holding on to God’s promises to work in the midst of their troubles.

The Arab Spring exploded in 2011, and it has lingered in the Middle East ever since. Now, though, rumblings of protest are threatening to resurrect the violence that characterized the revolution from several years ago.

“In Lebanon, the protests have been mostly peaceful,” BBC editor Jeremy Bowen reported, “but in Iraq and Iran in the last few weeks, hundreds of people have been shot dead in the streets.” In Iraq alone, reports are coming in that 400 people are dead and about 15,000 have been injured. In Iran, reporters have counted nearly 200 killed in the last few weeks.

The issues in these countries that sparked protests and controversy are hardly going away. If anything, they’re growing worse.

People are becoming impatient with governmental organizations’ reticence to act, and others are becoming frightened by mounting anger and terrorist movements amid the unease.

The Growing Storm of Troubles

“The protests in Lebanon started after an attempt to increase taxes,” Jeremy Bowen explained further. “But that was just the last straw. The real anger comes from a long-running economic crisis, presided over by leaders widely believed to be corrupt.”

In the last couple weeks, however, feelings have intensified as reports pour in of fellow protestors in neighboring countries being shot down or attacked by their own military. Lebanon’s government, currently run by the Shia Muslim group Hezbollah, then turned on the Lebanese people, sending thugs into the crowd to attack protestors and vandalize cars.

The army has had mixed reactions. Some platoons have been sent in by Hezbollah leaders to roughly disband demonstrators, but other solders have instead protected civilians, even bodily shielding some protestors from attacks.

Government officials who have declared their resignation during the second week of protests are still stalling on assigning a new prime minister or otherwise acting. The delays seem mainly to keep a system in place that will cover officials in danger of being taken to court on charges of corruption. Meanwhile, Lebanon’s economy is floundering.

“A couple of days ago, the fuel suppliers went on strike and many people couldn’t fill their cars,” one of World Challenge’s partners reported. “We saw lines of people at the gas stations trying to fill a plastic container with fuel. Protesters stopped their cars in the middle of roads, blocking all circulation, in response to the government’s failure to release funds for fuel.”

Our partners in Beirut have reported that last week alone, 2,600 businesses closed their doors permanently and many more are scheduled to shut down by the end of this month. Unemployment is hovering around 54 percent, and it looks like it will grow worse before the conditions there improve.

A Prophetic Word of Hope

World Challenge partners in Lebanon are praying about how to navigate this situation. They primarily take care of refugees from Syria and Iran who have fled to Lebanon’s more stable cities.

“The Syrian refugees are fearful of a war and they asked me, ‘If a war starts, where would we go?’” one partner said. “They are reliving the fear that they experienced in Syria. Even children are hearing their parents talk and are stressed.”

Now they are also finding starving locals knocking on their doors with critical needs, unable to find work and with no money and no food for themselves or their families. “We are trying as much as possible to keep a semblance of normality, opening our centers to children both in Beirut and in Zahle and keeping a hopeful atmosphere, which is what everyone needs.”

They will go on feeding the hungry and caring for the injured and sick for as long as they are able.

Meanwhile, they are coordinating continual prayer groups, a daily prayer meeting at the centers and a weekly prayer tent in the middle of the protests, directly across from one of the large, local mosques. They worship and pray, often with protestors who approach to ask questions and seek prayer for themselves and their country.

“We are bracing ourselves for the long haul,” our partners have written to us. “We know it’s going to take some time before we see the results that we desire, and the situation is quite precarious.”

They shared with us a prophetic word, though, that they felt they had received from the Spirit in the middle of their trials.

There is a flaming sword in Lebanon. It is a sword of devastation, but I will show her mercy, for the sword cannot save them in the time of trouble. Cry out for mercy.

The foundations of Lebanon are shifting. Strongholds that have been here for hundreds of years are falling away. The Lord is doing a deep work, and his movement will be felt not only in Lebanon but in the whole Middle East region.

Histories of nations are being rewritten. The devil knows that his time is short, his efforts will become more and more obvious. He cannot win Lebanon because the saints will take their rightful place.