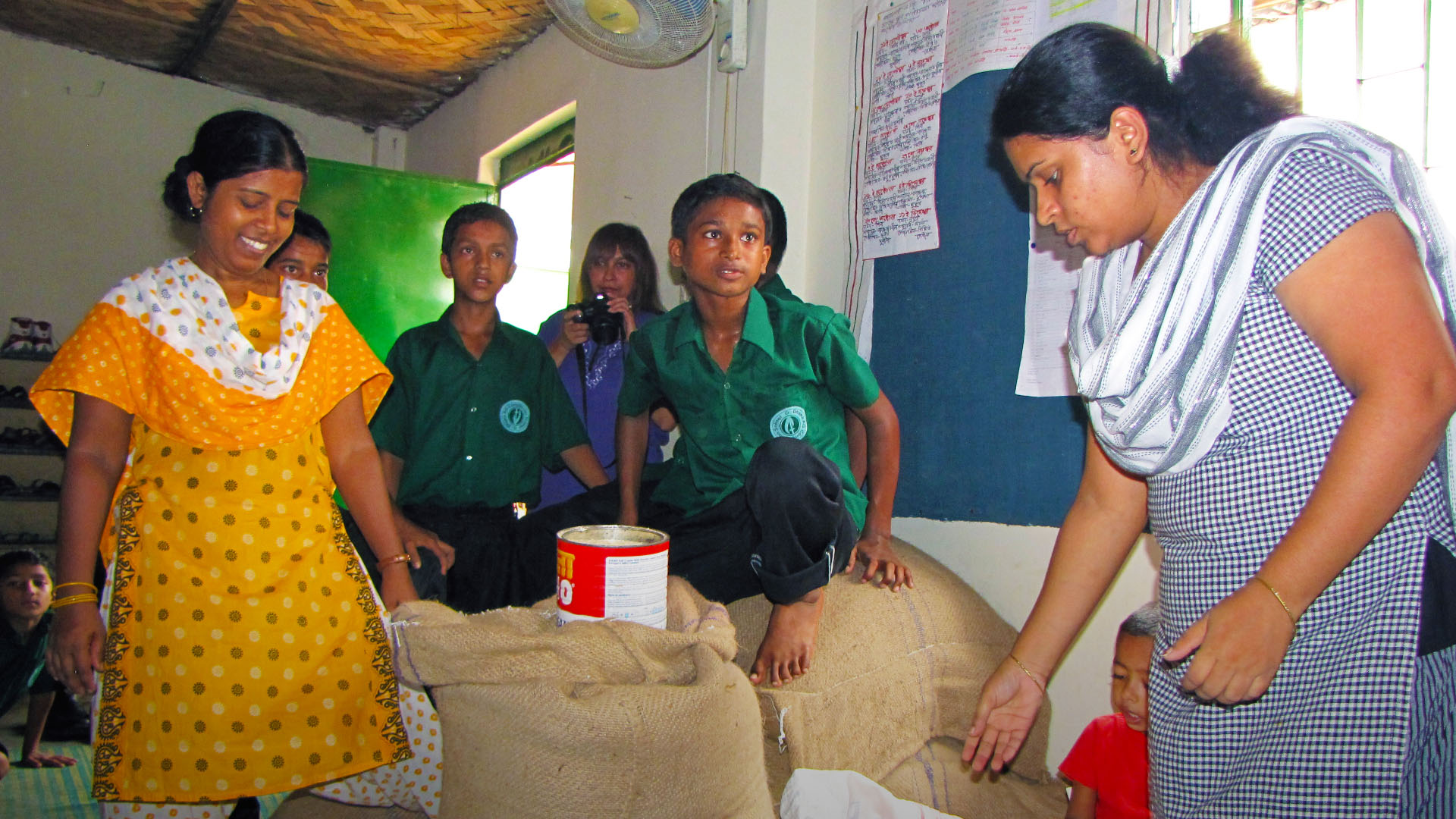 According to the Human Rights Watch, “Bangladesh has the highest rate of child marriage of girls under the age of 15 in the world, with 29 percent of girls in Bangladesh married before age 15…”

In a study that interviewed hundreds of women across the country, researchers found a shocking number of girls who had been married off before they were 11 years old.

Although child marriages have been illegal for decades, the practice is alive and well, especially in poorer communities.

Child Brides in the Slums

For the Dalits—the “untouchables”—who live in Bangladesh’s slums, parents regularly struggle to feed all of their children.

For many, the easiest solution is marrying off their daughters as soon as possible.

“Child marriage is one of the biggest issues in their community,” one member of the World Challenge team working with this group reported. Schools usually won’t permit Dalit boys to attend, much less girls. Also, dowries are smaller for younger girls, which all adds to the temptation for families to give them away.

Sometimes the girls themselves run away with a man because they’re frightened by sexual harassment or by the man to whom their family might give them.

One woman taking part in a study for Institute of Development Studies told researchers, “My daughter left at 12. She ran away with a boy who was very poorly educated but talked her into it when he was at a party in our village. I could not stop her. She’s now 15 and has two kids.”

These young women are far more likely to experience health issues from pregnancy and are vulnerable to abuse and abandonment.

Biblical Value for the Marginalized

Legislation has been passed to better enforce laws that girls must be at least 18 before they marry, but these motions have proved largely futile among the economically depressed and aren’t likely to be upheld for Dalits anyway.

As the organization Girls Not Brides points out about the issue in Bangladesh, “As one of the poorest, and most densely populated, countries in the world, it can be difficult to overcome the root cause of child marriage: poverty.”

With this in mind, World Challenge partners have taken a different, gospel-centered approach to get to the cultural, spiritual and practical roots of the issue.

Their developmental activities stress that God values women and girls the same as men. Jesus died to save both and spent much of his ministry defending those who were marginalized by their society. These lessons are accompanied by economic classes that show how men can work together with their wives to save money.

These classes train community members to form savings groups so they can provide better for their families.

The Beloved Children of God

The response to these economics classes has been outstanding.

“These people now have weekly savings that has turned into total of BDT 40,000,” one trainer happily said as he described the work in one small Dalit community. This amount is over 7 times what one of them might make in an entire month, most of which would be spent on food.

“The families take loans with low interest rates from the savings to solve their urgent family needs or problems—” such as being unable to feed their children or feeling forced to marry off their daughters too young.

The training team has formed a committee with the local leaders of the Dalits to help them understand how harmful child marriage and other issues can be for families and the community at large.

They hope that as they continue to work with the community, they will have more opportunities to share the freedom of Christ’s sacrifice with these dear people.

Only then will women be seen as they truly are: God’s beloved daughters.