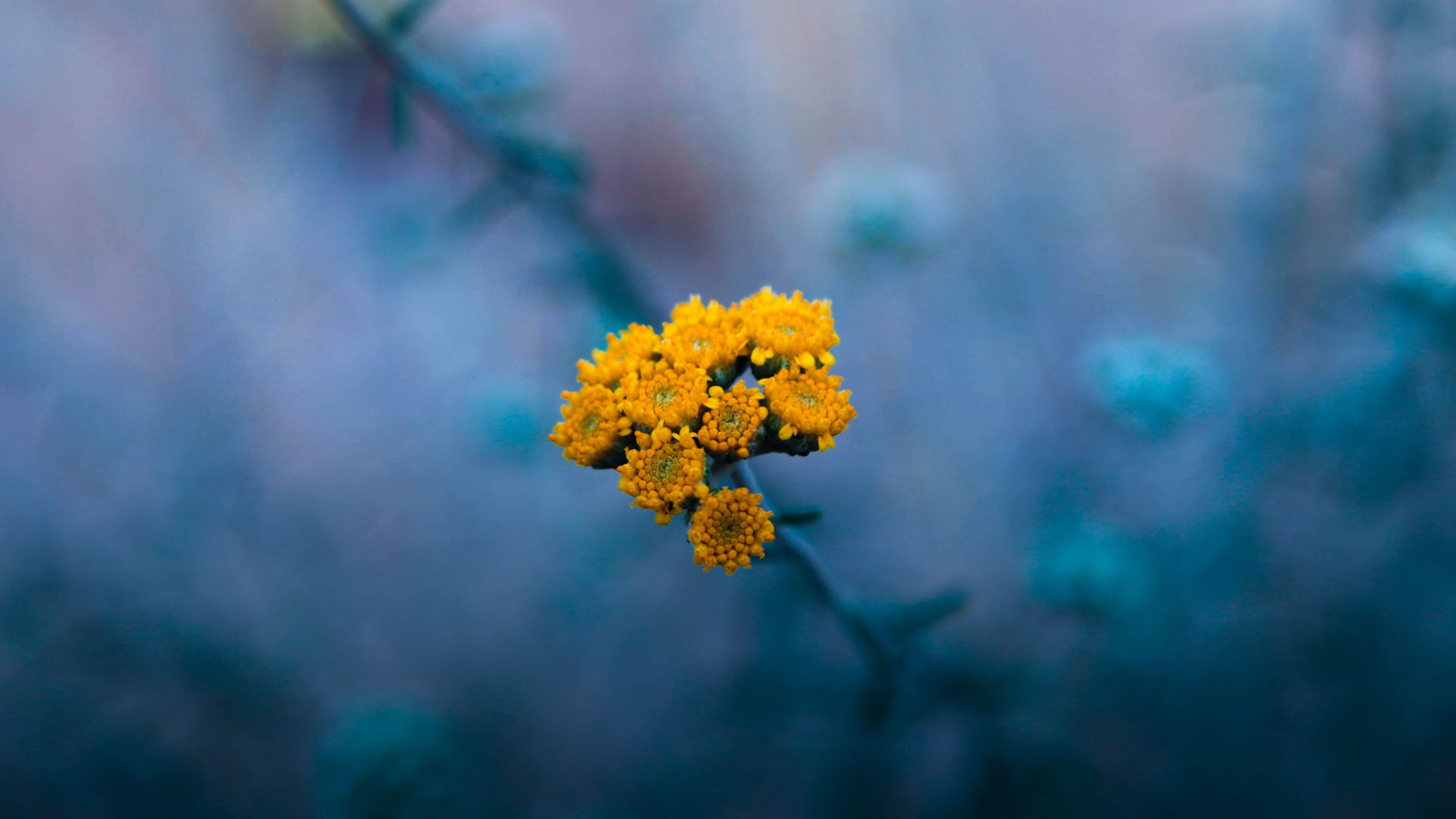 Grace Has to Transform Our Giving

At various times, I’ve quoted the late Leonard Ravenhill who said Christianity has become so subnormal that if a follower of Jesus began to act like a normal New Testament Christian, they would be considered abnormal.

Nowhere does this apply more than to our relationship with money. Most Christian teachings on finances today focus on cautious, disciplined stewardship. That’s all good counsel, but we rarely hear this kind of cautious teaching about the rest of our lives, which is supposed to be bold, jubilant and joyfully sacrificial. I believe our approach to money, and our giving in particular, should be consistent with all other teaching.

In other words, true generosity has to come from the Spirit of Christ not from carefully measured human goals. We need to show discipline not so much in counting pennies and dollars but in obeying the Holy Spirit. He wants to transform all our giving, whether that involves our time, energy or finances.

If I may riff on Leonard Ravenhill’s statement, we’re meant to have crazy generosity. This kind of generosity isn’t impulsive or haphazard but is driven by the grace of God. After all, his generous grace has so freed us that we want to bring the same freedom to others. So in terms of material resources, crazy generosity is about releasing God’s resources to a world in need so that their lives may be changed and blessed.

The apostle Paul engaged the church in crazy generosity.

Paul began his first letter to Timothy, “As I urged you when I was going to Macedonia, remain at Ephesus” (1 Timothy 1:3). Evidently, Timothy, Paul’s young co-missionary, wanted to accompany his mentor, Paul, on a trip to Macedonia.

There was a contrast with what was happening in the churches of Macedonia and Ephesus. The Ephesian church where Timothy was involved was having problems. These weren’t the outward problems of a church like the one in Corinth, where Christians sinned blatantly. Those folks were a hot mess.

The Ephesians were a different story. They were enamored with their own self-interests. That leads to powerful deception because it centers on self rather than Christ. Such a person tells himself, “I want my life to work a certain way, to have a high social position and to have plenty of money in the bank.”

While that happened in Ephesus, a famine in Macedonia caused extreme poverty. The Christians there were on Paul’s mind when he wrote to Timothy in Ephesus, where resources were abundant. “As for the rich inthis present age, charge them not to be haughty, nor to set their hopes on the uncertainty of riches, but on God, who richly provides us with everything to enjoy. They are to do good, to be rich in good works, to be generous and ready to share”(1 Timothy 6:17-18). The NIV translates the word “charge” as “command.”  Paul was commanding the rich to give generously.

A few years ago, my wife and I looked at our ageing oven and decided we needed one that was up-to-date. That decision was a luxury beyond the reach of the vast majority of the world. Make no mistake, when Paul addresses “the rich in this present age,” he’s speaking to us, and he’s commanding us to be generous.

We all know that being generous isn’t just an outward action but an inner trait.

You can write a big check to a charity and still not be generous. That’s why, to me, Paul’s charge to Timothy sounds weird. Paul knew that it’s futile to command something of somebody when it’s not in their heart to do it.

Most teaching on giving falls on either end of the spectrum, the “shoulds” or the “cans.” When I pastored a church, I instructed our congregation, “You should never donate a penny because I say you should. If I tell you that you should, you won’t want to give.” I honestly didn’t care how much people gave or even whether they gave.

You see, I grew up in a Pentecostal church where I heard a lot of “shoulds” from the pulpit, including on giving. When that happened, I recoiled. I wanted deeply to please Jesus, but every “should” made my stomach churn because it felt like a heavy burden.

By contrast, I’ve heard a lot of ministers today say with a cheerleader’s smile, “Giving isn’t a should. It’s a can!” They make it sound rah-rah, as if cheering you on could change your heart.

The problem with both approaches is that the “shoulds” and the “cans” are centered on the wrong thing: you. That’s not the gospel. The gospel is “He did.” He – meaning Jesus – rescued you, cleansed you, redeemed you and put a new spirit in your heart whereby you cry joyfully in response, “Abba, Father!”

If you are filled with the Holy Spirit, you’ll be motivated to give even as you have received. In turn, Paul assures, “My God will supply every need of yours according to his riches in glory in Christ Jesus” (Philippians 4:19).

The law isn’t meant just to show us where we fall short. It’s meant to lead us to grace. It causes us to say, “Wow, I didn’t see my blind spot. I’m not under judgment for this, but I do need Jesus’ grace applied in this area.”

This helps us better understand Paul’s strange command to the Ephesians to “be generous.” Paul wanted them to see that something important was missing in their lives. Of all churches, the one in Macedonia where the devastating famine took place understood generosity the most. Paul explains this in his letter to the Corinthians.

“We want you to know, brothers, about the grace of God that has been given among the churches of Macedonia, for in a severe test of affliction, their abundance of joy and their extreme poverty have overflowed in a wealth of generosity on their part. For they gave according to their means, as I can testify, and beyond their means, of their own accord, begging us earnestly for the favor of taking part in the relief of the saints” (2 Corinthians 8:1-4).

Talk about the effects of grace! The impoverished Macedonians pled with Paul to let them give to their suffering neighbors. You have to understand that what these folks had just endured was much worse than what the U.S. is experiencing economically. Instead of hanging onto every penny, however, they gave “beyond their means, of their own accord” without any urging.

It’s hard for us to grasp just how astounding this was. Think of a wealthy churchgoer today, someone who makes $80,000 a year. We think they’re being generous when they give an extra $1,000 charitable gift above their tithe. By contrast, the Macedonians were like a typical villager in a developing country who makes $1,000 a year but gives $500 of that toward his neighbors in need. The poor in Macedonia were outgiving their wealthy brethren by light years!

If someone did that today, we would think it’s freaky, bizarre, or worse, irresponsible. In short, we would call it crazy. Of course, it is; it’s crazy, ridiculous, biblical generosity. Paul commended the Macedonians for it. He held them up as an example to challenge the selfish Ephesians to be generous.

Paul preached crazy generosity when he told the Corinthians to give cheerfully.

“Each one must give as he has decided in his heart, not reluctantly or under compulsion, for God loves a cheerful giver” (2 Corinthians 9:7). The word for “cheerful” here also means “merry.” That’s a far cry from giving grudgingly. It’s crazy giving.

When Paul wrote to Timothy, he included that there was a reward for the Ephesians. “They are to do good, to be rich in good works, to be generous and ready to share, thus storing up treasure for themselves as a good foundation for the future, so that they may take hold of that which is truly life” (1 Timothy 6:18-19, my emphasis). Paul says plainly, “Life isn’t found in what you can hoard. It’s found in giving it all away.”

Do you want to be generous? To give merrily? To take hold of what truly gives life? Come to the cross and discover God’s grace to give. His generosity will transform your life in every possible way.

As believers in the West, many of us may find it easy to dismiss the impact of spiritual attack.