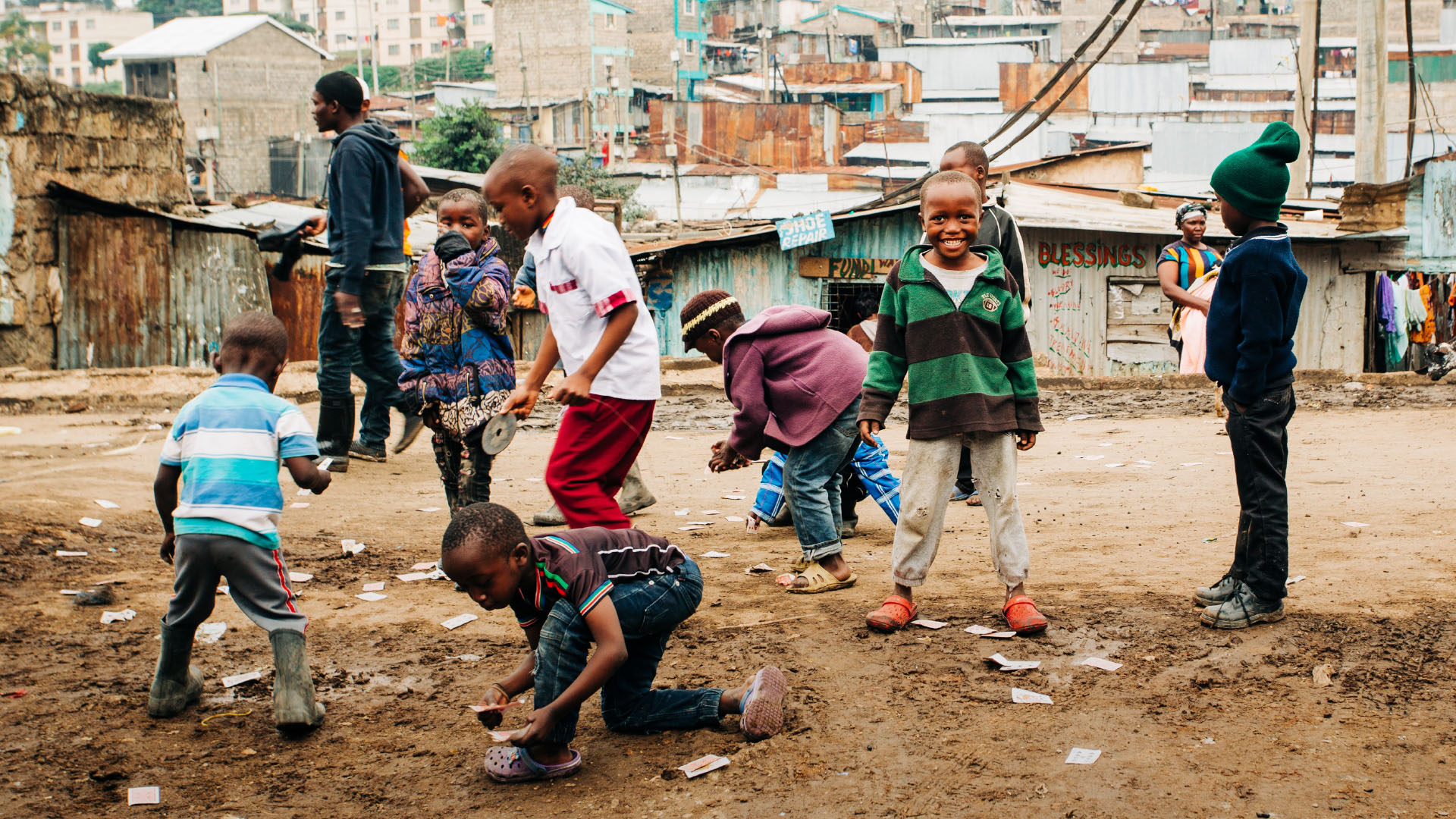 Mercy in the Slum

In Kenya’s grittiest and most impoverished sector, God is bringing incredible change to people’s hearts and lives.

As the sun rises on the eastern part of Kenya’s capital, it brings to light one of the world largest slums: Mathare.

The third largest in Africa, this slum is home to some 500,000 people scraping together a living in grinding poverty.

Despite an initiative by Kenya’s government to provide the slums with better sanitation, a single toilet in Mathare may be shared by as few as 70 people or as many as several hundred. Hygiene is an issue, to say the least.

While many communal restrooms are free for men, women are charged. This means that a large portion of Mathare’s population literally can’t afford to go. Streams of sewage flow between makeshift shanties and down winding tracks and narrow alleys that serve as the slum’s only “roads.” Clothes are washed in a nearby river which also transports human waste.

As darkness falls, roaming gang members terrorize the slum and conscript unguarded children into their ranks, boys as drug runners and girls as prostitutes.

If there are any police posts within the Mathare Valley, they’re near impossible to find.

He visited a number of widows, was introduced to their families and heard their stories. Many of these widows have beautiful hearts and a great love for the Lord. Most lost their husbands to war, riots over recent elections or HIV. Many had children who have died or left to seek a better life elsewhere.

Several of these widows happily brought Mark into their homes and introduced him to the orphaned children they’ve adopted.

In the midst of great loss and sorrow, these women had built new families, determined to show God’s love to children who had been abandoned by their parents.

The experience of seeing these ladies’ generosity inspired Mark’s missions update in the Pulpit Series Newsletter.

A School of God

While in Mathare, Mark also visited a pastors’ school.

Strange as it may sound, a gentleman named Paul Crowley runs a Bible-instruction and discipleship program exclusively for pastors living in the slums.

The vast majority of these men have had no training on what the Bible says or basic tenants of Christianity. Animism and shamanistic beliefs pepper their theology and world view.

Needless to say, none of Mathare’s residents can afford Bible college, but these men have had their lives touched by God and are passionate to share this experience with others.

Mark explained how the 250 pastors enrolled must submit to strict attendance and rigorous Biblical curriculum. “Paul is very serious about the rules. If these men mean what they say about wanting to be pastors, they’ll stick with the program and obey the regulations.”

For many, it will take between two and four years to graduate, but over nine out of 10 students will succeed.

Heart of the Slum

Although Mathare may seem in pictures and outside descriptions like hell on earth, it is giving birth to a movement of a very different nature.

God is present between shanties and soiled riverbeds as people passionately pursue him and show his love to the abandoned.

While the Holy Spirit transforms people’s hearts within, World Challenge’s partner churches are working to support those giving orphans a new home and help a pastors’ school that could make serious impact in the heart of the slum.