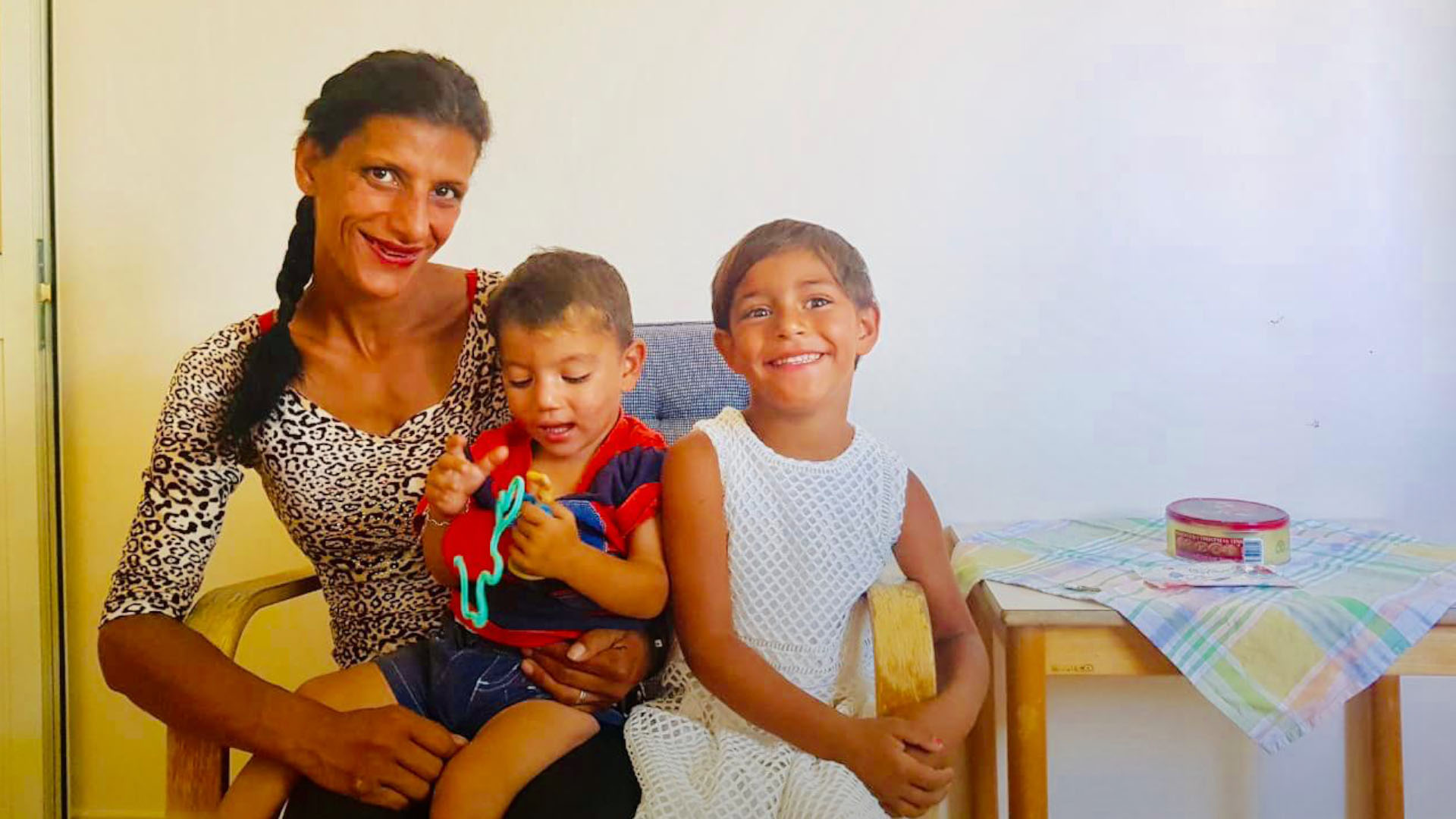 World Challenge partners in Albania help one Roma woman with a disability find a new home after she was the victim of a crime.

The Roma community in Europe is often classified as the most economically depressed.

Unemployment, untreated medical issues and unforgiving living conditions are constant problems they must face. Those Roma with disabilities are dealt an even harsher hand.

Few resources were available for someone like Dorena. She’d been born with a severe speech impediment; speech therapy might have minimized it, but of course no such thing was available for a Roma woman.

If she wanted to communicate with anyone, she had to take her daughter with her. The little girl could translate her noises and gestures for others who would otherwise be too impatient to figure out Dorena’s pantomiming.

On the Edge of Survival

When Dorena fell desperately ill and took herself to the hospital, the doctors impatiently rushed through her examinations and then left her bedside. She was Roma; she couldn’t pay. Her three children were left by themselves while she was kept at the hospital, and she fearfully wondered if they were okay.

Dorena gratefully left as soon as they would release her. As she approached her small shack, though, her stomach sank. The lone window was gone. The shanty door had been ripped away as well.

She scrambled up the step. Inside, she gasped then began, very quietly, to sob. Her home had been ransacked.

Her oldest daughter had fled with the younger two over to a neighbor who let them sleep on the floor. Their bed-mats, clothes, pots and even the little dirty rugs were all gone. All that had been left in the house was one tiny bag of rice, either out of God’s mercy or the thieves’ shame.

Dorena shuffled around the narrow, dark space, touching places where her few but beloved belongings had once been and trying to imagine the next few days. Who could she go to for help? Her neighbors were desperately poor and might very well be the ones who robbed her in the first place.

In a community constantly on the edge of survival, everyone was low on patience and pity.

The Victims of Crime

“Having a disability places you in the world's largest minority group.”

If we were to double the United States’ entire population, it would almost be the same number of people worldwide who are living with a disability, about 650 million.

Despite representing such a sizable portion of the human race, people with disabilities are one of the most vulnerable populations.

“The two-way link between poverty and disability creates a vicious circle,” notes Disabled World, a digital storehouse of research and studies for those with handicaps. “…people [with a disability] face barriers to the education, employment, and public services that can help them escape poverty.”

Dick Sobsey discovered that “individuals with disabilities are over four times as likely to be victims of crime as the non-disabled population” in his research on victimization risk rates and patterns of abuse and assault.

Not only are they more likely to be a target, but in her book Vulnerable, Canadian psychologist Charlene Senn noted a quiet but frightening aspect of nearly every case she was studying. “Even when the abuse is reported, the charges are rarely investigated when the victim is disabled.”

With nothing but a bag of rice to her name, Dorena went to the local dump. She tugged out shirts from beneath abandoned tires and brushed glass off of torn sweaters. Plastic bags of trash she tore open to find any food that wasn’t too rotten.

She could make it a few more days with what she’d gathered, but her situation was still grim.

Fearful of her neighbors, Dorena went to the only other place she could think of where she might find help: church.

She occasionally received food from a church program run by World Challenge’s partners in Albania, and they were the last tattered thread of hope she had left. Several members of the church went back to her home with her and saw the ravaged interior.

They gave her some clean clothes and jackets for herself and the children. Then they set about helping her find a new home, one with power and heating so that her family would be okay next winter.

Finally, Dorena had found people who would help her,