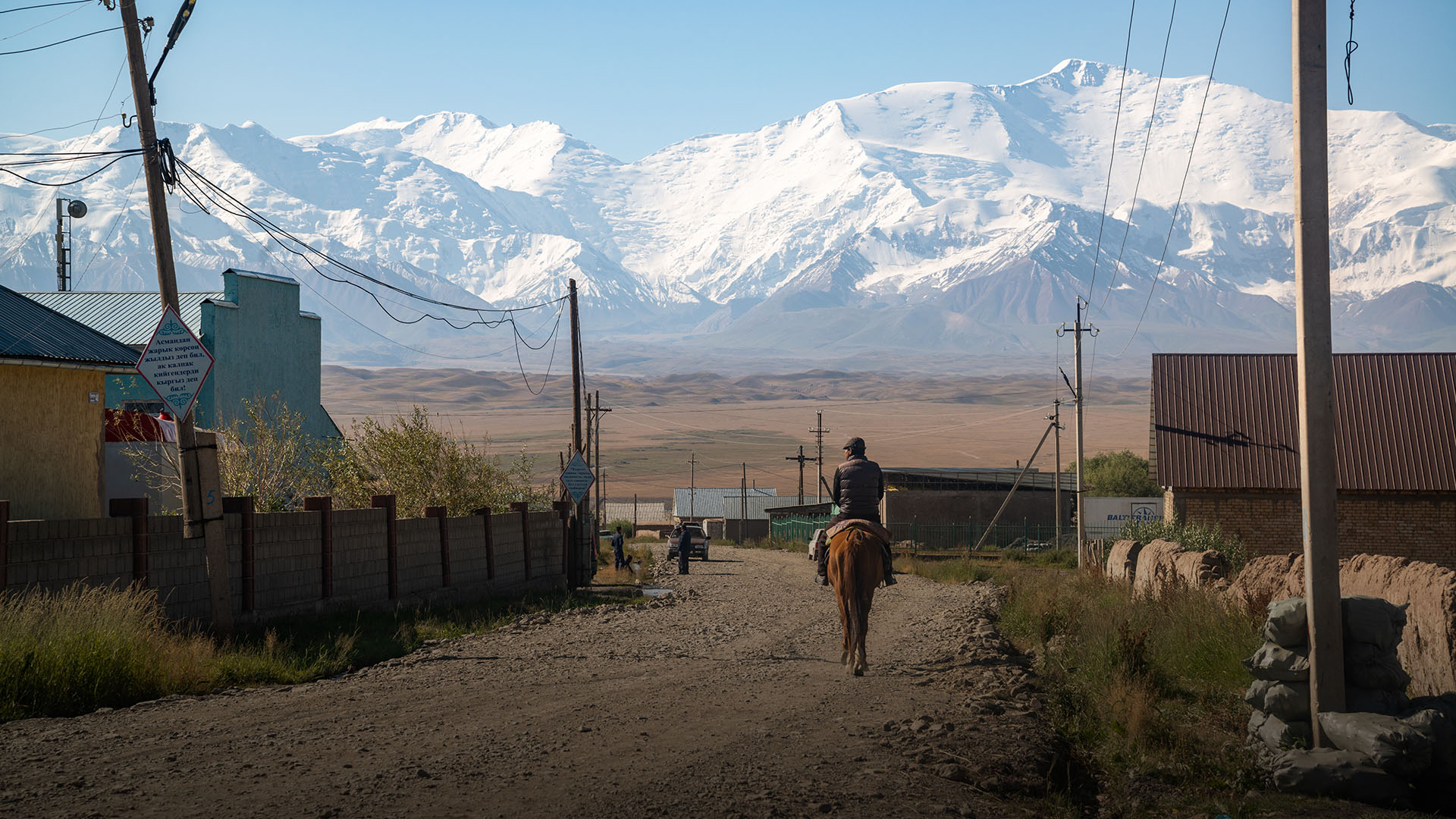 Kyrgyzstan: Crossroad of the Middle East and Asia

Despite cultural discouragement and restrictive laws, believers are working to empower locals and introduce them to a God who cares in this small central Asian country.

Kyrgyzstan is a country of astonishing history and breathtaking landscapes.

Like many nations abruptly freed from the steely oversight of Soviet Russia, Kyrgyzstan has been fighting to establish a new government and balance their country’s economic and cultural shifts. With their proximity to the Middle East, many Kyrgyz people have begun to observe Muslim religious traditions, and Islam has started growing into a notable political and social influence.

In a country shaken by its own issues but so often overlooked amid larger world dramas, World Challenge partners are hard at work to offer Kyrgyz people a genuine hope and eternal security.

Projects at the Community’s Heart

Open Doors reported that legislation has made being a Christian minority in an increasingly Muslim country even more difficult. “A minimum of 200 people is required to register a church. Consequently, many groups function without registration, risking police checks and fines.

“In general, no open evangelism is allowed. Kyrgyz Christians from a Muslim background often face much oppression from relatives, neighbors and Islamic clergy. In remote regions, believers find it difficult to get a job because of their faith.”

It is in many of these isolated villages that World Challenge partners have begun their work, building good relationships with locals and learning what difficulties face them each day. “Everyone here is a farmer,” one local explained to our partners. “If you have more knowledge, you can have a bigger harvest, and the whole village is better for it. City people think the air stinks here, but the smell of animals is the smell of money.”

Despite this touch of levity, life in these distant outposts is not for the faint of heart. Winter is a brutal season as storms roll off the peaks and sweep through the valleys.

Our partners have been working with local leaders in one particular village to fix the town’s water pipes so they won’t freeze in the winter. Everyone has had to go without water at some point during the coldest months because piping is blocked with ice.

Another of their projects has been working with another international organization to help provide students with nutritious meals, cooked from fresh food, at school. Parents contribute funds each month, and the community has proudly banded around their ability to now provide for over 300 children.

Local champions and hope experts are continuing to take lessons on how to increase public health and prevent diseases in the village.

Standing Out and Opening Up

Increasingly, locals are noticing that not nearly as many people in their town are becoming ill or dying compared to nearby settlements where friends or other family members may live.

More are approaching our partners to learn lessons about health, education and economics along with the creative maker who has made their lives to honor him.

While Kyrgyz culture is traditionally patriarchal, many women in the village have become involved in the lessons since the importance of this information has impressed itself on the male members of their families. The village has become increasingly united as everyone has begun to take ownership of the new knowledge they are acquiring, and many are starting to spread the news to their neighbors.

World Challenge’s coordinator for the region noted with hope, “Spiritually, the people are still Muslim. However, a local team member freely spoke about the gospel with one group. This in itself is a miracle.

“You can sense that God is softening the hearts of the villagers because they love the Christian community development team that is working for their benefit. Even after finding out that we are Christians, they are still letting us come into their homes and lead their village committees.”

However, there is still an incredible need for prayer. “Many are believers in secret and cannot speak out to others about their faith. Pray that a revival would sweep across this nation so that the people would be able to openly proclaim their faith.”