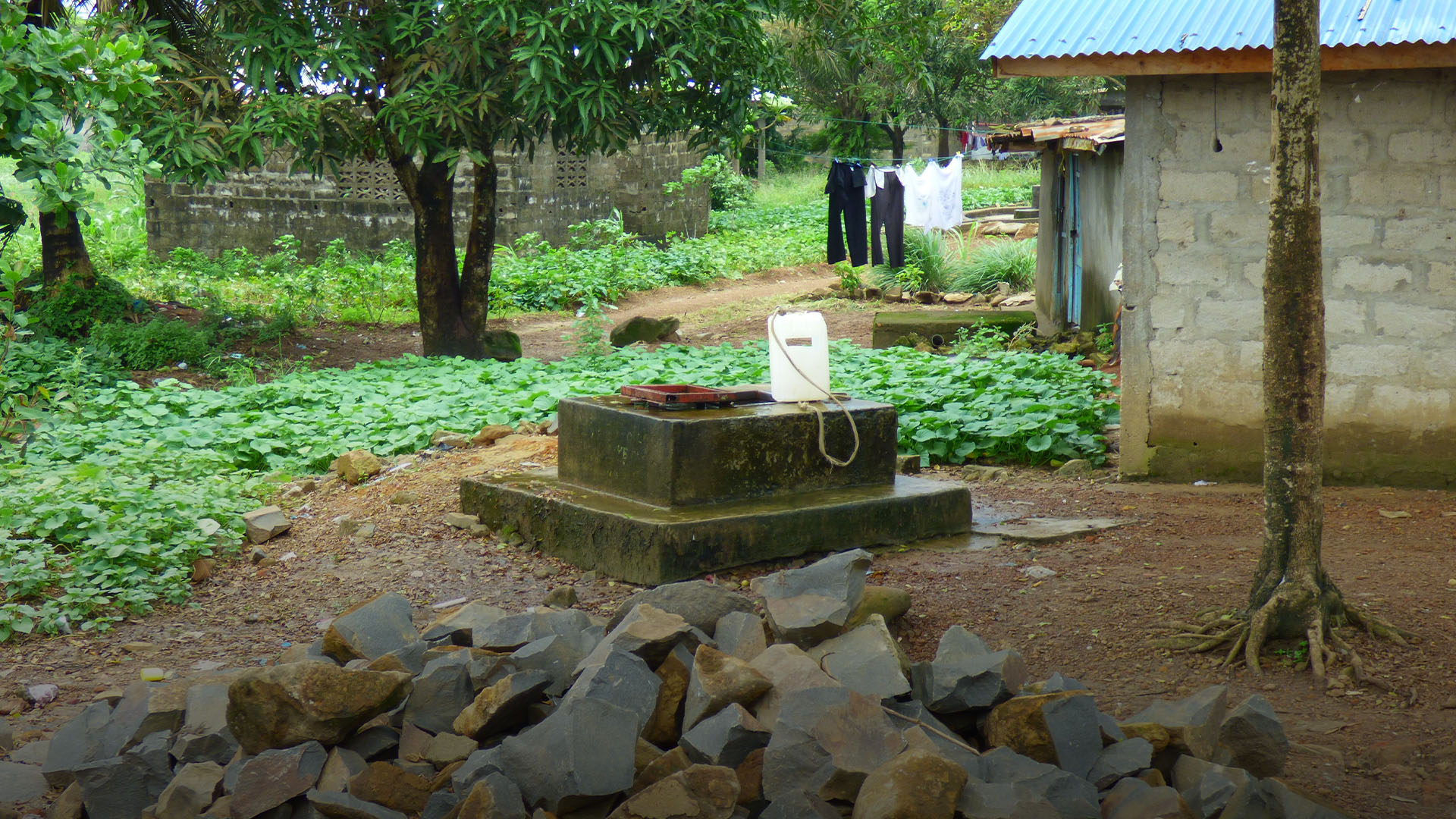 Food for Your Community

The people of Liberia have survived several waves of epidemic diseases and civil war, and now their people are rising up to help a community finally recover.

The pay for Josephus’s job was miserly, so low that it could not cover basic monthly expenses. Frustrated, he considered what else he could do. Then he remembered the words of one of his university instructors: “You already had a job as an agriculture student before coming to university… Your job is to provide jobs for yourself and others.  Go and start a farm, employ others and provide for your community.”

Looking at the folks around him who were also barely scratching together a living, Josephus decided to do just that, not only for himself but also for other people.

Liberia is a country of marvelous but mostly untouched resources, an issue that largely stems from two sources: a devastating civil war and then a prolonged disease crisis.

“One of the hardest-hit countries by Ebola, Liberia was recovering from a health crisis that took thousands of lives and devastated the economy when the COVID-19 pandemic started,” The World Bank reported. “Despite its abundant natural wealth and favorable geographic location, Liberia is among the world’s poorest countries….

“The country is rich in natural resources which include iron ore, diamonds, gold, fertile soil, fishery and forestry. However, the economic potential of these assets remains largely untapped.”

Because of his past experiences working in agriculture, Josephus knew of the enormous possibilities that farms offered communities as they took advantage of the rich land and benevolent weather, but he was also all too aware of the risks that come hand-in-hand with that kind of large venture. After enduring two more years of hardship, he’d made up his mind. He quit his job and withdrew the 600 dollars he’d saved out of the money given to him by his parents to cover university tuition. He would use it to start his own farm.

This money wasn’t enough to purchase any land, but Josephus refused to be deterred. He went to a local landowner and asked if he could use just one acre of their property. With that, he developed palm and cocoa nurseries.

Josephus was also contacted by World Challenge’s partner in Liberia that operates a co-op called the Christian Farmers Corporative. With these resources and help, he was able to build his assets and eventually acquire over 50 acres of farmland. Today, he operates a farm with twelve acres of oil palms and over 100 pigs and 70 goats in addition to raising snails and bees. The whole operation provides employment for five people currently, and collaboration with World Challenge’s partner is opening opportunities for agriculture outreach in his community.

Building Up the Town

World Challenge’s partners in Liberia are excited about how the farming co-op is already helping young adults like Josephus build lives for themselves and their future families, but they are also looking at how they can help those who are already community leaders.

In pre-war Liberia, Pastor Wehyee worked as an agriculturalist and envisioned using agriculture to achieve sustainability for his people. Not too long into his career, he felt the call of God directing him to become a pastor, so he left agricultural work to found a church. Soon after the Liberian Civil War, however, he became determined to revisit the role of agriculture in addressing Liberia’s food security needs, approaching the harsh reality of his community’s shortages both spiritually and physically.

A bad dirt road, the lack of local marketplaces, and few vegetable seeds initially put up serious roadblocks to starting a farm. Unable to take that route at the moment, he turned to another.

Together, Wehyee and his wife opened a school to help children impacted by the war. They found, though, that the school was consuming nearly all of their resources. It was not self-sustaining, which posed a serious issue for it continuing into the future. Around this time, Wehyee was introduced to World Challenge’s partners and the co-op. They encouraged Pastor Wehyee, helped him with acquiring new vegetable seeds and connected him with markets to sell his produce. He and his wife are now growing tomatoes—a vegetable considered by more superstitious Liberians to be taboo—and they are reaping great crops.

The sales are not only helping Wehyee and his wife make their school more sustainable, but they are also introducing new vegetables and better nutrition into the community. Their success is encouraging others to try farming and supporting the town through agricultural work.

Believers’ work in rebuilding their country continues through God’s blessings in the rich land he’s given them.