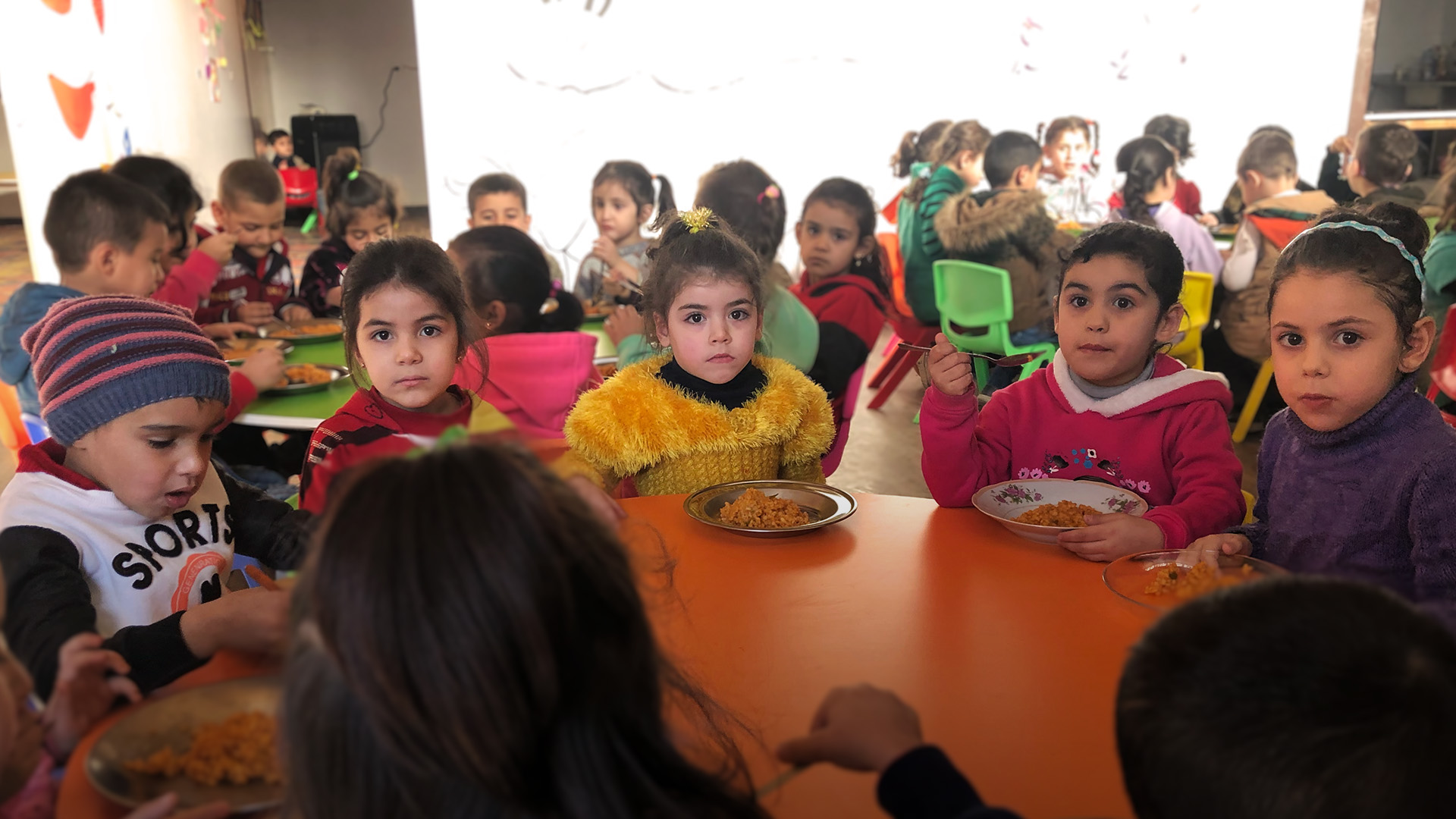 The Children of Spring

World Challenge’s partners are working to help the children of Middle Eastern refugees with educational aid and food.

The Arab Spring in the early 2010s may seem like a distant memory for those outside of the Middle East, but for many Syrians, it still looms large over everyday life.

“’Nearly five million children were born inside Syria over the past 10 years, with an additional one million children being born outside as refugees in Syria’s neighboring country, and these are millions of children who know nothing but death and displacement and destruction,’ said the senior UNICEF official.

“The number of children reported to be displaying symptoms of psycho-social distress, doubled in 2020, as they continued to be exposed to violence, shock and trauma.”

UNICEF’s Representative in Syria, Bo Viktor Nylund, added, “We are seeing some 3.5 million children out of school, including 40 per cent of those are girls, and we cannot overstate what this means for these children now, what it means to their communities but also for the country as a whole in the years to come.”

In the Grip of Grief

Raghad is an internally displaced child whose family was forced to flee their town and move to another part of the country.

Like thousands of others who were taken political prisoner or were simply lost in bombing raids, her father went missing in the war. Raghad’s older brother dropped out of school to start working and be the family’s provider, a heavy burden for a 13-year-old.

School seemed like it might not even be an option for Raghad until they were introduced to World Challenge’s partners. This team operates a school to help refugee children continue their education and to offer lunch for students whose parents may be hard pressed to afford food.

When Raghad first arrived, she was silent more often than not, unwilling to join the other children in class activities or even games. Her teacher and other team members sat with her and asked questions; Raghad started sharing about her father and then began to cry. Even though her father is technically classified as ‘missing,’ she has no hope that he is still alive or will ever be able to return.

Walking through grief as only a young child can, Raghad struggled to engage in classwork and with her classmates.

A Hope in the Present

A moment of breakthrough came in the middle of the simplest of school activities: drawing with colored pencils. Raghad meticulously drew her father in a garden full of hearts and then wrote, “I love you, Dad.”

Bit by bit, the winter of her grief began to recede, and she began to open up with her classmates, growing more confident in her teachers’ care for her. She began to talk more and even started sharing about her father and how much she missed him without becoming overwhelmed. As her academic skills improved, her teachers found her helping friends in class who were falling behind in activities or having difficulty understanding the lessons.

Raghad is now at the top of her class, and her teachers and mother could not be prouder of her.

The team works with and serves 350 children like Raghad through this school and community center, and they are steadfastly seeking to be a light amid so much pain and loss. Please join us in praying for their ongoing mission to help so many children find peace and hope once more in Christ through something as simple as a warm meal and schoolwork.