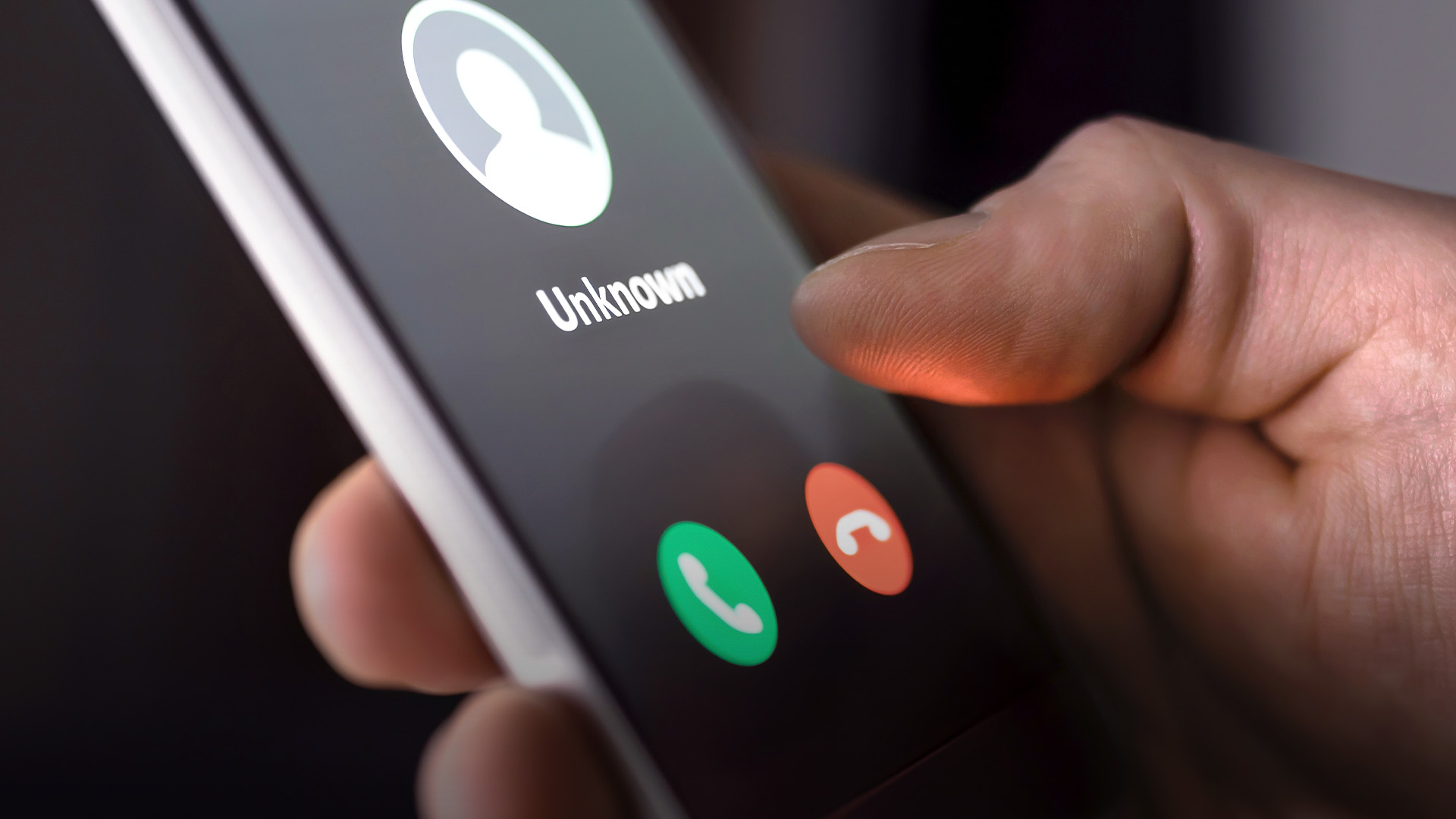 Who Is this Person Again?

Christ never forced people to follow him, and he let a lot of people walk away, so are we one of the noncommittal fans or are we an actual disciple of God?

In the grand Mark Hellinger Theatre in Manhattan, David Wilkerson had just finished preaching a sermon. He headed backstage, and there was a woman and her daughter, smiling at him. He shook hands with them, perhaps expecting a comment on his sermon or a prayer request.

Instead, they continued to smile at him. The moment stretched into distinct awkwardness until the woman said, “You don’t recognize us?”

“We met you 15 years ago in Los Angeles at a crusade! You prayed for us. We’re on your mailing list, and we love your messages. We pray for you every day. Don’t you recognize us?”

The woman was visibly disappointed with his answer, and as he recalled the moment, David chuckled lightly. His experience, though, has become increasingly common in our modern world as social media and the internet at large allow people to ‘know’ one another without every meeting or talking to each another.

More and more, individuals are developing what psychologists call ‘parasocial relationships’ with people they’ve never met. They closely follow a celebrity on social media or watch films and interviews of this person; they become invested in this person’s thoughts and feelings, but this celebrity has probably never met them. If they have, it’s been a fleeting encounter from the sidelines of the red carpet or a gala event.

The relationship is entirely one-sided, not based on any mutual engagement between the two people involved. If these two people do meet, the follower is often disappointed by their celebrity crush’s lack of interest or attachment to them. To the celebrity, this person is simply one more stranger.

Not Knowing the All-Knowing One

One key attribute of God is that he is omniscient, that is to say ‘all-knowing.’ One would assume that it logically follows God knows every person on earth equally well. Why wouldn’t he, after all? However, Jesus describes a situation in heaven that sounds oddly like a celebrity being approached by a stranger who claims to know him.

“He [Jesus] went on his way through towns and villages, teaching and journeying toward Jerusalem. And someone said to him, ‘Lord, will those who are saved be few?’ And he said to them, ‘Strive to enter through the narrow door. For many, I tell you, will seek to enter and will not be able. When once the master of the house has risen and shut the door, and you begin to stand outside and to knock at the door, saying, “Lord, open to us,” then he will answer you, “I do not know where you come from.” Then you will begin to say, “We ate and drank in your presence, and you taught in our streets.” But he will say, “I tell you, I do not know where you come from. Depart from me, all you workers of evil!”’” (Luke 13:22-27, ESV).

Someone says to God, “Oh, I think you made a mistake. You locked me out of your house, but we’ve hung out together before”, and God responds, “I don’t know what household you come from, but it’s certainly not mine.”

David Wilkerson mused on this subject more than once and told his congregation, “Believe it or not, there are many people engrossed in doing wonderful things who are not going to make heaven. Worse yet, there are many who consider themselves Christians who are convinced they’re on the way to heaven and are not going to go to heaven, even though they're not involved in a lot of bad things.

“I'm referring to those who probably have never or do not use drugs or alcohol. They are not indulging in pornography, gambling or perversion. They're not numbered among the wicked or the vile. In fact, you'll probably find most of these people I referred to in church on Sunday morning anywhere in the country. You'll find them as family people, family values. And you'll see them with friends. You'll see them enjoying the good things of life….

“Some are going to be shut out not because of the bad things they've done, but because they've become so preoccupied with doing good, legitimate things. They have pushed the things of God aside.”

At the end of time, they roll up to God’s house, knock on his front door and God answers then gives them an up and down glance before saying, “Who are you again? Okay. Well, I haven’t seen you around much — let’s be honest, ever — so you seem to belong somewhere else.”

The Bible says that God gives his children good gifts and that he plans out good works in advance for us to do (see Matthew 7:7-11 and Ephesians 2:10). If this is the case, why would God ever get upset with us for enjoying those good things or doing those good works?

David Wilkerson noted, “The Word says, ‘Seek ye first the Kingdom of God, and his righteousness, and all these things shall be added unto you.’ Now these are the words of Jesus, and they're not a suggestion. They’re a commandment….

“God has never demanded that anyone who follows him sell their houses, their land, their business and become a monk and go meditate and study the Bible all day. God…said that to one man, and he said that to one man because that was his idol. He does not say it to everybody.

“He’s not telling you to forsake your families. We have many people, married people, come and say, ‘God told me to leave my wife, my husband, my children to go into the ministry’, and I look them right in the eye and say, ‘God didn't tell you that. Your own mind told you that or the devil.’ God is not in the business of breaking up marriages. No, God's not asking you to go out and do something like that at all, but God does insist — in fact, he demands — on being the center of your life around which everything else revolves.”

After a moment of reflection, David stated, “The greatest indignity against the Lord is for Christians to put him in a secondary place, a slap in God's face. You say you're not guilty of that kind of an affront to the Lord. Then how do you prioritize your time? What takes the priority?”

Making God a priority is a serious issue in scripture, one that Jesus spoke about with a severe example. “If anyone comes to me and does not hate his own father and mother and wife and children and brothers and sisters, yes, and even his own life, he cannot be my disciple. Whoever does not bear his own cross and come after me cannot be my disciple…. So therefore, any one of you who does not renounce all that he has cannot be my disciple” (Luke 14:26-27,33).

God isn’t joking around or taking this subject lightly. He must be more important to us than all the good gifts and noble duties we have; he must eclipse our parents, spouse, children, jobs, dreams, desires and everything in between.

Making This Relationship a Priority

How do we develop more than just a parasocial relationship with God? How does he become more than someone we’ve read a lot about, know tons of facts on and talk about almost every day? How do we actually get to know him?

David Wilkerson said, “When you're sitting on the subway going to work, do you shut yourself in, and are you knowing him, are you talking to him? When the house of God is open, are you here as often as you can, other than being too sick to come?... Where is he in your life? I'm telling you now, if he's not the apple of your eye, if you're not focused on him — that includes his church, his Word, prayer, his interests — you can't be his disciple.”

The Bible compares God’s relationship to us as a marriage for good reasons. If you never actually met your spouse or you went through the wedding only to immediately move to a different town as soon as the party was over, how legitimate is this marriage? If you don’t prioritize your spouse and take them into consideration with every decision you make from planning holidays to buying groceries, how will the marriage remain healthy?

Like any intimate and deeply valuable relationship, it’s worth asking yourself these questions every day:

1.    Did I talk to God today? How in-depth and valuable was that conversation, or was it fairly superficial (or self-centered)?

2.    Did I listen to God today? Did I ask questions intended to deepen our relationship?

3.    Did I purposefully study God’s nature or past in some way in order to understand him better?

4.    Am I making decisions today that take him into account in terms of what he would be pleased or upset by?

No one goes from a casual dog-walker to a marathon runner overnight, and so answering these questions and taking the steps to having a deeper relationship with God will take time. That’s okay, as long as we’re headed in the right direction, learning how to focus on God more and include him in every corner of our lives. This is how we move from just an avid fan to an intimate spouse.