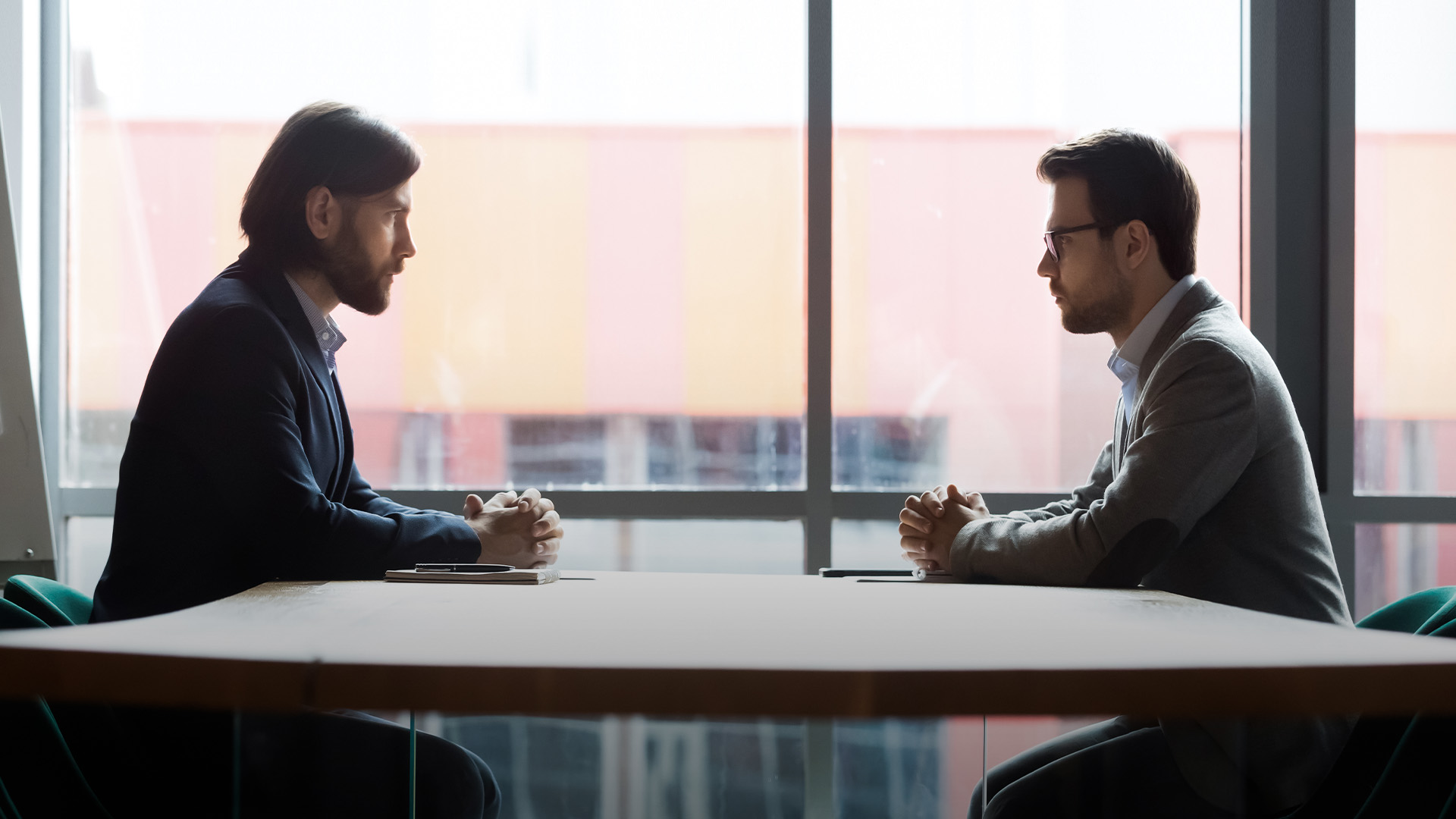 What Is ‘Christian’ Confrontation?

Clearly, the church needs accountability and restoration for people struggling with imbedded sin, but just as clearly, some approaches do more harm than good.

Mars Hill Church in Seattle became notorious in 2014 when its senior pastor was forced to step down from leadership. One of the more infamous aspects of church life there was the often abusive atmosphere in their ‘redemption groups.’

Bent Meyer, an ex-pastor of Mars Hill, wrote about what the redemption groups — originally called Grace Groups — were during his tenure at Mars Hill and how they took a turn for the worse after he left in the church’s latter years.

“Joanne (my wife) and I started Grace Groups at Mars Hill Church in 2003. The groups were designed to address a specific population of people in the church who had experienced childhood sexual abuse. We had done this because sexual abuse had invaded our family. We discovered when my son was 15 years old that he also had been sexually abused by a family friend in a local church we had attended years before. We had assumed, like so many, the church was a safe place. Not so!

“The issue of sexual abuse was very real to us, and we wanted to address it.” Joanne and Bent started the grace groups to help church people who were wrestling with past abuse and present sin that often stemmed from their personal histories.

The Grace Groups were designed to help survivors of sexually complicated pasts see how they had adapted in unhealthy ways, the harm they might be doing to others with their relational styles and how to walk alongside other Christians into a place of accountability, healing and recovery.

After Bent and Joanne left the church, their Grace Groups were rebranded as Redemption Groups, and the atmosphere changed drastically. The groups shifted into behavior management, calling out sin before the group and publicly shaming those who were struggling. Some attendees called them the ‘weekly bludgeoning.’ Many members eventually left the church altogether, feeling battered and ashamed.

Is It Paul Versus Christ?

The justification for churches dealing mercilessly with sin often comes from Paul’s letter to the Corinthians, “It is actually reported that there is sexual immorality among you, and of a kind that is not tolerated even among pagans, for a man has his father's wife. And you are arrogant! Ought you not rather to mourn? Let him who has done this be removed from among you” (1 Corinthians 5:1-2, ESV).

This verbiage already sounds harsh to most Western church members’ ears. Especially if we have come out of Christian community that had a sharply punitive mentality toward those who were struggling with sin.

Paul doubles down, though, and uses even stronger language a few verses later. “I wrote to you in my letter not to associate with sexually immoral people — not at all meaning the sexually immoral of this world, or the greedy and swindlers, or idolaters, since then you would need to go out of the world. But now I am writing to you not to associate with anyone who bears the name of brother if he is guilty of sexual immorality or greed, or is an idolater, reviler, drunkard, or swindler—not even to eat with such a one. For what have I to do with judging outsiders? Is it not those inside the church whom you are to judge? God judges those outside. ‘Purge the evil person from among you.’” (1 Corinthians 5:9-13).

How does this work with passages like the one where Jesus says in the Sermon on the Mount not to judge others lest we be judged ourselves?

In this case, it’s worth turning to the amplified version of the Bible to offer us some clarity. “For just as you judge and criticize and condemn others, you will be judged and criticized and condemned, and in accordance with the measure you [use to] deal out to others, it will be dealt out again to you” (Matthew 7:2, AMPC).

Christ cautioned his followers against condemning other people, and he was incredibly compassionate to the people he met who were preyed upon by others or abused. He stated, “Whoever humbles himself like this child is the greatest in the kingdom of heaven. Whoever receives one such child in my name receives me, but whoever causes one of these little ones who believe in me to sin, it would be better for him to have a great millstone fastened around his neck and to be drowned in the depth of the sea” (Matthew 18:4-6, ESV).

That’s pretty strong language too. So how do we balance the instructions we’re given in the gospels and in the letters to the early church?

Reflecting on this same passage with Paul commanding that someone be cast out of the church, Gary Wilkerson said, “It seems rather odd, but you have to look at the culture and understand that in the Hebrew culture there was this thing about asking somebody to be dis-fellowshipped.

“Now in the Hebrew culture, when they did that, it was for a 30-day period. One of the Hebrew words that they used for this season when they were removed from fellowship was selah. Have you ever heard of that word before? It’s used often in the Psalms. Selah. It means pause. Think about it. Consider.

“So instead of being a harsh condemnation — ‘We hate you, and you’re dragging us down, so get lost!’ — it is a redemptive move in church government to cry out to people who have become blinded by the god of this age so that the Holy Spirit would grip their heart once again. They’d pause and take 30 days until they were able to come back to the church and say, ‘God moved on my heart. Satan had begun to beat me, but then my heart was awakened again to the things of God.’”

Paul’s instructions were intended to be a last resort, hopefully to restore a believer after following Christ’s instructions in Matthew for dealing with sin in the church.

“If your brother sins against you, go and tell him his fault, between you and him alone. If he listens to you, you have gained your brother. But if he does not listen, take one or two others along with you, that every charge may be established by the evidence of two or three witnesses. If he refuses to listen to them, tell it to the church. And if he refuses to listen even to the church, let him be to you as a Gentile and a tax collector” (Matthew 18:15-17, ESV).

If a person failed to respond to multiple stages of loving, private correction, only then were they publicly called to account. If that failed, they were to be temporarily put out of the church to protect others and also impress on them the severity of their case. If even this failed to bring an individual to repentance, then here, at the most extreme end, Paul told the leaders, “God judges those outside. ‘Purge the evil person from among you.’” (1 Corinthians 5:13).

As Gary pointed out, “I believe there’s love in what Paul is doing. The idea is not to turn the man over to Satan so that he can go, “Ah-ha! You got what you deserved.’ No. He was turning him over to Satan ‘...so that his spirit may be saved in the day of the Lord’ (1 Corinthians 5:5). Paul was looking for salvation. Paul was looking for his redemption and freedom from sin.”

Sin that has been inflicted on people and hurt them in a way that shaped their actions toward others should be handled with incredible compassion. Sin that is ongoing and wounding others should be addressed quickly, firmly but always with an eye to bring restoration to the situation.

The Balance of True Community

No matter which side of this issue we find ourselves on, the person considering whether to say something about a sin we’ve seen or whether we’re the person struggling with a deep-seeded sin, the solution requires balancing two key points.

“Accountability without confession is insufficient,” Gary explained, “so there has to be a willingness in our heart to offer confession. Even at times when we give altar calls at the church, regardless of who’s looking at you or what others think of you, you are so hungry for a holy, fervent walk with God that you’ll…run to the altar and confess that you want to be free.”

Conversely, confession without any kind of follow up and loving accountability only brings shame and no framework for how to move forward.

On one side is the urgency that James called for in those who are considering calling out a sin: “My brothers, if anyone among you wanders from the truth and someone brings him back, let him know that whoever brings back a sinner from his wandering will save his soul from death and will cover a multitude of sins” (James 5:19-20).

On the other side, in the same chapter of James, is both the command and promise to those struggling with imbedded sin: “And the prayer of faith will save the one who is sick, and the Lord will raise him up. And if he has committed sins, he will be forgiven. Therefore, confess your sins to one another and pray for one another, that you may be healed. The prayer of a righteous person has great power as it is working” (James 5:15-16).

Both sets of love and boundaries, compassion and discipline, confession and confrontation go hand-in-hand. They must work together to work well.