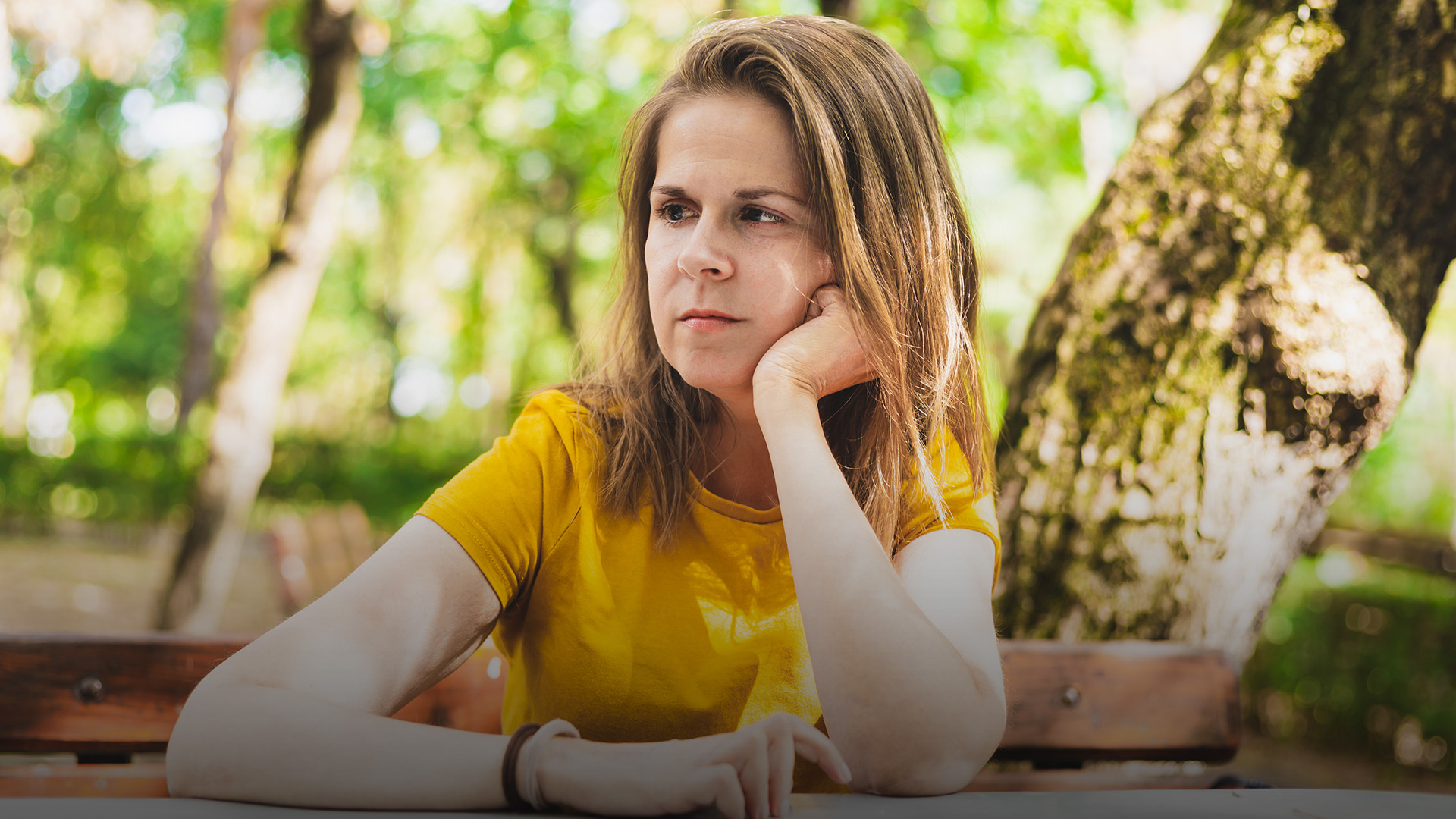 The Virtue of Patience in Pain

God often permits pain to enter into his children’s lives, and he promises to gloriously transform these moments to joy, but the space of waiting between those two moments can be agonizing.

Stanford University may not have the long history of Oxford or Cambridge, but it’s prestigious and both its professors and students tend to be well-heeled. On campus, they have the grand Memorial Church, which has been called the University’s “architectural crown jewel.”

MemChu, as it is often called, was built as a homage to churches in Venice. It has no less than five pipe organs, and its ornate chancel is the place of many weddings. The many mosaics and stained glass windows form an impressive compendium of biblical illustrations; some use faceted pieces of glass that glitter in the light like gems inset in the walls and windows. Stanford historian Richard Joncas called the church "an opulent example of high Victorian architecture with sumptuous materials and arts."

Beneath all the exquisite ornamentation and celebration of scripture’s greatest stories, however, is a sober reminder of Christianity’s long, harsh history. At the head of the church stands the pulpit, and beneath that is a large block of stone with these words etched upon it:

It is by suffering that God has most nearly

Approached to man; it is by suffering that man

Draws most nearly to God.

To anyone who has not suffered, these can seem like peculiar words, ones very much at odds with the spirit of buoyant optimism or vigorous activism that frequently fills our lives. Neither optimism or activism are bad things, by any means. They’re most often the work of hope; but we must not overlook the deep anguish and difficulties that seem to have no reasonable cause for so many people who faithfully love and follow Christ.

The Reward of the Righteous?

The Bible is not shy about discussing rewards, which is a topic of much discussion among believers. One such verse that strikes up debate is in Hebrews.

“Therefore do not throw away your confidence, which has a great reward. For you have need of endurance, so that when you have done the will of God you may receive what is promised. For, ‘Yet a little while, and the coming one will come and will not delay; but my righteous one shall live by faith, and if he shrinks back, my soul has no pleasure in him.’ But we are not of those who shrink back and are destroyed, but of those who have faith and preserve their souls” (Hebrews 10:35-39, ESV).

In his sermon “Impatient,” David Wilkerson explained about the believers who were receiving this letter, “…The Bible says these people were full assurance of faith. They were steadfast in the Lord. They were believing that God was faithful for everything that he promised. Right from the start, these wonderful people that are being referred to in Hebrews came under great persecution. They were objects of ridicule. Everything was confiscated. And you look at this and you say what's going on with these Christians?...

“They're losing everything everywhere they turn. There's trouble; there's affliction. There's difficulty, yet it doesn't seem to jive with the spiritual condition of their heart because they were faithful to the Lord. They were obedient to the Lord.”

This runs counter to so many versions of the ‘gospel’ that we have where our hard work and efforts toward morality will be rewarded. Verses are taken out of context to support this view, such as “My God will supply every need of yours according to his riches in glory in Christ Jesus” (Philippians 4:19). While the church of Philippi was a fairly wealthy and well-established one, Paul was in prison and awaiting the trial that would ultimately lead him to his death.

If the wealth Paul was talking about here were material goods or security, why wasn’t God giving him these same blessings? Why wasn’t he writing this promise to the Macedonian church that was much poorer? Why had he spent so much time reprimanding the Galatians for turning to a false gospel of ‘work’?

Weighed Down by Anguish

Perhaps we don’t actually believe or espouse the idea we can earn actual monetary rewards from God, but many of us do think somewhere deep down that good works should earn us ministry success or emotional buoyancy.

On this topic, David Wilkerson discussed his own struggles with this pervasive mentality, “Last week I was walking the street here coming toward Broadway — I live a block from here as you know — and the city the noise got to me. The sirens were louder than ever, I thought. People all around me were cursing. I walked past three people sleeping on the street. They were half naked, drunk; and we've tried to work with those people for two years; done everything. They look up and said, ‘Hi, pastor!’

“And everything just got to me…. I went back to the apartment, and I sat down, and I said, ‘Lord, I can't pray because I don't feel like it. So I'm not going to pray.’

“I wasn't saying belligerently. I said, ‘I have to have you come right now. Just lift my spirit. You have to come and do it. I don't have any strength. I can't go on unless you come supernaturally by your Holy Spirit and touch me.’

“Now you might say, ‘This doesn't make scriptural sense that somebody who’s called by God, sent here on a mission, would be allowed to get weary and tired and downcast.’ Now folks, I don't go through a lot of that, but I was depressed, and I don't know why…. I didn't feel like praying. I didn't feel like reading my Bible, and yet I knew that's where faith comes from.

“But I said, ‘Lord, you're just going to have to come,’ and the Holy Spirit just came down and said, ‘Don't worry about anything; you just ride it out. Endure hardness as a soldier. Endure it. Don't run from it.’… But see, there's a tendency when you get to that hard place when things around you are being stripped, like here in Hebrews — there's a tendency to say, ‘What's wrong with me?’”

Certainly, depression or anxiety or spiritual dryness can be indicators of more serious issues in our hearts, but sometimes they have much more prosaic origins. Someone could be harboring unforgiveness, or they might be wrestling with seasonal affective disorder. If we are a faithful believer, though, we may struggle with wondering why God is allowing us to experience failure or anxiety.

What should we do in a situation where we’re feeling harassed but it seems unlikely that our problem is the result of our own sin? David Wilkerson pointed his listeners back to the verse in Hebrews, which was written to a holy, faithful, struggling church.

“For you have need of endurance, so that when you have done the will of God you may receive what is promised” (Hebrews 10:36).

He wryly observed, “If somebody came to me after I'd lost my house, lost my furniture, lost everything I had — and I was living in overcoming life; I love Jesus with all my heart — somebody comes along, and said, ‘You have need of patience, Brother Dave.’ I would say, ‘Hey, wait a minute! I've just lost everything. Man, I've gone through battle. I know I'm walking in holiness before God. I have need of what?’

“Patience with God. Yes, that's what the apostle saying here. For you have needed patience, that after you've done the will of God, you might receive the promise. What a thing to say to these people! ‘You lack patience. Just sit still and wait because you got a promise that's coming.’”

Being told to be patient in our hard times is a tough pill to swallow, but David points out that God does not ignore his children’s cries. Neither does the Lord forget his own plans. He moves right on time. Our problem is that his rescue and redemption comes on his own schedule, not ours. Like Mary and Martha as they watched their brother Lazarus die, we become caught up in how our situation is quickly becoming ‘impossible’ by our standards.

“At times, we get absolutely impatient with the Lord, even though we are afraid to mouth it,” David said. “I've always said the hardest part of faith is the last half hour.”

God drew near to humanity in the pain of sacrifice and the grave, and he invites us closer to himself through our own suffering and then ultimately into the closest relationship with him after death. This knowledge can help us wait patiently through our dark nights until our Lord brings the dawn.