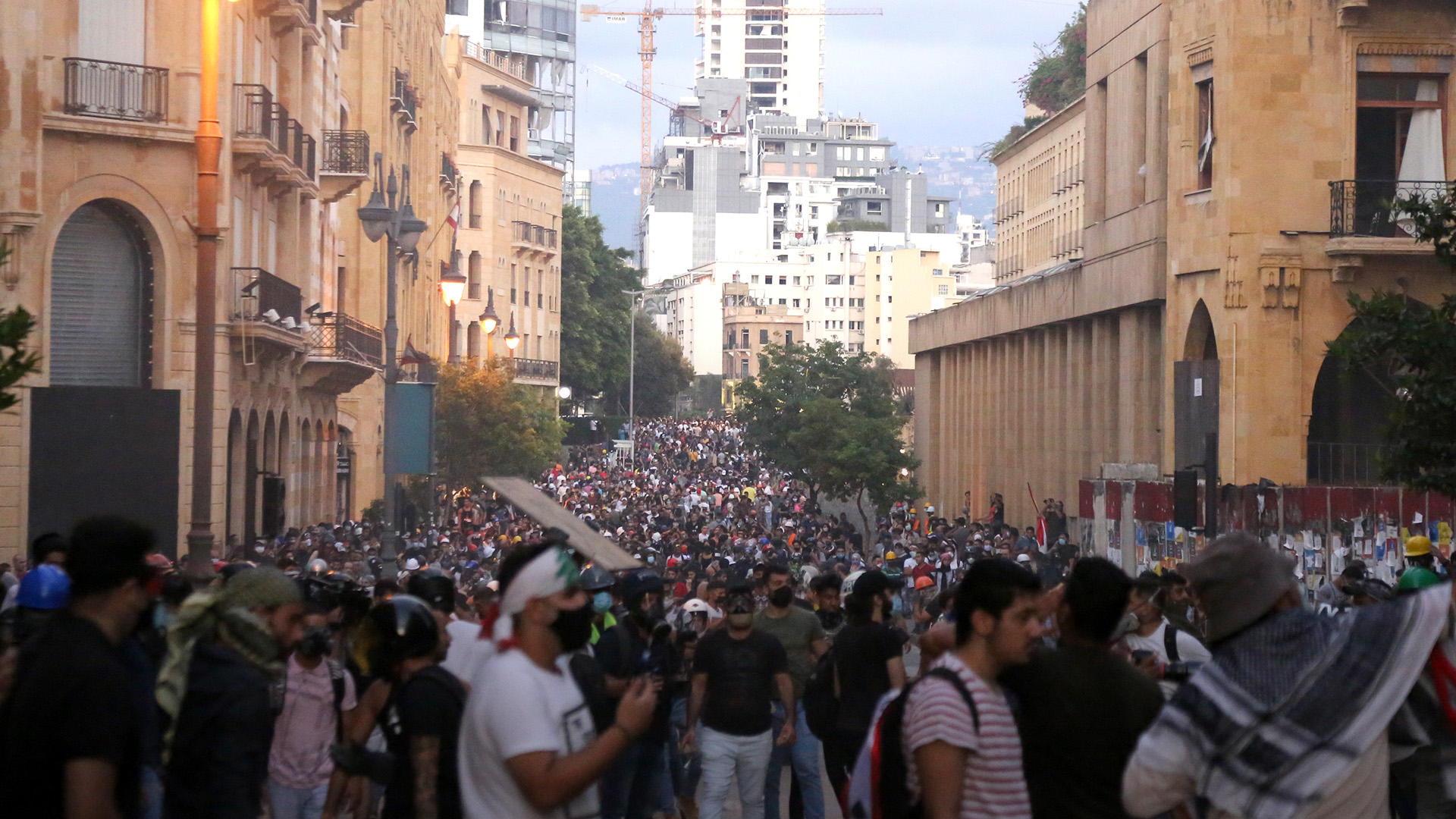 Those Living in the Collapse

God is working through World Challenge’s partners in Lebanon to help those who are struggling with the fallout of catastrophic economic failure.

You drive to the gas station, but it’s closed. You find another one nearby, but the man in front of you tells you that he’s already been waiting for two hours. You go to the grocery store, hoping against hope to find food for your family’s dinner. The prices of even the simplest products swim before your eyes. One meal will cost you more than you’ll make in a month at your job.

You technically have more in savings, but none of the banks will let you withdraw that money. Everyone knows that while the number remains in your account, there’s nothing there. All of the banks have operated as a glorified Ponzi scheme for years, and it’s finally caught up with them, but only the middle and lower class will pay.

On the way home, your child calls you to tell you that the power has been out for the entire afternoon and the apartment is bitterly cold. The conversation is terse. Rolling blackouts have become an almost daily phenomenon. Besides, the government is taxing your WhatsApp call even as you speak.

This has become everyday life for many Lebanese.

According to the World Bank, Lebanon’s financial crisis is one of the worst in centuries. To make matters worse, the nightmarish socio-economic situation has “sadly no clear turning point on the horizon, given the disastrous deliberate policy inaction.” Many locals are completely at the mercy of relatives who live outside of Lebanon and can wire them money. Those who are less fortunate have taken to digging through trash cans and dumpsters, looking for food or anything that can be bartered.

The needs are overwhelming, but World Challenge’s partners in-country are doing everything they can to help. They offer daily food distributions, and this meal is often the only one that many parents and children will have that day. In the capital, they run a restaurant where they can give workers at least a part-time job and pay, a boon in a country where unemployment is at nearly 40 percent.

Like many people who are part of the food program that World Challenge’s partners run, Lara is torn between love and a desperate struggle to survive.

Lara’s mother eloped with an Egyptian man who worked at the local embassy. When the high commissioner heard about this cross-cultural marriage, he sent Lara’s father back to Egypt without his new wife. While the separation was difficult, Lara’s father believed that his child would have better opportunities in Lebanon than in Egypt, especially as a girl. He faithfully sent financial support to the family.

When Lara was nine years old, however, her mother was diagnosed with an aggressive form of cancer and died shortly afterward. Her grandparents stepped in to raise her throughout her teens, but then her father died. Every challenge rose like a wave in Lara’s life; she was managing to keep her head above water, but the waves just seemed to grow higher and higher.

Prayers and the Promise

Not long before Lebanon’s financial crisis, Lara’s grandmother went to have a cataract surgery. It was a routine operation, but the doctor made a mistake and destroyed her cornea. As the economic collapse hit, Lara’s grandparents worked as hard as possible to not burden Lara as she fought through her final year at the university.

Her grandfather had worked as a plumber, but people could hardly afford food, much less someone to come fix their kitchen sink. Her grandmother was out walking one day and, now blind in one eye, didn’t see the bus rounding the corner.

Lara received that dreadful phone call that her grandmother was at the public hospital with internal hemorrhaging and a knee injury. She had to explain that they had no money to afford surgery and no way to take out loans. The best she could do was find medications to alleviate her grandmother’s pain.

Many of Lara’s peers regularly talk about leaving Lebanon. Many more have already moved away. Almost 70 percent of Lebanon’s emigrants in the last few years have been between 25 and 35 years old. The idea of abandoning her grandparents is heartbreaking, however, for Lara. Who would care for them if she were gone? On the other hand, if she were able to get a job abroad, she might be able to send them money to afford the surgeries her grandmother needs. A well-paying job in another country is hardly guaranteed, though; and the spun sugar of dreams isn’t going to put food on their plates tonight.

For now, she stays. With the help of World Challenge’s partners, Lara and her grandparents will make it through another day. The future, though, might seem hopeless if it weren’t for many prayers and the promise that God sees their plight.