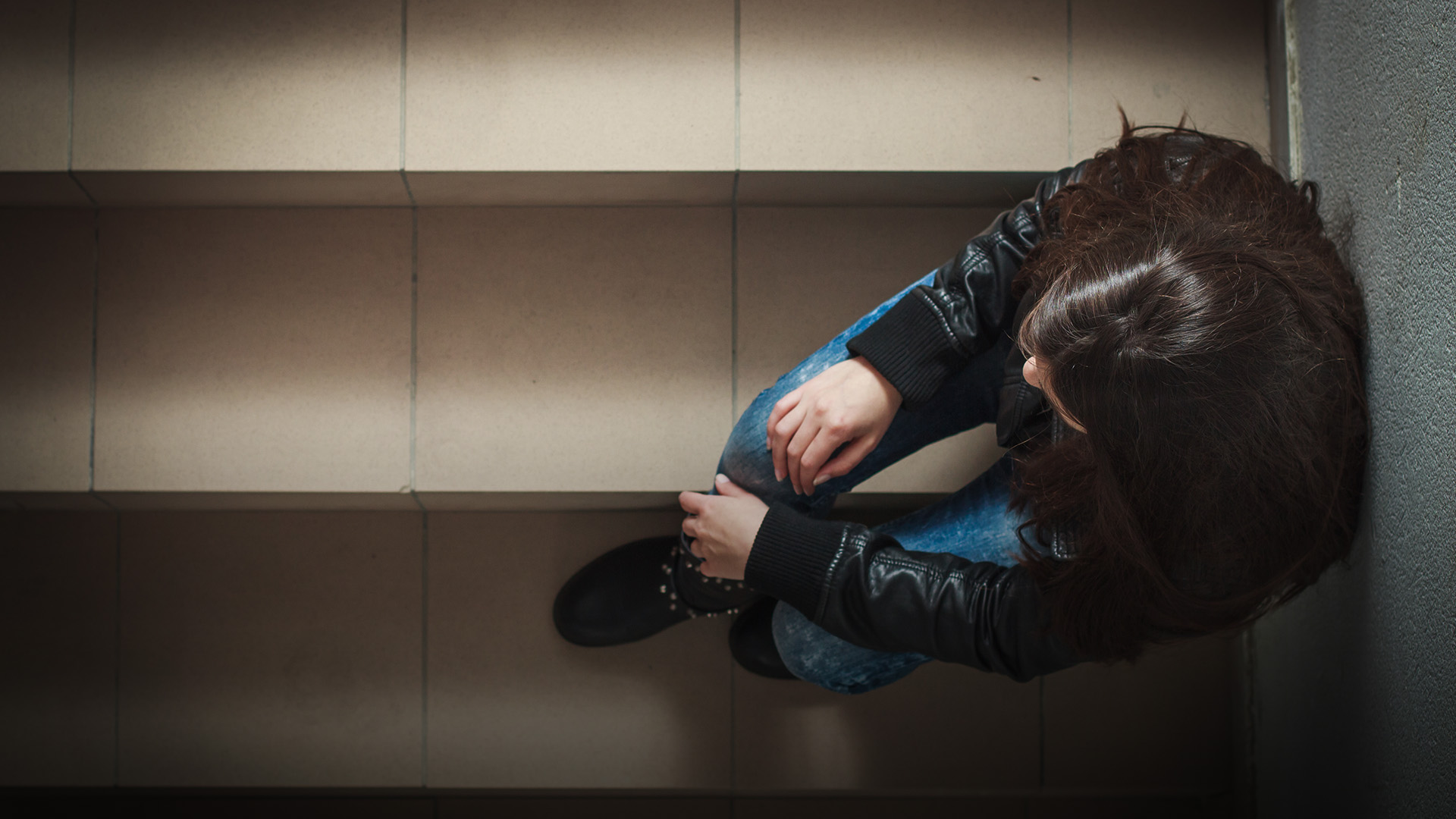 The Source of God’s Pain

Believers often point to God’s pain at our sin, but why exactly sin causes God pain is rarely examined in scripture and even more rarely discussed.

Max Letizi was 12 years old when he began to experience double-vision and then painful, reoccurring headaches.

Rightfully concerned, his parents took him to the doctor. Tests were ordered, and then more tests were ordered. Concerned medical staff poured over his results. Five days later, Max was being wheeled into a surgery theater to remove a primary central nervous system tumor in his brain.

Doctors told Max’s mother and father that they couldn’t stop at surgery, though. They need to perform radiation treatment to make sure the cancerous tumor didn’t return. However, radiation treatment on a child’s brain could cause serious cognitive damage. Mr. and Mrs. Letizi were faced with a terrible choice: opt for a lower radiation dose and increased chance that their son’s brain cancer would return, or select the higher radiation dose, lower the odds of a recurrence and stunt Max’s cognitive abilities.

They chose the lower dose, hoping to preserve a normal life as much as possible for their son. Max went on to graduate from high school, an A student who simply had to take a little more time on tests and couldn’t skateboard with his friends because of balance issues but otherwise was good humored, active and deeply interested in reading, especially Terry Goodkind’s Sword of Truth series.

His story is often presented as one of personal triumph — it is one, to be sure — but what is much more rarely mentioned in these cases is the anguish of the parents as they see the effects of a broken world played out on their children, as they make choices that will ultimately save their child but mark him for the rest of his life.

A Hint about God’s Tears

The final days before Christ’s crucifixion are going inevitably bring up difficult questions, but perhaps one of the most difficult to answer — at least that I’ve come across — is why did Jesus weep in Gethsemane if he was fully God and knew exactly what was to come and had voluntarily chosen this path of redemption for humanity?

This particular passage of scripture offers few clues. “They went to a place called Gethsemane. And he said to his disciples, ‘Sit here while I pray.’ And he took with him Peter and James and John, and began to be greatly distressed and troubled. And he said to them, ‘My soul is very sorrowful, even to death. Remain here and watch.’ And going a little farther, he fell on the ground and prayed that, if it were possible, the hour might pass from him. And he said, ‘Abba, Father, all things are possible for you. Remove this cup from me. Yet not what I will, but what you will.’

“And he came and found them sleeping, and he said to Peter, ‘Simon, are you asleep? Could you not watch one hour? Watch and pray that you may not enter into temptation. The spirit indeed is willing, but the flesh is weak.’ And again he went away and prayed, saying the same words. And again he came and found them sleeping, for their eyes were very heavy, and they did not know what to answer him” (Mark 14:32-40, ESV).

Nothing here makes us privy to Jesus’ thoughts and reasons for shedding tears. Commentators have conjectured based on the slightly different details included in the other gospel’s renditions of this moment, but no one offers a conclusive answer.

Two other times in scripture, Jesus’ weeping is mentioned: before Lazarus’ tomb and outside of Jerusalem. His motivations are only outright stated in the latter of these two.

“When he drew near and saw the city, he wept over it, saying, ‘Would that you, even you, had known on this day the things that make for peace! But now they are hidden from your eyes. For the days will come upon you, when your enemies will set up a barricade around you and surround you and hem you in on every side and tear you down to the ground, you and your children within you. And they will not leave one stone upon another in you, because you did not know the time of your visitation’” (Luke 19:41-44).

In his sermon “The Pain of God”, David Wilkerson pointed out, “Jesus is not standing on a soapbox, pointing his finger and screaming, ‘One day Titus will be here. He will kill your wives. Kill your children.’ No, he's weeping. God is weeping.”

The knowledge of people’s suffering and the salvation that was at their fingertips and which they turned away was what brought Christ to tears.

Examining Jesus’ final days, David Wilkerson speculated, “Jesus is looking down over time, and he sees the unthinkable. He sees multitudes and multitudes who are going to reject him, and he's seeing their pain and their suffering. He's weeping over the pain and the suffering of mankind who would choose to reject him and reject his free offer.”

As for Christ’s words to his disciples, David said, “It's not that Jesus says, ‘I need a pal during my trying times.’ He's God. Not that ‘I need to somebody to stand, encourage me.’ There is some pathos in his voice; but more than that, it's the pain that God is feeling because he knows what they're going to put themselves through because they were lazy, they were not awake, and he knows that apostasy in their heart, that laziness of the flesh.

“He's not rebuking them. He knows their flesh. He knows they’re weak…. It was this consequent pain…their suffering that they were going to bring upon themselves that was bringing pain to his heart. Because they won't get ahold of themselves and get themselves up, they won't be prepared for what's coming.”

As David mused over the scriptures, he pointed to the ways that God in the Old Testament repeatedly spared his people all the while being deeply grieved and angered by their deliberate choice of sins that would harm them.

God is not petty; our rebellion doesn’t bruise his ego. Rather, he knows that the best life we can live will be in service to our creator with our face constantly turned to his light; otherwise, we damage ourselves and others as we hug poisonous habits and relationships close.

The death we choose in the form of our sins grieves God’s heart. Jesus demonstrated that palpably for his disciples and every believer who would follow after them as he wept for Lazarus and his sisters, as he wept over Jerusalem and as he wept in the garden of Gethsemane. This is how the writer of Hebrews was able to say, “For we do not have a high priest who is unable to sympathize with our weaknesses, but one who in every respect has been tempted as we are, yet without sin. Let us then with confidence draw near to the throne of grace, that we may receive mercy and find grace to help in time of need” (Hebrews 4:15-16).

Facing the God Who Weeps

Too often, people point to the Old Testament as an example of an angry, judgmental God; but it is between Genesis and Malachi that we find some of the most pointed examples of God’s love, grief, mercy and patient endurance with a bull-headed, stiff-necked people who chose sin, violence and death over and over and over again.

David brought up his namesake from the chronicles of Israel’s kings as a prime example of God’s parental heart and pain demonstrated. King David had decided to take a census of his fighting men, and God had sent word that he was going to punish the king’s hubris. “This is one of the most incredible pictures of God's heart of pain when he has to chasten his children, when they have grieved him and his justice demands a chastening. David is on his face, listening to the reports coming in.

“He [King David] hears these reports. He'd been proud of his armies, countless numbers. Now he's 70,000 less men. God is striking right at the heart of his pride. God's trying to save this man because pride goes before the destruction of a haughty spirit, before a fall. David is about to destroy himself, not in adultery, but in pride. God said, ‘No, I'm not letting David be given over to the enemy’….

“The angel’s about to strike, and God raised his hand. ‘Enough! Stop. Put your sword up… No more. No more.’ That's the heart of God.

“He's not gloating. God is not standing there saying, ‘Well, have you learned your lesson yet? When will you ever learn, David?’ David's tears, David's crying, his groaning is reaching God's heart. He is feeling David’s pain. He's touched with the feelings of our infirmities.”

This is the God who honors our ability to choose, but he has the mercy to stop us before we hurt ourselves too badly, and yet he is also deeply pained by our suffering.

This is the God who weeps.