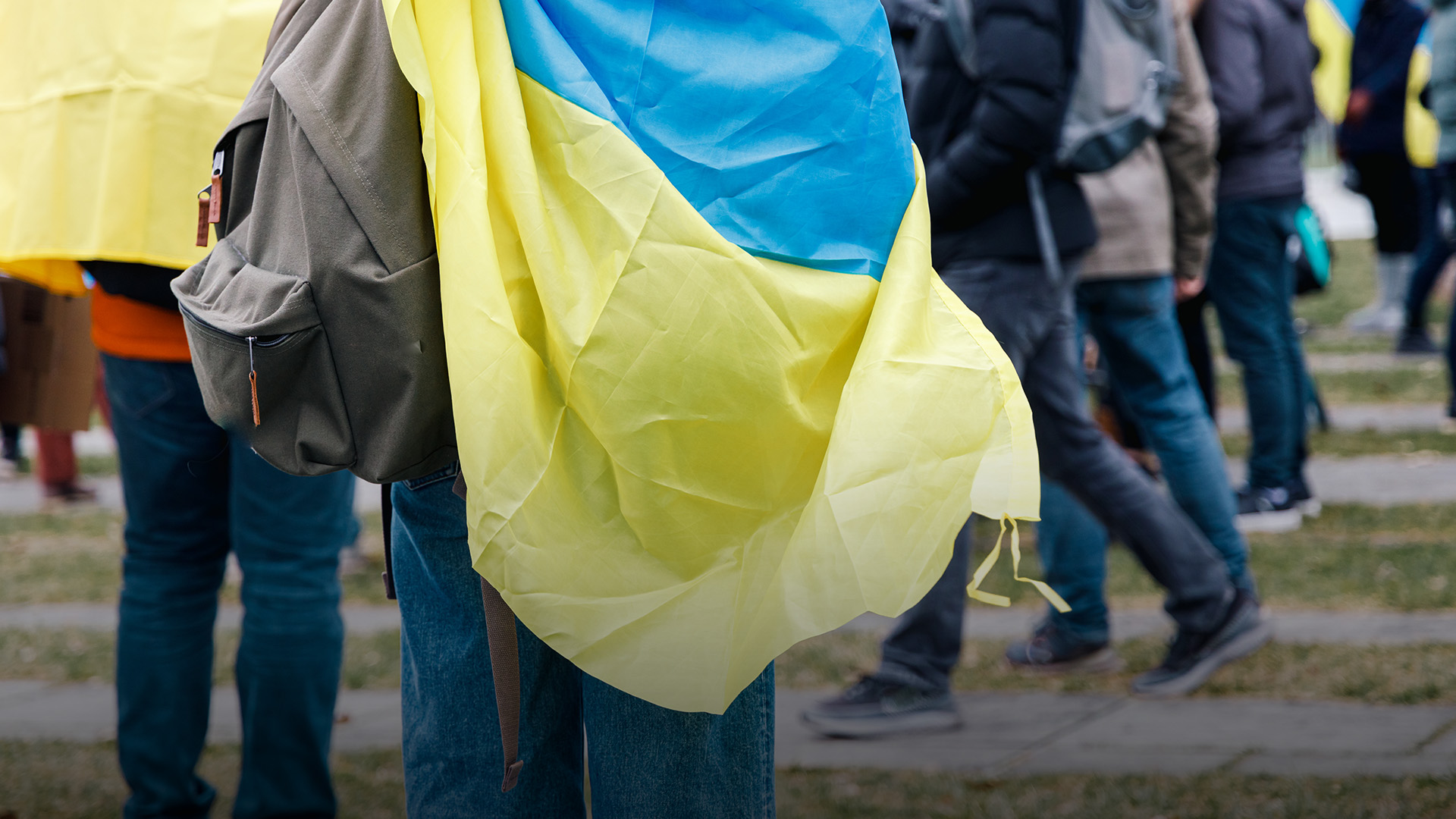 The Refugees of Ukraine

World Challenge is supporting refugees who are fleeing Ukraine and the church leaders who are giving them shelter.

“In Kiev, our partner had a home and a cafe just outside of the city that was housing refugees in the beginning of the invasion, as people from the east were coming towards Kiev,” Mark Buzzetta, the director of Mercy Ministries, shared. “Now our partner isn’t sure what may be left. They spent 15 years of their life raising their family and building up this cafe and raising up young leaders for Christ.”

Now it may be gone.

Recent reports say that about 3,000,000 refugees have fled Ukraine, and that number will only increase. World Challenge has one partner right in Ukraine and then several near the borders, so they're all being impacted as a result of both the bombings and evacuations where thousands of refugees have had to flee to different locations throughout the entirety of Ukraine, spilling over into nearby countries like Poland, Moldova, Romania and Belarus.

Our current partner in Ukraine works with about 500 widows and his team of 100 plus volunteers is dispersed throughout 25 villages in Ukraine and Belarus. Two villages where they’ve worked are now completely destroyed. One volunteer named Tanya who has been a wonderful part of the program for many years lived in one of those two villages. She was forced to hide in her basement for three days as the bombing was decimating her town. She and her team helped the widows that they support as well as many other women and children escape the village and trek across the border to one of our partner’s safe houses in Romania.

“They're safe now,” Mark said, “but obviously we wonder what's going to happen now with these widows. Everything that they had, even though it was little — you know, their homes, their fields — the things that they owned are now destroyed, and now they're in another country.

“These widows are 80 to 90 years old,” he added. “So if you can imagine, your great grandmother is sitting in her home, and suddenly she’s being bombed and she has to leave.

“The tragedy of this is not only the immediate event of the destruction, but what now becomes of the rest of their lives?”

How could these questions not haunt many refugees as they leave who must wonder what they will return to, if they’re able to return? Many of those who have fled from the area around Odessa have gone to World Challenge’s partner in Moldova. He’s a pastor of a church that also runs a 24/7 live-in center for the handicapped and for the elderly who are unable to take care of themselves.

First, there were 15 refugees who showed up and then 35 and then 50, and soon he was inundated with hundreds of refugees who were seeking sanctuary across the Ukrainian border. “It's interesting how the Lord works,” Mark Buzzetta observed. “Just last year, this pastor completed an expansion of the handicap center — World Challenge helped to finance the construction — so it has tripled in size.” This expansion has given the church a much great capacity to help those who are pouring in. That said, they're almost completely full already.

“Can you imagine at your own home, you suddenly have 300 people that you have to find a mattress for?” Mark asked. “You have to find bedding and clothing because all that many of these people have is a backpack or one small bag that they could take with them.

“He told me yesterday that they got in another 80 to 100 refugees in one day. They just keep coming, and they have to go somewhere. Right now, it's mattresses on the ground and in the aisles and the hallways.”

So World Challenge has stepped in to help with sending funding and assistance.

In this particular crisis, World Challenge sends funds to our partner here in the United States who has a direct connection into Ukraine. They have set up a network for 110 volunteers who have purchasing cards, so they're able to fill the purchasing cards with funds, and those volunteers can buy supplies locally. The mission to help our partners in this region, though, started much earlier than just the last few weeks.

Started in January, World Challenge actually started working with partners to stock up on supplies because they saw what was happening. For our partners in Romania and Moldova, sending them support is still fairly easy. Wired money arrives the very next day, so that’s a blessing.

World Challenge’s partners have been doing everything they can to help these refugees and those suffering in Ukraine. One of our partners who operates an home for orphans in Romania actually had 30 of their children approach them and offered to use their own money to help out. They bought supplies, and then our partners drove these goods over the border to a city in Ukraine that hadn’t been shelled yet but was hosting huge numbers of refugees.

The conflict in Ukraine is also a deeply spiritual one, although that doesn’t make top headlines in the news.

Mark Buzzetta shared, “Our partner wrote me back in January, as the forces were starting to come alongside the border, and he was saying that since the first invasion in Crimea eight years ago, there has been kind of a missional revolution happening within Ukraine. A lot of the young folks are coming together in Christ and joining up with other denominations with a common purpose of being more unified in Christ. We hear on the news that all of this is because Putin wants to grab territory, but it's very well possible that this is truly a spiritual battle because of the rise of Christianity in Ukraine and the desire to suppress that newfound faith.”

Even though forces are attempting to oppress the people in Ukraine, the church is gathering to support the people escaping the country. Around ninety percent of the refugee camps that people are arriving in on the borders of Ukraine are being run by Christian organizations.

Mark Renfroe, World Challenge's Chief Missions Officer, noted, "Our decision to be engaged in compassion work really flows from the character of God. It’s not just that it’s a command that we’re supposed to show compassion, but God is compassionate, and we as his servants and children should be compassionate also. So when we look at the situation happening in a place like Ukraine, our hearts are moved. But we don’t want to stop with emotion; we want to put feet to our sympathy."

“I would encourage all believers to run into the battle,” Mark Buzzetta urged. “Run into it through prayer. Run into it through resources. Don’t just figure it's another news headline, and it's something that doesn't really impact you because it does. This is an attack on the body of Christ.”

First and foremost, prayer is the most powerful weapon we have. So many of the individuals being impacted hourly by this war are our brothers and sisters in Christ. They are just like the church-going families we see every Sunday. They are believers, and so we want to pray for their protection and provision.

Secondly, we have so many blessings here in the United States. God placed us here, so we're in a position where we have so many opportunities and resources that we should be able to extend those resources and help to those who are truly in need in other parts of the world. Mark said, “I would encourage those who support this ministry to seek the Lord for what they can do, what they can give, how they can pray, how they can be part of a solution to just such evil that's going on right now.

“While there may be talk in the press of how the US is going to send billions in aid, that will all get tied up in a lot of red tape. The funds you give us will go directly to our partners to buy supplies to feed people. There's not going to be any administrative expenses taken out. It's going directly to keeping people alive and warm.”

If you want to support our partners on the ground in Ukraine, the Slavic churches in the U.S. and the refugees impacted by this crisis, you can give to World Challenge here!