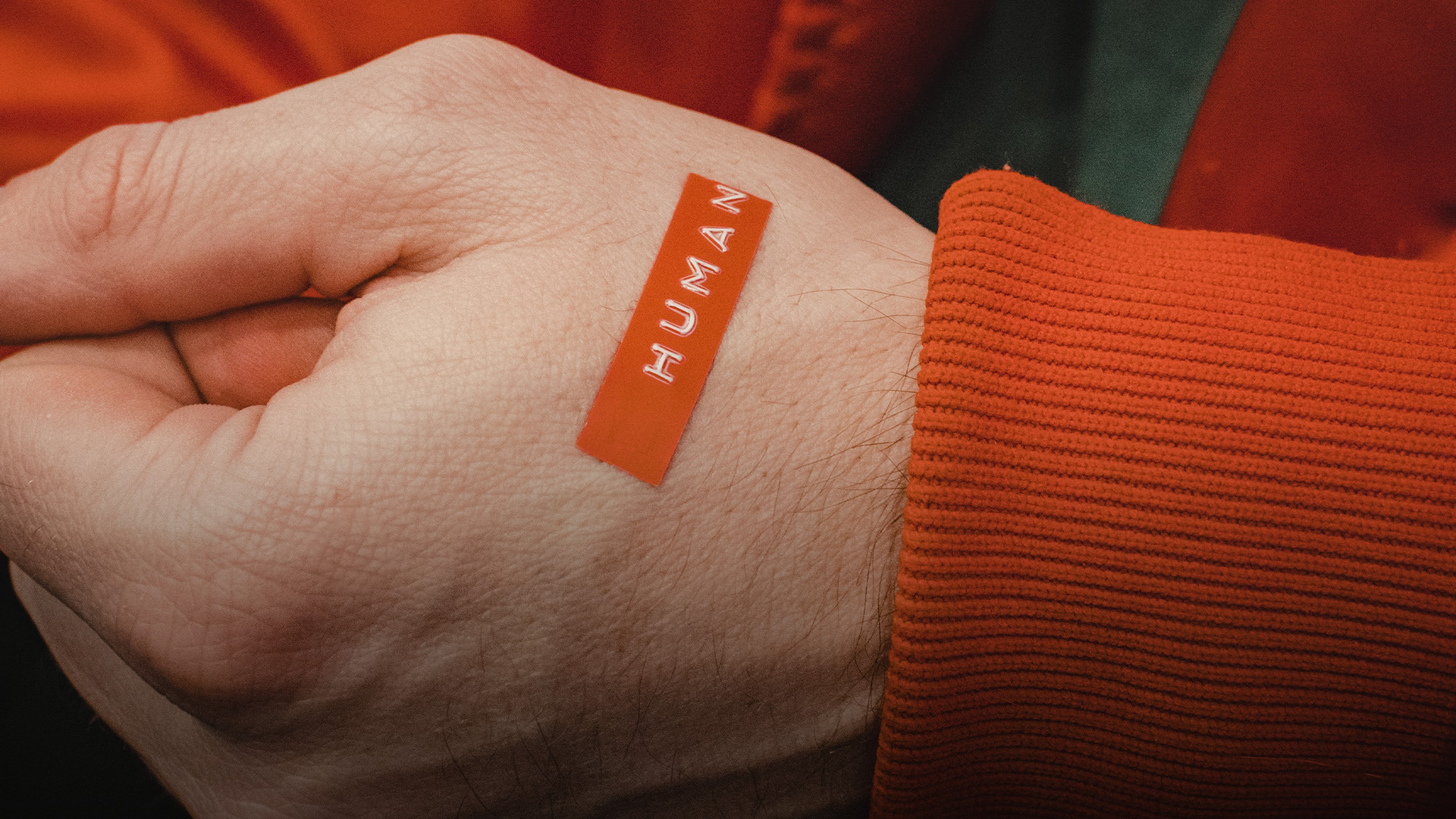 The Philosophy of Our Value

Our modern culture has many metrics by which we measure the value of another person, and to some degree, these ideas have worked their way into the church.

Rudolf Steiner was midway through his lecture on what he proudly had dubbed ‘theosophy’ when a disturbance in the back of the crowd caught his attention. The lights went out. Someone inevitably screamed. The reason soon became apparent, and it had nothing to do with the sudden darkness.

Acrid smoke filled the lecture hall. In the wake of The Great War and the terrible gas warfare in the trenches, no one was taking chances with this. Several people rushed the stage while the crowd clawed toward the exits. With disgust, Steiner realized who they probably were. He ducked into the back of the stage, groping in the dark until he found the stage door. That upstart Adolf Hitler had accused Steiner of being a ’tool of the Jews’ and was now gathering all sorts of political rabble-rousers and maniacs like himself. What a bunch of fools!

After the 1923 Beer Hall Putsch, Steiner would leave Germany, never to return. He remained a sharp critic of the Nazi party as well as many other political reformist movements until his death. Rather he pushed for a combination of philosophy and religion to bring the world more peacefully into the modern age.

In one of his papers, Steiner wrote, “The healthy social life is found when in the mirror of each human soul, the whole community finds its reflection, and when in the community, the virtue of each one is living.”

What exactly was Steiner proposing here?

A healthy social life depends on a whole community recognizing the humanity of each individual, but it also requires everyone in the community to see that their virtue is in simply living. It sounds very nice, probably because Steiner’s philosophies were informed by many of the enlightenment thinkers and had some impact of their own on the Western world.

The biggest problem with Steiner’s philosophy on human value is that the Bible fundamentally disagrees.

Steiner argued that we should find spiritual and social health by contemplating ‘mirror of each human soul’ and recognizing the value of other people, but he offers no explanation for what exactly we’re looking for in that mirror. Where does human value come from outside of simply ‘living’? If my neighbor is dumping all of his trash over my fence so that he doesn’t have to pay Waste Management, he’s certainly living his best life, but I’m unlikely to appreciate it or him when I discover the maggoty plastic bags spilling over my lawn. Nor am I likely to discover much enlightenment in contemplating my own human soul, or frankly his, as I haul his trash to the curb.

While I may still instinctively understand my neighbor’s value remains despite my disgust with him, I can offer no coherent explanation for my intuition based solely on logic. Nor can I truly argue against laws or political parties who are more or less based in the same philosophy of human worth comes from their lives or their productivity in society or a dozen other things.

What then do we do with a baby still in utero? He or she isn’t productive for society in any way yet. Is this unborn child considered alive in the same way that a CEO of a fortune five-hundred company is? How do we define the personhood and value of this individual based on philosophy?

Without scripture, there are few good answers to these questions. Just as Steiner’s protests against the coming atrocities of World War II could not truly help or convict anyone, so the postmodernist ideologies we hold today — many of which are remarkably similar to Steiner’s — cannot offer true consolation or healing to anyone.

The Bible makes its answer to the value of human life and the way to healthy social dynamics almost devastatingly simple. Humanity in its wide cross-sections of age, sex, ethnicity, cultural backgrounds, abilities or intellectual capacity have all been created in the ‘image of God’ (see Genesis 1:26-27). That’s it. No exceptions, provisos or degrees of ‘image-bearerness.’ We’re not even told what precisely about us makes that image. Instead, we are told that to murder, harm or even curse another person is something God takes very seriously (see Matthew 5:21-22). It’s almost as if he sees this as defaming that image of himself.

Not only are we made in God’s image, but the Bible describes his unusual engagement with his image-bearers and what this means for our value.

Scripture notes that God is involved in each one of our lives from the very inception. “For you formed my inward parts; you knitted me together in my mother's womb. I praise you, for I am fearfully and wonderfully made. Wonderful are your works; my soul knows it very well” (Psalm 139:13-14). That value which God places on us does not change based on our abilities or age. As far back as the earliest books of the Bible, scripture warns, “You shall not curse the deaf or put a stumbling block before the blind, but you shall fear your God: I am the Lord. …You shall stand up before the gray head and honor the face of an old man, and you shall fear your God: I am the Lord” (Leviticus 19:14, 32).

Our love for others proceeds from our love for our Creator, in whose image we have been crafted. This inevitably means we must ask who God is. Who is this Lord we have made to reflect in some mysterious way? This isn’t just an esoteric, academic question. If we get this answer wrong, we won’t be able to truly love God and we won’t love others properly.

If that weren’t enough, our culture both outside and inside the church often presents biased or inaccurate versions of God. “It has been one of his [the devil] tasks to put a distorted image of God throughout history and in this generation before the people, knowing that the people will be turned into something powerless,” Pastor Carter Conlon preached. “Paul the apostle says that in the last days there’s going to be a terrible apostasy, a falling away; but…Paul says these people will have a form of godliness. They’ll be going to church, probably even carrying Bibles. It’s a form. They’re looking at a form that is not the true Christ, and they’re turning into this form. It’s rendering the last generation virtually powerless. A form of godliness, but there’s no power in it to be the very thing, as the church, that Christ has destined us to be.”

A false version of God can invoke no genuine love or true dedication, and our love for our neighbors will be similarly hollow and unconvincing.

If we have a accurate understanding of God, we will know and wonder at the his image presented in others; we will love, advocate and fight for the rights of our fellow men as if it were our own rights because we will understand God’s heart for his creation and his image-bearers.

Such a correct view has power in the world that cannot be denied, both within believers’ hearts and outwardly before the world. While imprisoned by the Nazis for his work and protests, Dietrich Bonhoeffer wrote for both his time and, sadly, ours today, “For evil to appear disguised as light, charity, historical necessity, or social justice is quite bewildering to anyone brought up on our traditional ethical concepts, while for the Christian who bases his life on the Bible it merely confirms the fundamental wickedness of evil.”

He pointed out that logic or philosophical stances against evil, such as Rudolf Steiner’s, are doomed to failure because they believe ‘reason’ can correct the corruption of a sinful world. Those who depend on the conscience, the ‘wise’ inner voice that they listen to for all decisions, will inevitably find themselves subtly and unwittingly swayed by evil’s persuasive arguments. Those who fight for their own freedom will most often become sucked into either compromise or radicalism and conceded to ‘lesser evils’ in order to avoid whatever they consider to be the ‘greatest evil.’ Others turn to “private virtuousness” which soothes their troubled hearts with assurances that they don’t approve of sin, even if they say and do nothing to stop it.

Bonhoeffer finally asked, “Who stands fast? Only the man whose final standard is not his reason, his principles, his conscience, his freedom, or his virtue, but who is ready to sacrifice all this when is called to obedient and responsible action in faith and in exclusive allegiance to God.”

Such spiritual fortitude and social impact can only proceed from a biblically accurate understanding of God. Then and only then will we share his view and love of our neighbors.