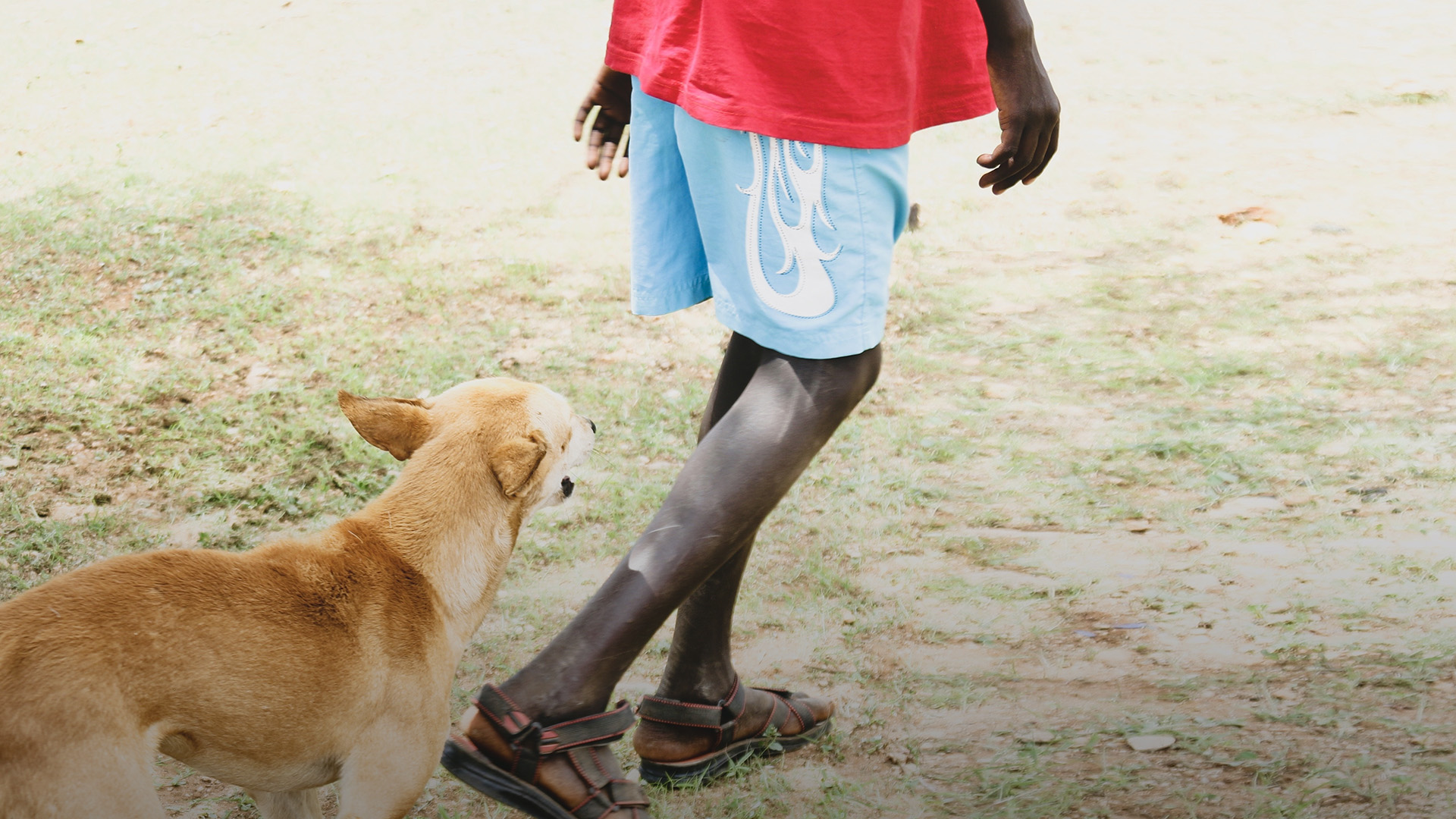 Joshua was very young, probably not yet a teenager, when he was abandoned to live on the streets of Kenya’s capital city. Sadly, that’s not uncommon. It’s estimated that there are as many as 300,000 kids living on the streets in Nairobi and other big cities across the country. Those kids lead difficult lives. Consistent meals are hard to come by, and fights and violence are very common.

Agape Hope Children’s Center, one of World Challenge’s partners, was founded out of a heart for those kids. It started 20 years ago as a meal program, and over the years it has expanded to provide a permanent home to as many kids as possible, as well as meals and school sponsorships for hundreds more.

It was a stranger, a good Samaritan, who found Joshua and took him to Agape. He had a sense of stability for the first time in his life, and he was ready to move froward. First, he needed to find some closure.

Joshua explained that he had experienced some strange dreams about his mother dying. That was unsettling because Joshua hadn’t seen his mother since she abandoned him some time before. World Challenge’s partners agreed to help him find out what became of her.

Finding Joshua’s mother turned out to be easier said than done. They had incredibly little information to work with; all Joshua knew was that his mother’s health was declining due to HIV. She abandoned her son when she no longer had the strength to care for him, leaving him as one of the roughly 1.1 million kids in Kenya who lost one or both parents to HIV. Beyond that, they had no way of knowing where she ended up.

The search party caught a break when they tracked down some of Joshua’s childhood neighbors. Those neighbors remembered Joshua’s mother and explained how to find the village where she had gone to live with her sister, Joshua’s aunt.

Finally, the group made their way to that village and found Joshua’s aunt, who broke the news to Joshua that his mother had recently passed away. She took him to see the gravesite so that he could get some closure. It may not have been the outcome that Joshua hoped for, but he was relieved to finally find answers to the questions he had been asking for years.

Now that Joshua has settled into his life at Agape Hope Children’s Center, he is determined not to let the past get in the way of his future. Above all else, World Challenge’s partners are dedicated to giving kids a stable home and loving them unconditionally. That has created an incredible new freedom for Joshua. He no longer has to fear abandonment because he knows that his new family will always be there for him.