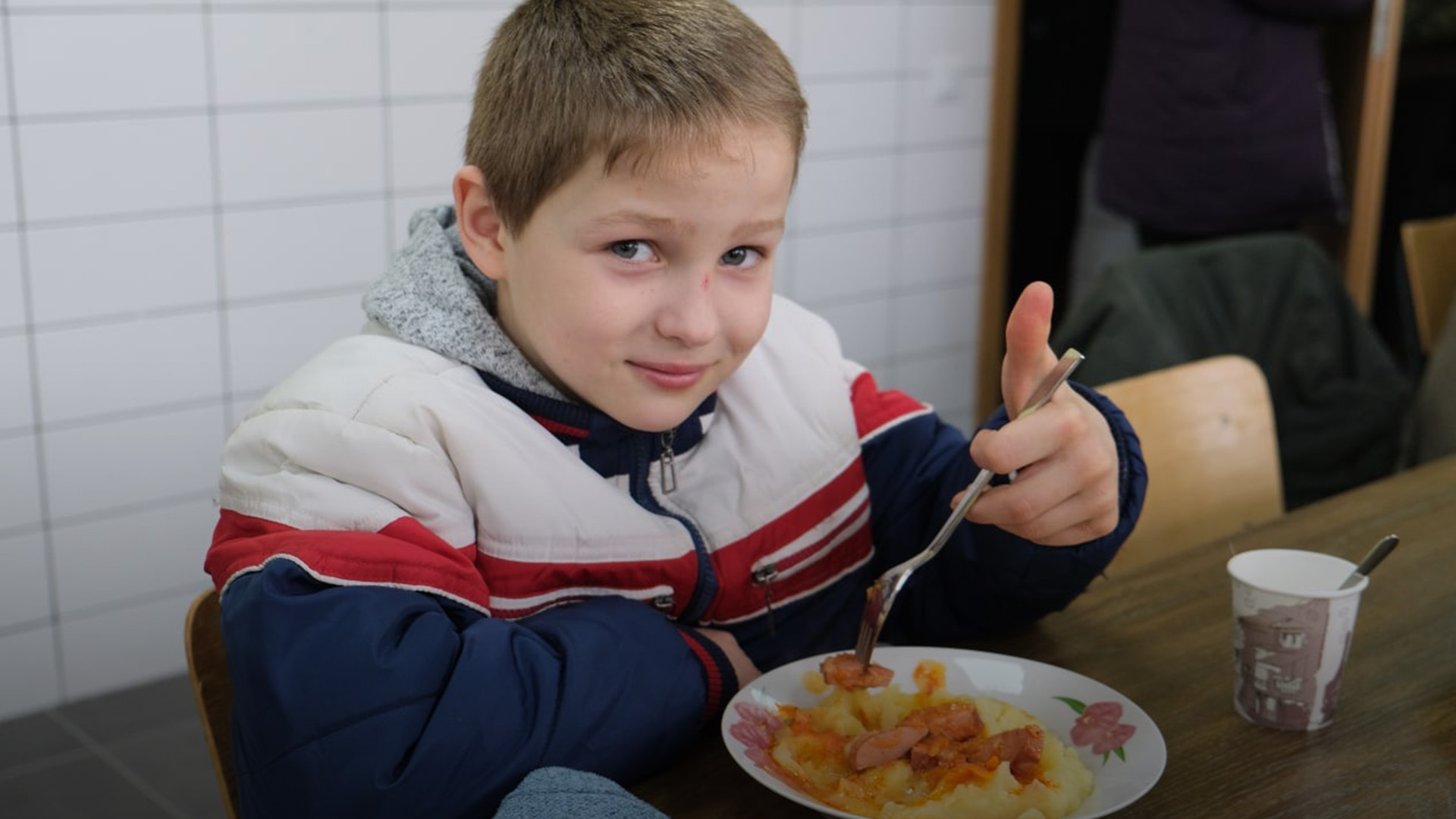 The Ongoing Work in Ukraine

World Challenge’s partners are continuing to help families and widows who refuse to leave their homeland, even as it is torn apart by war.

Ludmyla was born in 1949, in the city of Kozyatyn in the Vinnitsa region of Ukraine. She was educated for working at the railway station, which she did for her entire life until her retirement. She adopted and raised one daughter. For thirteen years she has been a widow and took care of her father, a WWII veteran who is in a wheelchair.

Providing for herself and her father as well as caring for him became even more challenging as she began to notice her vision was getting worse and worse. She was diagnosed with cataracts, but there was no extra money for the surgery.

When World Challenge’s partners in Ukraine contacted Lyudmila, it was a great relief to have someone notice her. Their food baskets helped her budget not be so tight, and she was infinitely grateful for the team’s regular visits and friendly communication. Her life had been filled with many challenges and tragedies, never more so than in the last few months.

World Challenge’s partners were actually in the process of stocking up their pantries in Ukraine a week before the war broke out. They were able to distribute an additional 200 food packages — a one month supply, including some emergency items — in several Ukrainian regions. The provisions proved to be divinely orchestrated. They provided many of the widows like Ludmyla with essential goods between February and March, as the fighting intensified and supplies ran short.

The team shared, “Unfortunately, we were not able to stock up Eastern-Southern Ukraine where several of our villages are now under Russian occupation.”

The team, however, has been able to send money to volunteers in these regions, and they have been able to continue to purchase food items and visit widows throughout much of the war. Each week brings new upheaval and grief. “It’s been extremely challenging to say the least,” one team member said. “About half our volunteers and our main director left the country, and for the first 2 weeks, it was truly chaotic. Nobody anticipated attacks all over Ukraine. At the most we were concerned for Eastern and Black Sea villages, but because 100% of the regions we serve were under attack, our ministry became essentially survival of women and children first, and the elderly sheltered in place while the dust settled.”

After the emergency evacuations took place and people began adjusting to war time situations, the team’s volunteers were able to start checking in on the widows.

Some of the widows were forced to flee and the team was not able to find them again. Other widows were safely evacuated by team members and escorted to safe houses and refugee homes in Romania and Poland.

Through the funds provided from World Challenge, the team has been able to purchase more food, medicine and transportation for evacuations. Some of the widows’ towns are still under occupation. Others are in zones that have been liberated, and now a new phase of ministry is beginning for the team as they try to listen to the Spirit together and effectively serve the immediate needs that are still emerging.

Shelters are being set up. Romania is anticipating a wave of the poorest of the poor potentially if the war continues.

“We have many stories both tragic and testimonial,” one team member shared, “but our focus has been the issues and needs today, as many even now are being forced to evacuate from the east.” They shared a photo they’d received that morning of some of the widows being loaded into buses and driven away from Donbas and the impending Russian attacks a few weeks ago.

Many of the widows had resisted being evacuated until the eleventh hour. “They simply refused up until this point to leave,” our partner explained. “It’s their home, their heritage. Many of these women saw German tanks roll in as children. They are not afraid of death; many know Jesus and are prepared for it.” The Ukrainian government, however, has started forcing residents to evacuate after seeing how occupied villages were being treated.

Our partner said, “There is much trauma and we do not push these regions to provide us stories yet. We know several widows are missing, and the government is still not allowing full visitation in these spaces. Only official aid contractors can take aid in because too many houses are still filled with undetonated bombs and a lot of land mines. We know of several house of volunteers and our widows that were either destroyed or in need of repairs.”

In addition to caring for the widows and families who depend on them now more than ever, our partners are trying to assess the damage done to some of their volunteers’ homes. They are in partnership with some pastor friends who do construction and gathering materials so that their construction teams can begin fixing houses. This way they hope the be able to bring some of their volunteers and widows back home so they don’t have to remain in refugee camps or temporary living situations.

Please pray for our team in Ukraine as they continue to provide and help families in this war-torn region!