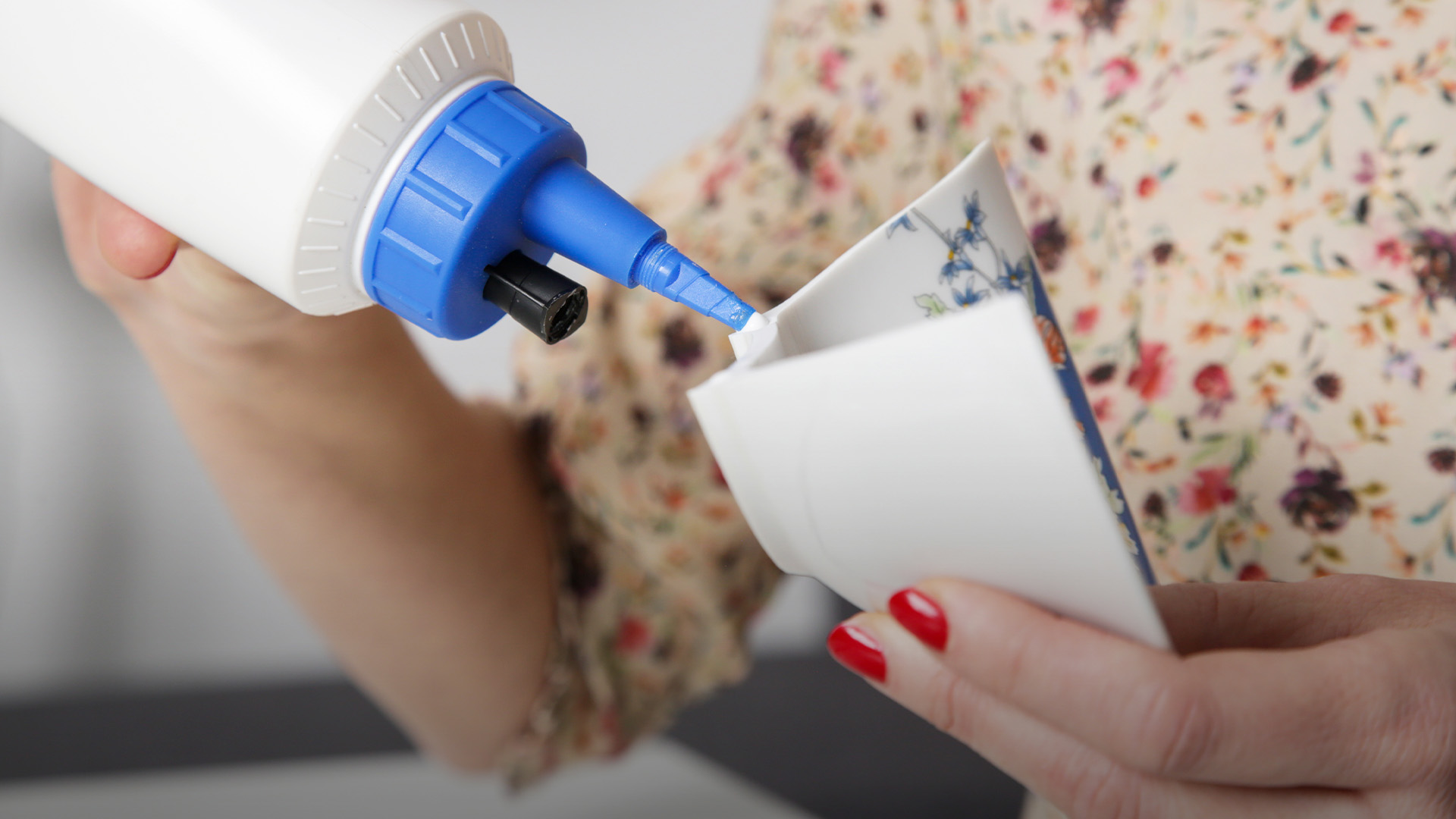 No Fig Leaves for Sale

People are inclined to hide their flaws, but the Bible takes a brutally honest look at humanity’s brokenness for a very important reason: only God is perfect, and we can only be transformed if we believe that powerful truth.

Once upon a time, ‘heroic nudity’ was as thing.

For those coughing on their coffee right about now, the ancient Romans believed that a naked body represented honor or virtue. This is why all of the gods and greatest heroes were portrayed in their birthday suits.

The Renaissance revived this tradition, and Michelangelo painted most of his art with copious amounts of nude biblical figures. At some point, Pope Julius II looked up at the ceiling of his Sistine Chapel and decided that all of the genitalia up there wasn’t very holy. It didn’t help that his master of ceremonies stated that the church ceiling was only suitable for “public baths and taverns.”

Enter the fig leaf campaign. Michelangelo was forced to give some of the figures in his famous painting more modesty, and a special council swept through Rome, hunting down nude sculptures and fitting them with metal fig leaves to cover their tender bits.

Regardless of what form it takes, we are deeply uncomfortable with vulnerability, both for ourselves and with one another. All the way back through history to the very beginning, humankind has been party to one cover-up after another.

Behind the world’s first fig leaf was the Fall and the fear of rejection that followed. We desperately want to believe in human heroes; we even more desperately want to be heroes in our own stories, and yet every story is undermined by flaws. We try to cover it up, but we can’t escape the reality of failure.

A Batch of Bad ‘Heroes’

The biblical ‘heroes of the faith’ get discussed, often in tandem with the Hebrews chapter 11 “hall of faith.” These men and women may be commended for their faith, but when we examine their lives as described in scripture, however, calling any of these people a ‘hero’ is something of a misnomer.

In his sermon “Facing Your Failures,” David Wilkerson pointed out, “The truth of the matter is my Christian friend that Bible biographies are much closer to the truth and contemporary biographies about men that God is using today. I've read to the life stories of Jacob and David and Jonah…. I read these stories, and I'm shocked, and I'm embarrassed, and I blush, and I say, ‘God, how could you have ever used him? How could you have ever used such men?’

“The Bible doesn't gloss over it. The Bible doesn't whitewash it. You can read it. It's all there in black and white. It's in your Bible. Yet these men rose out of their failure and were men of the spirit.”

Moses started his ministry with a murder and then hid from justice for 40 years; he wasn’t exactly off to a glowing start. He tried to avoid going back to Egypt to save his own people, giving excuse after excuse for why he couldn’t go.

He protested until he ran out of reasons for why he couldn’t be the one God sent and finally just said, “Oh, my Lord, please send someone else” (Exodus 4:13, ESV). In the next verse, we see God’s response. “Then the anger of the Lord was kindled against Moses” (Exodus 4:14).

We see in the Bible that Moses could be hot-tempered man, and as a result, the Lord would not end up allowing him to enter the Promise Land (see Numbers 20:10-13).

If we look at other biblical ‘heroes,’ most of them are hardly any better. Abraham gave away his wife to save his own skin not once but twice (see Genesis 12:10-20 and 20:1-18). Samson was a womanizer who lived a violent, reckless life (see Judges 14-16). Gideon introduced idol worship into Israel (see Judges 8:22-28). Samuel raised two sons who were corrupt and untrustworthy men, and whom he put in positions of power over Israel anyway (see 1 Samuel 8:1-5). David committed murder, adultery and brought a divine plague on Israel that cost 70,000 people their lives (see 2 Samuel 24:1-17). Peter was brazen and often foolhardy and then denied knowing Jesus (see Luke 22:54-62). John Mark is thought to be the young cowardly man who fled naked from Gethsemane, but he is most certainly the young man Paul bitterly regarded as a deserter (see Acts 15:37-40).

All these so-called heroes of the faith fall woefully short, and the Bible does not turn a blind eye to their humiliating gaffes.

The DNA of Hiding from God

The blunt reality of humanity’s folly and people’s often checkered lives in scripture should resonate with many believers, and yet many still wrestle with deep condemnation over their failures. Adam and Eve’s shame seems woven into our very DNA.

David recalled many Christians’ struggles with their sins. “I remember…a woman coming to me, confessing, ‘Mr Wilkerson—' She was really heartbroken, “—I've been going to Christian center church. I was an alcoholic. The Lord saved me and filled me with the Holy Ghost. I didn’t touch drink in many weeks and months. But,’ she said, ‘lately I've been discouraged. The enemies come in like a lion, and lately, I'm sorry to say I've been drinking.’

“And she was heartbroken. She said, ‘I've just failed God so much. There's nothing else for me to do….’

“That same night, standing against the wall to the left of the auditorium was a sailor. And when I went to him to pray with him and talk to him, he said, ‘Just leave me alone. Mr Wilkerson, it’s no use spending any time with me. It won't work. I used to go to a Pentecostal church before I went to the Navy. I've known the Lord, and I love him, and I don't want to run from you, but I just can't live for him because I'm too weak, and I failed God over and over again. There's just no use. You can't do anything for me. You can help me just leave me alone.’”

Clearly troubled, David cried out, “If you're facing that kind of a battle, and this is your confession, I'd like to say to you that you're closer to the Kingdom of God then the man or the woman who tries to hide their sin and act like an angel and never admit their need or their failure.”

Those who pretend, or convince themselves, that they have never failed, that they’re holier than the rest of the church, are the ones whom Christ condemned in the gospels. “But woe to you Pharisees! For you tithe mint and rue and every herb, and neglect justice and the love of God. These you ought to have done, without neglecting the others… Woe to you lawyers also! For you load people with burdens hard to bear, and you yourselves do not touch the burdens with one of your fingers” (Luke 11:42, 46).

By pretending to be perfect and holding others to an impossible standard, these individuals weighed down those honestly grappling with sin. They neglected to show true love for their neighbors.

This is why Paul, well-versed in the Old Testament, pointed to Psalm 53 when he wrote, “None is righteous, no, not one; no one understands; no one seeks for God. All have turned aside; together they have become worthless; no one does good, not even one” (Romans 3:10-12).

Each individual’s broken life was merely one more illustration of humanity’s desperate need for redemption; but like our ancestors Adam and Eve, we tried to hide from our Savior rather than run into his arms.

Handing over Our Leaf

As much as we see demonstrations of people’s failures in the Bible, we see an equal measure of God’s willingness to meet with those who are willing to humble themselves and approach him for healing.

Years later in Moses’ ministry with the people of Israel, scripture tells us, “When Moses entered the tent, the pillar of cloud would descend and stand at the entrance of the tent, and the Lord would speak with Moses. Thus the Lord used to speak to Moses face to face, as a man speaks to his friend” (Exodus 33:9,11).

David Wilkerson said, “I believe Moses could have been a man of tragic failure all through his life because he had that kind of personality. It is evident in the making of this man of God that he had failure written all over his personality; but I'll tell you what Moses’ salvation was. He learned to talk to God as a friend….

“That's how he kept his victory. He wasn't any better. The only reason God brought this man through — he talked to him as a man talks to his friend.”

David reflected on the lives of the many young men he’d known who struggled with addictions in Teen Challenge, especially the ones who had ultimately seen triumph in their life with Christ. “Out of the ashes of faith, [they] kept moving on and faced their finest hour yet. Maybe your finest hours yet to come…. In the midst of failure, I say keep moving on. In spite of all your failure, keep going back to the altar. Keep worshipping the Lord.”

God extends his hand to the weak and faulty, as the Bible testifies, “A bruised reed he will not break, and a faintly burning wick he will not quench; he will faithfully bring forth justice” (Isaiah 42:3) and “Come to me, all who labor and are heavy laden, and I will give you rest” (Matthew 11:28).

Only one hero graces the pages of scripture. His name is Christ, and he promises to heal and transform us, if only we drop the fig leaf and come to him with our failures.