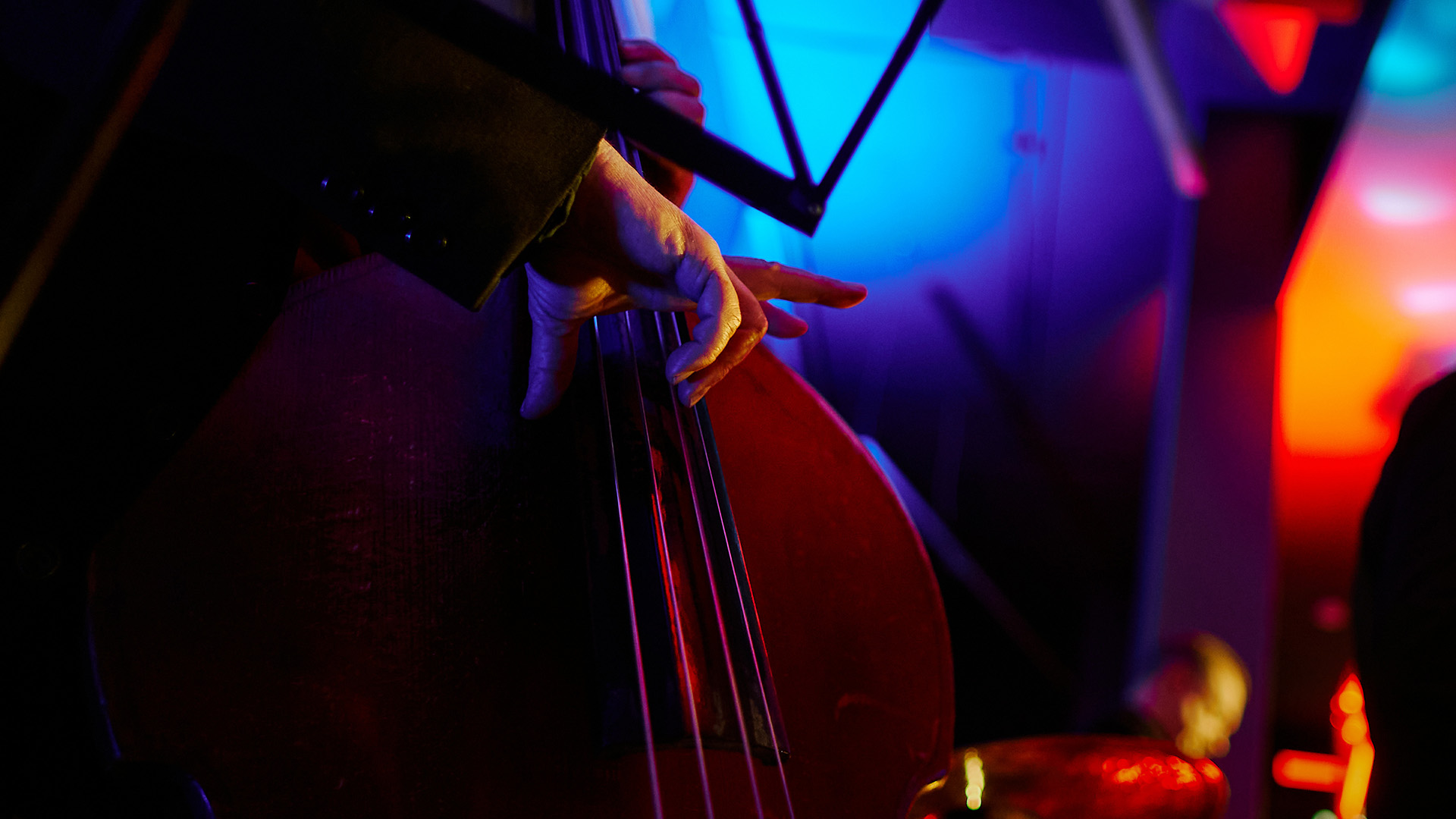 Learning to Understand the Music

The Holy Spirit makes it possible for us to know God, but he definitely doesn’t answer all of the questions or automatically let us in on all the secrets, so do we just let parts of the Bible stay a mystery?

“I’ve learned it can be a deal-breaker when dating,” a young man named Westin admitted in an interview with Vice. “I've had a handful of dates go very well and seem like they could turn into something more, but upon learning I don't like music, it's just too much for them. It's a consistent reminder that music means a lot for a ton of people, and sharing that with others is very important to them too.”

Westin is part of 5 percent of people with musical anhedonia. He doesn’t just not like music; the auditory regions of his brain don’t connect with any of the neurological reward centers.

Not only does this disconnect appear on fMRI scans, but as The Atlantic noted, “Previous research shows that the vast majority of people who enjoy music show an increase in heart rate or skin conductance—where a person’s skin temporarily becomes a conductor of electricity in response to something they find stimulating. Musical anhedonics, however, show no such physiological change to music.”

Those with this particular anhedonic condition have peaked interest among researchers looking into neurological disorders that impair social bonding. Northeastern University’s Biomedical Imaging Center is helping to lead studies in this area. “For instance, imagine that brains affected by autism—which disrupts the connection between reward and social connection—and those affected by musical anhedonia—which appears to disrupt the connection between reward and music—have similar breakdowns of communication.” Researchers are hoping that understanding musical anhedonia will help them understand neurological breakdowns and hone treatment for autistic children.

Meanwhile, though, the musical anhedonics are happily headed back to enjoying their conversations or just the sweet, sweet silence.

Questions from the Basement

My grandparents had a basement; before their house was renovated, there was no light switch in the basement. This was before the era of smartphones with their convenient flashlight function. You had to walk into the pitch black, pray no one had left something out on the floor and grope the cool subterranean air until you found the string that would click on the light. There was an old sofa, a bench covered in all the tools to fix cars, a hanging speedbag, taxidermy pheasants whose glassy black eyes would follow you around the room, a desk filled with World War II metals and memorabilia, ceiling-high shelves covered in hundreds of jars filled with everything my grandfather refused to throw away because “It might be useful one day.” Obviously, the basement was the best place in the house. You just had to brave that blind walk to the string and the light.

As often as not, reading the Bible feels remarkably similar. The Holy Spirit flicks on the light, and what seemed like a pit of ominous gloom suddenly is illuminated. All the stuff about sin and the story about Jesus’s death that sounded so weird before now makes sense.

This was surely what Paul was thinking about when he wrote, “For the word of the cross is folly to those who are perishing, but to us who are being saved it is the power of God. For it is written, ‘I will destroy the wisdom of the wise, and the discernment of the discerning I will thwart.’ Where is the one who is wise? Where is the scribe? Where is the debater of this age? Has not God made foolish the wisdom of the world? For since, in the wisdom of God, the world did not know God through wisdom, it pleased God through the folly of what we preach to save those who believe. For Jews demand signs and Greeks seek wisdom, but we preach Christ crucified, a stumbling block to Jews and folly to Gentiles, but to those who are called, both Jews and Greeks, Christ the power of God and the wisdom of God” (1 Corinthians 1:18-24, ESV).

The gospel,  the truth of Christ crucified and all the reasons this was necessary, is incredible to think about when we consider that it is the power and wisdom of God to those of us who are called. Someone else had to turn on the light; we would’ve never found the string on our own. Now that we can see, there’s so much depth and complexity that we could’ve never anticipated.

It's great to not be in the dark anymore, but that hasn’t meant that I understand everything I read in the Bible. With one anxious query answered, dozens more sprout up. “What’s this here for? Does anyone still use this? That thing over there is kind of creepy. Why did someone make that? Wait, look at this! It’s amazing…” The Spirit entry into our lives makes so much of scripture clear, but there are still a lot of questions to be answered, passages that are confusing or only seem to lead to more questions.

Is this when it’s important to have faith and allow some of these verses stay a mystery, or is it a challenge to try to nail down an answer?

Tracking Down the Interpreter

Although Peter and Paul seem to have had a potentially hot-tempered relationship, Peter wrote in one of his few letters, “Count the patience of our Lord as salvation, just as our beloved brother Paul also wrote to you according to the wisdom given him, as he does in all his letters when he speaks in them of these matters. There are some things in them that are hard to understand, which the ignorant and unstable twist to their own destruction, as they do the other scriptures. You therefore, beloved, knowing this beforehand, take care that you are not carried away with the error of lawless people and lose your own stability. But grow in the grace and knowledge of our Lord and Savior Jesus Christ…” (2 Peter 3:15-18).

On brand for Peter, he bluntly states that the ignorant and unstable twist the passages of the Bible that are difficult to understand. He commands the early believers to grow in their knowledge of Christ. The best way to do that would be reading the Bible and asking the Spirit to help with interpreting what God has preserved in his book. Easy, right?

There’s just one area where this method can very quickly start to break down for us. “The Holy Spirit is not the Force from Star Wars. It's not this impersonal energy that radiates through the universe,” Dr. Sam Storms noted in an episode of the Gary Wilkerson podcast. “Holy Spirit is a thinking, feeling, decision-making person. I wanted to enter into as much of an intimate relationship with him as I do with Jesus and the Father, and that really grew massively when I came to understand how the Spirit operates. …We can't control the Holy Spirit. You can't push him. He wants to be pursued, but he doesn't want to be pushed. There's a difference. So we pursue the Spirit. We pray; we cry out. We provide opportunities.”

The Holy Spirit acts as our light and interpreter for the scripture, but he’s not a divine version of Google translate where we can just throw a few verses at him and expect a mechanical production of the answer.

How then do we pursue a person who is our key to understanding the Bible?

Learning to Bridge the Gap

How do you learn how to speak another language? Textbooks and movies can help, but all studies agree that the fastest and most effective way to start speaking another language is to talk with native speakers. It’s embarrassing and awkward because we will inevitably be so bad at it in the beginning, but this is the best way to learn.

If you’ve never understood music before but suddenly that neural connection is made in your brain, what would you do? Listen to a lot of songs perhaps? There’s plenty of bad music out there, though. Do you really want to wade through all of that? Here’s a idea. Find someone who loves music. Better yet, find a professional composer or musician. Ask for their recommendations. Have them explain what they look for in a song and why they enjoy their favorites. Take up music lessons and work alongside someone until you understand the rudiments of music theory not just in your head but in your skin and bones.

In every case I can think of, a person is involved in learning to love anything. I love to read because someone taught me to read. I love music because of the songs my father and friends have given me. I love hiking because my mother taught me to see in nature a wild and fantastically creative God.

Adoration is always learned, and yet it cannot taught or expressed unless it is also authentic. In her book Adore, Sara Hagerty mused, “Most days when I adore, I speak one sentence and realize I bring a mind full of things that don’t align with what His Word says. Adoration works the muscle of emotional integrity inside us. I can’t get this close to His Word and persist with pretense if I want to grow. Adoration addresses integrity — honesty before God — at its core.”

I sense the Spirit closest when I regularly return to my student’s chair with all my grumpiness and confusion but still say, “Help me understand this person you also adore. Help me learn to love the music.”