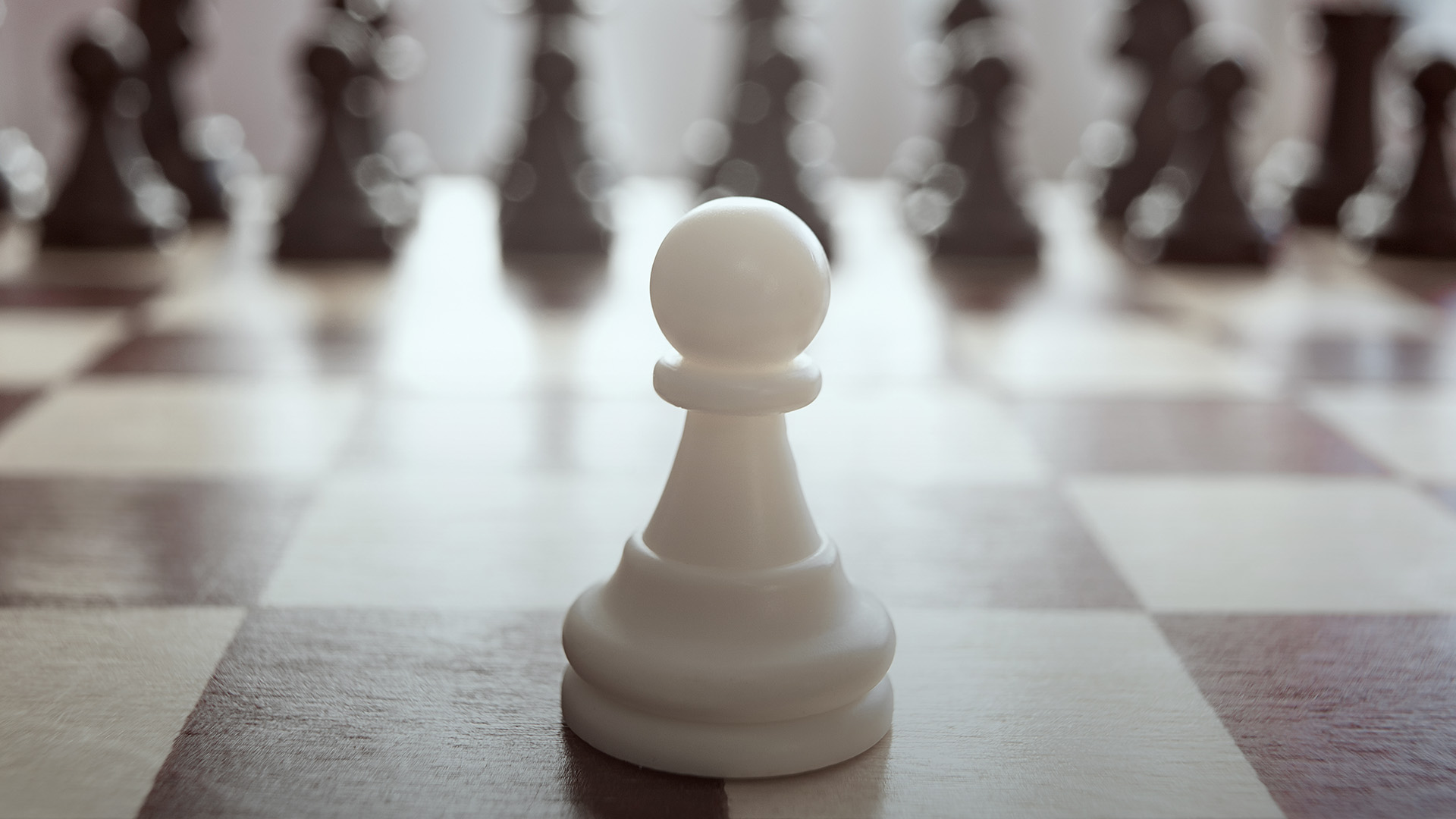 How to Make Good Enemies

How much do I actually believe all of the Bible’s commands? The truth comes out when I have the opportunity to put them into practice.

In 1927, missionaries from the Sudan Interior Mission were sent to the Wallamos tribe in Ethiopia. Despite Ethiopia’s long history with Christianity, this tribe had not a single believer among them. In fact, during their annual ‘Passover,’ family leaders would sacrifice a bull to Satan, smear the blood around the doorways of their huts and serve it’s raw flesh to their wives and children.

When they arrived, the missionaries said that the spiritual oppression was palpable. They labored and prayed for eight years, rejoicing to see 48 Wallamos come to the Lord. In 1935, however, World War II was well on its way to breaking out in Europe. The Italian dictator Mussolini was invading Ethiopia. When Italian troops reached the village, they ordered the foreign missionaries out. The tiny church gathered, wept, prayed and shared communion together, perhaps for the last time. The missionaries were then rounded up and loaded into army vehicles. The dust behind the trucks soon blotted out the village and the people who had become family.

Raymond Davis, one of the missionaries, wrote, “We knew God was faithful, that he was able to preserve what he had begun among the Wallamos. But still we wondered, ‘If we ever come back, what will we find?’”

The Fascist Italian troops were determined to stamp out Christianity. They dragged Christians into public squares to beat them. The soldiers mandated that all church leaders would receive 100 lashes. One named Wandaro preached to the crowds between the blows. Another believer, Toro, was dragged to the local marketplace, stripped naked to humiliate him and flogged with a hippo-hide whip. Between the cracks of whip and splitting flesh, he cried out the message of the gospel.

When the war subsided in Africa and the missionaries finally were able to return in 1943, they found that the Wallamos church had gone from 48 to about 10,000.

I find it disturbingly easy to read stories like this one and think, “Ah, persecution and ‘that kind’ of spiritual vitality are only found somewhere out on the missions field.”

This thought both provokes a kind of longing for my mind’s sanitized ideas of suffering — I don’t want to be whipped with hippo-hide, nor do I have any idea what kind of agony being flogged actually involves — and a safe explanation for why I don’t experience persecution. The tidy excuse is “’Well, I live in America, not somewhere else where those sorts of things happen’ instead of the more honest answer of ‘I don’t live in a manner that challenges both the secular world and the nominally Christian, so there’s no reason for anyone to be offended by me or my beliefs.’”

The equally easy opposite side this spectrum is floating about on the internet in the form of a Winston Churchill ‘quote’ that says, “You have enemies? Good. That means you’ve stood up for something, sometime in your life.”

I can easily stand up for the wrong things or selfishly fight with someone and make enemies. That’s nothing special. As an aside, there is no verified instance of Churchill writing any such thing, although his pugnacious personality almost certainly would’ve agreed with the sentiment.

Rather, the quote is a colorful interpretation of Victor Hugo’s far more insightful musings in his Choses Vues 1849-1885: “You have enemies? Why, it is the story of every man who has done a great deed or created a new idea. It is the cloud which thunders around everything that shines.” To make enemies because I have submitted to authority that the proud do not recognize and partaken in something great that the self-absorbed resent is a worthy achievement. It’s also one that can be accomplished no matter where I live.

The real problem is that I don’t want to suffer. I don’t really believe that God will use it for good, or if I do, it’s not a good that I’m willing to sacrifice my comfort in order to gain.

Reflecting on suffering, David Wilkerson wrote in a sermon, “I've had people from Times Square Church, having heard Gwen was terribly sick for nearly three weeks, say to me, ‘Brother Dave, I don't understand. She's so sweet and caring; she's not living in sin. Why is she suffering so much?’

“My secretary's sister, Faith, gave her last twenty-five years to helping ghetto children. She was a godly, caring, humble disciple of Jesus Christ, doing everything he commanded her to do. She died recently, consumed by bone cancer. While I was praying for her just prior to her death, I felt Jesus take her by the right hand and lead her into calm, green pastures.

“Some are offended, confused. But David said, ‘Precious in the sight of the Lord is the death of his saints’ (Psalm 116:15). ‘Precious’ in Hebrew means ‘valuable, necessary.’ It means that he needed them; their death is necessary to his eternal purpose. Paul said boldly, ‘...Christ shall be magnified in my body, whether it be by life, or by death...to die is gain’ (Philippians 1:20-21). He goes on to say, ‘And in nothing terrified by your adversaries: which is to them an evident token of perdition, but to you of salvation...’ (Philippians 1:28). What he is saying is that suffering or even the death of a godly soul is a sign to the world of loss, ruin, or disaster; but to those who know God, it is all deliverance by life or death.”

Do I actually believe that? I can intellectually assent to all sorts of ideas and virtues, but do I believe this in my everyday choices and actions?

When I encounter someone in need, do I keep my money and time to myself because I might need it elsewhere? When someone needs a place to stay for the night, do I offer them my place? If they’re not safe, if they will probably steal from me, do I offer it all the same? If I am hurt and robbed, do I continue to offer my space and time to others? How far am I willing to go in my obedience to Jesus’ words, “You have heard that it was said, ‘An eye for an eye and a tooth for a tooth.’ But I say to you, Do not resist the one who is evil. But if anyone slaps you on the right cheek, turn to him the other also. And if anyone would sue you and take your tunic, let him have your cloak as well. And if anyone forces you to go one mile, go with him two miles. Give to the one who begs from you, and do not refuse the one who would borrow from you” (Matthew 5:38-42, ESV)?

When I am faced with a call that could endanger me, do I honestly believe that God could allow me to die or be badly hurt and that he would be good in doing so? Am I willing to suffer so that others might benefit from my testimony, even if their benefit would be recognizing their own horror of pain and flawed view of a good God? Is it possible that God not only is able to bring beauty from my pain, but he knows that it is often the only way to reach me and other stubborn sinners like me?

Is God’s goodness less like a grandfather at Christmas and more like a surgeon examining his patient on the operation table? When I’m beneath the knife, how good do I actually believe God is?

If I truly trust God’s goodness, I will live in a way that challenges the selfish, resists the abusive, shelters the vulnerable, gives to the neglected, loves the ugly and ungrateful. I will be gentle in the face of angry self-righteousness. I will seek God’s will in my choices rather than only listening to other people’s desires, even if it frustrates them. I will have few friends, but those I have will be beautiful and true. I will make enemies for the right reasons. This way of living will cost me over and over and over again because I have been given far more than I can ever give away.

Can I live this way? I want to, but I’m afraid. Perhaps that’s why God brings suffering into my life, ushers it right through the front door into my living room. He’s gently pushing me into an opportunity to learn how to live that kind of life.

Dare I accept? Dare you accept? Our answer will change everything.