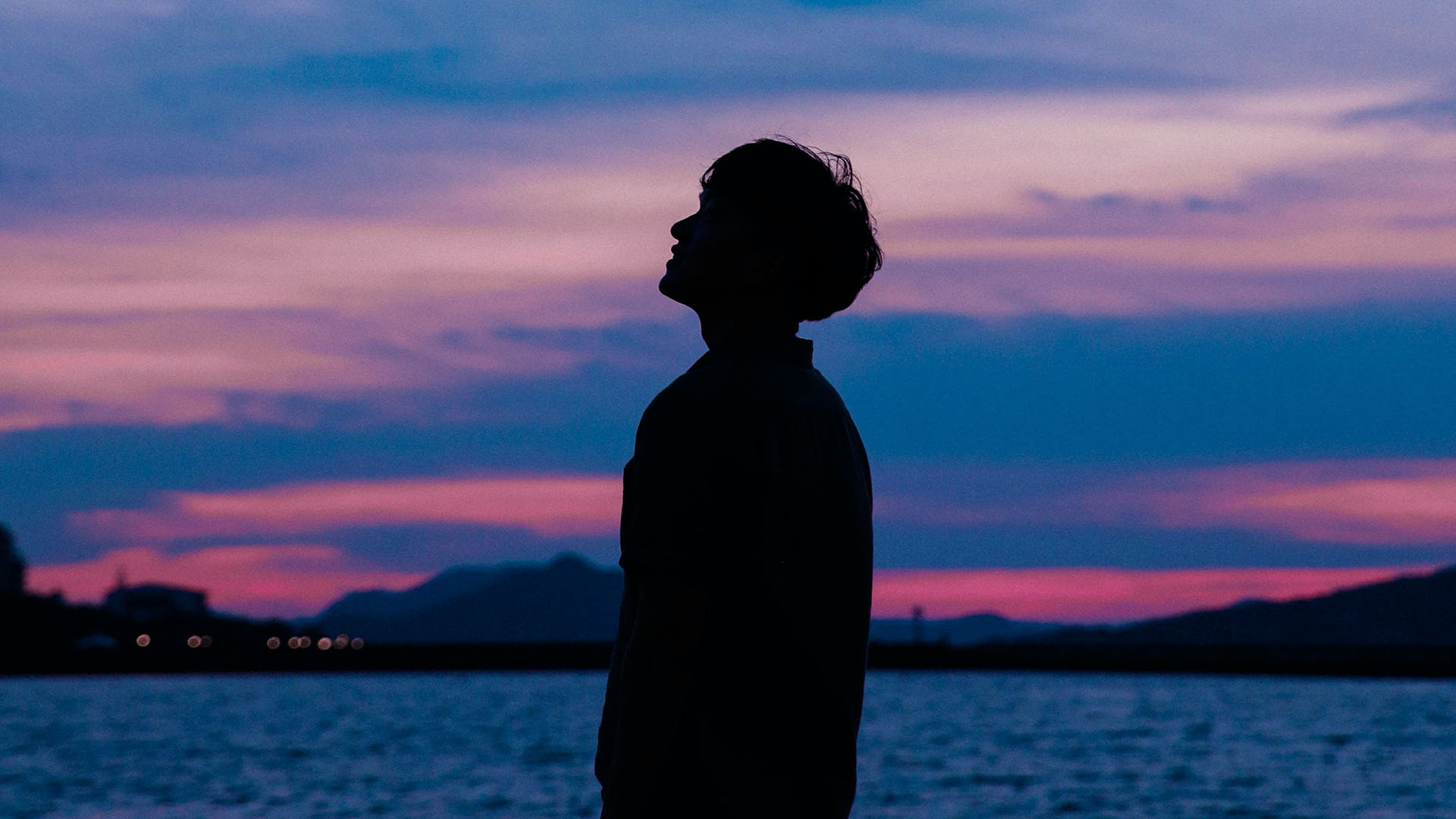 How Do We Make God Marvel?

If we are a believer, our foremost desire should be to please God, but is it biblical or even possible for us to make God marvel?

In his meditations on scripture, Eugene Peterson wrote, “Every once in a while a person speaks a brief sentence, three or four words maybe, that dams up a sea of wisdom and insight, that keeps the words available for the use of all of us. In an instant we know they are true, and we spend the rest of our lives pondering and living into them.

“Socrates summed up a life of acquiring wisdom with two words: ‘Know thyself.’ …In the early church, when the community of the gospel was threatened by overwhelming attacks and the Christian churches seemed about to be overwhelmed by heresy and assault, a young pastor named Athanasius came successfully to its defense. Someone described it as Athanasius contra mundum: ‘Athanasius against the world.’ More recently Martin Luther King Jr.’s magnificent ‘I Have a Dream’ speech has been a catalyst for the civil rights reforms that are taking shape in this decade of the sixties and after.

“But for us Christians, four words continue to give definitive focus to the way we live our lives. The words came two thousand years ago from the lips of a fisherman who was walking on a country road in Palestine, with his friends, in the company of Jesus. The fisherman’s name was Peter. The four words were ‘You are the Christ,’ spoken in answer to Jesus’s question ‘Who do you say that I am?’ (Mark 8:29).”

To this day, Christ’s nature and teachings challenge, frighten and transform people. Believers must constantly return to his words, “Who do you say that I am?” We know the right answer, but how we pray and behave often gives a different answer than the one we know to be true. What would it look like to truly respond in both words and deed, “You are God”?

The questions of how to have faith and what faith looks like in action is one that has circulated in the church for centuries.

That said, I think the gospels actually give us a story that makes the type of faith God’s looking for very clear. Early in Jesus’s ministry, we come to this story. “Now a centurion had a servant who was sick and at the point of death, who was highly valued by him. When the centurion heard about Jesus, he sent to him elders of the Jews, asking him to come and heal his servant. And when they came to Jesus, they pleaded with him earnestly, saying, ‘He is worthy to have you do this for him, for he loves our nation, and he is the one who built us our synagogue.’” (Luke 7:2-5, ESV).

Most of us are familiar with this story, and that’s dangerous. It tempts us to sweep past details without letting those facts really hit us. First of all, we need to really appreciate who this centurion was. He had been appointed by the Roman government to bring order to this unruly region of the empire. Most historians agree that the strength of the Roman Empire should be attributed more to the centurions than to all the foot soldiers or even the caesars and high Roman officials. The centurions were basically the people running the empire and keeping everything moving smoothly.

This was a man who would’ve been well-educated, had power and authority, and was a warrior of warriors. Listen, if he was walking down the street in Capernaum, and you were sitting there eating a sandwich, and he said, “Give that to me”, you gave it to him. You couldn’t say no.

There’s two more things to note about this man. For one, he would’ve been very wealthy because he built a synagogue for the locals. For another, he seemed unusually kind. If you owned a slave or a servant in that day and that person was unable to perform his or her duties, you were fully within your rights to kill them. It was legal, and then you could go out and buy another one. This centurion hadn’t done that, though, with this terribly sick servant, which would’ve been highly unusual. He had a lot going for him here. He had all of this authority and wealth, but he was generous and kind-hearted. That was exactly what these Jewish elders who came to Jesus were quick to point out as they earnestly begged Jesus to do something for this man.

Honestly, that’s how a lot of us approach God. We come to Jesus, begging him to take care of a person or a situation for us, and then we present our list of reasons why he should help us out.

Let me just say, as pastors and church leaders, we can be some of the worst when it comes to this. We go to God in prayer, and maybe we don’t start here, but somehow the prayer wanders into “God, you called me to work for you, and I started a church or a special ministry out of obedience. Haven’t you seen how many people have been saved or blessed as a result? God, look at what I’ve done for you. Look at how I’ve served you. Certainly I’m deserving of an answer to this prayer. Certainly this person that we have in the church deserves a miracle in their life.”

How does God respond to this type of prayer? When we come to him with our list or the resume of someone else we want him to bless or heal, what does God do? Well, the passage goes on to tell us. “And Jesus went with them…” (Luke 7:6). Jesus allowed himself to be ushered along by them, but he didn’t really give any response to all of the stuff they told him. He didn’t ignore them, but he wasn’t impressed or especially moved.

As believers, we often do this to God. We mix old covenant attitudes with new covenant instructions. We approach God through the lens of laws broken and laws kept. Sometimes, we think that having a bigger ministry will impress God more than a smaller ministry or serving in an area that’s not as noticeable. “You know how many hours I’ve prayed, God. I love your Word. I’ve witnessed to at least five people in the last week. I’m an evangelist, God. I’ve gone to the mission field. I planted a church that one time, God. Look at what I’ve accomplished for you and your Kingdom. So if you don’t mind answering this prayer I have…”

Yes, we should be people of prayer, obey God’s commands and share the gospel with the lost. If you approach God with these things as if it’s the ticket to making him move, though, that’s not inspiring to him.

The second group that approaches Jesus is the first one that gets a reaction out of him, and it is spectacular. First, though, let’s not miss anything that happens here. “When he [Jesus] was not far from the house, the centurion sent friends, saying to him, ‘Lord, do not trouble yourself, for I am not worthy to have you come under my roof. Therefore I did not presume to come to you. But say the word, and let my servant be healed. For I too am a man set under authority, with soldiers under me: and I say to one, “Go,” and he goes; and to another, “Come,” and he comes; and to my servant, “Do this,” and he does it.’” (Luke 7:6-8).

This man with all of the wealth, power and prestige confessed to Christ, “Nothing in my life has made me worthy to even stand in your presence.”

It’s one thing to say you believe that, but it’s quite another to actually submit yourself to God that way when someone you love is in danger. It doesn’t matter how long any of us have walked with God; we can only stand in the presence of God by the blood of Jesus Christ who paid it all on the cross. We can never stand before God in our own works and abilities.

Here’s a man who understands that. To some degree, he’d clearly embraced Yahweh and the Jewish religion, but he could never become a Jew. He would always be on the outside. There wasn’t a cross or any New Testament books at this point. What he was walking forward into made no sense by the laws of the world he lived in, and yet he had a revelation about Jesus. He knew he was utterly unacceptable to the Son of God, and yet he also understood the supernatural authority and saving power of Christ. Caught between those facts, he humbled himself, reached out to Jesus and put himself at Jesus’ mercy.

“When Jesus heard these things, he marveled at him, and turning to the crowd that followed him, said, ‘I tell you, not even in Israel have I found such faith.’” (Luke 7:9). This is such a loaded statement. I’m sure the religious people were saying, “Hey, slow down just a minute. I know this man built a synagogue and all, but he’s not a Jew. He hasn’t been circumcised. We have, and we go to prayer three times a day, but you’re saying that we don’t have faith like this man?” Also, keep in mind that Jesus’ own disciples were in that crowd too. I’m sure some of them were muttered, “Hey, Jesus, why do you give us such a hard time about faith? We left our jobs, our homes, our families for you. Why are you saying this gentile centurion has greater faith than all of us?”

This centurion, though, had a revelation of what the grace of God is. It means we come empty-handed to our Creator. There’s no way we earn God’s attention, presence or power. None at all.

The centurion came with nothing, just the humbling recognition of Christ is and that nothing can be added to God’s glory and honor. In that spirit, he trusted that whatever Jesus ordered would be done. That's the kind of faith that makes God marvel. Do you want Jesus to marvel at the faith that you walk in today? It will be found in the way that you approach God, in genuine humility and total trust in his will. This is the kind of faith which pleases our Creator.