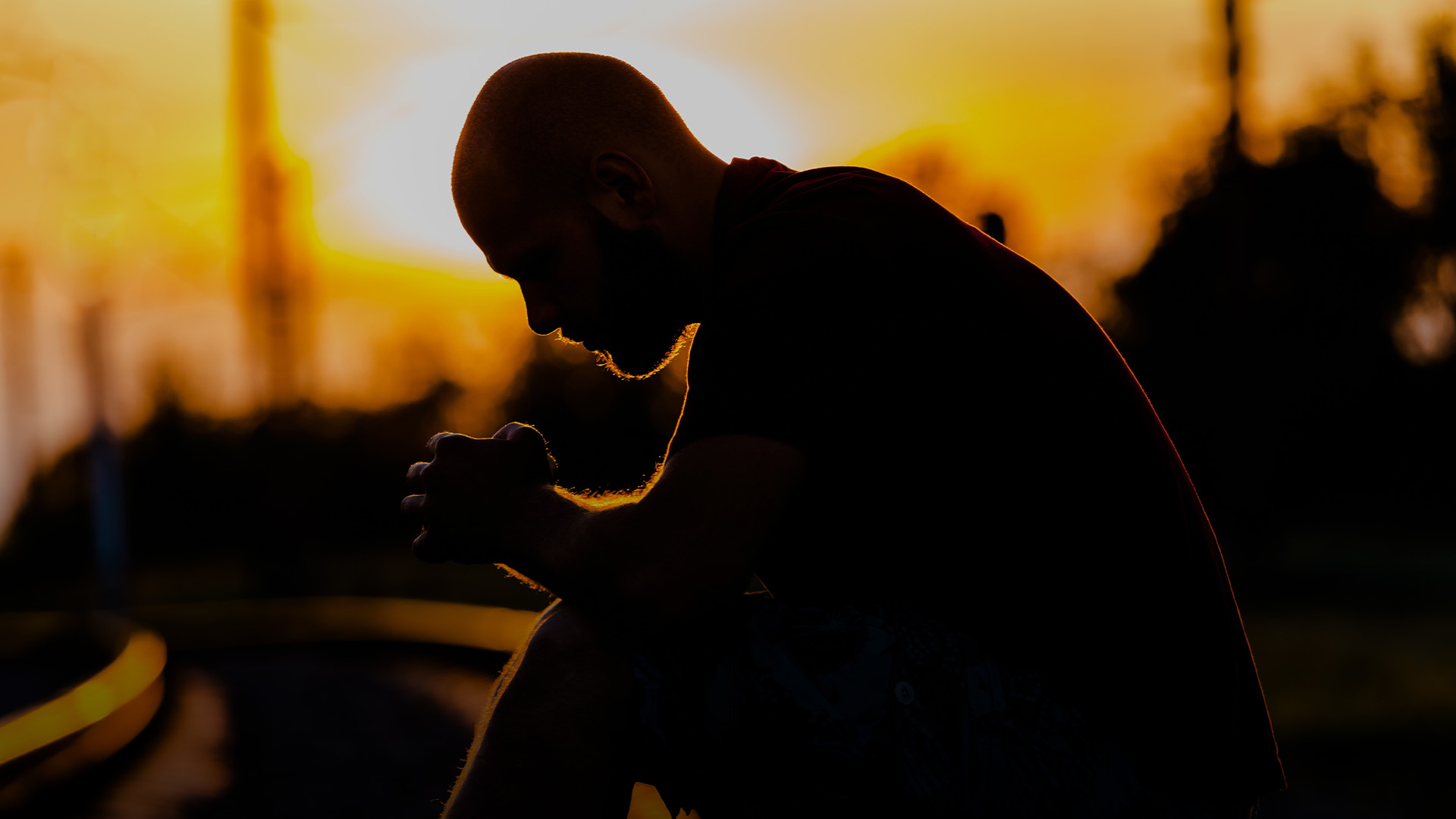 The Great and Terrible Command

God’s order for us to forgive those who harm us can feel unbearable to obey at times, but they are worse consequences if we ignore his commands.

Gary Leon Ridgway was a truck factory worker and a rigidly religious man, but in 2003, he would become known for something else altogether.

He was arrested outside the factory and would go on to confess to the murders of 49 women, many of whom were sex workers or young teenagers. The youngest had only been 14 years old. Most had been strangled, and many had been grotesquely abused after death. Ridgway was given the moniker Green River Killer by court journalists.

At his sentencing, families of the victims gathered at the courthouse, and the judge offered them an opportunity to speak. They were horrified, furious and grieving. Many lashed out at Ridgway as an unspeakable monster who had preyed upon their loved ones. The mounting evidence of how he had abused their daughters and sisters and wives was appalling as the family inevitably contemplated the horrors of those last moments for the victims.

Ridgway sat and listened to all of this with a cold, squinting stare. The lack of remorse in his expression drove some to greater vitriol and others to shocked silence.

At last, one man stepped forward. His name was Robert Rule. His daughter had only been 16 when she vanished. It had taken investigators four months to find her body; her mother and father had endured a harrowing Christmas not knowing where she was and then a crushing New Years, learning that she was gone.

Robert Rule stood before his child’s murderer, then he slowly said, “Mr. Ridgway, there are people here that hate you. I’m not one of them. You’ve made it difficult to live up to what I believe, and that is what God says to do, and that’s to forgive. And he doesn't say to forgive certain people. He says to forgive all. You are forgiven, sir.”

At this, Ridgway wept.

How Quickly Our Hearts Turn

In Matthew 18:23-35, Jesus told a story that would’ve shocked his listeners, as he was prone to do. He described a kingdom where the ruler called his servants to account for their debts. One man owed the equivalent of 20 years worth of wages, an incredible amount that would’ve been nearly impossible to pay off in a lifetime (particularly given how short people’s lives could be in that time).

The ruler was extraordinarily generous, however, and forgave the servant his massive debt. No sooner had the servant left, than he found another man who owed him a few months worth of wages. It was a modest debt that easily could have been paid off, but he began choking the man and demanded the money immediately. As soon as the ruler heard about this, he furiously summoned back the first servant.

“‘You wicked servant! I forgave you all that debt because you pleaded with me. And should not you have had mercy on your fellow servant, as I had mercy on you?’ And in anger his master delivered him to the jailers [torturers], until he should pay all his debt” (Matthew 18:32-34, ESV).

In a sermon on this very passage of scripture, David Wilkerson noted, “I started Teen Challenge 35 years ago, working with troubled people who have been forgiven so much, and I have noticed over the years that the hardest people on new converts are other new converts who are unforgiving on the newer converts.

“I can give you an example. Nicki and Israel, both gang leaders, and they got saved, and I sent them off to Bible school in La Puente, California.

“Two months later — I don't know if it was even two months — I got a call from the president who said, ‘We're going to have to release these two guys.’ I asked why, and he said, ‘They're fighting all the time, in the halls, everywhere, fighting.’ I got Nicky and Israel on the phone, and I said, ‘Of all the gall! Nikki, you used to fight until the blood would run. You guys were bloodied at times. You stabbed people. God forgave you.’ They weren't willing to forgive one another, and one fight was over Hershey bar,” David said incredulously. “Boy, did they get a lecture.”

As funny as the story is, it points to a serious flaw in all of us where one word or action can have us at another person’s throat in an instant. Some of us are more restrained than others, but we all have an emotional soft spot that if someone else hits it, our hearts immediately turn against them.

Forcing Others to Repent

Why do we tend to be so harsh on other people’s faults? If anyone says they don’t struggle in this area, they’re either lying to themselves or they’ve achieved ultimate earthly sainthood.

David Wilkerson pointed to a particular passage in the Old Testament that illustrates the answer. “Do you remember when the prophet Nathan came to David, and he gave him a story? He said, ‘David, there's a man that has a tremendous flock of sheep, and he had a visitor come to visit him, and rather than go and kill one of his own lambs, he goes next door and steals a pet lamb….

“And David — with veins stick out in his neck, I'm sure, and his fists clenched — can't wait for Nathan to stop, and he's trying to figure out, ‘Is it in Judah? Is it in Jerusalem? Is it in Jericho? Where’s the man live?’ He's thinking, ‘I'll get him.’”

Of course, David Wilkerson points out that at this juncture in the scriptures, David had just committed adultery with Bathsheba and been responsible for the death of her husband. He had dozens of wives and concubines, but he had gone and taken another man’s only wife and then killed that man to cover up the shame of the incident.

“How patient are you with yourself in comparison with your impatience when others around you have failed?”

We excuse ourselves for having a bad day, but we snap at those who were rude to us. In an argument, we often hit back with the same tone and threats that were leveled at us. We most often judge others with the same flaws that we harbor within ourselves.

How quickly do we lose our temper with those who fail us? Do we judge demanding clients or lackadaisical coworkers at our job? How fast are we to retaliate against our spouse when they do something that annoys us or hurts us? How patiently are we willing to wait for God to work repentance in another person’s heart rather than us trying to work them into penance?

The Spirit of Torment

After the story of the ruler and the bad servant, when the man had been handed over to the jailers, Jesus ominously added, “So also my heavenly Father will do to every one of you, if you do not forgive your brother from your heart” (Matthew 18:35).

This would seem to indicate that we may directly translate the story and its characters to ourselves. David focused on the identity of the jailers, “According to this parable, this impatient, unforgiving servant was turned over to the tormentors. Now, who are the tormentors now? These tormentors are not meant to kill because the debt still has to be paid…. The Greek word ‘tormentor’…means a torturer. Now we know the Bible says who the torture is very clearly. Fear hath torment.”

Believers who condemn others often struggle with anxiety about their own performances. They are usually extremely defensive when someone points out a mistake they’ve made or a failing in their character. They come across as hypocrites because they aren’t willing to offer the same grace and patience that they will demand from others. They can’t rely on relationships, and a certain fear begins to drive their actions and words.

“If you've got an unforgiving spirit,” David noted, “you're going to be turned over to this spirit. If you don't have patience, if you're not willing to forgive, I promise you this explains your lifestyle. You get up in the morning, and the heaviness is there. It's there all day long. There's no medication that can touch it. It'll be there when you go to sleep. It's there when you wake up. It's a spirit of fear. It's a heaviness. Nothing goes right. There is confusion. There is anger, and it lingers, and it lingers, and it lingers.

“There are people that come to me and pour out their heart and tell me all of these things that they're going through, and I try to pray for them, and I hit a brick wall. I'll tell you why: because I'm praying against that lack of patience. I'm praying against an unforgiving spirit, and it's a brick wall. I can't penetrate it, and God won't penetrate it. In fact, God has allowed it.”

This fear, he explained, comes from grieving God and is meant to drive us to forgiveness. Refusing to forgive is at the heart of pride, and that was the true original sin, the sin of Satan. We must forgive because we have been forgiven much, much more.