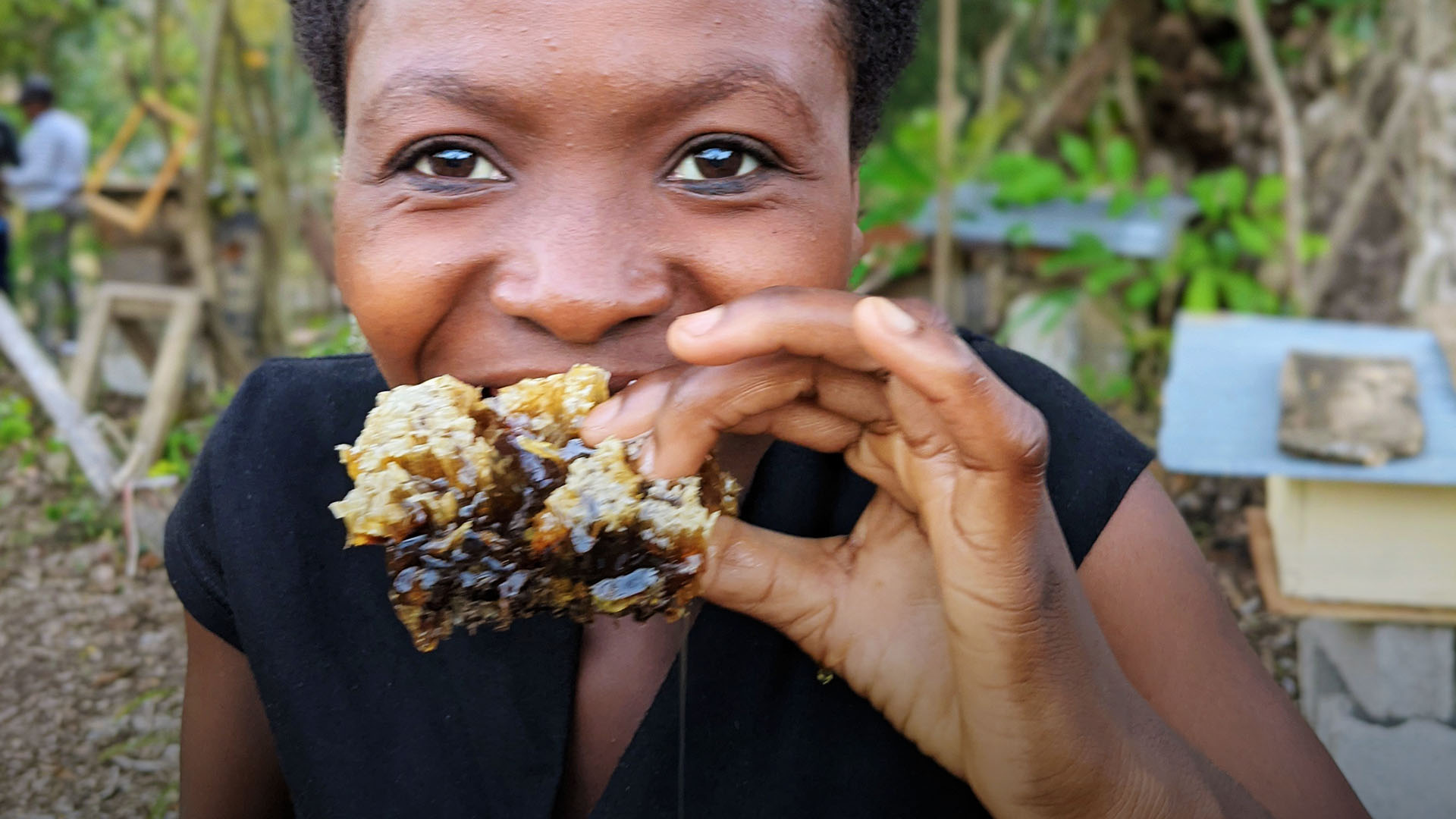 Care as Sweet as Honey

Community leaders in Haiti are reaching out to the younger generation to help them see a different future to which God is calling them.

CEO of the Global Fund for Women, Musimbi Kanyoro, spoke in a TED talk about the Maragoli concept of “isirika,” which is a mutual responsibility to care for one another.

This is when people see the value of each individual and celebrate their contributions, however small. This is when individuals make personal sacrifices to help one another, recognizing that one person’s health and success is a win for the whole community. This is when people embrace the everyday practice of being their brother or sister’s keeper.

“Imagine what it would look like if you embraced isirika and made it your default,” Kanyoro challenged her listeners. “What could we achieve for each other? For humanity?”

This cultural idea is born out of the biblical imperative of the Spirit to “Do nothing from selfish ambition or conceit, but in humility count others more significant than yourselves. Let each of you look not only to his own interests, but also to the interests of others” (Philippians 2:3-4, ESV).

Learning from the Bees

In Haiti, World Challenge’s partners have been working toward addressing deeply enmeshed poverty and reliance on outside aid in addition to a sense of fatalism about the future’s prospects.

“Haiti became the first independent state of Latin America and the Caribbean in the early 19th century and first Black-led Republic when it threw off French colonial rule,” Reuters noted.

“It should be a beacon of freedom, historians say. Instead, the toll of the war for independence and successive foreign interventions, as well as natural catastrophes like a major 2010 earthquake have contributed to instability, weak institutions and a blighted economy dependent on aid.”

These issues could seem overwhelming. It will take a powerful and present God, older generations reaching out and mentoring the younger generation, and the dedication of an entire community to show Christ’s care to one another to heal these wounds. World Challenge’s partner Osse St. Juste has faithfully begun working toward seeing this realized in his community.

His team mentors teens and young adults, and one activity took them up to a honeybee farm. Seven leaders and twenty youth trekked out of the community to the top of a ridge where the bees are kept.

The whole group’s anticipation built as they approached the hives and began hearing the ominous hum of the bees hard at work. A few of the braver youth cautiously followed Osse to the hives. The larger group stood a little farther away, watching with great curiosity. Within a few minutes, the older gentlemen who tend the bees invited the young adults who had ventured closer to put on suits and start helping them change out the sections inside the hives. These ‘drawers’ were covered in the bees’ wax and dripping with honey.

While the older beekeepers patiently instructed their young charges, Osse noted, “One of the most impressive to watch was one of the girls who had absolutely no fear!  She was the catalyst that eventually drew half of the group closer to the hives.”

The Path Before Our Feet

Many of the young adults were excited to taste honey straight from its source and felt like the experience was opening up their understanding of where their food was sourced and different types of work that are available to them. Osse said, “It was so much fun to see the excitement of some of the youth as they learned how to tend the bees and gather the honey.”

He added, “All of this was made possible because of a beekeeping grant that was given by World Challenge last fall.  Not only is the bee program expanding in the surrounding areas providing honey, income and pollination, but who knows what impact will come from a small group of youth that visited these hives?”

Every country’s challenges are at once wildly varied, molded by history and unique culture, and also familiar, stemming from similar roots of pain, selfishness and sin. As World Challenge teams like Osse’s enter communities, they must balance this seeming dichotomy. The seed of so many issues is the same, but the ways it is addressed requires almost boundless creativity and sensitivity to the needs of each community, indeed each individual.

One of Osse’s goals has been helping the youth in the community understand how they are all created uniquely by God and the plans that he has for their lives. Then they will live in the truth of the verse “How sweet are your words to my taste, sweeter than honey to my mouth!” (Psalm 119:103, ESV).