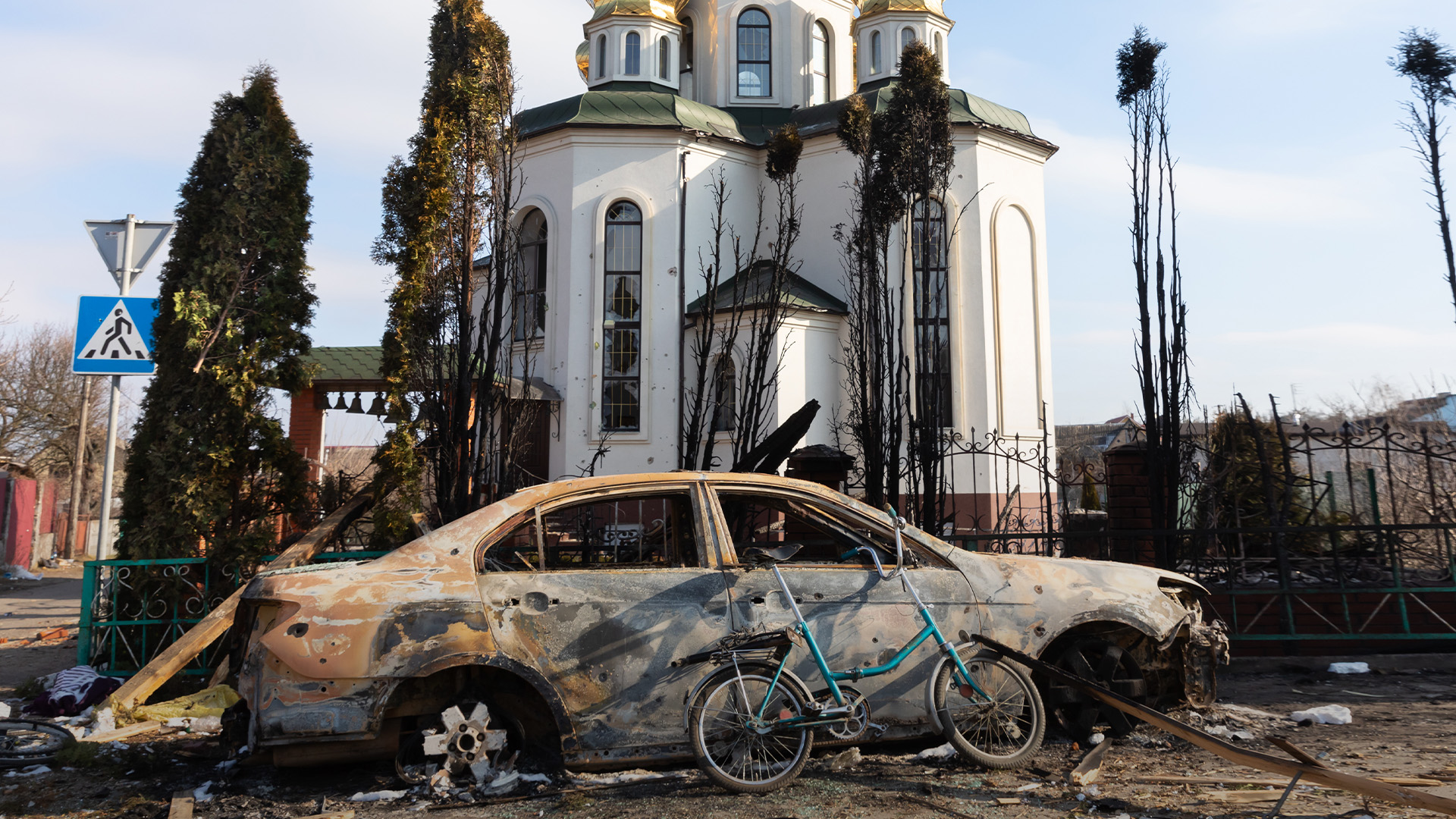 One of our partners in Ukraine, Mir, sent us a quick update about their recent convoys to bring relief supplies into the country, specifically the cities Myrnohrad and Mykolaiv.

The team told us, “Deliveries of humanitarian aid were successful, but the need is still so overwhelming. We had some very close calls as both cities had active bombing the entire time, even during distribution and church services. Russia is attempting now a full scale seizure of remaining Donbas region.”

During Russia’s May 9th Victory Day Parade in Moscow, Putin cried out, “For Russia! For Victory! Hurray!” The 48 hours before Victory Day were marked by a significant uptick in low range, less targeted bombings all around Ukraine that seemed largely random, but Russia’s attempts to take over as been largely thwarted. As The Economist noted, “After more than two months of fighting even Mariupol, a port city that has been pounded by every conventional weapon imaginable, is not entirely in Russia’s hands.”

Our partners shared, “Many Ukrainians are returning from neighboring countries, simply hoping the war will be isolated to the East. It is clearly not.”

Throughout the war, though, many of our partners and the people they serve have witnessed God’s mercy and protective hand over them. One man named Valerii testified, "God miraculously stopped our driver’s car, which was traveling to the last meeting point. In three minutes, a missile fell down to the place where they were supposed to be. There were two volunteer girls, waiting for them right at that moment. One of them lost her leg, and the other heroically dragged her to the bomb shelter. Both survived. Pray for Ukraine."

One of the volunteers named Sergey who has been working in a town called Nikolaev described their situation and the ongoing work. "Not everyone can come to this city, but thank God we were able to! There are a lot of people in need: abandoned elderly and disabled people for whom there is no care, mothers with children, lots of refugees, hospitals without medicines. All Nikolaev has been without water for almost two weeks. Constant shelling, even during the church service, could be heard. We brought about seven tons of food, and we received a lot of thanks and testimonies!”

Mir has been sponsoring medicine packets and conveys into the country while aid and volunteers have come from all over. In the city of Mykolaiv, a local church was packed during an emergency service to distribute relief packages, even though the bombing and attacks continue to be severe.

The work continues despite gun fire and constant danger as many locals are determined to trust the will of God in this situation.

Mir’s team told us, “We have been working to acquire and prepare to send more humanitarian aid into some Eastern Ukraine villages where we still have volunteers that serve widows.

“Thankfully, just yesterday another two to three tons of food was delivered to Myrnohrad. Please pray for wisdom, for timing. These are our friends driving, and the next trip of two vans will include our own personal van in Ukraine and one a missionary friend purchased from Germany. Fuel is once again becoming difficult to get, with limitations on daily purchases and Ukrainian infrastructure strained from all the bombings.”

While the crisis in Ukraine goes on, we are continuing to support our partners there. We want to thank you for your prayers and gifts to help the people not only surviving in Ukraine but also our partners working with the refugees from this conflict both in Europe and the United States.