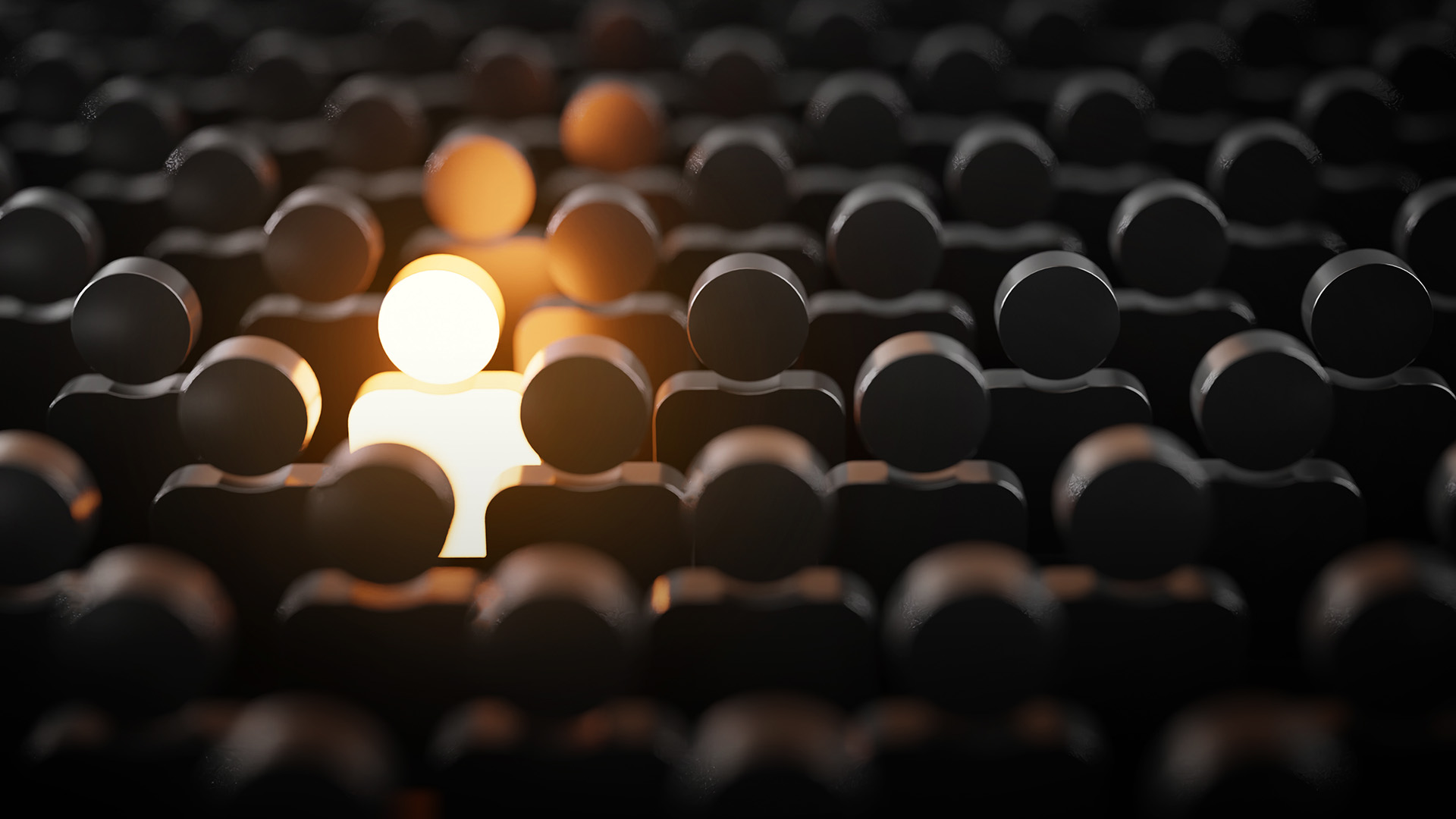 Blend In or Stand Out?

As Christians, we often struggle with the dilemma of cultural relevancy pitted against cultural ‘purity.’ How do we honor God while living in a society that definitively does not?

Individuality is viewed very differently in the Middle Eastern and Asian world than the West. The Eastern mentality is probably best summarized in an old adage that is ubiquitous throughout this part of the world: “The nail that sticks up gets hammered down.”

As one academic paper noted about Asian culture in particular, “Standing out in a way that reflects poorly on the group, or causes the group to ‘lose face’, frequently leads to intense feelings of shame. For these reasons, those with body types, physical appearances, or physical disabilities that deviate too far from the norm may experience not only their own disappointment but also the disapproval of their family or community.”

Western culture often swings the opposite direction. The extreme individualism has come with its own cost, though. As senior editor Julie Beck wrote, “When it comes to romance, Americans are freer than they’ve ever been. Freer to marry, freer to divorce, freer to have sex when and with whom they like with fewer consequences, freer to cohabitate without getting married, freer to remain single, freer to pursue open relationships or polyamory. But what if the price of freedom is loneliness? Would you pay it?”

In the West, people tend toward belligerently demanding their rights and then being bewildered when they find themselves alone because they’ve driven everyone else away. In the East, people often lean toward smothering idiosyncrasy because no one wants the boundaries of homogenous communities and others’ comfort disturbed.

In truth, though, these is some element of petulant individualism and suffocating collectivism in every society, including the church; but that’s not how God’s culture works.

Most Christians focus on the high points of Daniel’s life, his explanation of the king’s. dreams, how God spared him in the lion’s den, his calling another king to repent based on God’s hand writing on a wall. We extoll Daniel’s faithfulness in prayer and his three friends’ bold refusal to worship an idol even in the face of a certain fiery death.

What we don’t consider is how Jeremiah’s story intersects with Daniel’s. Mark Renfroe, World Challenge’s Chief Missions Officer, commented, “Jeremiah was the one who was preaching about a coming dislocation where God is going to bring judgment Judah that will lead to an exile. …Meanwhile, the false prophets were saying, ‘It’s not going to happen! God would never let this land fall into the hands of pagans. For one, this is his land; he gave it to us. Second, his house is here.’ They even started using ‘The house of the Lord! The House of the Lord!’ almost like an incantation.”

The people of Jeremiah’s day, Daniel’s parents’ generation, were convinced that since they were the Lord’s people, even in their disobedience, God would never let anything bad happen to them. Well, God proved to be more interested in his people’s holiness than their security.

Daniel and his friends were quite young when Jeremiah’s prophesied judgment arrived. They probably witnessed their home being destroyed and were taken as slaves to a foreign land where it’s strongly implied that they were made eunuchs. No indication is given that any of them ever married or had families, and they died in service to the man and his children who decimated their nation and families. They weren’t even allowed to keep their own names. “Among these were Daniel, Hananiah, Mishael, and Azariah of the tribe of Judah. And the chief of the eunuchs gave them names: Daniel he called Belteshazzar, Hananiah he called Shadrach, Mishael he called Meshach, and Azariah he called Abednego” (Daniel 1:6-7, ESV).

All of their birth names are mentioned elsewhere; they didn’t forget their heritage, but whenever a Babylonian called them by their foreign names, they didn’t protest or correct anyone on the matter. Although they had every reason to be rebellious, we see none of that in their behavior.

“One thing that comes across,” Mark noted, “in the behavior of all of these men is a spirit of gentleness. They are living as captives in a pagan world, and yet they understand that you accomplish nothing with bitterness.”

Reflecting on this verse, Mark Renfroe noted, “Two polar opposites that people, even kingdom people, tend to be drawn toward is either the compromise of deep cultural relativism where they just adopt the world’s standards — in their efforts to become ‘like’ the world, they become the world — or the opposite extreme is to pull out of the culture completely like the early monastic movement where they completely withdrew from the world.”

He mused, “We see both of these trends in the church today, Christians who are indistinguishable from the world and its values and then those who, in an effort to be holy, become wholly separate. But we are called to live in this world and make a difference.”

This seeming dichotomy is captured in many of Jesus’ sayings to his followers. Christ clearly told his disciples, “You will always have the poor with you” (see Matthew 26:11); however, he also told his followers to minister to the poor (see Luke 14:12-14). Christ said, “You will have wars and rumors of wars” (see Matthew 24:6-13) and yet he also said, “Blessed are the peacemakers” (see Matthew 5:9). Isn’t it slightly bizarre that he would bless those forge peace between factions while acknowledging that the world would constantly be embroiled in conflict? We’re called to care for the poor, but the Bible underscores the fact that humanity will always be haunted by poverty. It appears as if God is giving Christians a Sisyphean task.

On this very topic, Mark noted, “We live in the tension of the in-between. We live in this world as citizens of another world.” In fact, we see this delicate balance with Daniel and his friends right after their names were changed. “Daniel resolved that he would not defile himself with the king's food, or with the wine that he drank. Therefore he asked the chief of the eunuchs to allow him not to defile himself” (Daniel 1:8). “He didn’t go demanding his rights,” Mark said. “Why? He didn’t have any; he was a slave. We’re children of God, yes, but we’re also loved slaves of God. Guess what? Slaves have no rights. The ‘rights’ of servants is based entirely on the goodness or evil of their master.

“Fortunately, God is our master. Therefore, we can trust that we will be cared for. When we live in the ‘in-between’, we may face difficulty. God did not protect Daniel and his friends from exile.”

Living as an exile with a mindset based in God’s Kingdom is probably best described in Jeremiah’s instructions to the exiles in Babylon, words that Daniel too may have very well read. “Thus says the Lord of hosts, the God of Israel, to all the exiles whom I have sent into exile from Jerusalem to Babylon: Build houses and live in them; plant gardens and eat their produce. Take wives and have sons and daughters; take wives for your sons, and give your daughters in marriage, that they may bear sons and daughters; multiply there, and do not decrease. But seek the welfare of the city where I have sent you into exile, and pray to the Lord on its behalf, for in its welfare you will find your welfare” (Jeremiah 29:4-7).

We may well take these instructions for ourselves, no matter where we live in this world. The Apostle Peter addressed the church as “elect exiles” (see 1 Peter 1:1) before instructing them, “Therefore, preparing your minds for action, and being sober-minded, set your hope fully on the grace that will be brought to you at the revelation of Jesus Christ. …as he who called you is holy, you also be holy in all your conduct” (1 Peter 1:13-15). This wasn’t a call to seclude themselves from their societies, though. Far from it. Shortly after, Peter gives instructions for believers’ active engagement with the world. “In your hearts honor Christ the Lord as holy, always being prepared to make a defense to anyone who asks you for a reason for the hope that is in you; yet do it with gentleness and respect” (1 Peter 3:15).

Mark explained, “If we try to bring Israel to where we live, we will try to bring change through systems and government. If we understand that this is Babylon, we will realize that we are the change. We have a different set of values, and we have to be comfortable with that. …Today in Christian world, we often find ourselves muted. We allow the enemy to cut out our tongues, so we don’t say anything. Or it seems like we go to the opposite end where we become belligerent. May I remind you of the proverb that says, ‘A brother offended is more unyielding than a strong city’ (Proverbs 18:19)?”

“How many of us, if tomorrow the government came in and took our homes, would spend the rest of our lives in bitterness because of what got taken away from us? It would certainly be a temptation. The only thing that fights against that is when you realize that your citizenship is not here. We serve a different king.”

We are to be bold witnesses, but we are also to do so in a spirit of gentleness. We are to be in society but not a part of the culture. We are to pursue Christ and allow him to make us the change we long to see, even if it costs us everything.