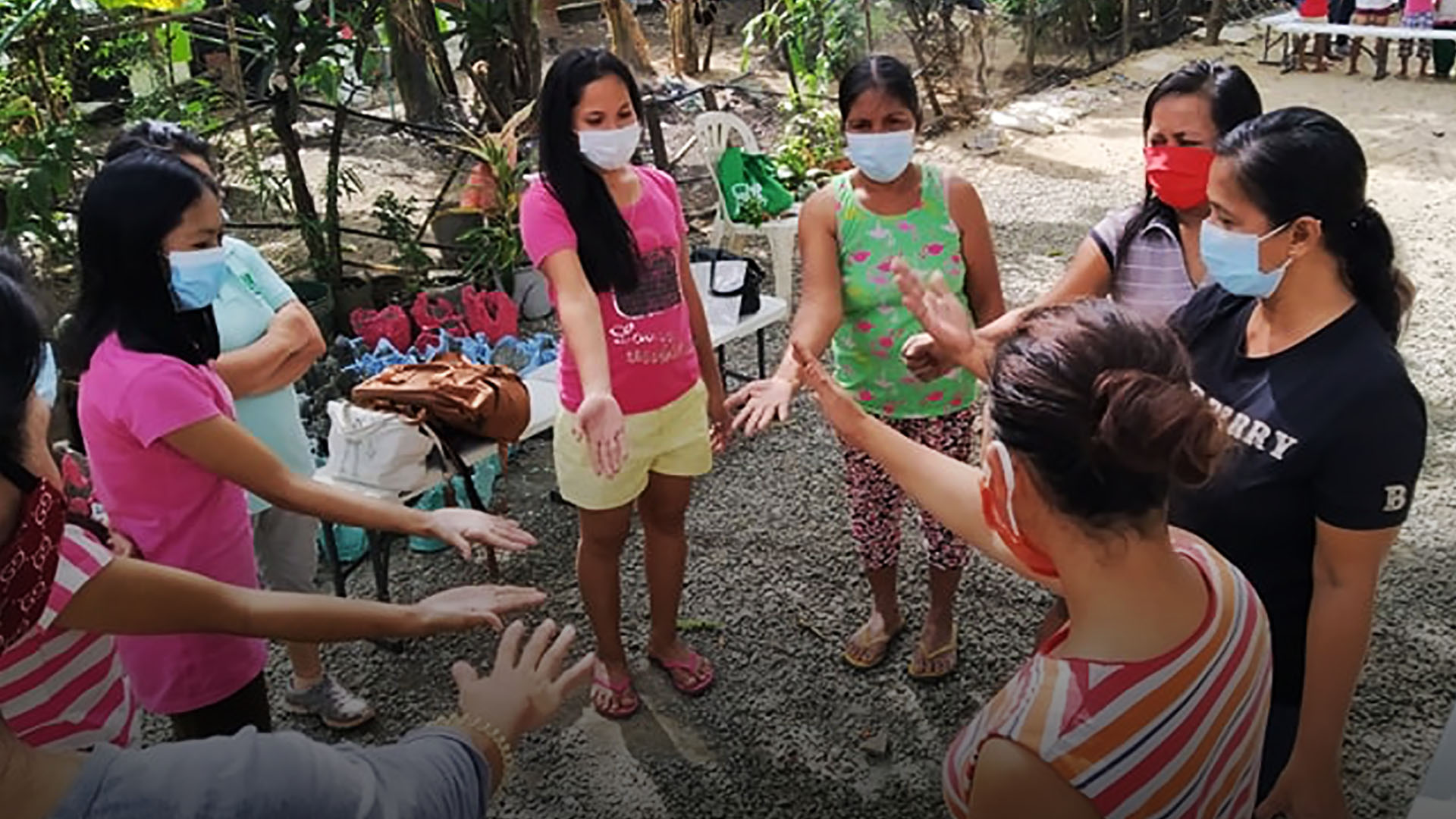 All the Signs of New Life

Distance, struggles, pain and Satan’s lies can cause us to question God, our faith, and our impact for the kingdom of heaven.

As a trainer and facilitator of poverty solution teams in Southeast Asia, I sometimes ask myself, “Are we impacting and transforming lives? Is the kingdom of God actually working through us to push back the darkness and bring forth hope, abundant life and reconciliation?”

The answers to these questions are in the signs of new life.

In 2018, our Filipino team began investing in a community an hour outside of Metro Manila called Gulod. On the edge of the community, a decrepit bamboo walkway stretched across a muddy plot about a football field in length. In a way, the muddy field and run-down bridge reflected a deeper spiritual and relational brokenness. The 10 to15 homes there were small, one-room shanties surrounded by a muddy, trash-strewn plot. The husbands, mostly day laborers, were away in the city six days a week in order to scrape together a living for their families. The wives spent most of their days playing cards and looking after the children.

On my first visit to the community, we were approached by the family of an older gentleman. The family asked if we could pray for him because he had an unknown disease and was on death’s doorstep.

We crowded into his humble home, along with a neighbor woman who just wanted to see what all the hubbub was about. The small room was packed elbow-to-elbow, but we laid hands on the man and prayed for God’s healing touch. Nothing seemed to happen.

We left that day without seeing the man healed in any tangible way but holding on to hope that God would do a miraculous work in his body.

Despite some of the community’s rough corners, Gulod’s situation was hardly helpless. They had very clear strengths: an energetic champion named Irene and a hunger to grow.

Throughout 2019 and 2020, our team spent time with community members, praying for their needs, listening to their hearts and facilitating the creation of dream maps for their community. Dreams and visions are so critical for change. Scripture says, “Where there is no vision, the people perish” (Proverbs 29:18, KJV). Vision brings hope. They help provide a unifying direction, motivation for action and local ownership.

During this time, two community dreams came to fruition: rebuilding the bamboo bridge as well as improving muddy pathways and roads throughout the community. Both projects were chosen and accomplished with local resources and labor. The man on his deathbed whom we’d prayed for earlier fully recovered after we left, and he led most of the work on the bamboo bridge!

That bamboo bridge is so much more than just a physical means to cross a muddy field. The families across the muddy field represented the uneducated and poorest of the poor in that community. They often felt looked down upon by the rest of the community. The completion of this effort by their own hands was fueled by a realization of their God-given gifts and potential.

The bridge represented dignity, reconciliation and hope to those who had once felt like outcasts.

Lives Lifted Up and Transformed

Along one border of the Gulod community lies a towering concrete wall. The residents living along this wall hear inhuman screams, songs and cries every day because on the other side of the wall is the Avalon Zoo.

While the zoo is the source of some truly bizarre smells and sounds, it has also provided a livelihood for some of Gulod’s residents. One named Edang worked at the zoo for 14 years until Covid shut it down and she was left jobless. Shortly after, Edang attended a community meeting hosted by our local team, and she received the gospel. She also learned how much God cared about all areas of her life and how he had given her unique, untapped assets to thrive.

With these new insights on God’s purposes, she came to the community’s vacant lot that was full of trash and rolled up her proverbial sleeves. She pulled the shoulder-height weeds, hauled out the garbage and turned the lot into a flourishing vegetable garden.

Edang didn’t stop there, though. She found five other families and brought them with her to tend the garden, creating not only a source of nutritious foods but also a means of livelihood for struggling families. More than 19 people started benefiting from what was once a derelict dumpsite.

Feet That Carry the Gospel

Sadly, a typhoon in mid-2020 struck Gulod with a vengeance, flooding the community and wiping out Edang’s garden.

This major setback, though, did not stop Edang. After the floods came, she started growing ornamental plants above ground. She crafted cement and old clothes into creatively designed pots. Her neighbors took notice and started following suit. Now people visit from outside their local community to buy these plants and pots. God’s provision through the soil is once more providing a livelihood for many people in Gulod!

Edang’s creativity, skill and example have become such an asset to her community. Others are now following her example in gardening, home clean-up and beautification of their neighborhood.

When we wonder if our efforts are having impact, if the Kingdom of God is really changing lives and expanding, we can look for signs of new and growing life in Christ. The reports I receive from the Philippines are deeply encouraging in this way. Clearly God is doing something big there!

Thank you for standing with us in this work through your prayers and support.