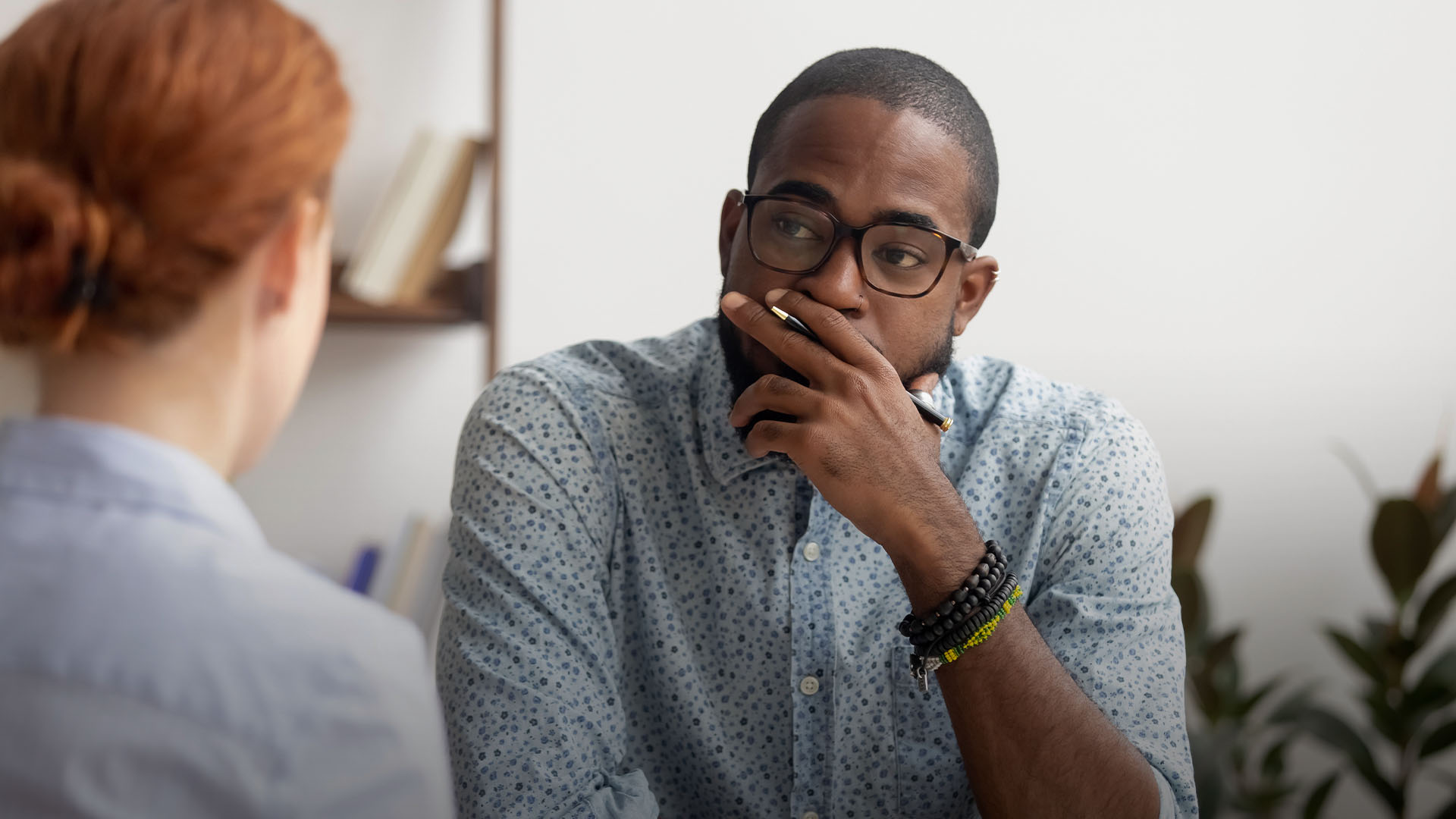 Are You Actually Listening?

As we go through life, how often do we really take time to love and care for others, especially those people we don’t like very much?

Franklin D. Roosevelt took the office of president in the middle of the Great Depression and then lead the United States through World War II. While he was helming the nation through one of its hardest decades, he was struggling with partial paralysis as the result of polio.

His painful physical rehabilitation allowed him to regain the ability to walk, but he would always require a wheelchair for anything beyond short distances. He could not dress or bathe himself and needed steel leg braces in order to stand.

The extent of his difficulties was not revealed to the public until after his death.

The polished exterior of their president that was manicured for the American public left the man behind the shell lonely and weary at times. One particular story about Roosevelt showed how the humor but also isolation of the individual peered through the cracks in the lofty position. On this occasion, Roosevelt decided that the many guests and dignitaries at the White House were not actually listening to him or possibly anyone else.

He decided to conduct an experiment. The guests trooped in and lined up to shake the president’s hand. To each, Roosevelt smiled through the pleasantries and said, “I murdered my grandmother this morning.”

Guests responded with “Marvelous!” “Keep up the good work.” “We are proud of you, Mr. President.” “God bless you, sir!”

The queue was winding through. Roosevelt shook the ambassador from Bolivia’s hand and delivered his line. The ambassador hesitated then leaned over and whispered, “I’m sure she had it coming.”

Love God and Tolerate Others

How often do we not really listen to the people in front of us? How often do we barely even see them? This isn’t about asking trivia questions like “What color were the eyes of the cashier who just checked you out?”

This is about taking a moment to connect with the people in your life, the person making coffee in your kitchen this morning, the person in the cubicle next to yours, the person who sits next to you at church.

“I think we have high Christology and low Ecclesiology,” Tim Dilena, pastor of Times Square Church and World Challenge board member, explained. “We believe Christ our intercessor…. Christology, the study of Jesus, means we believe everything comes from him, our salvation, our wisdom, our righteousness. But the danger is in the midst of high Christology to have low Ecclesiology, how important the body of Christ is, the very people you work with… the very people who are part of your lives…

“Jesus didn’t say, ‘Love God and tolerate other people,’ I only love God as much as the person I like least.”

Perhaps we’re able think about that obnoxious individual we know with equanimity, even a dash of generosity in our better moments. Spending time with them — confronted by their fussy habits, poor personal hygiene or grating political opinions — brings all of our distaste to the surface again.

Imaging God as this unlikable person seems heretical. God would never accidentally spray my face with spittle while talking too enthusiastically about some weird TV show.

Whatever we may feel, though, the Bible’s commands do not change. It clearly commands us to walk step-in-step together and care for one another, regardless of our personal preferences.

“Put on then, as God's chosen ones, holy and beloved, compassionate hearts, kindness, humility, meekness, and patience, bearing with one another and, if one has a complaint against another, forgiving each other; as the Lord has forgiven you, so you also must forgive. And above all these put on love, which binds everything together in perfect harmony. And let the peace of Christ rule in your hearts, to which indeed you were called in one body. And be thankful” (James 3:12-15, ESV).

Driving in a Hard School

The problem with connecting to people who are around us is that they’re not always the most pleasant. They complain about personal problems that no one else cares about, and they have annoying habits like chewing really loudly at lunch or singing off-key in church or always smelling like cigarette smoke or reading their emails out loud sotto voce.

These are the people we are meant to love.

C. S. Lewis wrote in Mere Christianity, “We must, therefore, not be surprised if we find among the Christians some people who are still nasty.

“There is even, when you come to think it over, a reason why nasty people might be expected to turn to Christ in greater numbers than nice ones. That was what people objected to about Christ during His life on earth: He seemed to attract ‘such awful people’. That is what people still object to and always will….

“There is either a warning or an encouragement here for every one of us. If you are a nice person — if virtue comes easily to you — beware! Much is expected from those to whom much is given. If you mistake for your own merits what are really God’s gifts to you through nature, and if you are contented with simply being nice, you are still a rebel: and all those gifts will only make your fall more terrible, your corruption more complicated, your bad example more disastrous. The Devil was an archangel once; his natural gifts were as far above yours as yours are above those of a chimpanzee.

“But if you are a poor creature — poisoned by a wretched upbringing in some house full of vulgar jealousies and senseless quarrels — saddled, by no choice of your own, with some loathsome sexual perversion — nagged day in and day out by an inferiority complex that makes you snap at your best friends — do not despair.

“He [God] knows all about it. You are one of the poor whom He blessed. He knows what a wretched machine you are trying to drive. Keep on. Do what you can.

“One day (perhaps in another world, but perhaps far sooner than that) He will fling it on the scrap-heap and give you a new one. And then you may astonish us all — not the least yourself: for you have learned your driving in a hard school.”

If we aren’t someone who is hard to love (or would like to believe that we’re not hard to love), then we must contend with the verse “Go and learn what this means, ‘I desire mercy, and not sacrifice.’ For I came not to call the righteous, but sinners” (Matthew 9:13) and “Be merciful, even as your Father is merciful” (Luke 6:36). Those are some starchy commands for someone who’s already arrived at ‘good’ and ‘lovable’ and still has to deal with the unwashed masses.

Who Is the Difficult One?

Perhaps, as Lewis pointed out, God has gifted us with an easy temperament that doesn’t tend to offend others. Perhaps we had a balmy childhood where we were trained to have certain social skills that have paved a smooth road for us in adulthood.

This hardly makes us less in need of redemption. The danger is that we often start to believe that our own façade is real.

The Pharisees fell into this trap, and Jesus called them out on it. “Woe to you, teachers of the law and Pharisees, you hypocrites! You build tombs for the prophets and decorate the graves of the righteous. And you say, ‘If we had lived in the days of our ancestors, we would not have taken part with them in shedding the blood of the prophets.’ So you testify against yourselves that you are the descendants of those who murdered the prophets” (Matthew 23:29-31, NIV).

If we’re so convinced that we’re already all sanctified and good to go, that doesn’t leave much room for God to work without him having to break down some of our walls of denial with a sledgehammer.

If by some minor miracle you have that easy personality, good manners and lively awareness of your own need for grace, then you’ve been given great gifts, and God will ask one day for an accounting of how we have used his gifts to glorify and serve him (see Matthew 25:14-30).

That’s some serious responsibility to love others well.