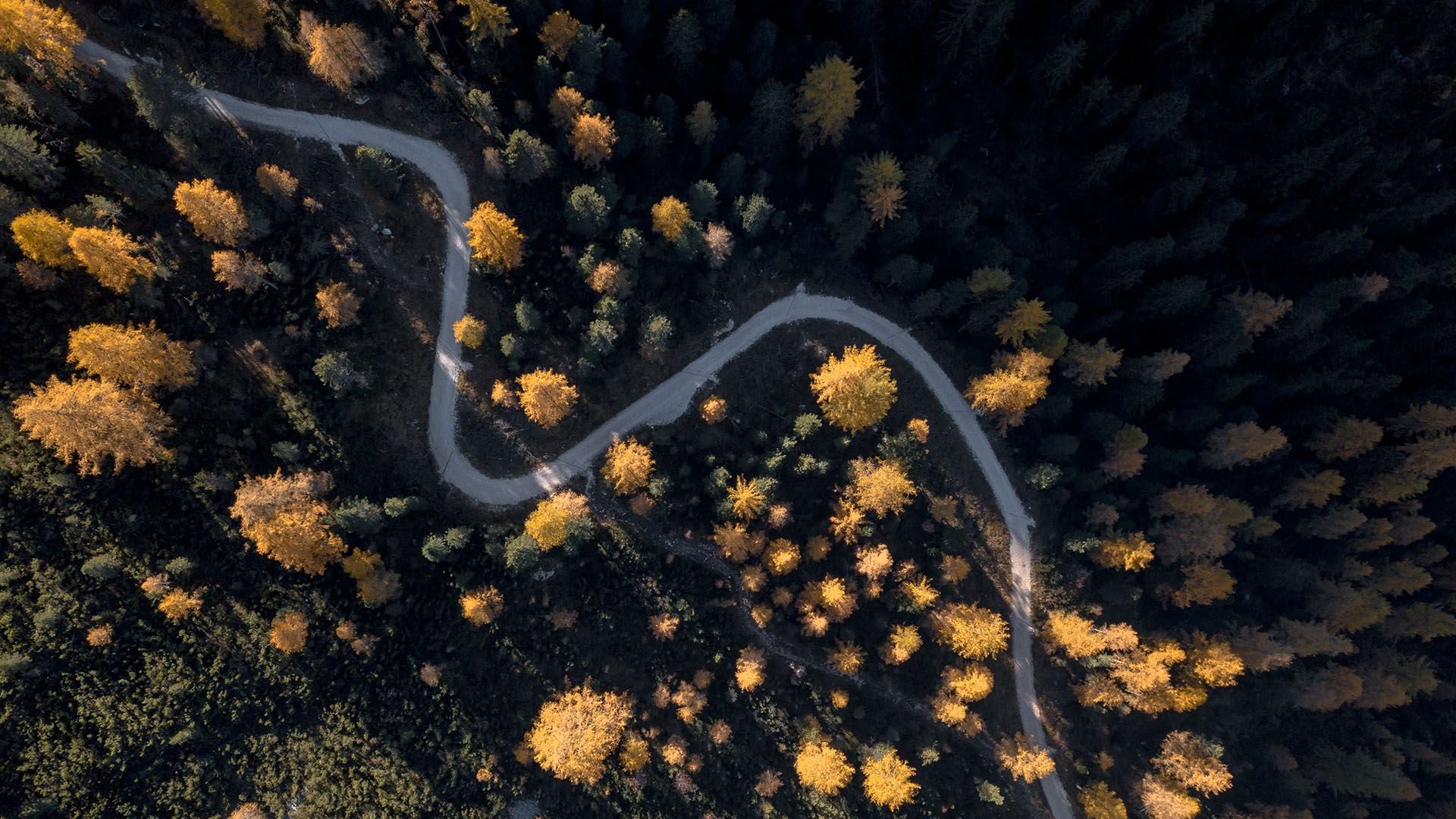 Who Can Make That Straight?

Many Christians experience a turn in their lives they never see coming. When it arrives, it causes an ongoing trial they couldn’t imagine in their worst nightmares. Their life was on a blessed course, maybe one of ambition and achievement, desire and fulfillment, pursuing the things they feel God made them for. Life itself seemed like a straight line forward with a promising outlook and every good thing ahead. Then their lot in life took a crooked turn.

Centuries ago, a church leader named Thomas Boston described this in a book he wrote, The Crook in the Lot. The “crook” he describes is the serious turn away from the straight “lot” of life. The book tackles a serious subject, posing the question “What can make straight the crook in our lot?”

Some lots can be made straight, but what about those whose crook dashed their dreams?

You may object to this question, saying, “God would never bring a permanent crook into the straight path of his children. That has to be Satan’s work.” No, Jesus says that such crooks are a part of life: “In the world you will have tribulation” (John 16:33, ESV).

In fact, scripture makes clear that the most important matter in our life is not the thing that takes a crooked turn, not our financial wellbeing, not our spouse or children, not our health. The greatest thing we’ll ever have is an intimate, personal, loving relationship with Jesus as part of his body. Nothing takes precedence over this relationship, for it encompasses everything about us. “The God in whose hand is your breath, and whose are all your ways” (Daniel 5:23).

Even Job, who endured agonizing losses, accepted this truth. “But he is unchangeable, and who can turn him back? What he desires, that he does. For he will complete what he appoints for me, and many such things are in his mind” (Job 23:13-14).

The question for each of us, including all who have experienced a crook, is “How does this affect my relationship with Jesus?” For the Christ follower, the answer is found in an additional question: “Do I desire whatever leads me on the course of loving, worshiping, serving and honoring him even if it’s hard and painful? I know I am in his hand no matter what crook I face. Am I willing to allow God—even to welcome him—to do whatever he chooses to my lot, according to his will?”

By definition, a crook affects every aspect of our life.

If our life takes a crooked turn from its straight course, everything is affected. Our whole being has been turned in a completely different direction. The pain we experience as a result is all-encompassing, affecting us mentally, emotionally, relationally and possibly physically.

Paul was so deeply affected by one of many crooks in his lot that he said Satan had to be involved. “A thorn was given me in the flesh, a messenger of Satan to harass me” (2 Corinthians 12:7). All of us have experienced such “thorns.” You could be a gifted CEO leading a visionary business meeting, but if a splinter is embedded in your thumb, nothing will free you of the painful throb pulsing through you as you speak.

This must be what Paul experienced, and we have to wonder why God would allow it. Paul was an anointed, persuasive preacher whose bold leadership and sacrificial example brought the power of Christ’s gospel to nation after nation. Simply put, Paul was probably the most effective voice for Jesus Christ in the world at that time. With Christianity only a few years old and confined to a small number people in a tiny region of the world, why would God allow Paul’s work to be hindered?

Paul makes clear that even though his thorn came from the enemy, it served an intention of God. He even named that intention: “to keep me from becoming conceited because of the surpassing greatness of the revelations [I have received]” (12:7). Paul’s ministry was so powerfully anointed that God had to restrain him. Without that restraint, Paul suggested, the result might have been deadly pride.

We only need to look around at so many fallen pastors over the years to know God’s mercy was behind Paul’s thorn. When it came to the crook in his own lot, Paul understood it had a purpose. He knew that no matter what happened to him—and just about everything did happen to him—it came from the hand of the Father whose love for him was never in doubt.

Paul expressed this to the Romans in a phrase that multitudes of Christians around the world today know by heart. “And we know that for those who love God all things work together for good, for those who are called according to his purpose” (Romans 8:28). Paul even described this “good” in his letter to the Ephesians. “In him we have obtained an inheritance, having been predestined according to the purpose of him who works all things according to the counsel of his will” (Ephesians 1:11, my emphasis).

A crook may bend our life in an unpleasant direction, and in some cases, it may look as if the crook has no good purpose at all. Yet Paul assures us that if God has allowed it to happen, he is at work doing something eternally good, building up for us a glorious inheritance.

The one who endured the greatest crook in history modeled our response for us.

Of course, Jesus provides our response to the crooks of life. He prayed in the Garden of Gethsemane, “Not as I will, [Father,] but as you will” (Matthew 26:39).

This phrase—“Not my will, but yours”—is something Christians often quote when they’re looking for direction from the Lord. Some pray it casually, as if to mean, “Lord, I don’t care either way.”

When Jesus prayed this, it was no casual occasion. He was facing crucifixion, the most horrible death imaginable. Yet he wasn’t being stoic through this prayer. In fact, he had just prayed to be spared from the cross. “My Father, if it be possible, let this cup pass from me” (26:39). Jesus was asking for a straight path, not the crooked lot that God had laid before him.

If anyone deserved a pass, it was the Savior of the world who lived a perfect and sinless life. Nevertheless, Jesus peered into the cup, gazed at the horrible dregs of every human sin contained there and took their impossible burden upon himself.

In America, we live with an unspoken belief that there simply should be no cup, crook or turn in our path, especially if we’re Christians; and yet Jesus drank fully the cup that the Father presented to him. The “crook” in Jesus’ lot might have looked cruel, but it was actually the Father’s goodness at work to our salvation for eternity and to an abundant life here on earth.

To an onlooking world, Christ’s death must have looked like a waste, a folly.

Paul states that the “folly” of the crucifixion reflects the wisdom of God. “For since, in the wisdom of God, the world did not know God through wisdom, it pleased God through the folly of what we preach to save those who believe. …we preach Christ crucified, a stumbling block to Jews and folly to Gentiles, but to those who are called, both Jews and Greeks, Christ the power of God and the wisdom of God” (1 Corinthians 1:21-24, my emphasis).

Our Father is in control of every crook in our lot, just as he was over his Son’s. Therefore, if he controls the beginning of our crook, he also controls its purpose and end. Our crook may be irreversible—a death, a wound, a disability—seemingly ending all our dreams. Yet our crook is not the end of God’s plan for us.

The crooked event in your life may be unchangeable, but your heart is never unchangeable. You may say, “This storm will never end. It has shipwrecked my life beyond repair.” Yet he has provided you with something to take you through your storm to his awesome glory.

If we have a crook, Jesus is asking us to exchange it for him. “I have said these things to you, that in me you may have peace. In the world you will have tribulation. But take heart; I have overcome the world” (John 16:33). Our crook is not to be our mindset. It may affect every aspect of our lives, every hour of our days, but it is not the end of our lives. Our beginning and our end are in him.

I urge you to pray with me, “Lord, you are good in all things. You have my good in mind through all things. Therefore, not my will, but yours in this crook and through this crook. It has changed the trajectory of my life, but it has not changed the purpose for my life. That is in your hands. Lord, whatever you have for me today, that is my joy because you are my joy.” Amen.

A SPIRIT SET FREE BEHIND BARS

The Great Physician came to heal the sick, and he continues to do his powerful work in the United States’ prisons.