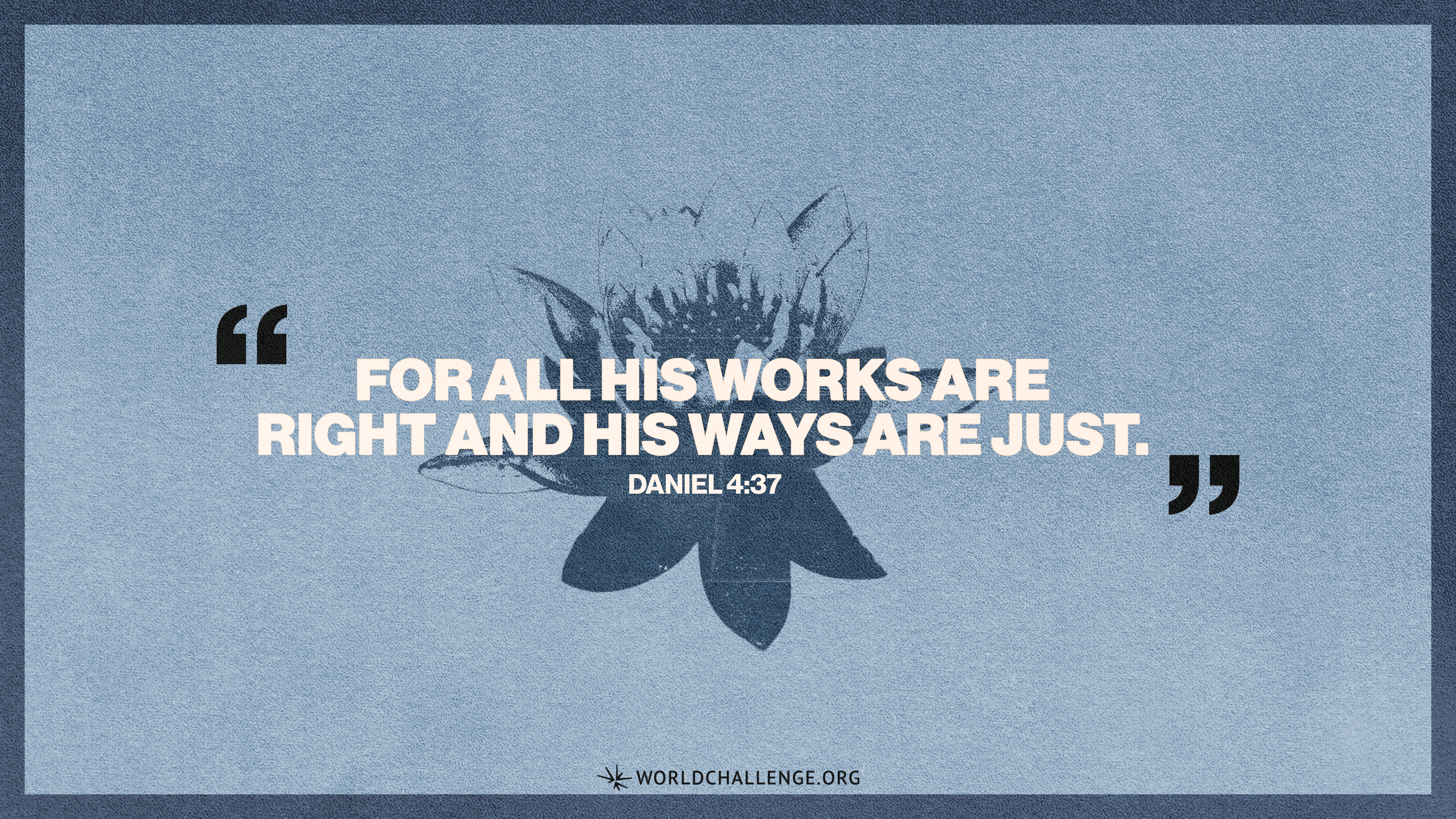 Now I, Nebuchadnezzar, praise and extol and honor the King of heaven, for all his works are right and his ways are just; and those who walk in pride he is able to humble.

Pride is at the very top of the list of things God hates. “For all that is in the world — the lust of the flesh, the lust of the eyes, and the pride of life — is not of the Father but is of the world” (1 John 2:16).

Most Christians would admit they have not arrived and there are areas in their lives that need improvement, but few would consider themselves proud. Pride is independence — humility is dependence. Pride is an unwillingness to wait for God to act in His own time and in His own way. Pride rushes in to take matters into its own hands when it appears God is not working fast enough.

An example of this terrible sin is Saul’s disobedience at Gilgal. When Samuel anointed Saul as king, “Samuel communed with Saul upon the top of the house” (1 Samuel 9:25). This rooftop discussion concerned a great war that was coming and Samuel commanded Saul not to act until all the people met at Gilgal to seek the Lord for specific directions. This was to be God’s doing and his alone (see 1 Samuel 10:8).

Samuel represented the voice of God; a vessel through whom God would communicate His plans. But Saul grew impatient and took matters into his own hands. God was testing him and he failed because of impatience — unmitigated pride!

Humility is total dependency on God. It’s trusting God to do the right thing at the right time in the right way. And Jesus has left us a glorious promise to see us through the dark days ahead. He said, “Because you have kept My command to persevere, I also will keep you from the hour of trial which shall come upon the whole world, to test those who dwell on the earth” (Revelation 3:10).