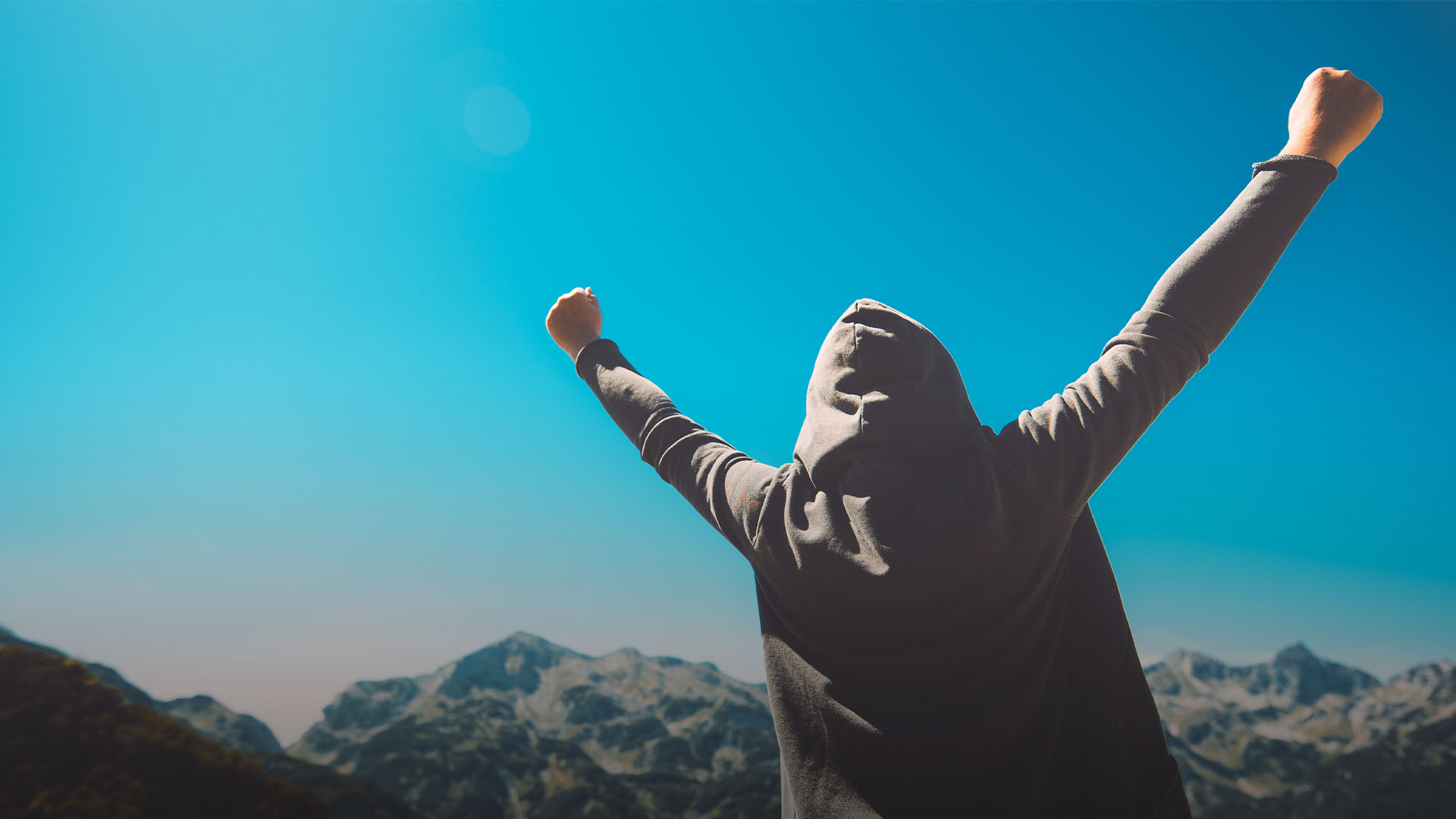 God Shall Arise and Scatter Our Enemies

“Let God arise, let his enemies be scattered” (Psalm 68:1, NKJV). In every generation, God is rising to scatter his enemies. He puts to chase all demonic principalities, driving them from his people. The very words of this verse, in fact, were quoted by Moses when the ark went forward in Israel. “So it was, whenever the ark set out, that Moses said: ‘Rise up, O Lord! Let your enemies be scattered, and let those who hate you flee before you’” (Numbers 10:35-36).

This same prayer applies to God’s people today. We won’t be able to withstand what is coming in the days ahead without standing firmly on this promise from the Lord. We need a triumphant faith to see us through, and we need to cling to this word: “You in your mercy have led forth the people whom you have redeemed; you have guided them in your strength to your holy habitation” (Exodus 15:13).

Scripture says God’s enemies melt like wax in his presence. “As smoke is driven away, so drive them away; as wax melts before the fire, so let the wicked perish at the presence of God” (Psalm 68:2). The Lord is telling us, in essence, “My presence is all that’s needed, and I am on the scene with my heavenly hosts right now. All of Satan’s strongholds are mere smokescreens. I will blow them away with a single breath.”

Across America and around the world, many have concluded the devil is having his way. Scripture tells us differently, that the wicked are as smoke in God’s eyes and with one puff of his breath their threats will be over. “For the arms of the wicked shall be broken, but the Lord upholds the righteous. The Lord knows the days of the upright, and their inheritance shall be forever” (Psalm 37:17-18).

God is telling us in very clear terms, “Do not be overwhelmed by the growing wickedness, crime, greed and abuses. I’m going to rise up and scatter all my enemies. I will put them to chase before your eyes.”

Today when we speak of God’s enemies, we’re not talking about people but about principalities and powers.

Years ago, a youth leader walked into our church’s Friday night prayer meeting. We had begun the service with worship, and God’s presence was so clearly manifest that we gave an altar call even before the preaching began. That youth worker came forward along with many others, weeping.

This young man had felt conviction from the moment he walked in. The worship had pierced him, melting his heart. When he approached the altar, he confessed that he was addicted to pornography. In fact, this had been a longtime stronghold in his life and he’d been unable to shake it. The young man saw the enemy’s stronghold for what it was, an attempt by Satan to rob him of his calling. That night he was delivered by the melting power of Christ’s presence.

When Jesus makes his presence known, every demonic hill melts like wax. His presence also brings about reconciliation and peace, melting fleshly grudges and barriers. I saw this happen in Uruguay when we held a ministers’ conference. For years the church there had been in despair, unable to work together. As the pastors convened and Christ manifested his presence, many began to make confessions. One minister repented of a grudge he’d held against another for eighteen years. Others came forward with similar confessions. In the heat of God’s holiness, those men made things right, and a spirit of unity fell on the church in that country.

The Lord’s deliverances are literal, real and physical.

God’s desire is that we have victory over every demonic temptation coming against us. He wants the total defeat of every wicked enemy, the destruction of every evil chariot that threatens us. Satan may surprise us at our point of weakness, but God rises up in strength to defeat the attack.

“Then the Lord awoke as from sleep, like a mighty man who shouts because of wine. And he beat back his enemies; he put them to a perpetual reproach” (Psalm 78:65-66). Our God never slumbers. His army is poised and ready, always protecting.

The earthly king Solomon was so protective of his people that he set up “chariot cities” manned by armies of horsemen and soldiers. “Solomon gathered chariots and horsemen; he had one thousand four hundred chariots and twelve thousand horsemen, whom he stationed in the chariot cities and with the king in Jerusalem” (2 Chronicles 1:14). Can you imagine how massive this army was? I ask you, how much more will our heavenly King amass “chariots” in these last days to keep his people safe?

It doesn’t matter how bad the world’s condition becomes or how deep the devil’s stronghold is on you. A greater host is hovering above us with an overview of every satanic move. We are to “extol him who rides on the clouds” (Psalm 68:4).

For years, I searched for the key to victory over sin and temptation.

Decades ago, I thought the key was simply learning more theology. I studied the Puritan writers, the life of John Wesley and others, and New Covenant theology. I reexamined justification, sanctification, reconciliation and other deep doctrines. I was continually looking for something that would draw my heart closer to the Lord.

I did this because I realized I needed something for the hard times I knew were to come upon the earth. I also knew I needed faith for the trials my family was already facing. Over the years, my wife, Gwen, had twenty-six operations for five types of cancer. Then cancer struck my daughters, Bonnie and Debi. After standing by their bedsides so many times, I finally said, “God, you’ve got to do something. I can’t endure this.”

I never did find what I needed in books or in theological depths. In fact, the more books I read, the more I realized there are endless interpretations of theological matters and endlessly differing views. Finally, I saw that it all comes down to this: Keep yourself in the presence of the Lord. When you are full of Jesus, the smoke clears out; and when the fire of his holiness is in you, everything of Satan melts and perishes.

If your sin remains, perhaps you have not opened yourself to the Lord’s awesome presence.

As I consider the phrase “Let God arise, let his enemies be scattered,” I see it as a new vision of faith we must receive. It is a vision of God being greater than all our needs, problems and situations.

If we don’t allow the Lord to arise in our hearts with a new revelation of his power over everything our generation faces, we’ll continue to walk in discouragement and defeat. Psalm 68 tells us there is a different way. “But let the righteous be glad; Let them rejoice before God; yes, let them rejoice exceedingly. Sing to God, sing praises to his name…and rejoice before him” (Psalm 68:3-4).

The image here is of a people who anticipate their victorious king coming down the main avenue as a conqueror, riding before his army. They shout praises to him, extolling his virtues and singing of his victories. Beloved, triumphant praise is the road that God comes riding on with his horse. Our praises pave the highway before our King!

You may say, “But I can’t sing yet. I don’t have the victory.” I remind you that the victory is not yours but his. The reason you shout, sing and praise is because of his victory over the devil and all his army. You rejoice for the victory Christ has already won at Calvary.

Now picture the king approaching. Behind him are thousands upon thousands of fiery chariots, armies of the heavenly host. His people line the highway, shouting and praising, “All hail King Jesus!”

Yet some among us are sad, depressed and despairing. They’re bound by fear of an enemy who has already been defeated. I say to them, “Here is how to shake off your fear. Simply rise up by faith, sing with the delivered and enter into his victory.”

“Oh, sing to the Lord a new song! For he has done marvelous things; his right hand and his holy arm have gained him the victory… Shout joyfully to the Lord, all the earth; break forth in song, rejoice, and sing praises” (Psalm 98:1, 4). This doesn’t mean singing about God’s victories for Israel, David, Paul, but for us. It means new mercies and new deliverances, all available to us today.

“Let the sea roar, and all its fullness” (Psalm 98:7). In short, “Let all your physical, vocal powers praise the Lord. Let his praises roar.” Shout, dear saint! He is your very present help in time of need. Amen.