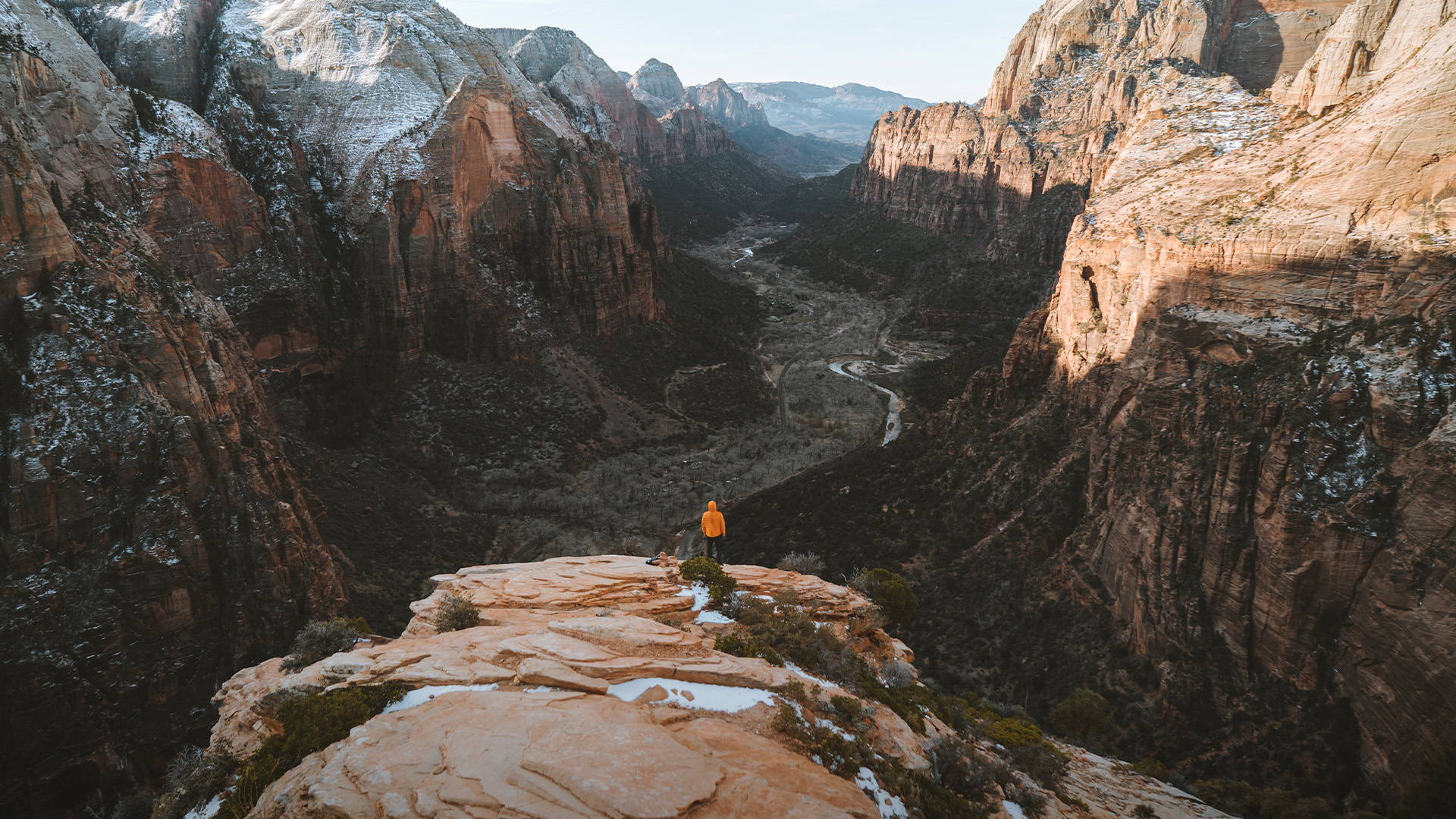 Leaning Wholly on God as Your Confidence

When David wrote Psalm 3, he faced a dramatic and devastating time in his life. Overwhelmed by excruciating trials, he cried out in agony, “O Lord, how many are my foes! Many are rising against me” (Psalm 3:1, ESV).

This wasn’t just an internal crisis for David. His response wasn’t to lament his sins as he did in other psalms. He had a serious, external crisis. Perhaps the most painful aspect of that crisis is revealed in this psalm’s heading: “A Psalm of David, when he fled from his son Absalom.”

A coup was taking place in the kingdom, a violent revolt led not by some ambitious general but by David’s own son. At stake was everything David held dear: the future of God’s people, David’s family, and indeed his very life.

So, David wrote a psalm about it, a public declaration of what was transpiring. Frankly, I find this astonishing. As a pastor, I’m called to be vulnerable before the people I shepherd, but speaking as a father, I don’t want my family’s conflicts out in the open. Almost everyone I know would want to keep such things behind closed doors, yet here David was writing about something sure to bring public shame.

Actually, David had no choice but to be public. Everyone in the kingdom saw what was happening and was compelled to take sides. I believe one reason the Bible records this agonizing scenario is to instruct us to be just as honest and open with God as David was. He knew the Lord is worthy of trust no matter our circumstance, and he trusted God for a righteous outcome.

When you trust Jesus with your tribulations, the end of the story is always different from the current chapter you’re living.

This psalm of David has an anguished beginning. By the end, however, David’s voice is full of hope, peace and faith, all to God’s honor and glory.

David’s son Absalom had a long-held grudge against his father. What started as a small revolt under Absalom began to gather steam. The son gathered a massive militia against his father, determined to overthrow him.

As the revolt began, David was forced to run from the battle. He slipped out of the city under the cover of night, weeping and mourning over all that was happening. Maybe you’ve experienced such nights. You’ve wept over what seemed like a broken promise from God. Your troubles so overwhelmed you that you cried as David did, “How many are my foes! Many are rising against me” (Psalm 3:1).

As we read the opening two verses, the word “many” appears three times. Simply put, David’s troubles had piled up beyond his ability to cope. Most of us do okay handling one problem at a time, but when our troubles increase, we’re tempted to flee, fearful of being overwhelmed and crushed. The mounting opposition wreaks havoc on our minds, causing such uncertainty that our imagination runs wild with frightening scenarios. We lose all spiritual confidence, thinking, “I’ll never escape this. It’s going to bring down my very life.”

Apparently, word on the street about David was that he was utterly lost, beyond any hope of salvation. These voices were so great that David began to believe them. Thus, the voice of the enemy no longer came just from outside voices but from within David himself.

Have you ever been in this position? The pressures you’re under, both internal and external, are so great that you start believing the bad report about yourself. You think, “Everyone is right, I brought this on myself. I’ve removed myself beyond God’s salvation. The only thing I can do right now is flee. At one point, I might have stood strong and fought, but my only choice now is flight.”

Friend, that is exactly where Satan wants you. He sends enemy after enemy to surround you so that in the midst of the battle, you lose hope. You get mired in such despair that you no longer trust God to save you from your troubles.

Suddenly, David shifted his focus from the “many” who surrounded him to the One. Even as he was surrounded by condemning voices, including his own, David remembered a powerful promise from God. “But you, O Lord, are a shield about me” (Psalm 3:3). Up to this point, his prayer had been one of despair, but in verse 3 we see things begin to change. His focus is no longer on the “many.” Now it is on “you, O Lord.” David is encouraging himself to press into God, knowing that the Lord alone is his shield. He’s saying, in essence, “Father, no matter how many directions the enemy may come from, you are my protection. You have me covered, not just in this moment but always, in every circumstance.”

David’s declaration reminds me of Jesus’ temptation in the wilderness. The devil attacked Christ from all sides with three major temptations, moving in when Jesus was at his weakest. Christ resisted every attack, standing on the power of his Father’s Word. As a result, he testified later on, “He [Satan] has no claim on me” (John 14:30). In short, God’s power to shield his Son repelled Satan from every direction.

He does the same for us. David knew this and said, in effect, “I thought I was surrounded by enemies who were ready to overcome me. Now I see that those enemies are the ones surrounded! Lord, you not only protect me, but you also send my enemies fleeing.”

This revelation lifted David’s spirit. “…you, O Lord, are…my glory, and the lifter of my head” (Psalm 3:3). David’s self-doubt dissipated, which is always the result when God makes his glory known to us. We’re reminded that he alone holds the keys to our life. Knowing this restores our confidence, ridding us of self-doubt. Our thought is no longer “Maybe I don’t deserve anything from God,” and instead we realize, “I won’t be cast out or neglected. He is my shield, my glory, the lifter of my head!”

David didn’t have greater numbers of chariots or soldiers than his enemies. What he did have was a renewed confidence in God’s power.

So, what happened next? David tells us, “I lay down and slept” (Psalm 3:5). Talk about confidence! There is no greater proof of confidence than to sleep soundly. Maybe your problems and trials have kept you up at night. David’s testimony in this psalm urges you to trust again in God’s goodness. Though you’re overwhelmed, he holds your outcome in his hand, and that’s news that will supply a good night’s sleep.

David adds powerfully, “I woke again, for the Lord sustained me” (Psalm 3:5). David didn’t just wake up physically; deep in his heart, he reawakened to a knowledge of God’s sustaining power.

I believe in that moment David remembered all that God had done for him, recalling that the Lord was the sustainer of his life. As a shepherd boy, David had fought off lions and bears. He had slain the terrible giant Goliath. He had led his army to defeat powerful enemies. The memory of all these things must have refreshed David with a new vitality, and he testified, “I will not be afraid of many thousands of people who have set themselves against me all around” (Psalm 3:6).

As David left the city, the kingdom God had given him no longer seemed gone.

Absalom had raised up 12,000 men against David, but God’s promise would not let this be the end of the story. David prayed confidently, “Arise, O Lord! Save me, O my God! For you strike all my enemies… Salvation belongs to the Lord; your blessing be on your people!” (Psalm 3:7-8).

God’s promise renewed David’s hope in spite of all circumstances. Friend, let David’s confidence be yours through the amazing words of this psalm. Our faith is not based on appearances but on God’s promises, and that is great news. David put his very life in God’s hands. May his testimony be your own: “In peace I will both lie down and sleep; for you alone, O Lord, make me dwell in safety” (Psalm 4:8). Amen!

The church in South East Asia has gathered around one woman in a way that almost certainly saved her life.