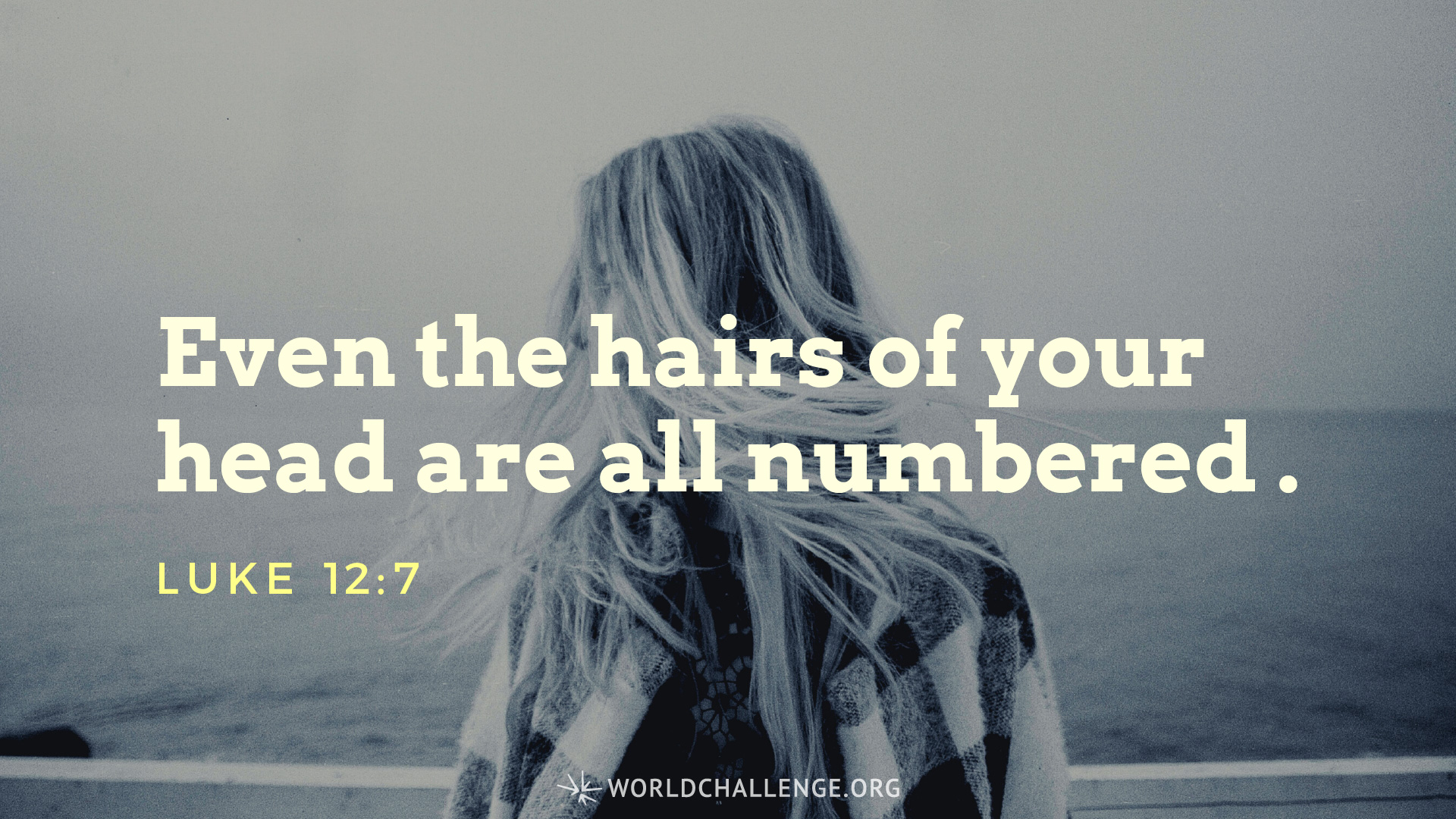 Are not five sparrows sold for two pennies? And not one of them is forgotten before God. Why, even the hairs of your head are all numbered. Fear not; you are of more value than many sparrows.

Our Lord is aware of every move on the earth, by every living thing. And yet his gaze is focused primarily on the well-being of his children. He fixes his eyes on the pains and needs of each member of his spiritual body. Simply put, whatever hurts us concerns him.

To prove this to us, Jesus said, “And do not fear those who kill the body but cannot kill the soul. But rather fear Him who is able to destroy both soul and body in hell” (Matthew 10:28). Even in the midst of great world wars, God’s primary focus isn’t on the tyrants. His focus is on every circumstance in his children’s lives.

Christ says in the very next verse: “Are not two sparrows sold for a copper coin? And not one of them falls to the ground apart from your Father’s will” (Matthew 10:29). In Christ’s day, sparrows were the meat of the poor and sold two for a penny. Yet, Jesus said, “Not one of these small creatures falls to the ground without your Father knowing it.”

Jesus’ use of the word “fall” in this verse signifies more than the bird’s death. The Aramaic meaning is “to light upon the ground.” In other words, “fall” here indicates every little hop a tiny bird makes.

Christ is essentially telling us, “Your Father’s eye is on the sparrow not just when it dies but even when it lights on the ground. As a sparrow learns to fly, it falls from the nest and begins to hop along the ground. And God sees every little struggle it has. He’s concerned over every detail of its life.”

Jesus then adds, “Do not fear therefore; you are of more value than many sparrows” (10:31). Indeed, he says, “The very hairs of your head are all numbered” (10:30). Simply put, the One who made and counted all the stars—who monitored every action of the Roman Empire, who keeps the galaxies in their orbits—has his eye fixed on you. And, Jesus asks, “Are you not worth much more to him?”