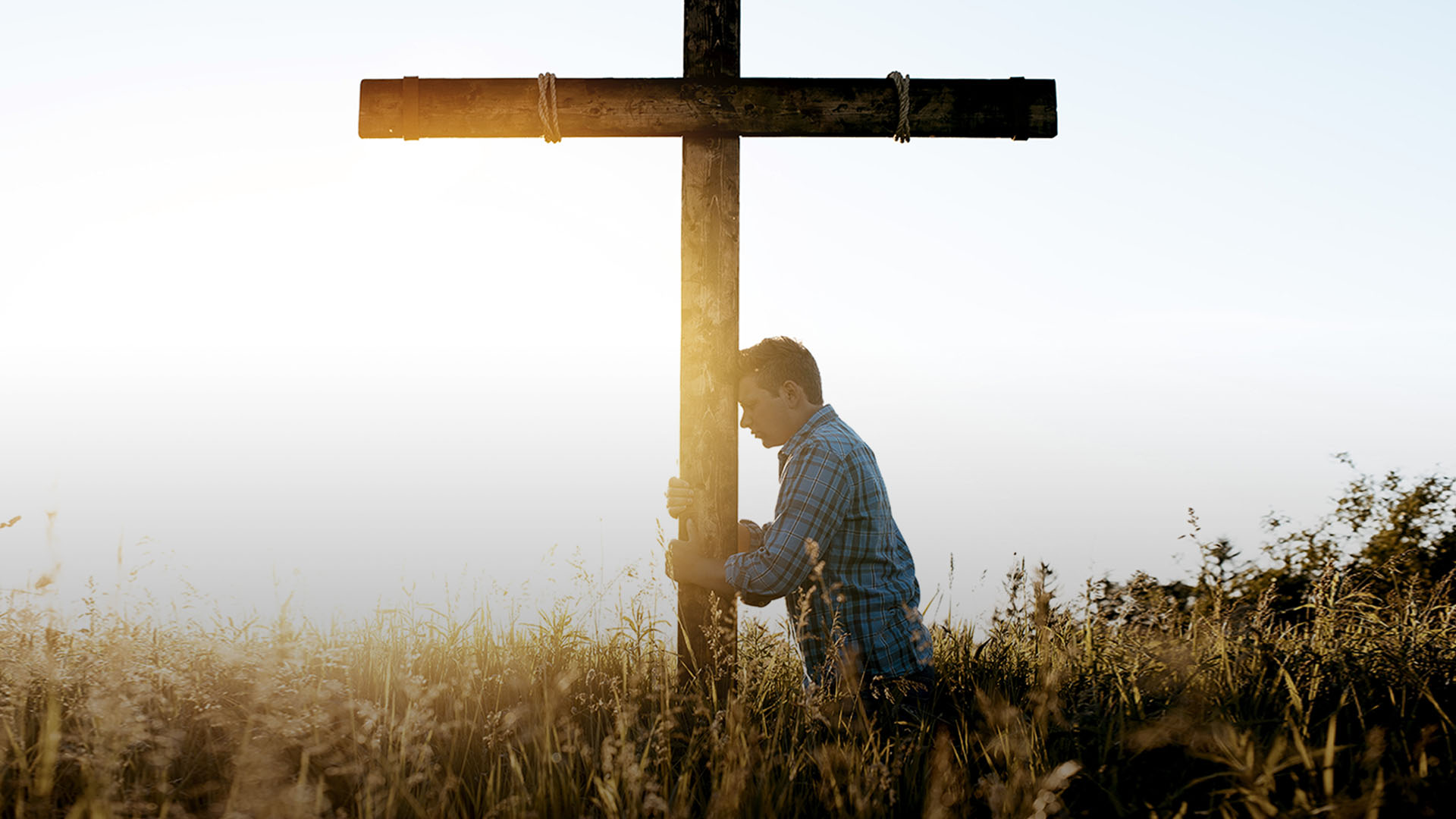 A Guide for How to Die

God calls us to live for him and other people, but the sacrifices necessary often seem overwhelming. How do we sacrifice our darlings, and what happens if we don’t give them up?

Chuck Feeney, cofounder of Duty Free Shoppers and multibillionaire, is now broke. For most, this would mean too many private islands purchased, but for Feeney, it’s the achievement of a lifelong dream.

He’s given away about $8 billion, without fanfare, often anonymously.

Forbes reported, “No longer a secret, his extreme charity and big-bet grants have won over the most influential entrepreneurs and philanthropists.

“His stark generosity and gutsy investments influenced Bill Gates and Warren Buffett when they launched the Giving Pledge in 2010—an aggressive campaign to convince the world’s wealthiest to give away at least half their fortunes before their deaths. ‘Chuck was a cornerstone in terms of inspiration for the Giving Pledge,’ says Warren Buffett. ‘He’s a model for us all. It’s going to take me 12 years after my death to get done what he’s doing within his lifetime.

“’Feeney gave big money to big problems — whether bringing peace to Northern Ireland, modernizing Vietnam’s health care system, or spending $350 million to turn New York’s long-neglected Roosevelt Island into a technology hub. He didn’t wait to grant gifts after death or set up a legacy fund that annually tosses pennies at a $10 problem. He hunted for causes where he can have a dramatic impact and went all-in.’…

“Feeney summarized his mission in a few sentences. ‘I see little reason to delay giving when so much good can be achieved through supporting worthwhile causes. Besides, it’s a lot more fun to give while you live than give while you're dead.’”

Living sacrificially is a pretty thankless task. Most of us, I’m guessing, are not as high profile as Chuck Feeney and even less likely to be noticed for what we’ve given up. Perhaps someone will notice and praise you, but far more likely is the person who will notice and then try to take advantage of your humility.

Doubtlessly, Jesus knew this would be the case. It wasn’t as if human nature ever surprised him, but he still told his followers, “Truly, truly, I say to you, unless a grain of wheat falls into the earth and dies, it remains alone; but if it dies, it bears much fruit” (John 12:24, ESV). Paul reworded this slightly in his letters to the churches, saying, “Those who belong to Christ Jesus have crucified the flesh with its passions and desires” (Galatians 5:24).

Now there are some arguments to be made for Christ and Paul talking about the salvation experience here. That initial submission to God does bring a death to self; the importance of that moment cannot be overstated because it’s the first and most imperative step toward aligning with God and his will.

This death is what allows the Holy Spirit to come in and start cultivating the fruits of the Spirit: love, joy, peace, patience, kindness, goodness, faithfulness, gentleness and self-control.

Those sound pretty nice. Most people would like these qualities, if they don’t already have them (or claim to have them).

The ongoing death part is what’s a harder sell. “Then Jesus told his disciples, “If anyone would come after me, let him deny himself and take up his cross and follow me. For whoever would save his life will lose it, but whoever loses his life for my sake will find it” (Matthew 16:24-25).

Is this what Chuck Feeney alluded to, knowingly or not, when he said others should try living with radical generosity (“Try it; you’ll like it,” he said, with what one can only imagine was a cheeky smile)? Is this what Joni Eareckson Tada means when, talking about her paralysis and her nonprofit to defend those with disabilities, she says, “I would not trade this intimacy with God…for any amount of walking.”

Who wouldn’t want to be like these large and lavish souls? If an unextinguishable joy and closeness to God are the rewards of sacrifice, so be it. I’ll sign up, even if I cringe a little. Just one question remains: why is it still seem so hard get to that point?

Why Is This so Difficult?

Talking about self-sacrifice is one thing; actually living it out is on a different level.

“It is amazing how many people want the power of Christ but not the path of Christ,” said Carter Conlon, World Challenge board member and retired senior pastor of Times Square Church.

“They do not want to follow a Christ who uses his resources and power to help others. However, they will soon discover that following Jesus inevitably leads to a road of self-sacrifice. It is at this crossroads that many turn away from following the Jesus of the Bible….

“When they recognized what it would cost, many disciples turned away and walked with him no more. I believe this is how it will play out in our day too. When the truth of Christ is proclaimed, many people will realize that they did not sign up to be a representation of God’s life in the midst of a hostile generation. God is asking for a commitment that will take them to a cross, and suddenly it is no longer attractive.

“Scripture does not say the people abandoned religion; rather, they abandoned Jesus Christ. In other words, they returned to ‘a form of godliness but denying its power’ (2 Timothy 3:5). They went back to a form of religion — perhaps they were even more zealous than before — but all of it was powerless. They went back to powerless singing, powerless reading and powerless praying, all because they were confronted with what a life of following Christ is truly supposed to look like.

“The true power of God is ultimately found in reaching the lost. Once we are determined to give ourselves for the purposes of God and for the people around us, this Spirit of power will be realized in our lives.”

Are we willing to obey, even when the commands offend our sensibilities and leave us no assurance of ease in the future? Are we willing to give up those things upon which we rely for security instead of the Father? Are we willing to keep from crawling off the altar where our lives belong because to remain is the be burned and to die? How will we manage these overwhelming things?

How to Look the Right Way

Perhaps a noteworthy Christian equivalent to Chuck Feeney is Francis Chan. In 1994, he planted a church with barely 100 people in Southern California. Fourteen years later, it was one of the largest churches in Ventura County. His books were flying off the shelves, but the $2 million in royalties was all given to charities. He took no salary from the church, and it gave away 55 percent of its income to charitable causes.

Then he decided to step down. People were starting to come to the church just because ‘Francis Chan taught there.’ He wanted to delve into deeper, individual discipleship and evangelism. He seemed intent on avoiding being a celebrity pastor.

The beginning of March 2020, Chan and his family moved to Hong Kong, a city torn by civil strife, to serve in Sham Shui Po, one of the city’s poorest neighborhoods.

In a conference in the Philippines, Francis Chan shared, “The secret of life, the secret of joy in Christ, is to get off of selfie mode and actually look at someone better than yourself. I know this is counterintuitive, but the best thing you can do for yourself is to get over yourself and stare at someone more beautiful than you….

“This is something that has been lost in this generation. We feel like we have to be in the center of every picture, and then we wonder why we’re unfulfilled.”

Perhaps self-sacrifice is less about focusing on how we die, but rather searching intently for God’s will in every circumstance, in every interaction and with every new opportunity that he throws our way.