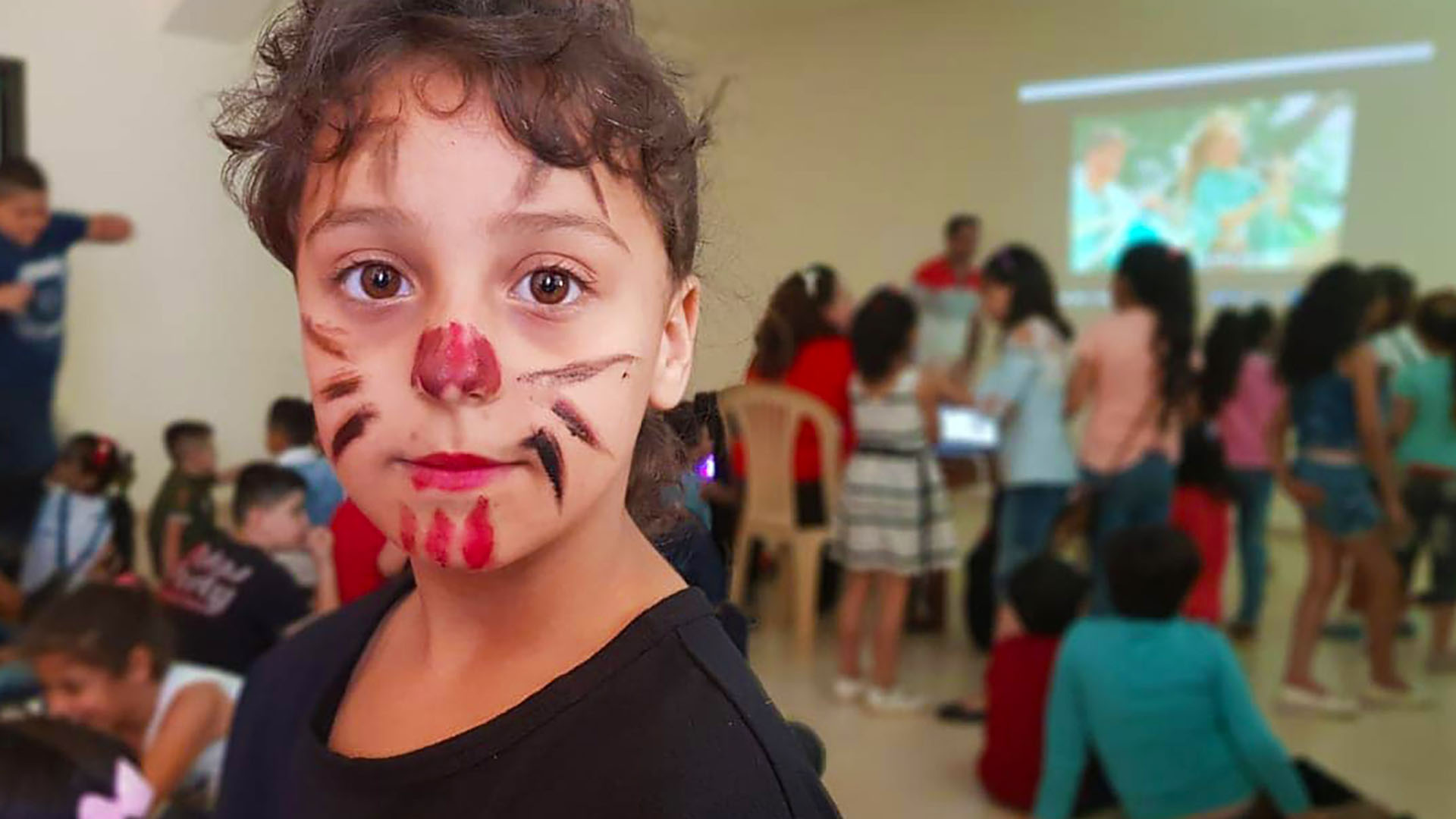 Gospel Fire in the Middle East

From a fatherless street kid to father-figure for refugee children, one man tells about God's incredible work in his life and in Lebanon.

Muhammad’s father died when he was young, and he grew up more or less on Beirut’s streets. His mother sent him to a nearby church’s Sunday school in hopes that it would keep him out of trouble.

As he grew older, he had more and more questions for the Sunday school teachers who seemed like the only people in his world with the patience and kindness to listen.

He tried to be a good Muslim and study the Quran, but he was disturbed by what he found in it.

Islamic scriptures talked about men taking many wives and killing those who disagreed with Muslims. All around Muhammad was the chaos and violence of those who were following these instructions, and all he could think about was the peace and love he found in the Christian Sunday school.

At 14, he accepted Christ as his savior and God. When his mother found out, she told him, “Choose between your false religion and your mother. You can’t have both.”

God set ablaze a passion in Muhammad’s heart for his people. He began sharing the gospel with anyone who would listen. Several times, infuriated Muslims tried to kill him, and he barely escaped. Once his church’s pastor sent him to a boarding school outside of town because so many people were hunting for him.

Then one of his friends who often evangelized with him was murdered, and his pastor told him, “We’re sending you to school in America. There you will be safe.”

Muhammad hated it. All he wanted to do was go back home and tell his people about Jesus Christ.

Finally, he graduated and flew straight back to Beirut.

He discovered that his old church’s pastor was missing and only four or five people still attended. Lebanon’s civil war between Palestinians and Christians was at its height, and persecution was fierce. People were shot in the streets and hunted down by furious radicals.

Over 250,000 people died during the years of conflict.

Meanwhile, Muhammad took over the church, and within a year it had about 150 attendees. With death constantly breathing down their necks, people were desperate for hope and a sense of purpose.

A Church and a Mosque

Muhammad’s own life wasn’t without struggles. He got married, handed the church over to another pastor and began pursuing a highly lucrative business career. However, he felt God insisting in his spirit, “Go claim the land.”

Finally, he told his wife that he felt God was calling them to start a church in another city, one run by Hezbollah, a radical Muslim Shia group.

“You’re crazy,” she responded, but then she prayed about it and came back. “Okay, we’re going. We’re doing this crazy thing.”

They opened their church a stone’s throw from a Shiite mosque.

Within eight months, around 100 people were attending the church, and their neighbor Shiites were livid. First, they destroyed the church’s sign. When that failed to stop anything, they vandalized the church’s van. Muhammad and his wife paid to fix the damages and kept working.

His wife drove the van to pick up children for their Sunday school, much like the one Muhammad himself had attended once. As she was nearing the church, however, people darted out of the mosque and began throwing rocks at the van.

One man took a stone and smashed the window then yanked the driver’s side door open. Muhammad’s wife screamed as they began to hit her. Her attackers shouted at the children, “Leave the car! Don’t go into the infidel church.”

Upset, Muhammad hired a lawyer to settle matters, but then the leaders of the mosque approached him, apologizing for the attacks and damages.

“Fine. The expenses I’ll forgive,” Muhammad told them. “But don’t touch my wife or the children again.”

Investing in the Future

The Arab Spring struck next, and suddenly their entire land was embroiled in war. Lebanon, with its population of about 4 million people, suddenly had 2 million Syrian refugees and 1 million Palestinian refugees flooding over the borders.

Before they knew it, Muhammad and his wife’s church was overflowing with people in desperate need, many of whom had fled with nothing but the clothes on their backs.

“All of these people suddenly have no home, and many of the women have lost their husbands,” Muhammad said, laying out the full scope of the problem. “They can’t work in Lebanon; their children either aren’t allowed or can’t afford to go to school. The refugee crisis is the worst human tragedy since World War II.”

Their church currently sponsors 200 refugee children to go to school, paying for their entrance fees, transportation and school supplies. They also opened summer camps that take between 100 and 150 children every week to play games, eat good food and learn about God who loves and cares for them.

“These children are either the criminals or the Christians of the future,” Muhammad explained passionately. “If the church does not invest in them, the devil will.”

Supported by World Challenge, Muhammad and his wife and their ministry leaders are pressing forward into new neighborhoods and refugee camps to reach people with hope and light.