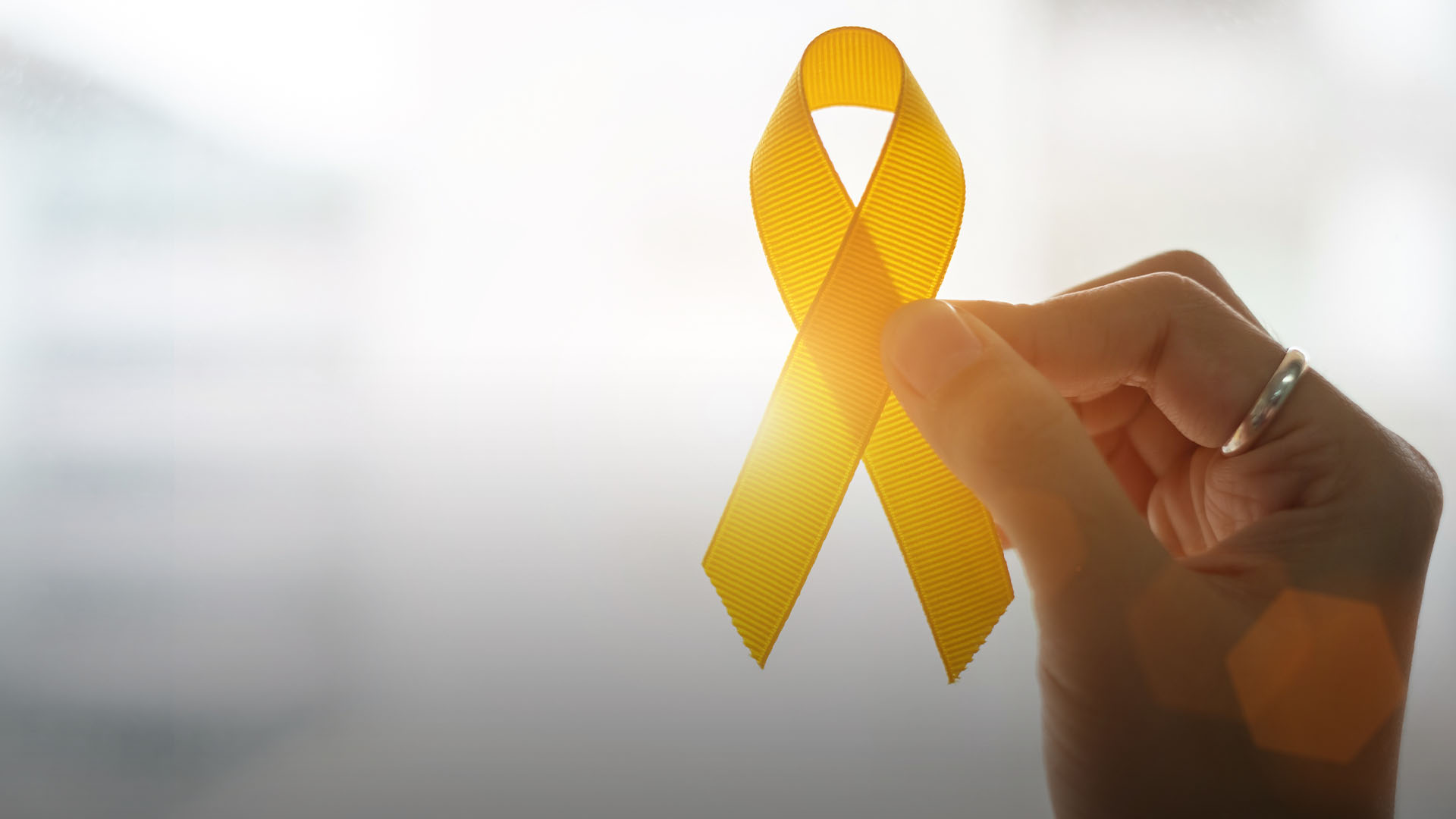 Today is World Suicide Prevention Day, and we wanted to recognize the struggle of many believers who deal with depression and suicidal ideation or have a loved one who does.

Charles Spurgeon, the great evangelist and preacher, was a peculiar study in contradictions. For one, he took great delight in jokes. Victorian England was not the most amenable place for humor, particularly in the hallowed halls of church. In that case, Spurgeon was a most egregious offender.

In one case, a man loftily told him, “Mr. Spurgeon, I don’t agree with you about religion; I am an agnostic.”

Spurgeon replied with — one can only imagine — a twinkle in his eyes, “Yes! Agnostic is a Greek word, and the exact equivalent is ignoramus. If you like to claim that title, you are quite welcome to.”

Another time, after being accused of cracking a joke from the pulpit, he said, “If you had known how many others I kept back, you would not have found fault with that one.”

Spurgeon was renowned as a powerful preacher with a sharp wit to rival someone like Winston Churchill (Oh, to be a fly on the wall in some time-traveling room with those two as they bantered and chugged away on their cigars). What’s perhaps less well known about Spurgeon is that he endured a lifelong battle with depression, a seeming paradox in someone so naturally droll.

It grew so bad at points that his wife even wrote, “My beloved’s anguish was so deep and violent, that reason seemed to totter in her throne, and we sometimes feared that he would never preach again.”

He himself wrote in the wake of a particularly bad bout, “I could say with Job, ‘My soul chooseth strangling rather than life’ [Job 7:15]. I could readily enough have laid violent hands upon myself, to escape from my misery of spirit.”

The Reasons Why We Choose Life

One troubling aspect of depression and suicidal ideation is that it’s the most unpredictable of illnesses. It is no respecter of age, preying on the young and old alike. It plagues those who seem like they should be least susceptible; the keen wit and merry jokester are not immune. It may have physiological roots in heredity, but it does not need this to strike someone’s mind and heart. It may be the unpredictable side effect of medications or be triggered by something as simple as stress.

Many of us will struggle with depression or anxiety at some point in our lives. Some of us will wrestle with suicidal thoughts. Almost all of us have known or will know someone who has fought with the specter of this deep despair.

As a practical aside, it’s well worth knowing the number of the suicide prevention hotline. (It’s 1-800-273-8255, by the way.) Additionally, Focus on the Family has licensed counseling specialists that are available at 1-855-771-HELP on weekdays between 6:00 a.m. and 8:00 p.m. They offer referrals to Christian counselors in a wide variety of cities.

Several reputable organizations and ministries are also available to offer support for the parents and family members of suicide victims. These include, but are not limited to, the following:

As Spurgeon’s wife so aptly pointed out, depression always threatens to unseat reason from her throne in our minds. There are so many good reasons to live, but when we’re in the grips of a depressive episode, that logic can seem vague and far away. Sometimes all we need is another person to remind us of those reasons.

A recent study interviewed a pool of people who, having survived an attempt to kill themselves, had dedicated themselves to preventing others from ending their lives. The majority of them gave one of these reasons for why they were glad they survived: First, familial connections or friendships, then the prospect of serving or contributing positively to society, and third an interest in future events or experiences they wanted to have eventually.

I would add a fourth, as someone who flirted with suicide and was saved from it. My life is not my own. God made me in his image, and I do not have the right to damage or destroy that image in myself any more than I have the right to go out and kill an innocent bystander. God made me for a purpose, whether I like it or not at the moment.

God has plans that he is calling me to submit to, and I can’t do that if I’m gone.

Is Suicide the Unforgiveable Sin?

The line of thought that our lives are not our own has been used to justify the idea of suicide as an ‘unforgiveable sin.’

This is ground where we want to tread carefully. Often this question comes from a place of deep pain and anxiety, from family members who have lost a loved one to suicide or from someone who has considered taking their own life (or has attempted and failed to do so).

The Bible makes it abundantly clear that murder is a grave sin, and it doesn’t differentiate between those who kill someone else or themselves. As David Wilkerson explains, “You have no legal or moral right to defile your body. It really doesn't belong to you at all. Jesus bought and paid for it, and suicide is stealing from God.”

Does God respond differently to this kind of sin, then, because the person involved can’t repent of it in life?

In response to this question, Focus on the Family writers explained, “Many theologians insist that, for a believer, Christ’s atonement covers every sin and every mistake they ever have committed or ever will commit. (Atonement is the work Christ did in His life and death to earn our salvation.) That includes past, present, and future sins. This can be a comforting reflection in the case of suicide victims who…were faithful, dedicated followers of Jesus.

“In other words, if we believe that Christ’s sacrifice covers every sin, the sin of taking our own life is no different than any other sin. Horrific and heartbreaking, yes — but not unforgivable.”

After laying out an explanation for why some see suicide as an unforgivable sin, Focus on the Family notes, “We aren’t in a position to tell you which of those two opinions is correct. That’s something you’ll have to decide for yourself. But we can say this much: The Bible plainly says that God’s grace and mercy are beyond our understanding — and His judgments are unsearchable and beyond knowing (Romans 11:33).

“It also assures us that nothing can separate us from the love of God in Jesus Christ our Lord — ‘neither death nor life, nor angels nor rulers, nor things present nor things to come, nor powers, nor height nor depth, nor anything else in all creation’ (Romans 8:38-39, ESV).”

For Those We Can Help

Even if we’re someone who happens to feel fairly safe from this variety of depression, the discussion is hardly esoteric. Many people who love God privately struggle with depression and suicidal thoughts, all the more given the events of this past year.

Canadian psychologist Romeo Vitelli wrote, “While pandemic-related suicides have already been reported in many of the hardest-hit countries, these deaths have been largely overshadowed by the high rate of fatalities linked to COVID-19.

“In Italy, for example, the first known pandemic-related suicide occurred in March when a patient suffering from bronchopneumonia jumped out of the hospital window where he was awaiting test results to see if he was infected. Since then, numerous other suicides have been reported, primarily among front-line health workers, people awaiting test results, and those affected by coronavirus-related bankruptcy….

“Research studies looking at the effects of trauma in previous disasters, including the 2003 severe acute respiratory syndrome (SARS) epidemic in Hong Kong and the 2011 earthquake and nuclear disaster in Fukushima, Japan, has shown a significant rise in suicides both during the emergency itself and in the months that followed.

“With the SARS epidemic in particular, most suicides involved elderly or chronically ill people who were afraid of becoming burdens to their families due to becoming infected, a concern that is already common among many COVID-19 patients.”

As we go forward into the close of this year, we can be especially aware of those who are struggling emotionally with the possibility of sickness or perhaps the very present reality of joblessness. If we are wrestling with this type of hopelessness ourselves, we may feel isolated in church or Christian circles where persistent depression can be odd bedfellows with the joy of the Lord. Please know that God cares deeply about your life, that nothing is too big for Christ to overcome, that there are people who intimately understand your struggle, that there are people who love you and many who want to help you.

Reach out, friend. You’re not alone.