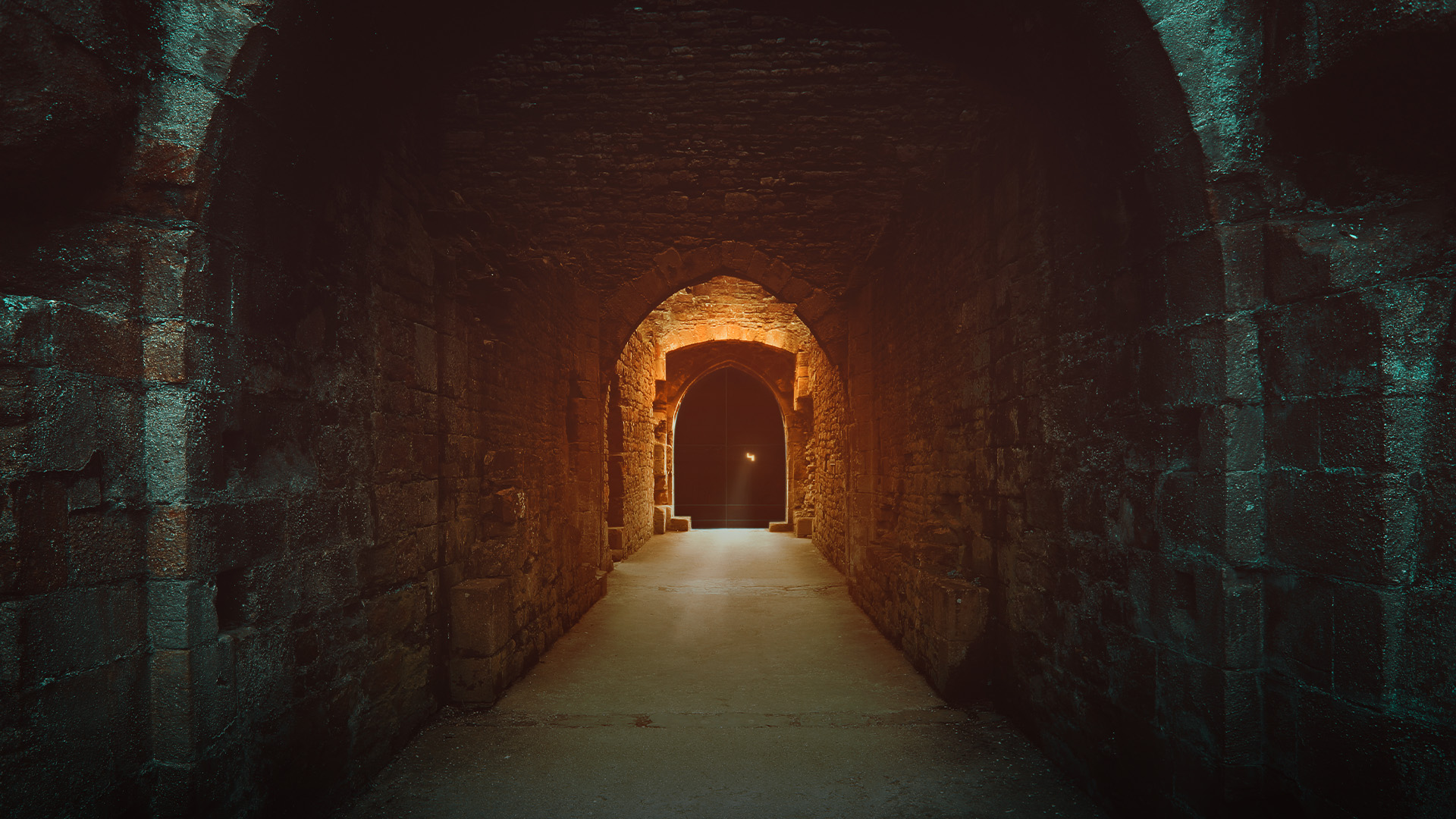 Why Would We Choose Hell?

The Bible says to work out our salvation with fear and trembling, so is it possible to go to church and believe that we’re a Christian and still end up going to hell?

In C. S. Lewis’s book The Great Divorce, the main character finds himself visiting both hell and then heaven along with several other undecided souls who are being given the chance to choose heaven or hell at the 11th hour. He witnesses a priest whose nephew had met him at the borderlands between heaven and hell.

The young man tells his uncle, “’We are not playing now…. One wrench and the tooth will be out. You can begin as if nothing had ever gone wrong. White as snow. It’s all true, you know. He is in me, for you, with that power. And I have come a long journey to meet you. You have seen Hell: you are in sight of Heaven. Will you, even now, repent and believe?’…

The uncle responds, “‘But my dear boy, I believe already. We may not be perfectly agreed, but you have completely misjudged me if you do not realize that my religion is a very real and a very precious thing to me.’

“‘Very well,’ said the other, as if changing his plan. ‘Will you believe in me?’…‘Will you come with me to the mountains? It will hurt at first, until your feet are hardened. Reality is harsh to the feet of shadows. But will you come?’

“‘Well, that is a plan. I am perfectly ready to consider it. Of course I should require some assurances… I should want a guarantee that you are taking me to a place where I shall find a wider sphere of usefulness—and scope for the talents that God has given me—and an atmosphere of free inquiry—in short, all that one means by civilization and—er—the spiritual life.’

“‘No,’ said the other. ‘I can promise you none of these things. No sphere of usefulness: you are not needed there at all. No scope for your talents: only forgiveness for having perverted them. No atmosphere of inquiry, for I will bring you to the land not of questions but of answers, and you shall see the face of God.’”

Many things hold us back from choosing God wholeheartedly, and in the light of heaven, they will be revealed as horrifyingly insubstantial.

What Have We Convinced Ourselves?

Few people talk about hell. Even fewer enjoy doing so. Those who do take some pleasure out of the topic seem a bit deranged to the rest of us. It’s a grim subject, and yet it’s one that Christ talked about more than anyone else in the Bible.

In his sermon “Hell: What’s It’s Like and Who’s Going There“, David Wilkerson said, “This message is absolutely hated by liberal preachers and most theologians. They would gnash their teeth at the very thought of an eternal hell, one where there is wrath and torment from God…. In fact, our human nature absolutely recoils against the thought of an eternal damnation where there's no end to everlasting torment, weeping, wailing, gnashing of teeth, words that we don't even want to talk about in this so-called day of grace.”

He pointed to a very disturbing passage in scripture about the end times. “The coming of the lawless one is by the activity of Satan with all power and false signs and wonders, and with all wicked deception for those who are perishing, because they refused to love the truth and so be saved. Therefore God sends them a strong delusion, so that they may believe what is false, in order that all may be condemned who did not believe the truth but had pleasure in unrighteousness” (2 Thessalonians 2:9-12, ESV).

Incredulously, David asked, “Could you imagine… To be given over to such a lie that, if heaven was offered to you and escape from that, you would be so committed to a lie that you would not want to escape hell?”

The idea of choosing hell seems like a far out one. Who would willingly decide on such a place as their destination, especially after hearing all the details? Certainly no one in their right mind. Perhaps then it would be the result of convincing themselves that they had not chosen hell, despite all evidence to the contrary.

Is such a delusional choice even possible? Does the Bible back this up anywhere?

The ‘Good’ People in Hell

The entire 25th chapter of the book of Matthew is dedicated three stories about the final judgment of humanity, who goes to hell and who doesn’t.

Most disturbingly, there are people in all three parables who clearly believe that they have done the right things and belong in heaven but are nevertheless turned away. Jesus underscores this frightening possibility again in another chapter of Matthew. “Not everyone who says to me, ‘Lord, Lord,’ will enter the kingdom of heaven, but the one who does the will of my Father who is in heaven. On that day many will say to me, ‘Lord, Lord, did we not prophesy in your name, and cast out demons in your name, and do many mighty works in your name?’ And then will I declare to them, ‘I never knew you; depart from me, you workers of lawlessness.’” (Matthew 7:21-23).

How do we understand these passages? To understand who these people are, how they ended up in this position and if we might be one of them seems of paramount importance.

“You know what the greatest torment of hell is going to be?” David Wilkerson asked. “The cross of Jesus Christ and let me tell you why. It's very, very simple. The cross, the Bible says, is an offense to the living, but it's going to be an object all through eternity of hatred and torment. It's because the cross of Jesus destroyed the sinner’s only hope of being saved through his own efforts….

“There’s going to be many others, literally multitudes, who prayed thousands of prayers and said thousands of Hail Marys, never missed mass, went to confession. There’s going to be millions like the rich young ruler who never harmed anybody, gave money to help the poor, cast out devils, healed the sick, did mighty deeds. They thought they earned heaven. Hell was impossible. They were promised paradise….

It’s very likely that hell will be filled with ‘good’ people who will compare themselves to the ‘great evils’ like Hitler or Pol Pot and say, “I never did anything like them. I went to church, and I read the Bible. I shoveled my neighbor’s driveway when it snowed. I don’t deserve to be here.”

Our Fear and Trembling

When faced with these passages, we might cry like Ebenezer Scrooge after witnessing his own dismal funeral and lonely gravestone, “Men’s courses will foreshadow certain ends, to which, if persevered in, they must lead. But if the courses be departed from, the ends will change. Say it is thus with what you show me!”

Scripture puts it this way: “Therefore, my beloved, as you have always obeyed, so now, not only as in my presence but much more in my absence, work out your own salvation with fear and trembling, for it is God who works in you, both to will and to work for his good pleasure” (Philippians 2:12-13).

Good works will never earn us salvation, although they are the fruit of our salvation. Right before Christ’s explanation that some who claim to know him would be cast out, Jesus said, “A healthy tree cannot bear bad fruit, nor can a diseased tree bear good fruit…. Thus you will recognize them by their fruits” (Matthew 7:18, 20). We will see the results of the Spirit’s work in our own hearts and minds if we have the gift of salvation and are sinking our roots into Christ’s water of life. We will feel the conviction and then restoration of the Holy Spirit. We will submit ourselves to the correction of godly men and women.

As Jesus told a listening crowd, “If anyone thirsts, let him come to me and drink. Whoever believes in me, as the Scripture has said, ‘Out of his heart will flow rivers of living water.’” (John 7:37-38). His work in our lives will show.

We are not left to work out our salvation in a void. We must be intentional as we search, but there will be evidence of God’s presence in the temple of our bodies.